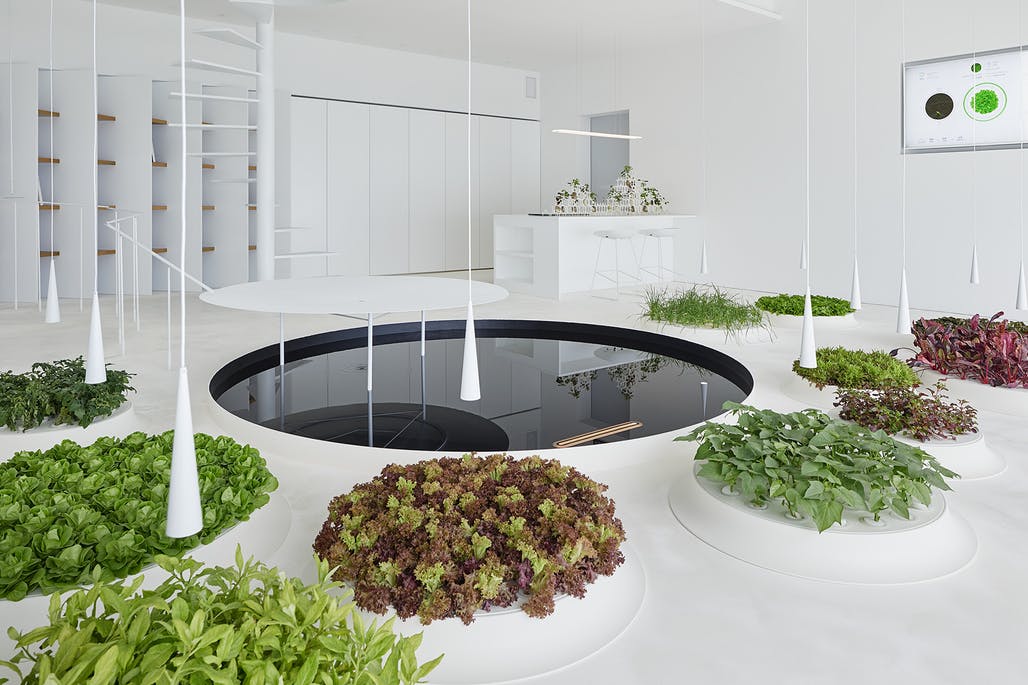 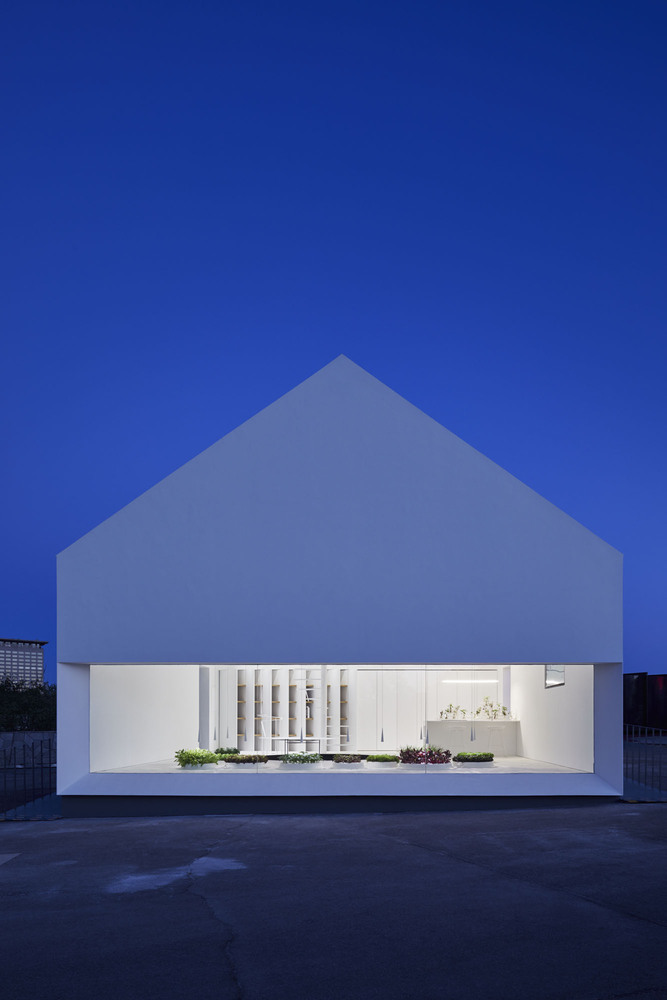 Food production is the primary purpose of Yang Design’s e-Vege House, which makes use of technology to grow and care for food crops like lettuce and herbs. Rainwater is routed from the roof straight down into the plant pots as well as a central pond with a dining table hovering over it. The rest of the space is all clean lines and minimalist white surfaces, with a spiral staircase leading to sleeping quarters above. 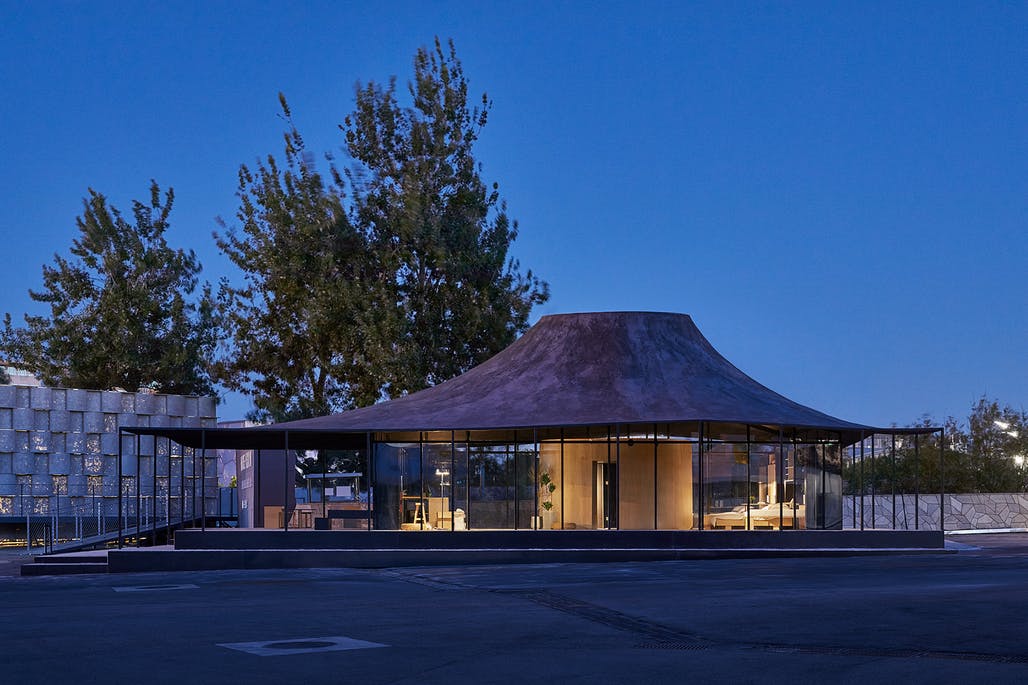 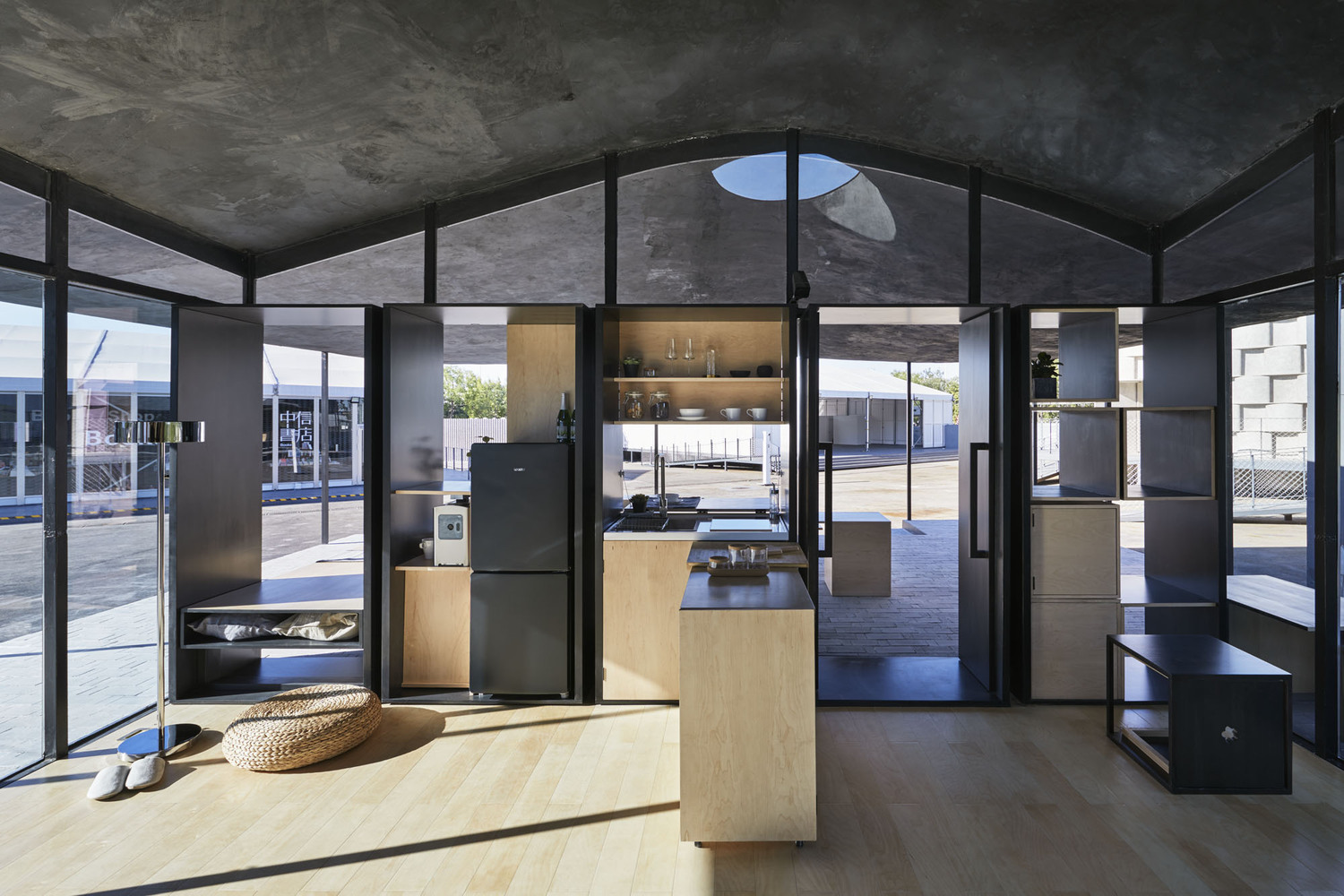 Another prototype taking inspiration from hutongs is the House ATO by Atelier Deshaus. Like the MINI LIVING Urban Cabin, this volume opens many of its basic functions to a covered outdoor space, including the bed and closets. Maybe in the future, we won’t be as concerned with security? It’s a nice thought. 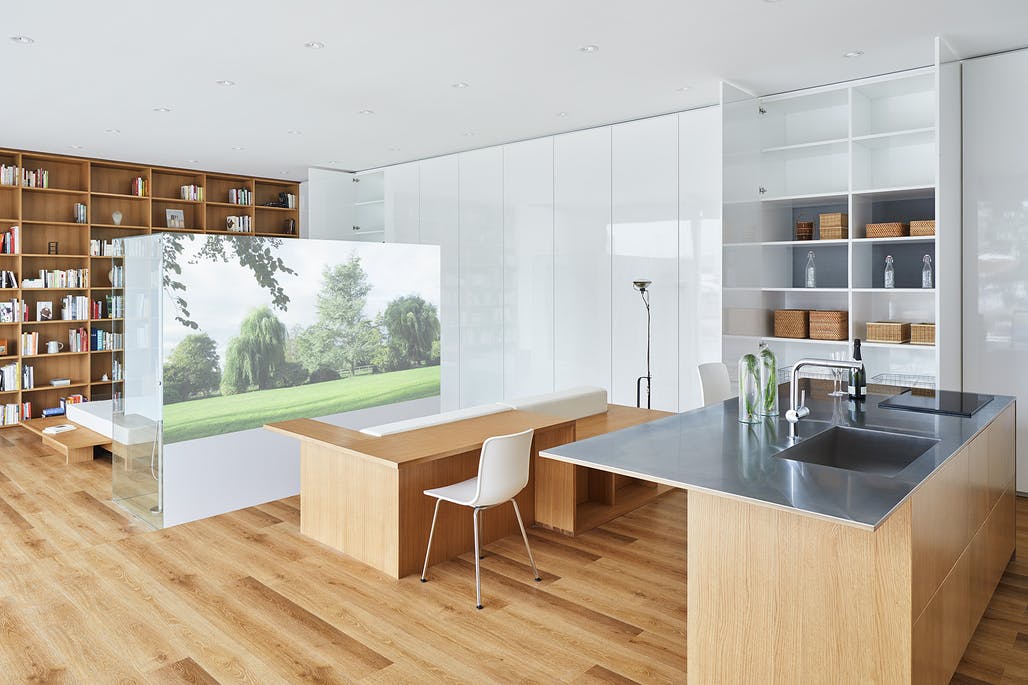 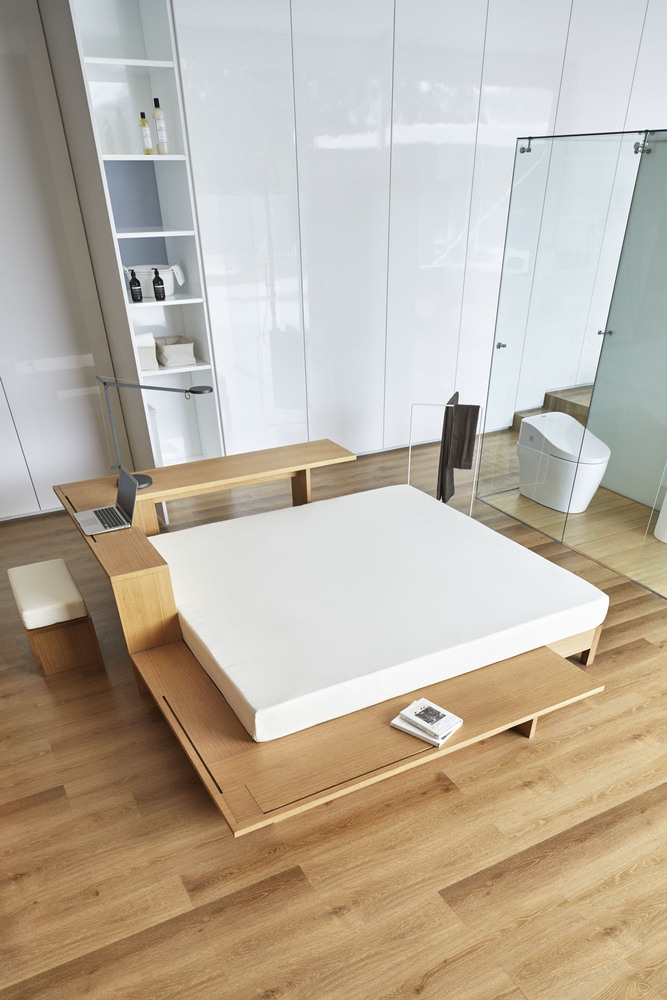 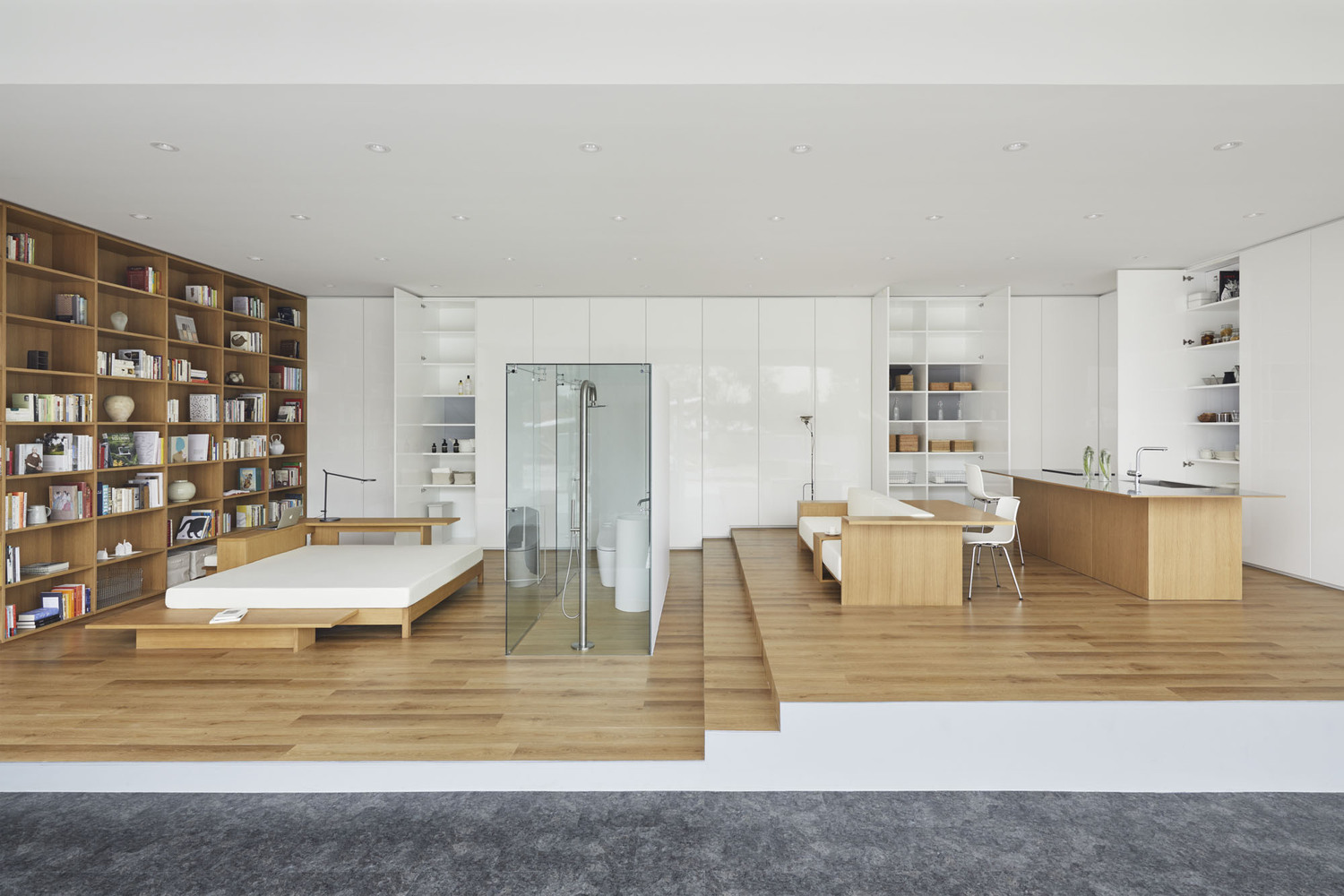 Kenya Hara’s own contribution to his HOUSE VISION project is the Edge-Zero House. While it’s a little more down-to-earth than the other submissions, with fewer self-consciously futuristic elements, that makes it a little more accessible to contemporary viewers. Near-future improvements include oversized, interactive display screens replacing televisions and minimalist furniture that’s still highly functional. 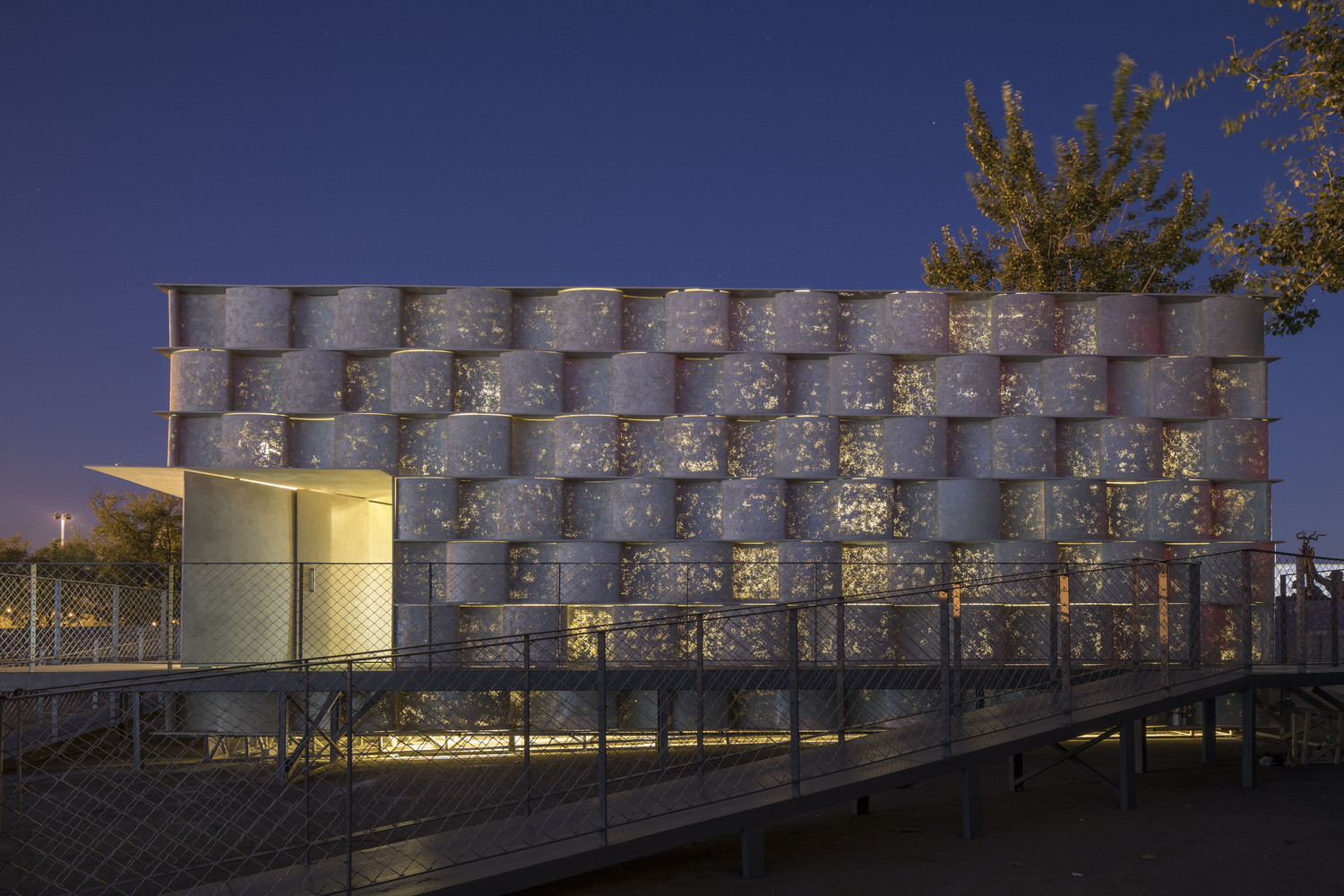 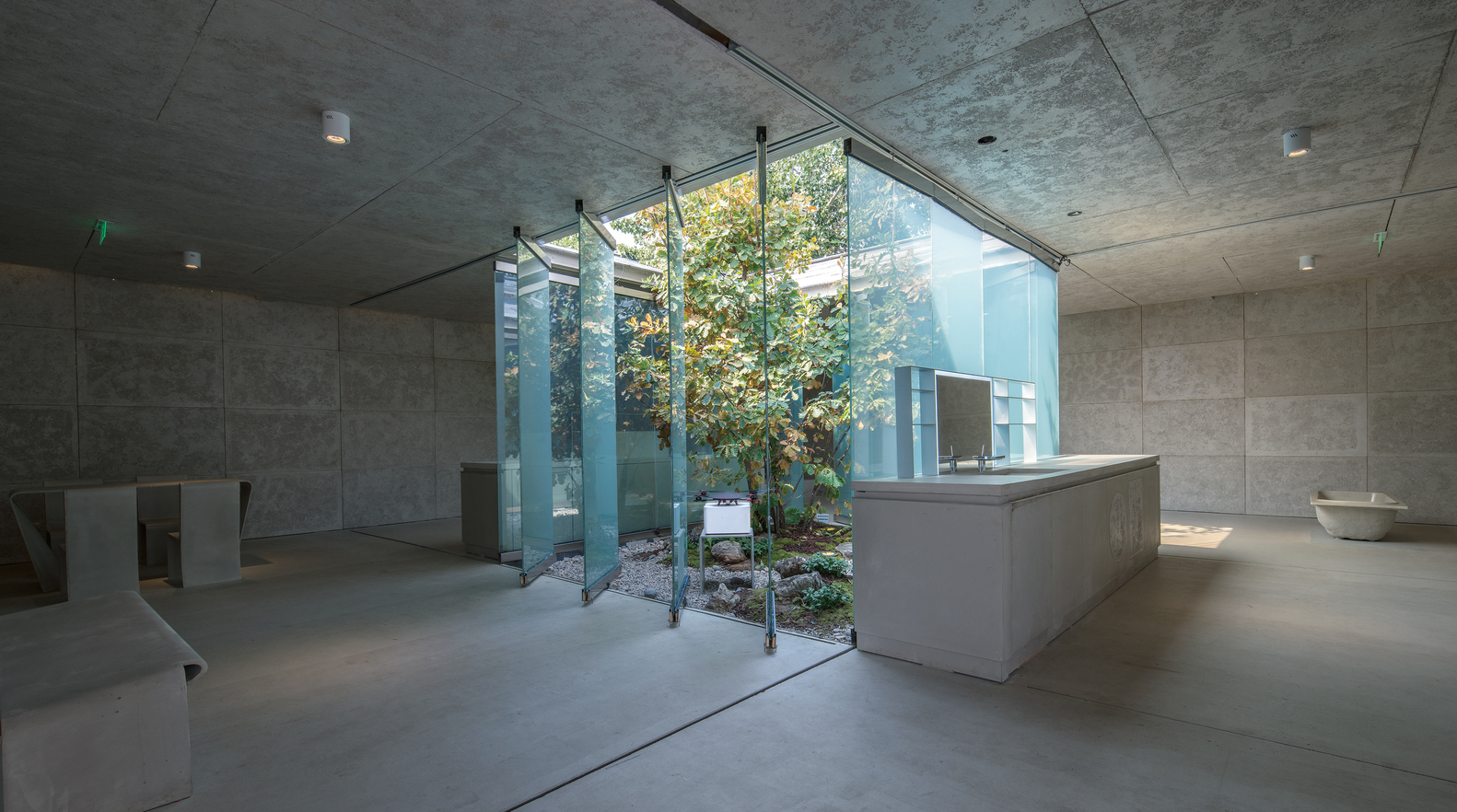 Concrete doesn’t have to be solid and isolating, argues Atelier FCJZ with its monolithic ‘Concrete Vessel,’ which subverts the traditional Chinese courtyard house. This design opens a central atrium to the sky, with panels that can either slide out to allow fresh air and daylight into the room or close to darken it. The structure is made from recycled construction debris and is much lighter in weight than normal concrete, so air and light can be diffused through it. At night, it glows from within, revealing its porosity. 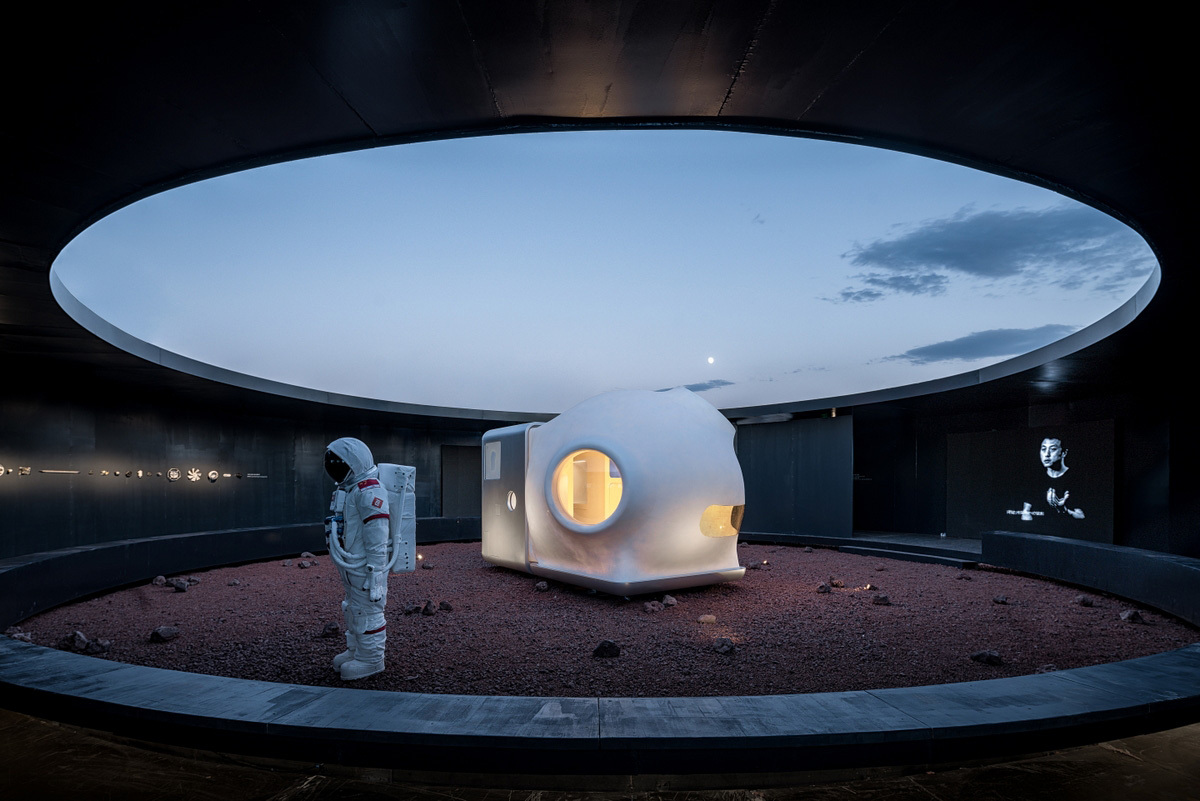 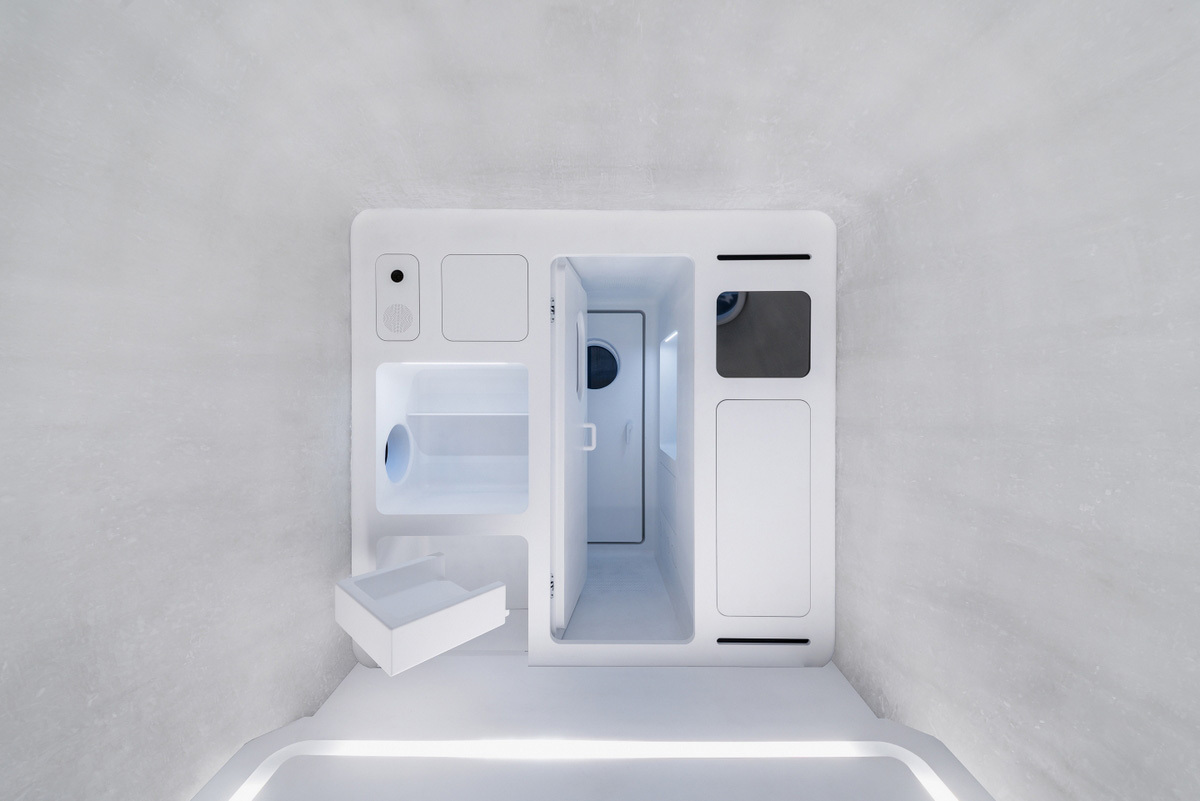 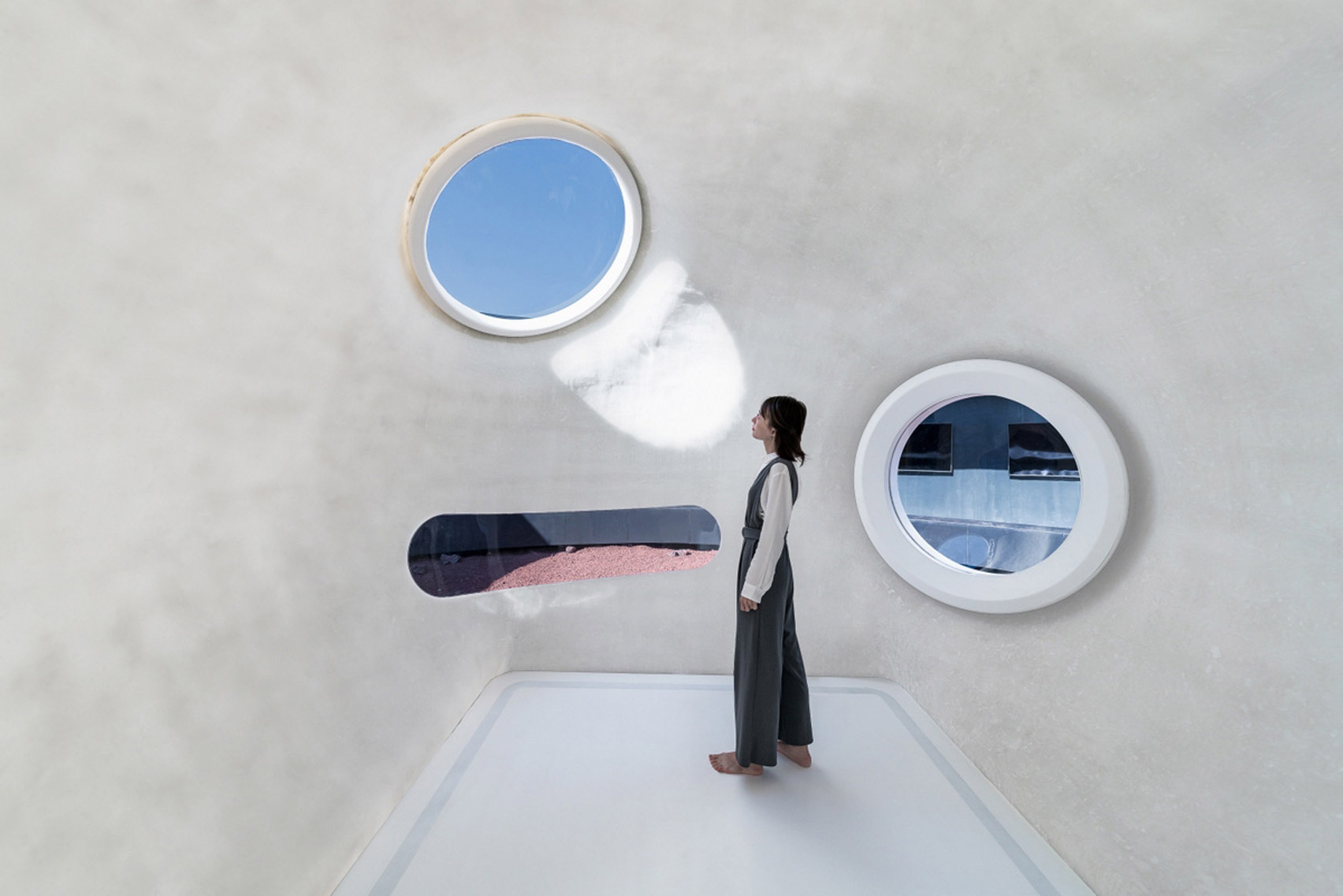 OPEN Architecture is a little more cynical than the others with its response to the design brief, imagining that humans of the future won’t be living on Earth at all. With MARS Case, the architects envision an extremely minimalist lifestyle in response to scarcity of resources. In this fictional future, the survival of humanity is entirely dependent on recycling, so the MARS Case is zero-waste and runs on self-recirculating energy as it harnesses and recycles heat, condensation, exhaust and other byproducts of the electronic devices within it. All of the home’s components can be folded up and transported elsewhere on demand. An inflatable structure creates soft spaces inside the rigid case of the pod.