A Swedish design studio aims to bring new functionality to a century-old bridge in Stockholm, fitting 50 residential units into the framework below while creating a pedestrian path and linear park on the paved thoroughfare above. 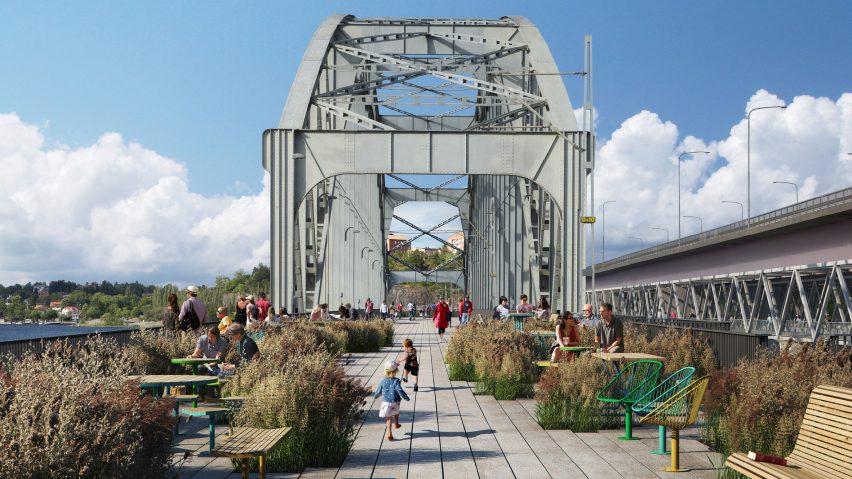 In many cases, new bridges are constructed while their predecessors remain active, so why not use the old adjacent one for something new instead of carefully dismantling it? That’s what Urban Nouveau asks (and answers). 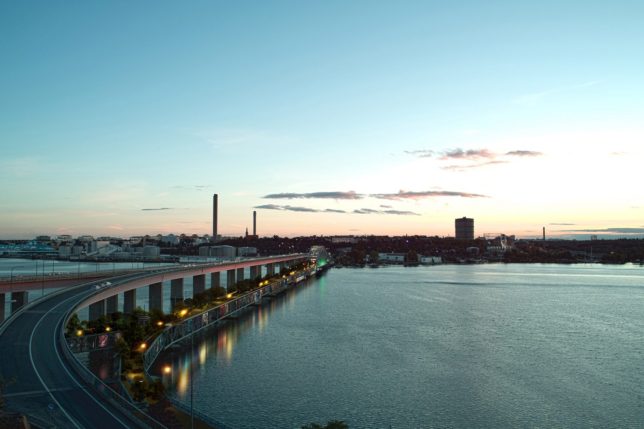 “Gamla Lidingöbron is unique and its cultural historical value increases with time,” say the architects. “It is more resourceful to fix the existing structure than to create tonnes of garbage by demolishing it. The bridge contains public memory and is an important symbol for Stockholm.” 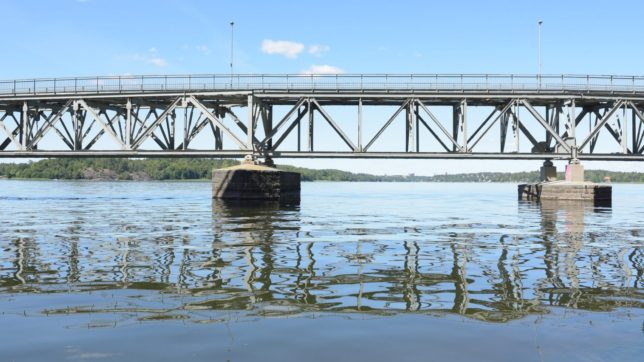 Selling the newly built and centrally located two-story homes (with wonderful views) would bring in the revenue required to renovate the structure for its new use over the next few years while the new bridge is constructed. These units would also take advantage of the existing truss system holding up the bridge structure, requiring less energy and effort to build in the first place. 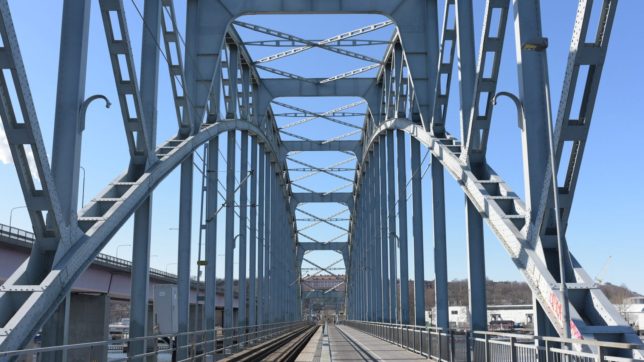 Getting this idea to go viral could, as it did with the High Line in NYC, help it become a reality. “Rather than conservation, this project is about restoring and developing a historic structure as a way to save it from demolition. After publishing our proposal in local media we received mostly positive comments from the local community. A public debate has started. With global support we will bring this project to reality.”