Over the past decade, over 1,000 artists and 60,000 visitors have taken part in this incredible seasonal arts event, coming together to create an annual temporary community-on-ice in one of the nation’s coldest states. 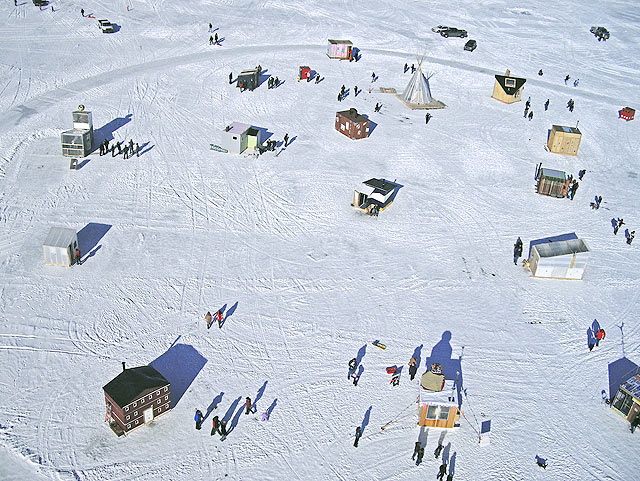 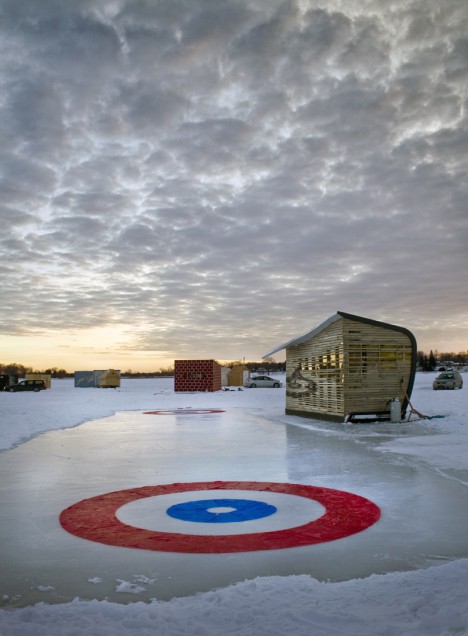 Known as the “Land of 10,000 Lakes” but also as a center for the arts, Minnesota seems the perfect place for the Art Shanty Projects – a temporary autonomous zone where two disparate concepts to come together: the tradition of ice shacks built for fishing and the idea of public, interactive, community-built art on those same iced surfaces. 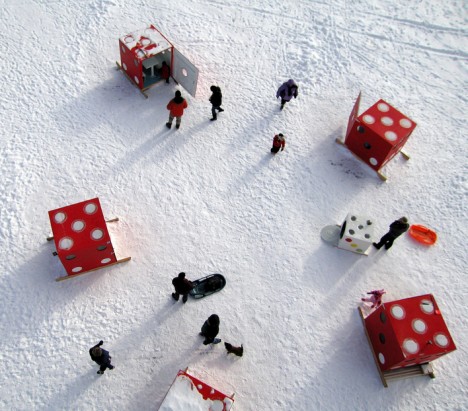 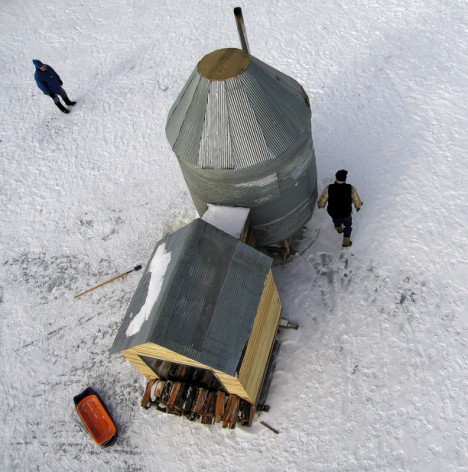 Comparisons have been made to Burning Man, but those sell short the unique local nature of this undertaking. One thing they do share, however, is a harsh (if opposite) environmental context that makes serious demands on buildings and shapes their form and function. The resulting structures are a mixture of wooden stick-framed shacks, metal geodesic domes, triangular tipis and other proven engineering approaches mixed with creative touches and unusual applications. 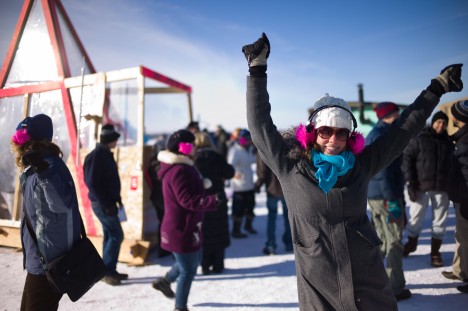 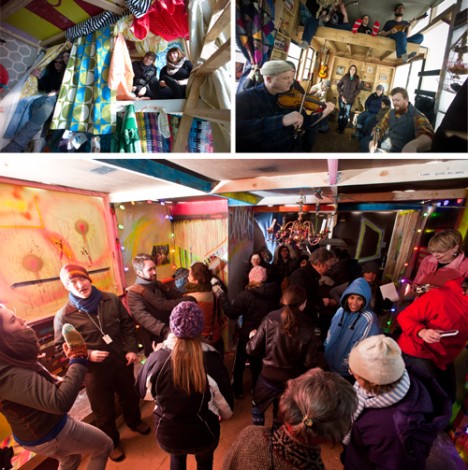 In years past, first on Medicine Lake and later White Bear Lake, the spaces these shape have featured a little bit of everything, from interactive games and dance floors to indoor and outdoor theatrical and musical performances. Sometimes a wild art car or two can be spotted patrolling the streets of the the shanty village as well and strange sculptures have been known to crop up in between buildings as well. While some things are scheduled, visitors learn to expect the unexpected. 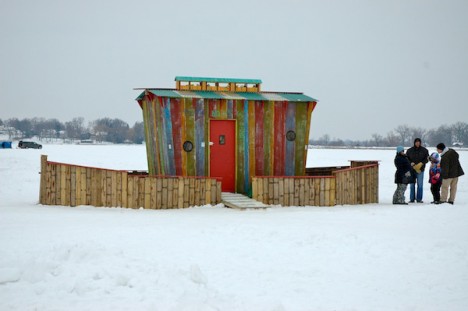 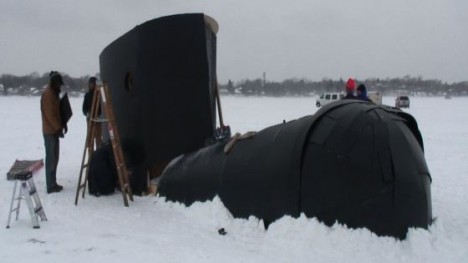 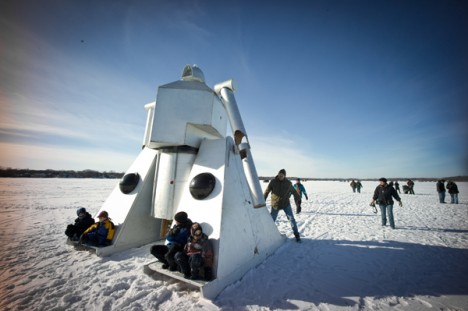 This winter, the Art Shanty Projects is taking a break from the On-Ice Program to celebrate 10 years of success and complete a pivotal transition into an official non-profit 501(c)(3) organization. However, the organization is hosting a fundraising retrospective featuring some of the best shanties of years past as well as a custom-brewed beer specifically created for the event, taking place on February 28th at the Fulton Brewery in Minneapolis (more details can be found on ArtShantyProjects.org). Anyone wishing to donate to next year’s program can also do so online at Give.MN. This year, ASP is also a finalist for an Art Place America grant and is competing for a Black Rock Arts Foundation grant. 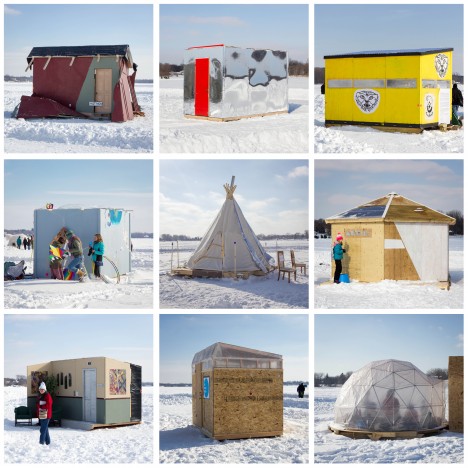 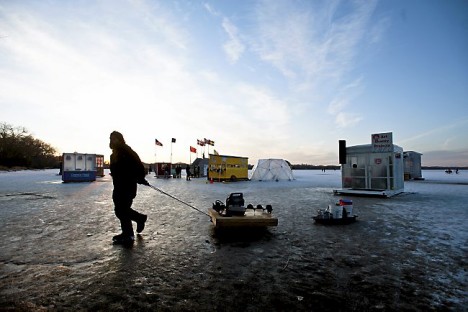 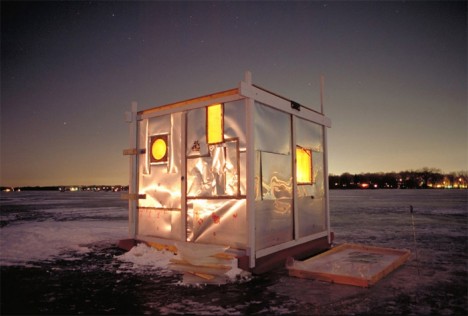 More about ASP: “Art Shanty Projects is an artist driven temporary community exploring the ways in which relatively unregulated public spaces can be used as new and challenging artistic environments to expand notions of what art can be. Our organization values artists, art in all communities, and the importance of interaction between the two. Through an array of artists receiving fair wages for their work, we broaden perceptions of art while maintaining respect for the environment and communities in which we work.” Note: the writer of this article serves as on the Board of Directors for the Art Shanty Projects, an unpaid position.