The project of a Syrian-born artist and architect and an Iraqi-born author, this installation invites viewers to imagine what refugees leave behind when the pack up the few things they can carry and flee an oppressive regime or war-torn country. 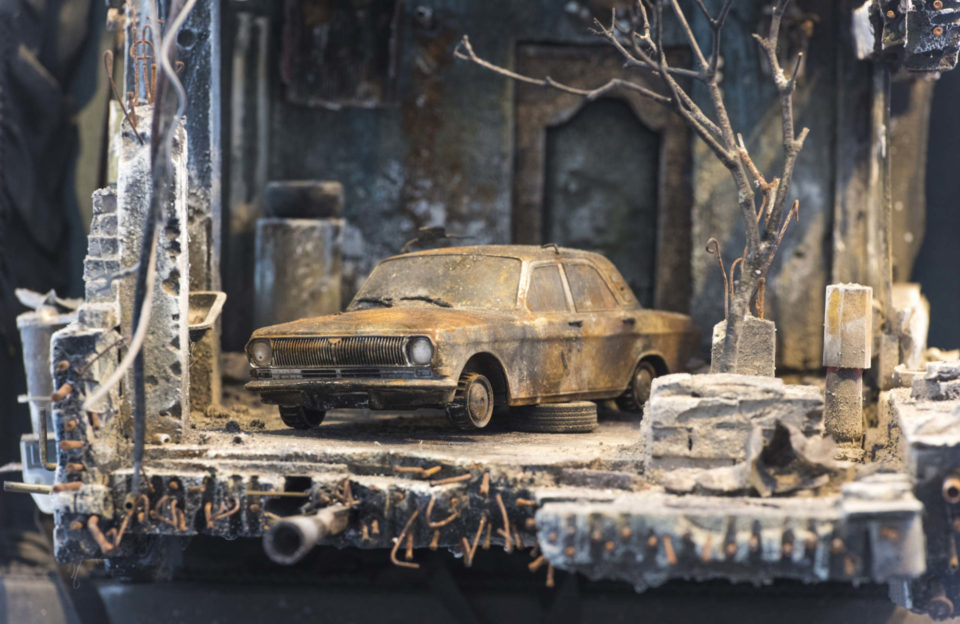 The UNPACKED: Refugee Baggage installation by Mohamad and Ahmed Badr “sculpturally re-creates rooms, homes, buildings and landscapes that have suffered the ravages of war. Each is embedded with the voices and stories of real people — from Afghanistan, Congo, Syria, Iraq and Sudan — who have escaped those same rooms and buildings to build a new life in America.” 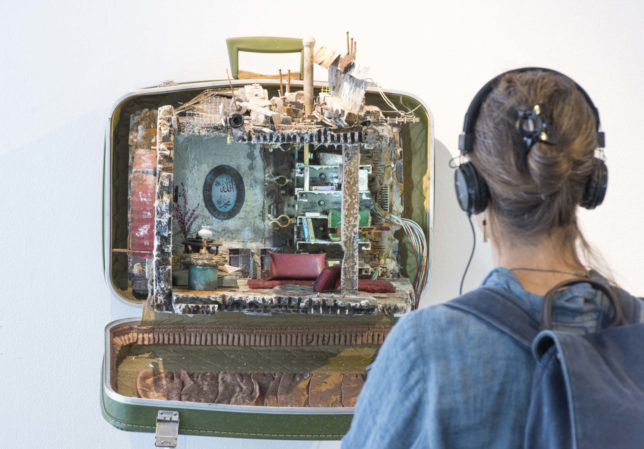 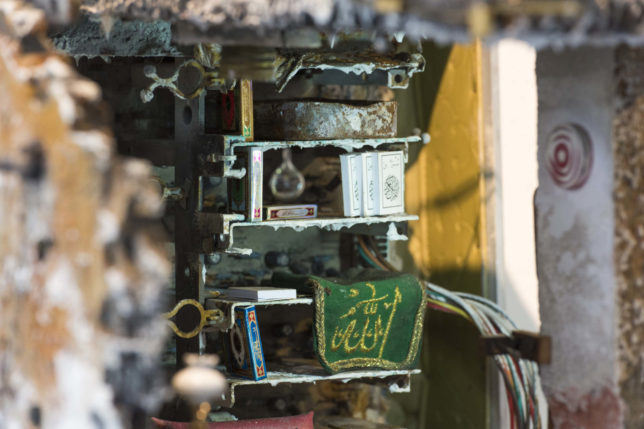 Visitors can listen to the stories of refugees on headsets attached to each diorama in the series, complete with “miniature cars, tiny living room sets, and even fake plants adorn the open luggage—installations which each” took months to complete. 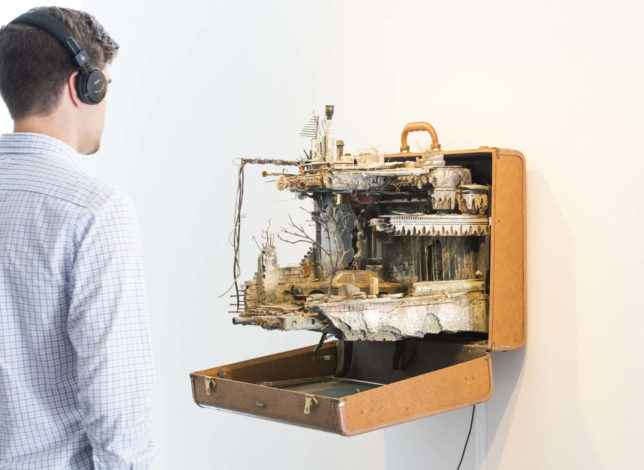 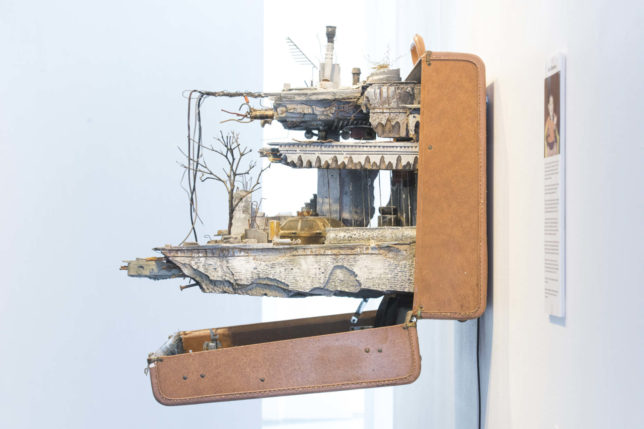 The work hits at all levels: the scenes look small and fragile, familiar but derelict, while framing them inside baggage conjures images of flight. Together with the audio, they are powerful awareness-raising tools in the fight to humanize refugee situations. 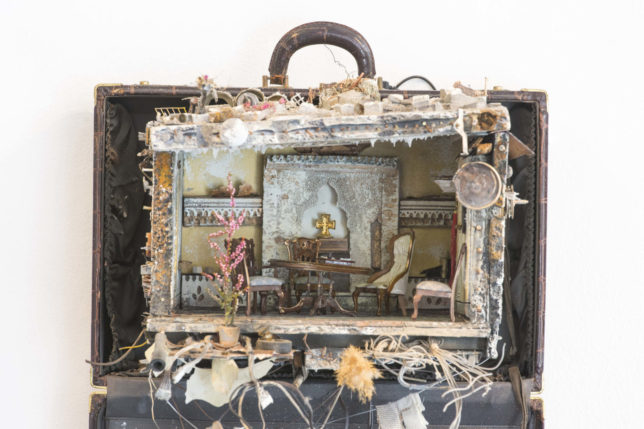 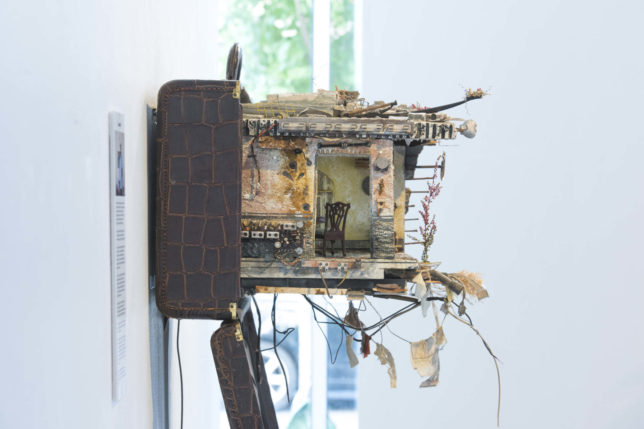 More about its creators: “A Syrian artist and architect, Mohamad was born in Damascus, raised in the Kingdom of Saudi Arabia, and educated in the Midwestern United States. Expressing the juxtaposition of East and West within him, Hafez’s art reflects the political turmoil in the Middle East through the compilation of found objects, paint and scrap metal. His work has been profiled by NPR , New Yorker Magazine, and The New York Times. With four highly acclaimed exhibits under his belt, Hafez creates surrealistic Middle Eastern streetscapes that are architectural in their appearance yet politically charged in their content.” 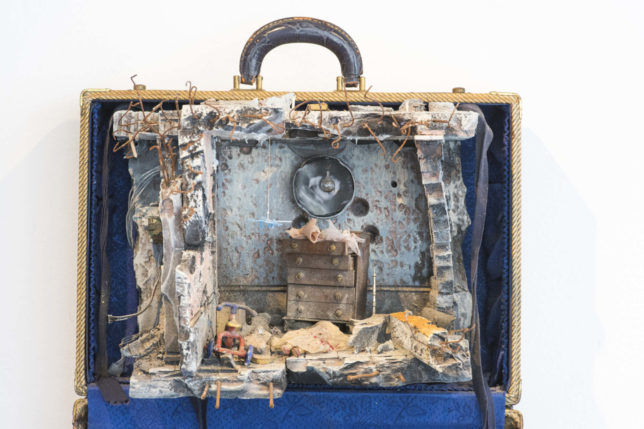 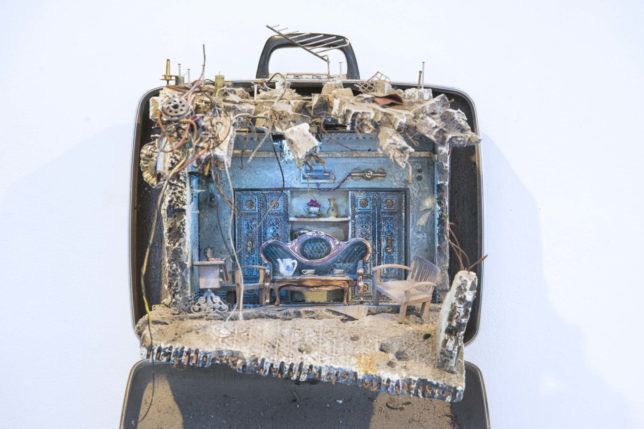 “Ahmed is a writer, social entrepreneur, poet, and former refugee from Iraq. With work featured by Instagram, NPR, The Huffington Post, Adobe, United Nations, and others, Ahmed explores the intersection between creativity, the refugee experience, and youth empowerment. Ahmed is attending Wesleyan University, where he is a Fellow at the Allbritton Center for the Study of Public Life. Ahmed is the host of TOGETHER, a UN Migration Agency podcast that is centered around the stories of refugee and migrant youth across the world.” 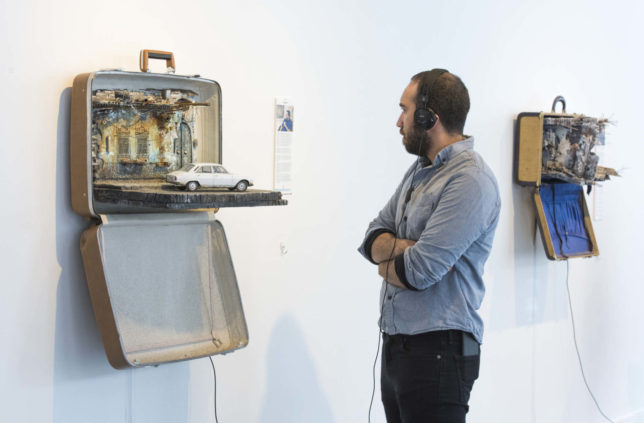