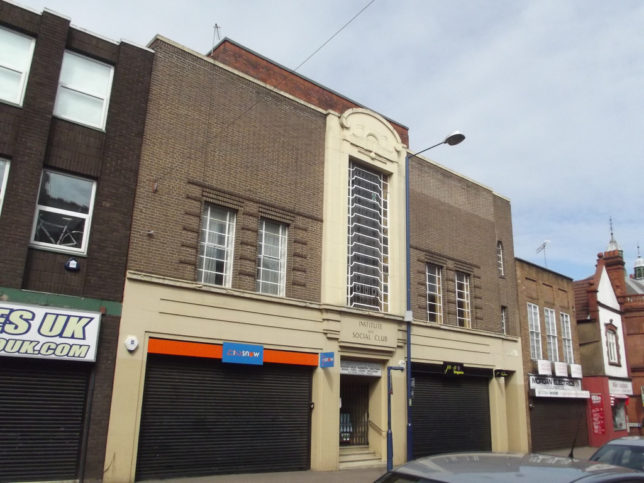 The Stourbridge Institute and Social Club sounds impressive and looks the part as well, even after being closed for umpteen years. Much fun was to be had behind the multistory building’s carved stone Art Deco facade, which advertised “snooker tables, badminton, table tennis, bridge, chess, lounge, and restaurant.” Institutionalize us, please! 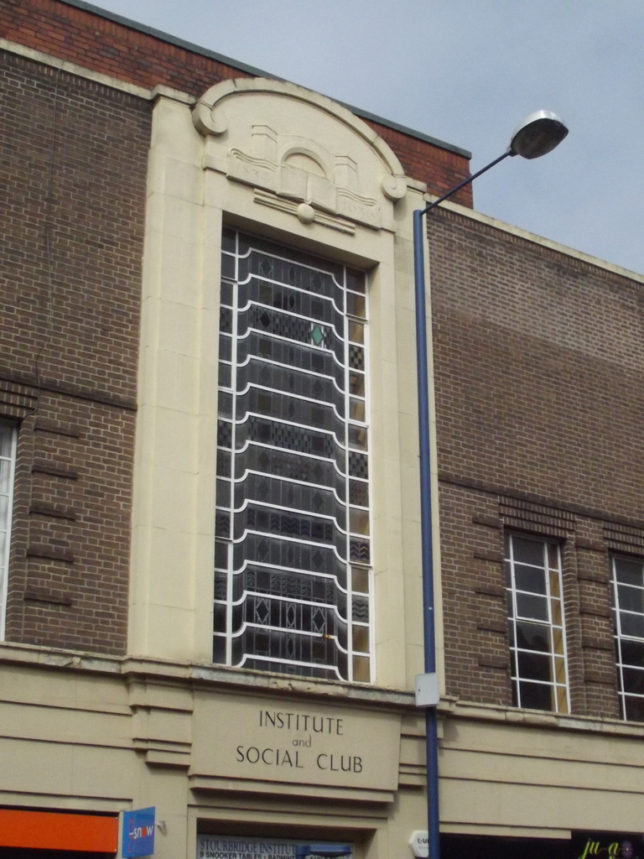 All in all, not too shabby for a West Midlands (UK) burg that today boasts a population of roughly 65,000. Flickr member Elliott Brown snapped the snazzy site while passing through Stourbridge in April of 2013. 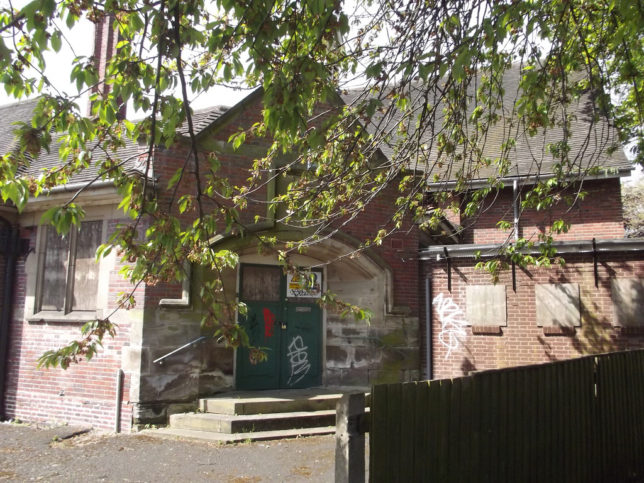 Here’s the abandoned Friends Meeting House in Stirchley, southwest of Birmingham, UK. Members of the Religious Society of Friends (aka “Quakers”) who worked at the huge Cadbury’s chocolate factory complex in nearby Bournville would meet here in lieu of attending formal church services, as their creed instructed that “where two or three meet together in My name, I am there among them.” Flickr member Elliott Brown captured the decidedly UNfriendly exterior of the abandoned meeting house in May of 2013. 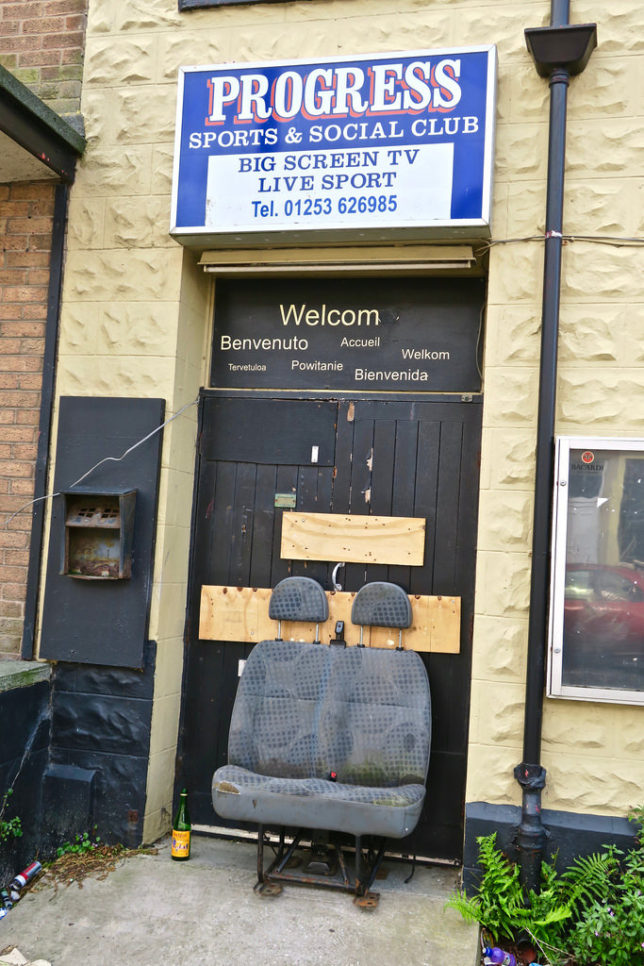 If the opposite of progress is Congress, then what can we infer from Flickr member Robby Virus‘ shot of the Progress Sports & Social Club? Well, no one is “Welcom”, for one thing, no matter how many languages are used to state otherwise. Also, someone has taken extreme measures to ensure Progress allows neither ingress nor egress. The result: gridlock, not unlike… Congress. It’s the circle of social life. 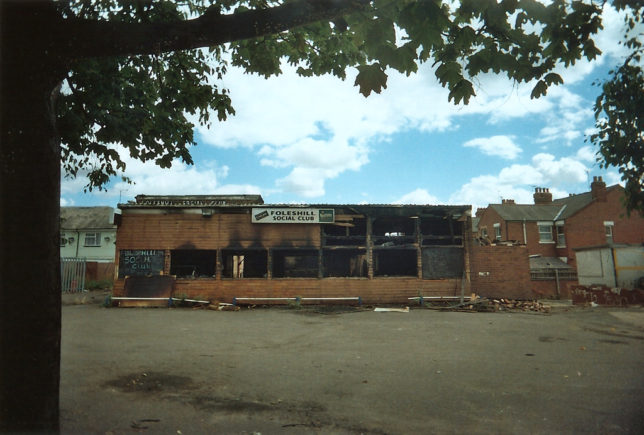 The Foleshill Social Club is SO hot right now… smokin’ hot, some might say. Unfortunately for patrons of the Coventry, UK gathering place, the last folks who gathered there were firefighters. Looks like the fire won. Flickr member Johnny Wilson (johnnytakespictures) captured the post-conflagration scene in August of 2011. 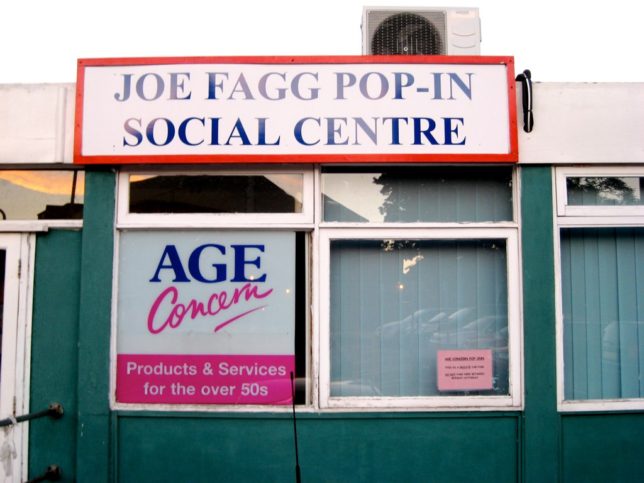 The Joe Fagg Pop-In Social Centre provided “products & services for the over 50s” according to this photo from Flickr member Jim Waddington dated September 14, 2007. Being that was almost a dozen years ago and the actuarial tables being what they are, you can’t feel much optimism for the Ashford, Kent, UK social club going forward.

Sure enough, in late 2018 a tender was put out by Ashford Borough Council “to carry out the demolition of a 1980s community building and reinstate the area back to car parking.” One might say they’ll pave a pop-in paradise to put up a parking lot… apologies to Joe AND Joni.