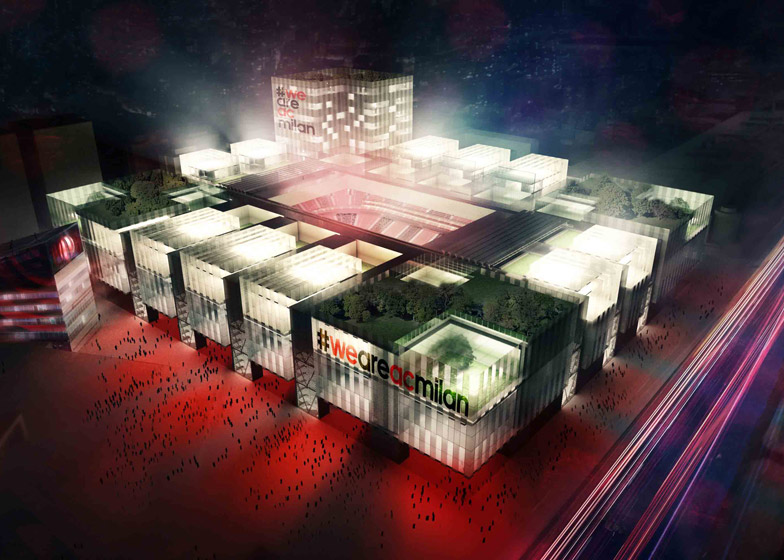 Sports stadiums can be contentious, particularly when located in the heart of a city, but this design works in various ways to reduce disruptions to urban fabric, slotting seamlessly into its surrounding context. 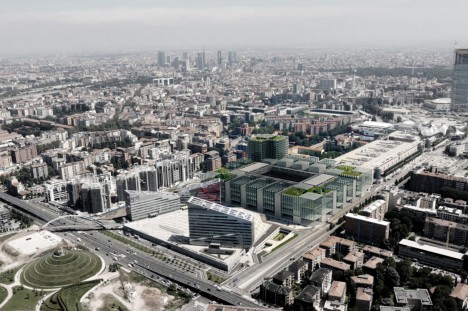 Reinforced with soundproofing and a plan to sink its base into the ground, adding these architectural buffers on all sides helps reduce noise pollution for blocks on all sides as well as providing street-level continuity for those walking and driving through the city. Mark Wilson compares it to a combination of historical fortifications and suburban shopping centers: “around the stadium’s heart, architects will build a castle-like perimeter of restaurants, a hotel, and a sports college. From the street, the stadium just looks like a block-wide mall.” 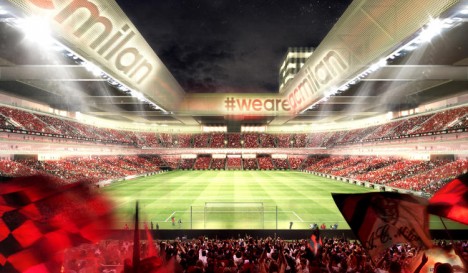 The stadium itself features a spectator-optimized design intended to provide the best view possible for all visitors as well as a removable roof to allow for play in various conditions. 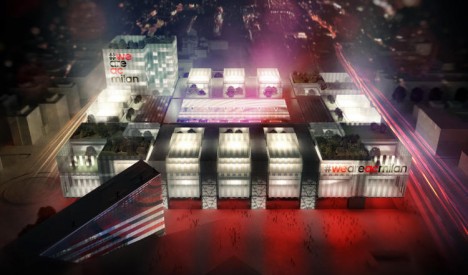 There are many structures that arguably should stand out from their surroundings – civic buildings like city halls, for instance – but sports stadiums rarely look good in and of themselves, and far too frequently interrupt what is going on in the cities around them. Typically, “even the most beautifully designed stadiums are an eyesore. They’re sprawling moles protruding from the skin of an urban environment, distended to accommodate a wide footprint of seats low to the ground.”