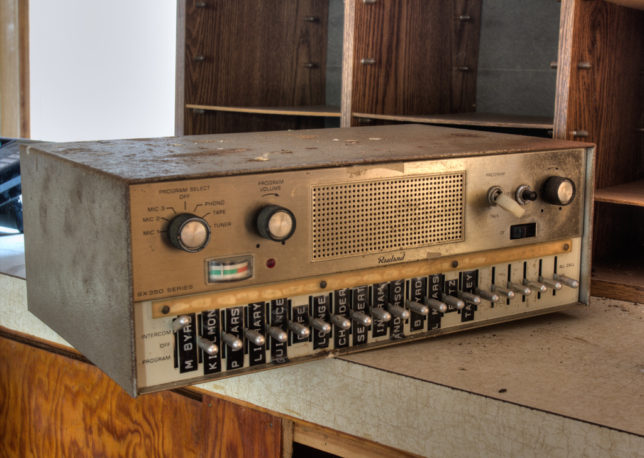 Central High School graduated its last class in 1984; then soldiered on as Central Middle School until 2005 when it was closed. Oddly enough, the school building was not securely locked up, even after it was added to the National Register Of Historic Places of VA in 2011. 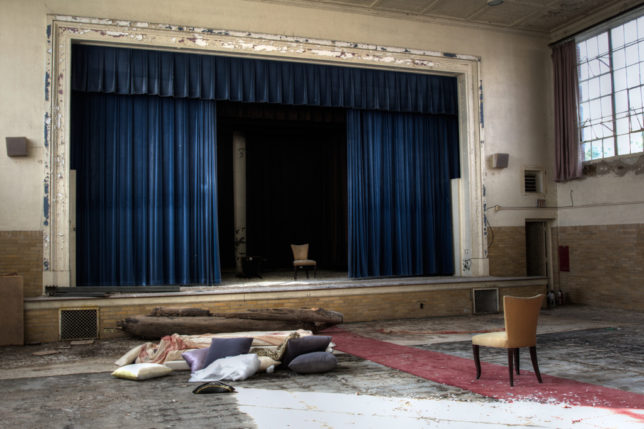 Photographer Joel Handwerk of Lithium Photo visited the abandoned school sometime in 2016, roughly around the time two other urbex explorers (wideeyevideo and Dan Bell ) recorded videos there. Both the two videos and Handwerk’s photo set all feature the same chair in the main auditorium, in approximately the same position.

Get The Lead Out 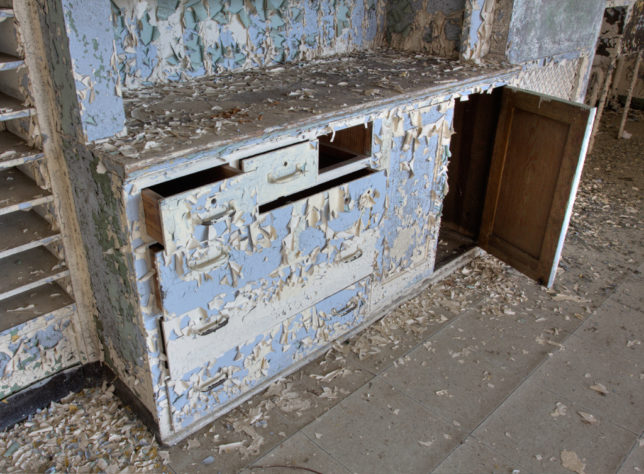 The school’s interior, though thankfully not trashed or vandalized, doesn’t exude as much Art Deco charm as the exterior. If the copious curls of peeling paint are any indication, however, it’s likely that dangerous levels of lead (and probably asbestos) ARE being exuded: expensive hazmat remediation is the main reason these classy and classic old buildings aren’t re-purposed more often. Recent reports indicating the Trump administration is looking to ease restrictions on asbestos use may offer hope for the building’s future, however, so you never know. 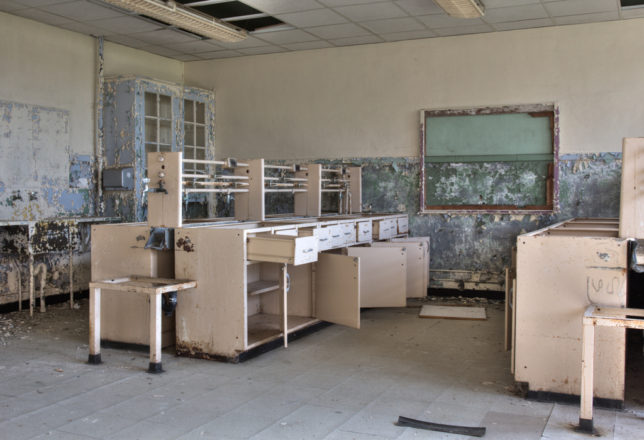 More images of the abandoned Central High School can be found at Lithium Photo and, should you find yourself roaming the Eastern Shore, you might want to respectfully pop in to this decaying yet still breathtaking state landmark… just don’t breath too deeply. (exterior images via Ammodramus, interior images via Joel Handwerk of Lithium Photo)