Rolled Out & Dialed In 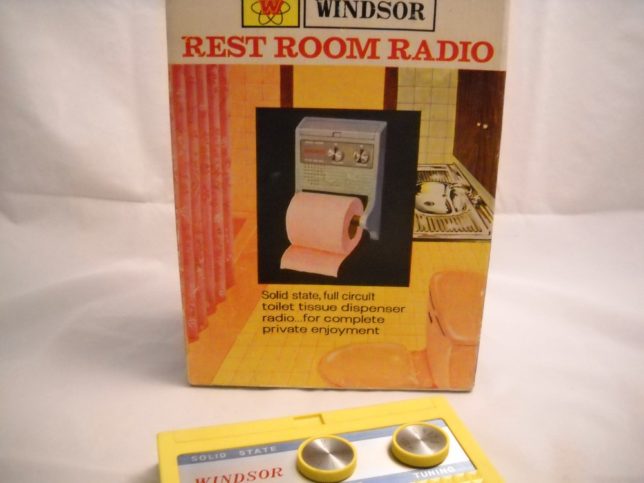 You gotta love the “Solid State” and “Hi-Fi Deluxe” legends on this Windsor-brand restroom radio though we’re not sure what makes it so deluxe – maybe the sunflower embossed into the speaker grill facade? Retro on 8th snapped the above example complete with the original box that recommends it to ensure “complete private enjoyment”. Ah yes, the Me Decade was a simpler and more innocent time. 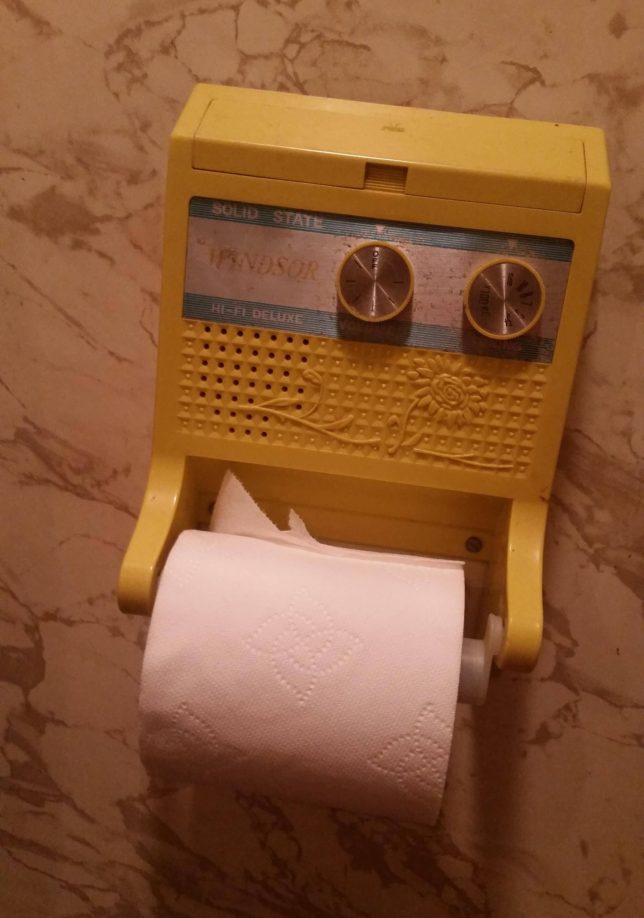 Thoughtful design considerations extended to the back of the device where discriminating homeowners could opt for mounting on one or two wall hooks or via the use of some sort of adhesive. Seems to us the latter option would be preferable: less rattling and jiggling when the TP unrolls. Yeah, we know, TMI. 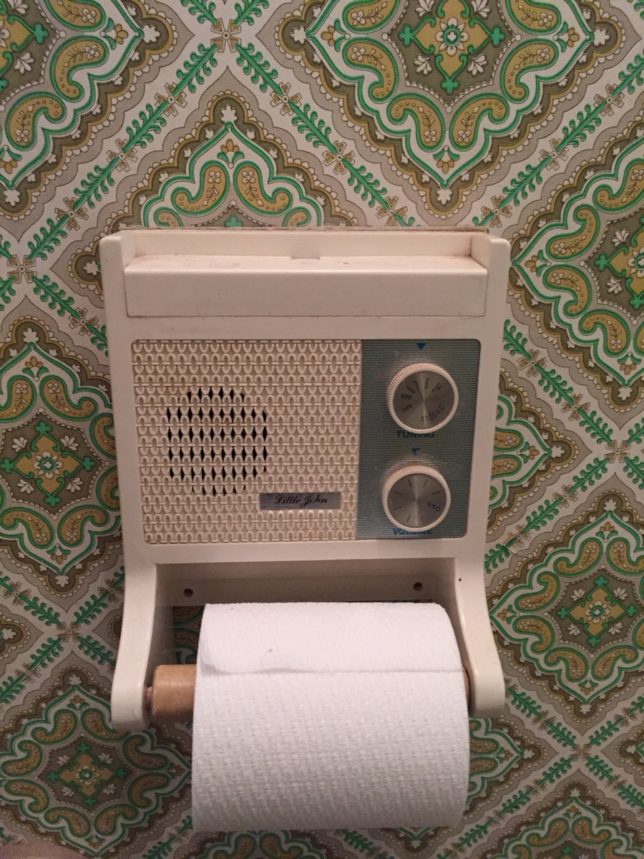 Color palette aside, these restroom radios embodied another vestige of the Fabulous Fifties: over-hyped names. We’ll assume the UK’s Royal Family (famous throne-sitters though they might be) were not consulted as to the use of their family name. Other dubiously impressive monikers included “Nobility“, “Futura“, “Westminster“, “Ultra Tone“, and “Federal“. OK, that last one is kind of appropriate – “government waste” and all. The “Little John” above is a mildly humorous outlier from the trend.

The Sound of Sirens 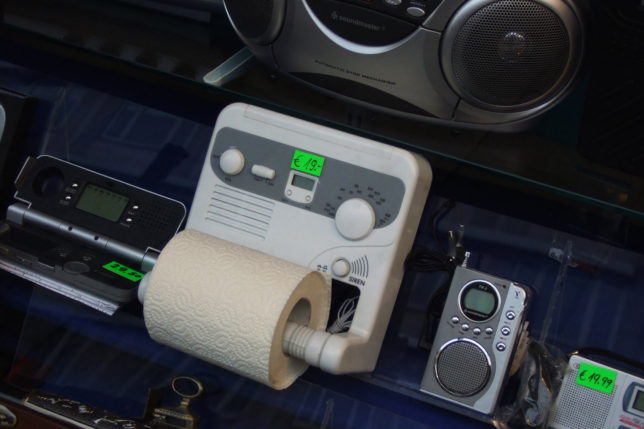 We sincerely hope ol’ John F. Lewis ended up profiting from his patent over its 14-year term but if you thought the Restroom Radio was deservedly dumped after 1983, well, think again. For better or worse, these curious gadgets are still available, as the example above captured by Flickr member Lars Trebing illustrates. To Lewis’ credit, his basic design still holds up though a few tweaks reflect more modern times: an FM band, an LCD digital clock, and… a siren? Yeah, those two orders of Five-Alarm Wings mean consequences will never be the same.