Don’t touch that dial… these weird 70s bathroom music machines combined the utility of a toilet paper roll holder with the sweet sound of an AM radio. 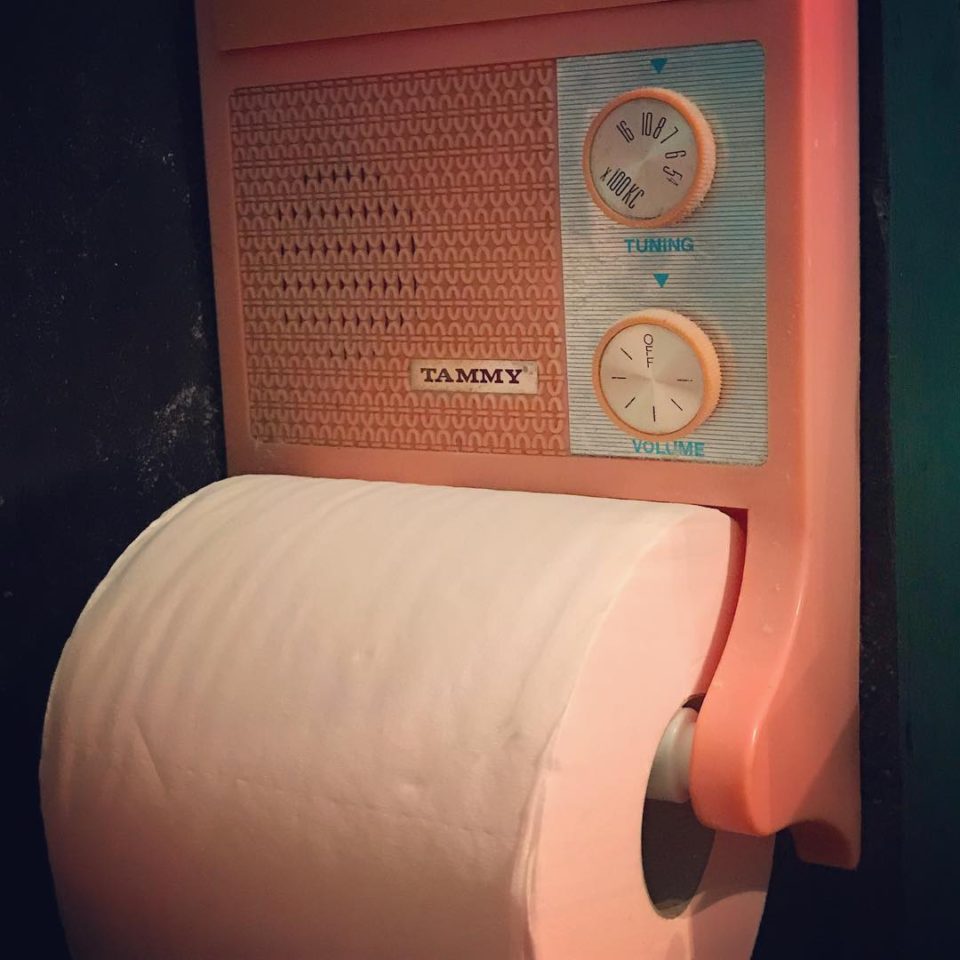 A visit to one’s parents or grandparents wouldn’t be complete without a visit to the “facilities”, where you stood (or sat, as the case may be) a fairly decent chance of finding a restroom radio. Encased in plastic dyed in unnatural hues apparently lifted from a 1958 DeSoto brochure, these incongruous yet ingenious multifunctional devices emerged at the end of a decade that witnessed one of mankind’s most historic accomplishments: landing a man on the Moon and returning him safely to the Earth. 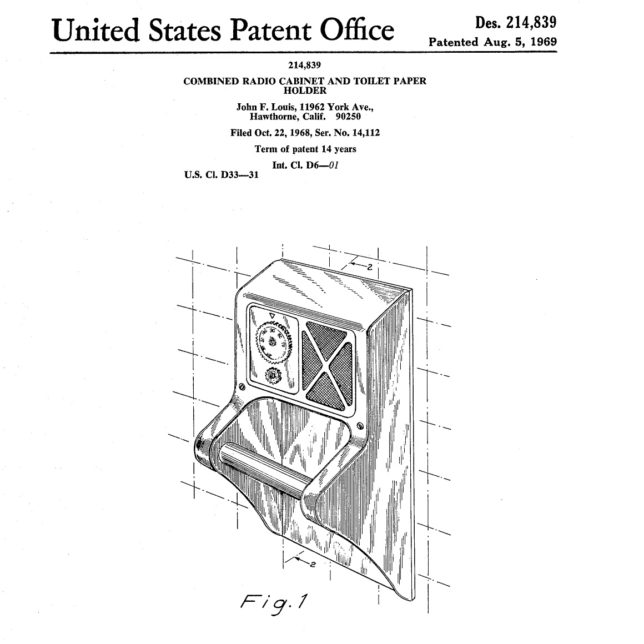 A mere 16 days after Armstrong and Aldrin left the first human footprints on another heavenly body, the United States Patent Office formally granted patent #214,839 to John F. Lewis of Hawthorne, CA for his “Combined Radio Cabinet And Toilet Paper Holder”. No doubt Lewis was greatly relieved, having applied for the patent almost ten months previously. As for Armstrong and Aldrin, presumably they were relieved as well once they could relieve themselves in Earth gravity again. 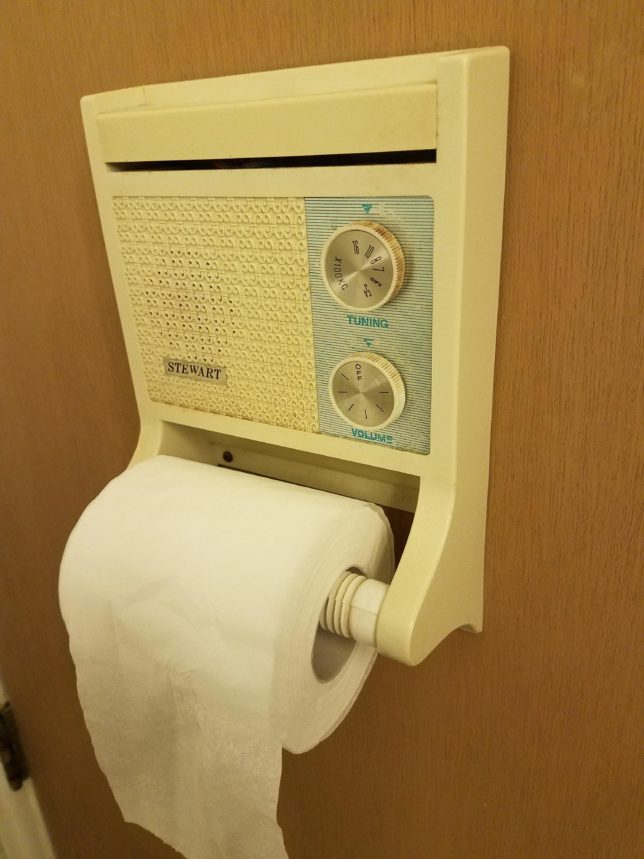 It wasn’t long before a number of manufacturers (including “Stewart“, above) began pumping out restroom radios that generally hewed quite closely to Lewis’ patented design. Among the differences – some might say improvements – were same-sized Volume and Tuning dials and the relocation of the battery compartment to the top of the unit, protected by a snap-on cover. On the downside, the dials’ milled edges were tough to clean… yuck.