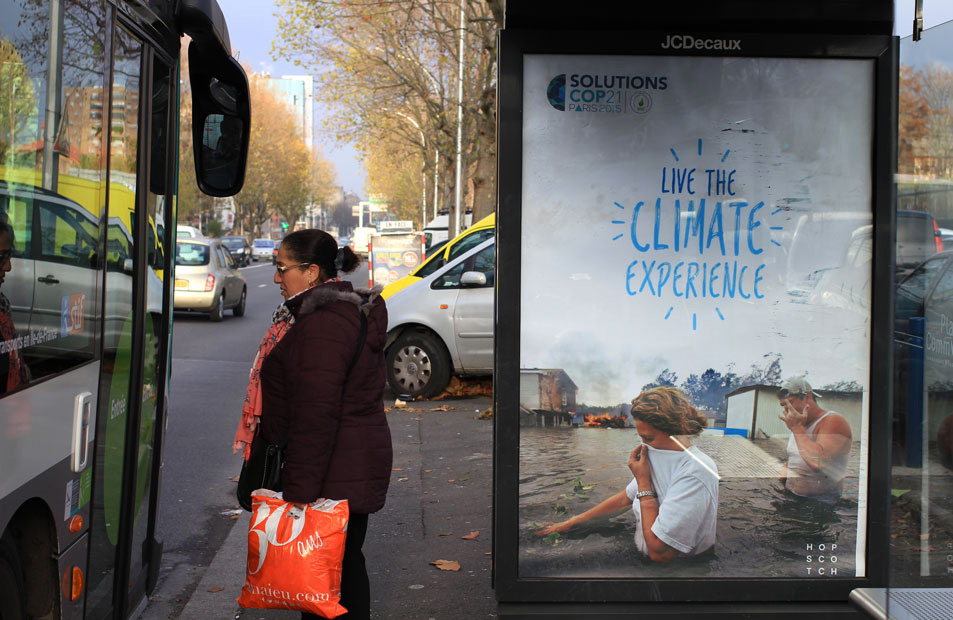 In a massive coordinating guerrilla marketing campaign, 82 artists from 19 countries produced and installed 600 convincing false advertisements around Paris, all targeting major polluters and corporate backers of the COP21 Climate Conference. 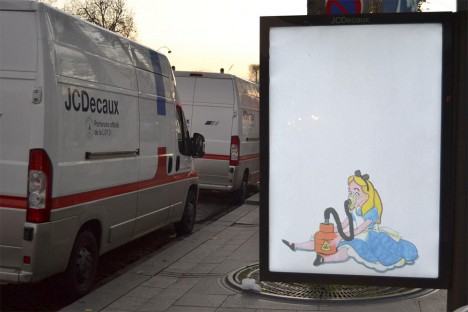 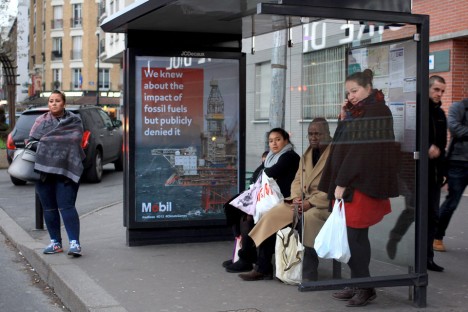 Orchestrated by Brandalism, these installations were professionally executed, placing real-looking adverts behind panes of glass at bus stops and street corners around the city. The aim: to raise awareness of corporate interests in the talks, particularly those with high fossil fuel consumption, and attempts by such companies to greenwash their behavior and appear to be on the side of sustainability. 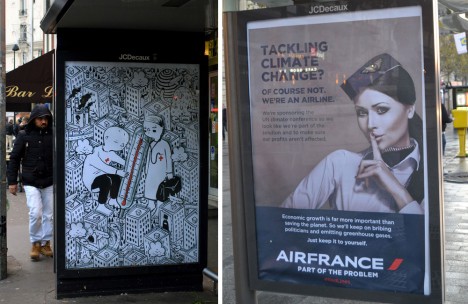 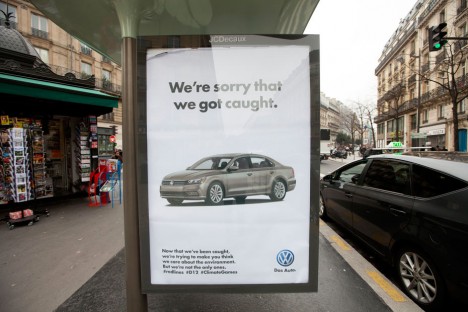 The works came in all forms, from political cartoons to stark photographs showing the realities of climate change and impacts around the world. Some highlighted the roles of specific brands while others spoke more generally to the consequences of global pollution left unchecked. 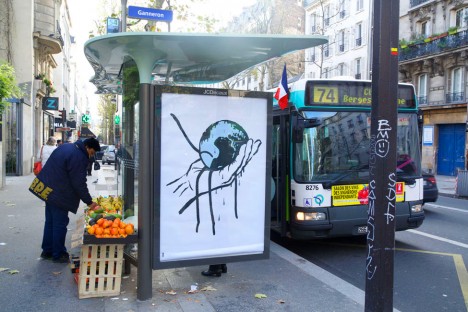 From the organizers: “Amidst the French state of emergency banning all public gatherings following the terrorist attacks on 13 November in Paris, the ‘Brandalism’ project has worked with Parisians to insert unauthorised artworks across the city that aim to highlight the links between advertising, consumerism, fossil fuel dependency and climate change.”