Using a series of networked camera-and-projector units, this working demonstration turns an entire living room into and interactive gaming environment. Dubbed RoomAlive (a successor to IllumiRoom, featured previously), this augmented reality expansion from Microsoft could transform not just the way we game but ultimately the way to interact with everyday spaces both private and public.

Existing objects and furniture within the space are automatically mapped and integrated into a given game or experience. The constituent procam units are auto-calibrating and can self-localize so long as there is some overlap in their fields of view. The entire array is designed to be simple to install and use – it effectively sets itself up once you put the technology in place. 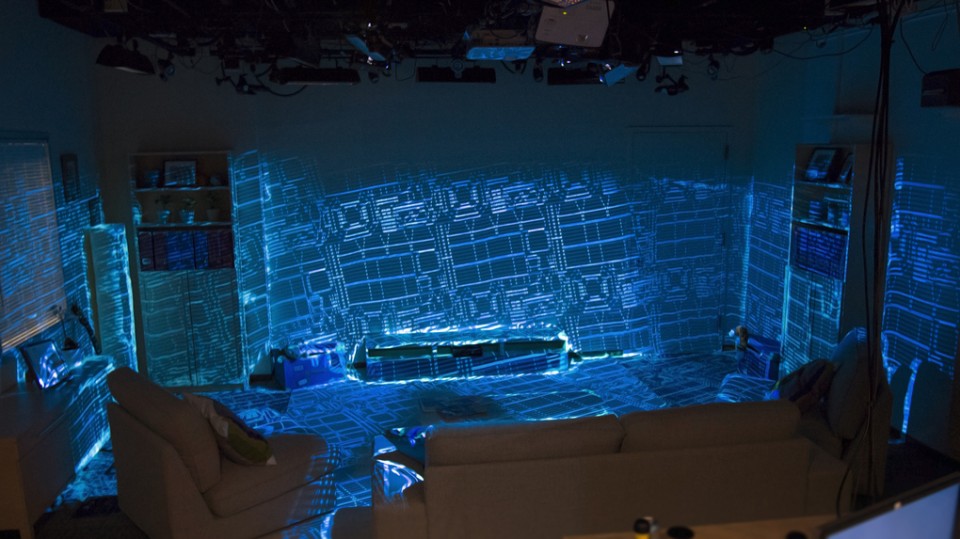 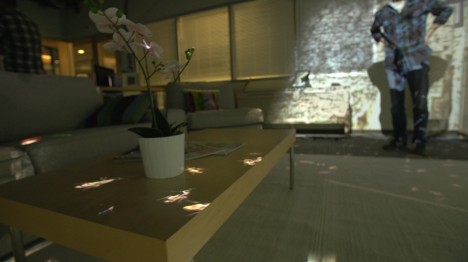 The system creates a depth-aware 3D model of the room, identifying vertical and horizontal surfaces, which is plugged into a Unity gaming engine. It then populates the space with whatever the user desires, from passive environments to active games. Virtual characters can navigate along the floor then up along the walls, for instance, but users can also dodge and shoot, interacting as characters themselves. Items in the room can also become props, toys or tools within a programmed scenario. 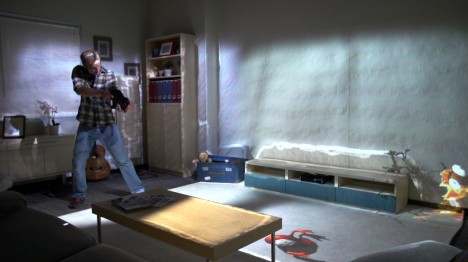 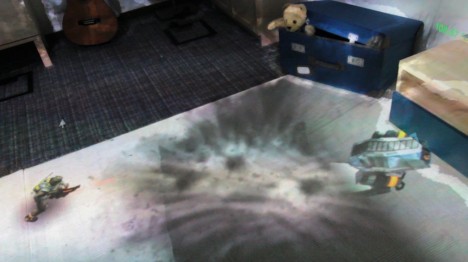 This particular demo integrates six Kinect cameras to show various scenes and scenarios – just the tip of the iceberg. These could, of course, also be deployed in other settings to turn public or institutional spaces into fully interactive environments. For now, this is just a demonstration, but as these technologies become less expensive and more accessible it is easy to imagine commercial applications of all kinds.

From from the Microsoft development team: “RoomAlive is a proof-of-concept prototype that transforms any room into an immersive, augmented entertainment experience. Our system enables new interactive projection mapping experiences that dynamically adapts content to any room. Users can touch, shoot, stomp, dodge and steer projected content that seamlessly co-exists with their existing physical environment.” 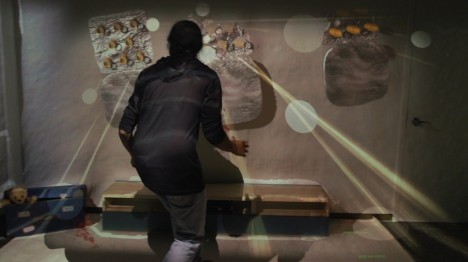 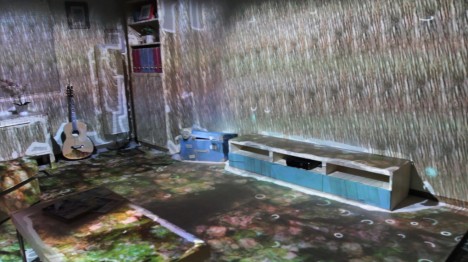 “The basic building blocks of RoomAlive are projector-depth camera units, which can be combined through a scalable, distributed framework. The projector-depth camera units are individually auto-calibrating, self-localizing, and create a unified model of the room with no user intervention. We investigate the design space of gaming experiences that are possible with RoomAlive and explore methods for dynamically mapping content based on room layout and user position. Finally we showcase four experience prototypes that demonstrate the novel interactive experiences that are possible with RoomAlive and discuss the design challenges of adapting any game to any room.”