The Bog Standard Toilet Seat Roll Holder may be the sanitation solution nobody asked for but British designer Henry Franks really doesn’t give a crap. 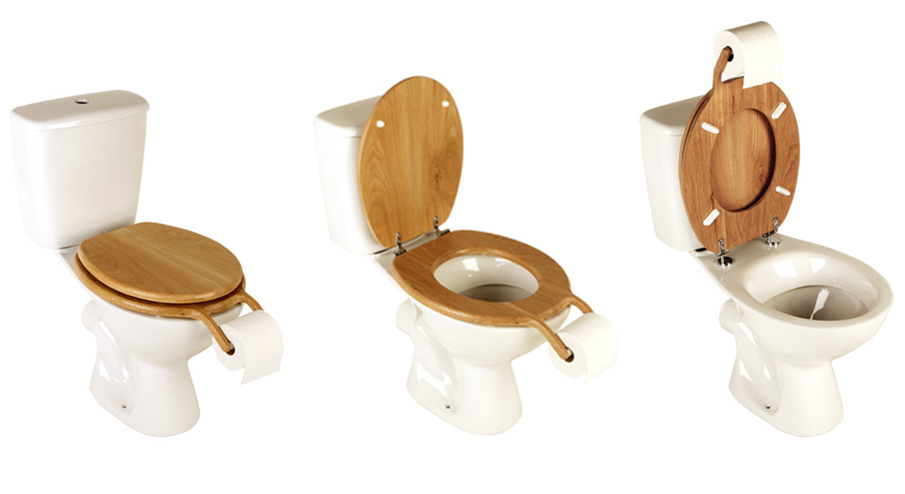 “Bog Standard” is an oak wood toilet seat with a TP roll holder deliberately and seamlessly integrated into the front of the seat. Now this is where most folks would insert the classic, crying-anime-girl “why would you do that??” meme but bear with us: there’s a method behind (pun unintended) Franks’ madness. 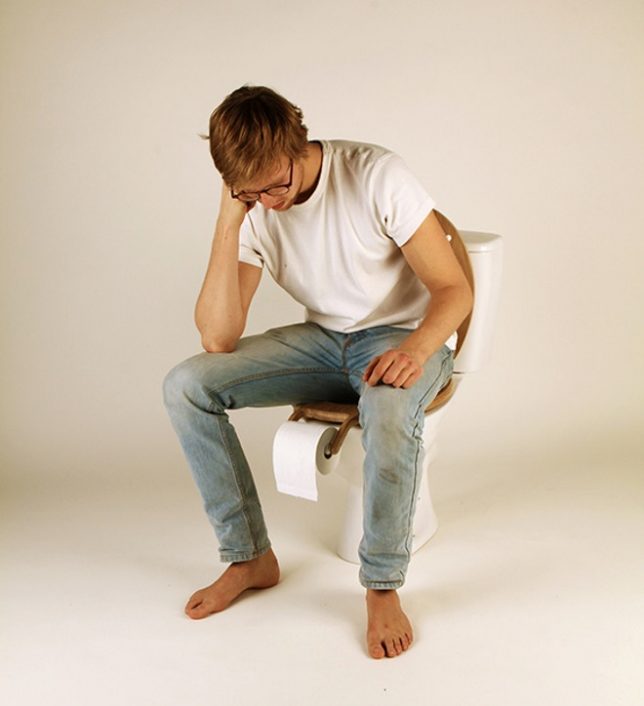 “This was part of a research project into how the mechanics of humor can be used to improve everyday objects,” explains Franks (above), a 29-year-old Oxford-based product designer. “By placing the loo roll at the front, it becomes a clean handle for people to pick the seat up with and is arguably where you want the loo roll in the first place,” he adds. Yeah, we’re guessing more than a few of those people WOULD argue that point – some might even impugn the designer as some sort of lavatory loo- er, lu-natic. 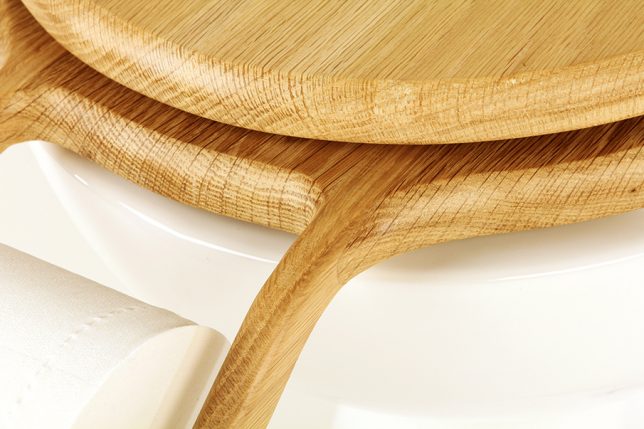 “Franks’ Folly”, if you will, makes the age-old tiff between those who mount their toilet paper rolls over-hanging or under-slung seem almost inconsequential… which it most assuredly is NOT! Whew, gotta take a deep breath – funny how the little things in life too often get blown way out of proportion. 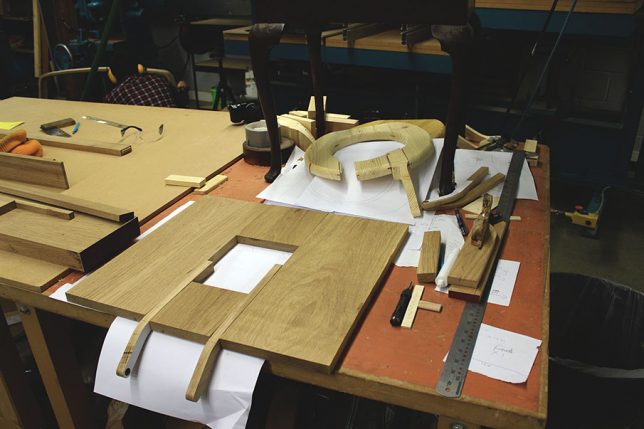 But we digress, and Franks has more to say: “Making people talk about an event by designing an experience using a humorous product hopefully brings awareness of how mundane or everyday products could be enhanced,” he opines, “and if nothing else hopefully brings a smile to the user.” 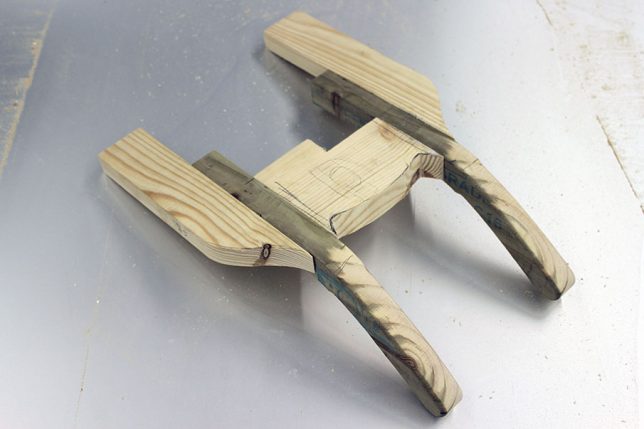 Indeed, perhaps the designer’s hands-on exploration into “toilet humor” is just what’s needed to put this truly existential (if not excremental) question in perspective. Then again, one look at Franks’ front-mounted roll holder and it’s obvious that this novel placement demands the roll feed out over, not under. At least now we know where his loyalties lie. 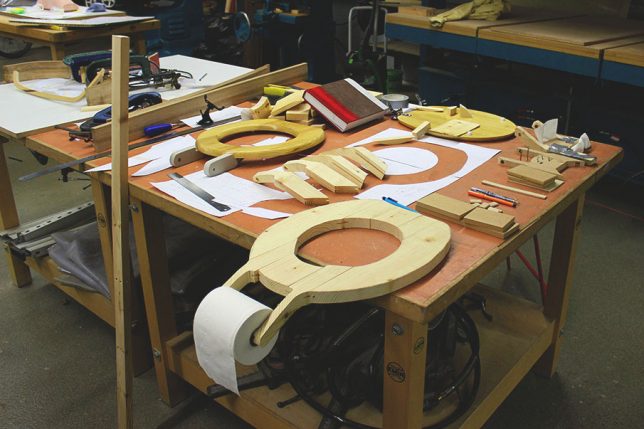 As far as forcing the toilet roll to act as the toilet seat’s handle, we fear Franks may be stretching the point a tad. Not that the concept of a front-mounted handle isn’t appealing (though still problematic for sanitary considerations), but do you really want to use toilet paper that’s been “handled” by the previous user? No, no you do not. 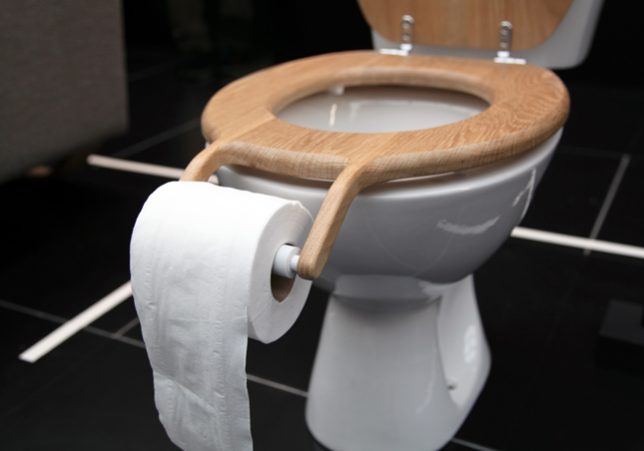 Maybe we’re over-analyzing Franks’ innovative exercise in bathroom tissue mechanics – he did state his prime focus was on the mechanics of humor, after all. As well, one does not simply build a better mousetrap… and the humble toilet roll we know and love is darned near unimprovable unless designers strike out in unusual and unexpected directions. 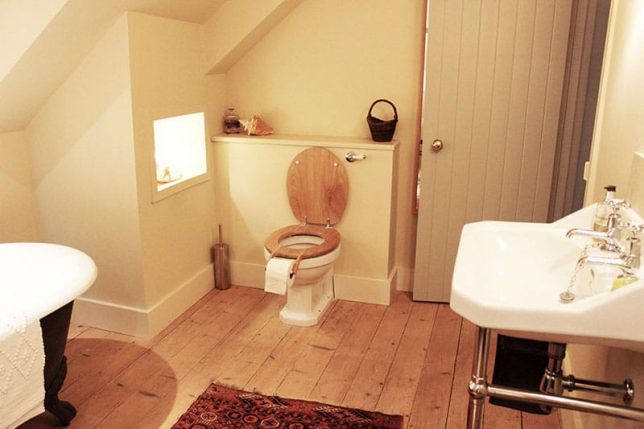 Think you could live with a toilet roll holder mounted on the front of the seat? Are you aching to ask unsuspecting friends, family and neighbors to pop in for a poop? Then we’ve got some good news for you: the Bog Standard Toilet Seat Roll Holder could be yours! Contact Henry Franks online via his website for more information. (via Designboom, Designrulz, and Tuvie)