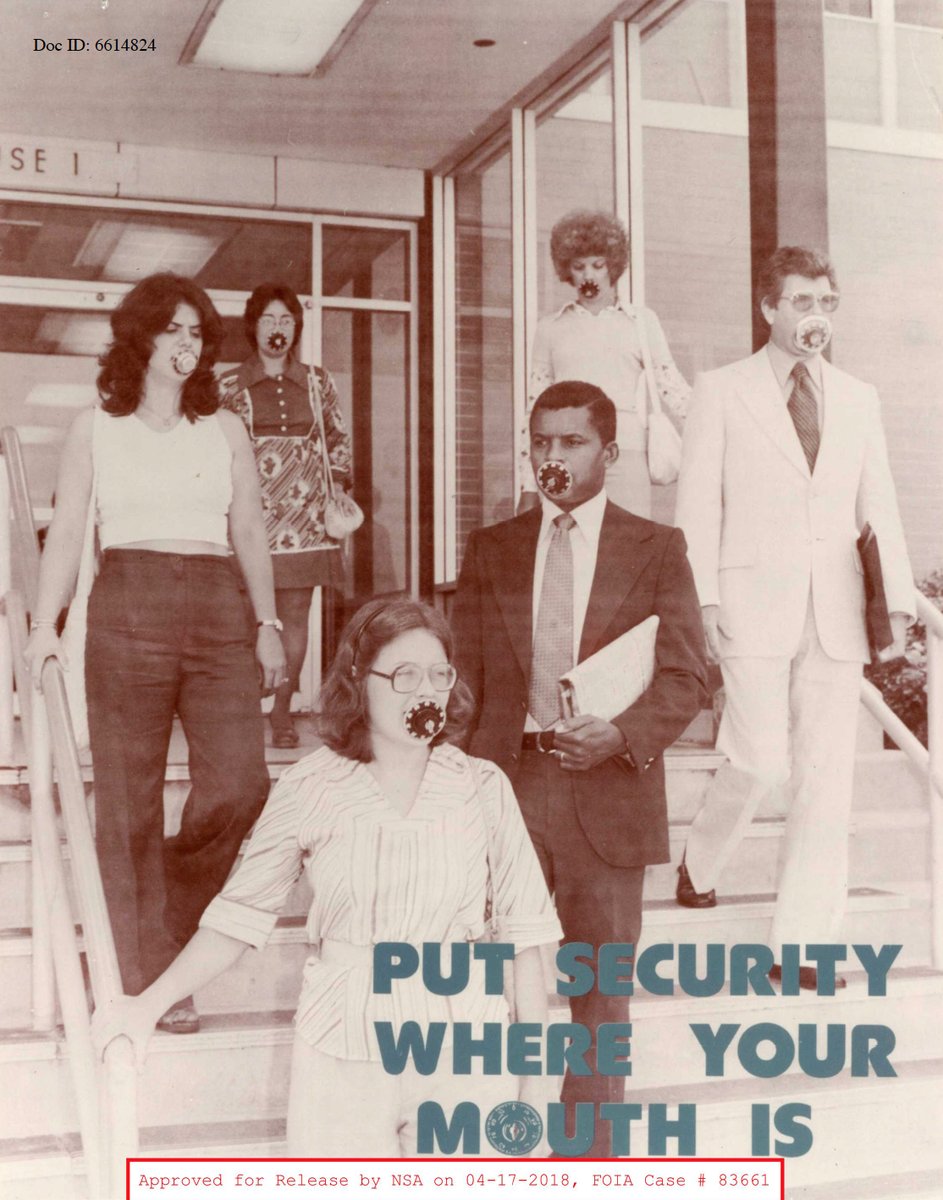 Stereotypically secretive and serious, these posters from the 1950s and 60s show another side of the NSA, full of strange art and bizarre messaging spanning from internal security to the drug war. 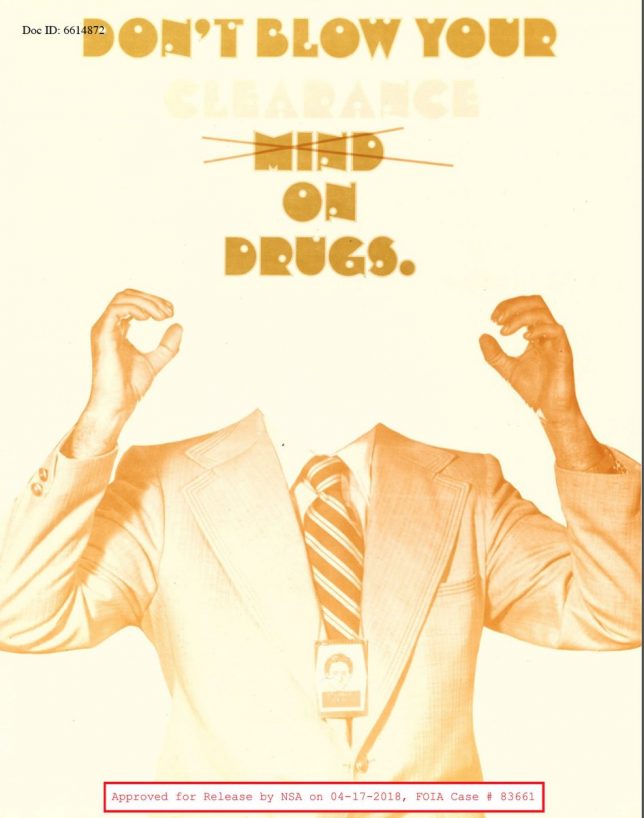 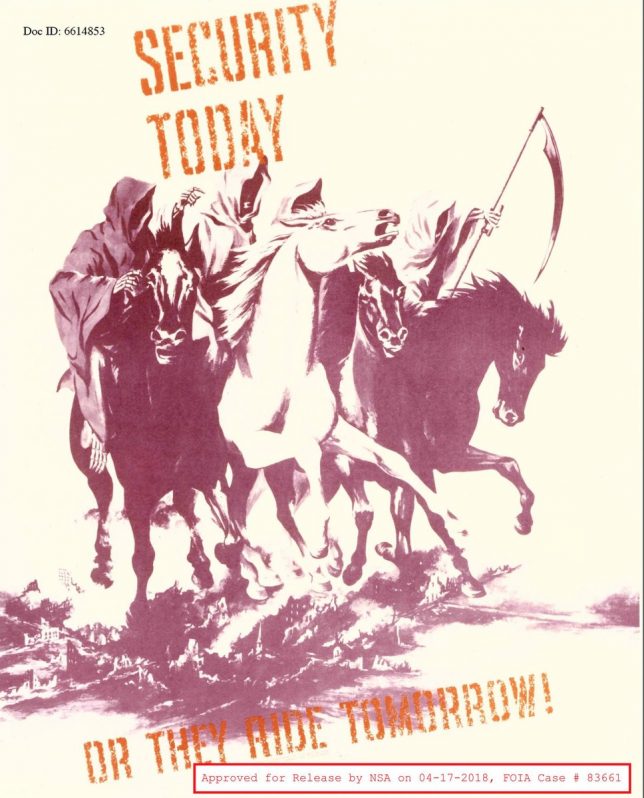 Stylistically, they are signs of their times, spanning typography, colors and layouts one might expect to find on book covers, movie adverts or propaganda pamphlets of the time (or retro motivational posters today). 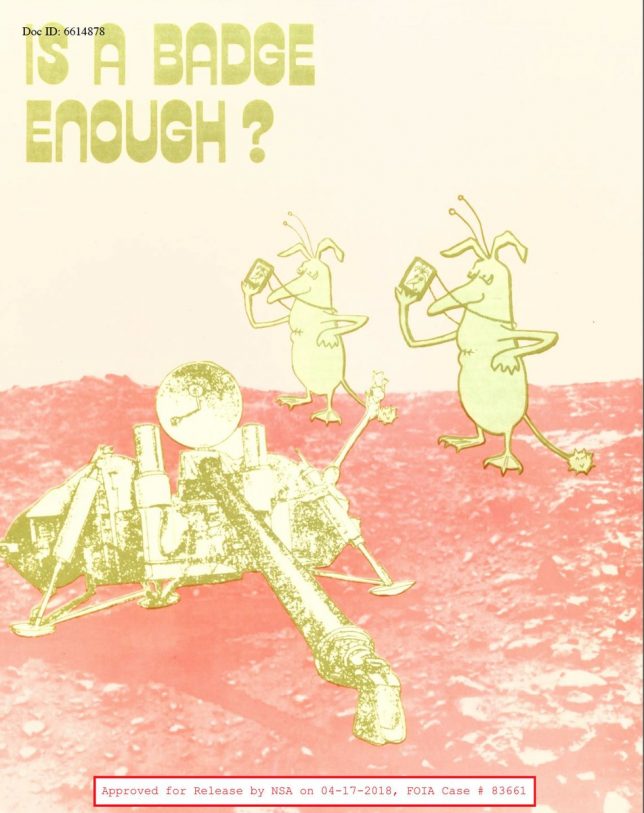 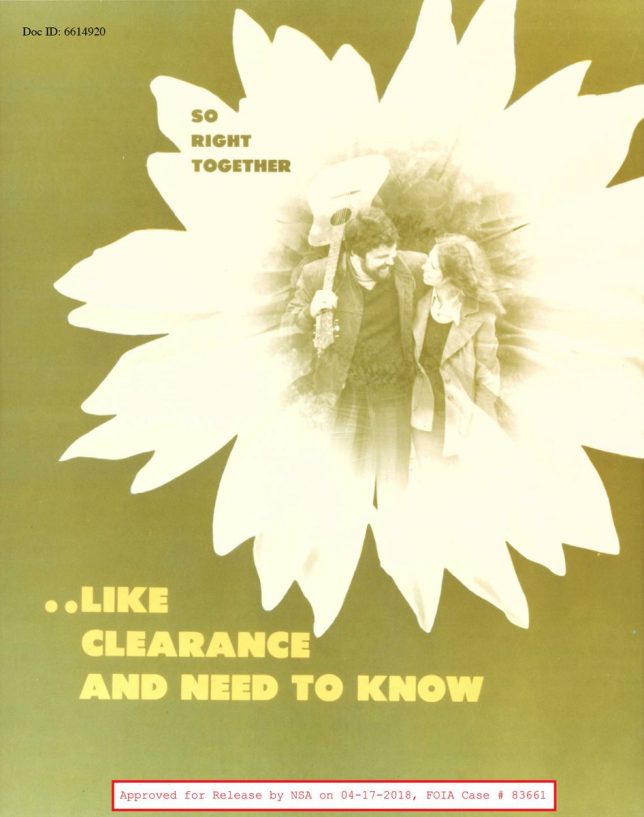 Santa, the Mona Lisa, aliens and death itself become strange characters in these various otherworldly dramas, some of which seem to be set inside Alice in Wonderland or on extraterrestrial planetary bodies. 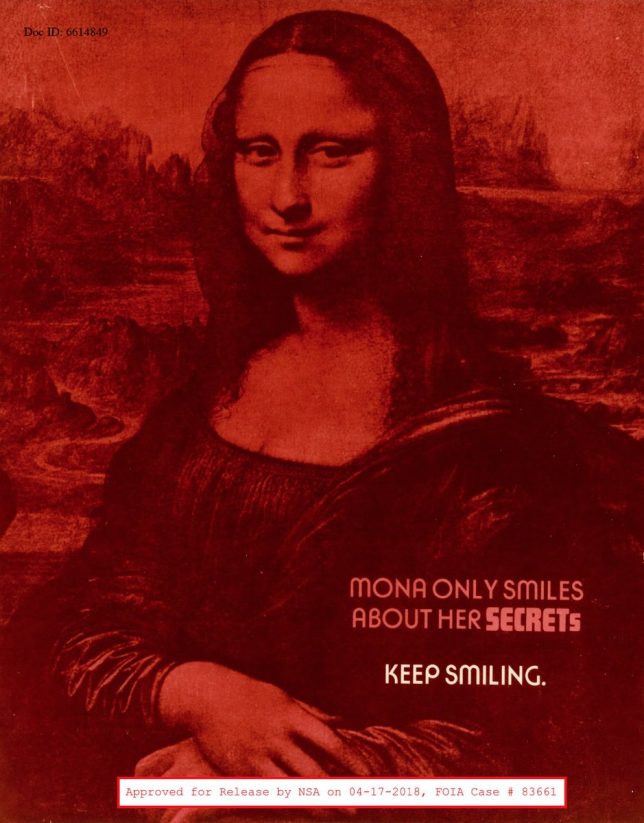 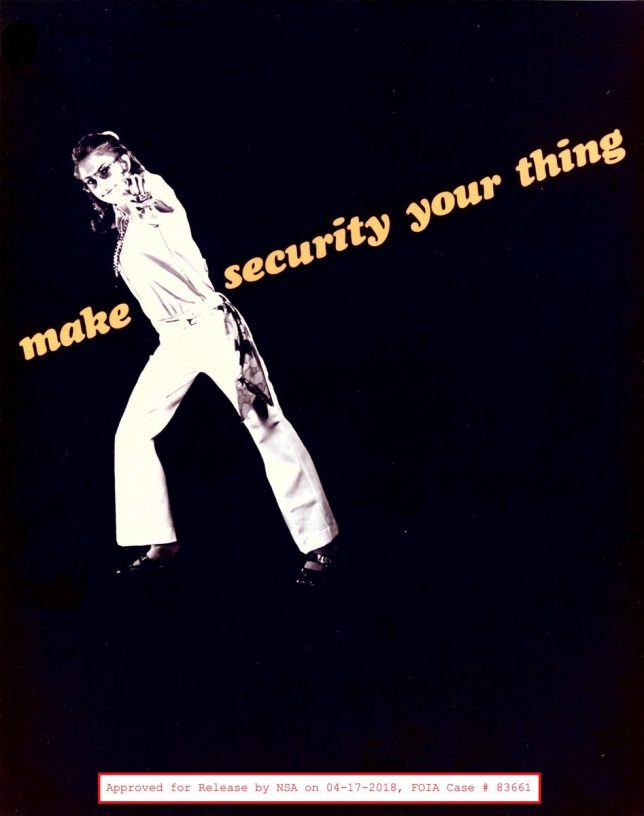 Given their limited agency-internal audience, they are surprisingly artful and well-executed. They were declassified after a recent Freedom of Information Act request. 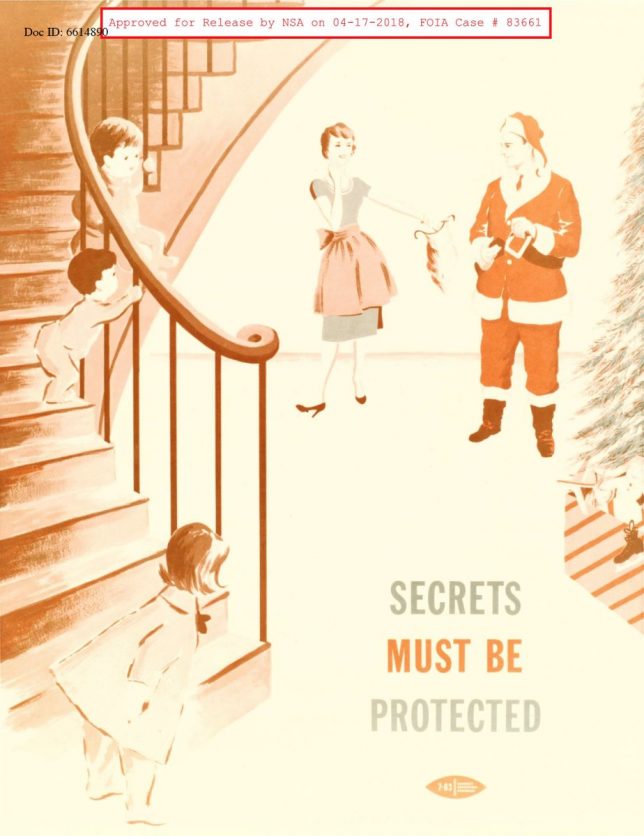 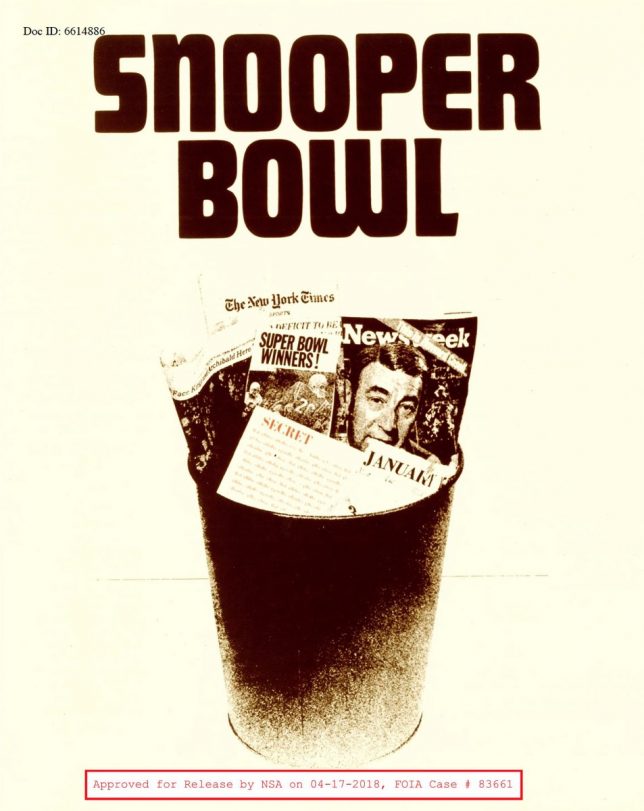 But unlike redacted documents, there isn’t much to protect here, so the posters are essentially shown in their entirety. 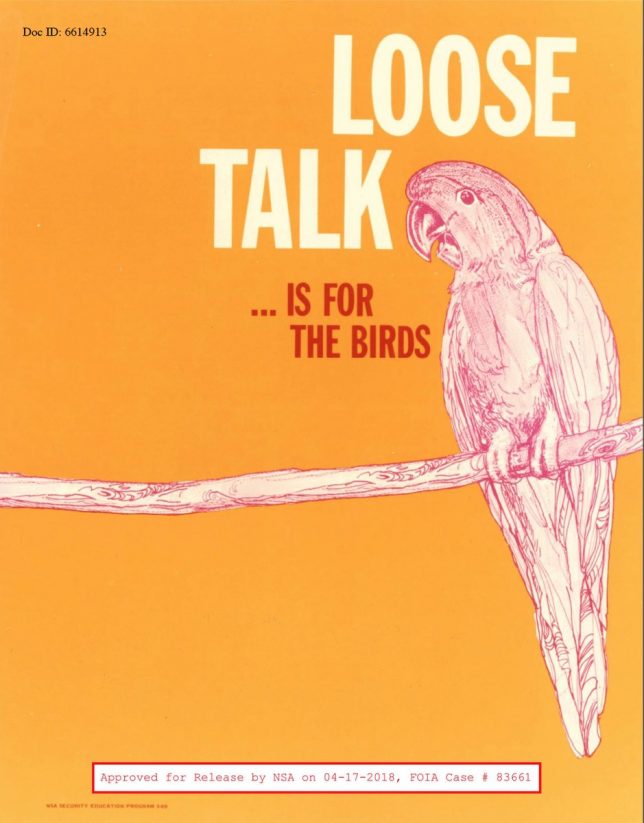 “Information which would reveal NSA/CSS functions and activities and names of NSA/CSS employees have been deleted from the enclosure. These deletions are exempt from disclosure pursuant to the third exemption of the FOIA, which provides for the withholding of information specifically protected from disclosure by statute.”