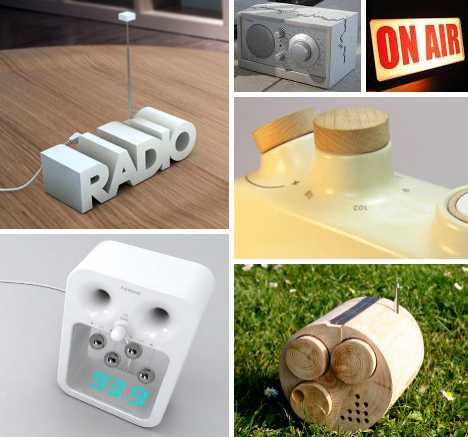 The long history of radio and radios has progressed from polished wood, vacuum tube powered monstrosities through cheap Japanese transistor models to bass-pounding inner city “ghetto blasters” and finally sleek digital, satellite and internet receivers. These 15 cool & quirky radio design concepts provide a glimpse of this classic medium’s future while giving a respectful nod to its historic past.

The “Used as Read” series of stacking audio components from MintPass takes almost all of the guesswork out of assembling one’s home audio system – simply chose, stack and connect the wires at the back. Even the remote control follows this design aesthetic: it’s shaped like the word “remote”. 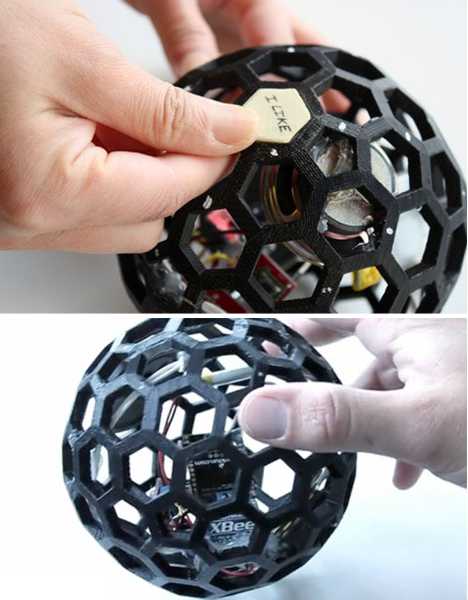 (images via: Gadget Review and Gajitz)

One of the great joys offered by old-time radios was the thrill of exploration: slowly dialing up and down through the frequencies and (hopefully) stumbling upon some hidden jewel of a station playing YOUR kind of music, comedy or drama. The Radio Ball concept by Benoit Collette and Adam Kumpf of design group Teague was created to recapture the tactile, intimate & interactive thrill that seems to have been lost in the rush to digitization and automation. That’s just how it rolls. 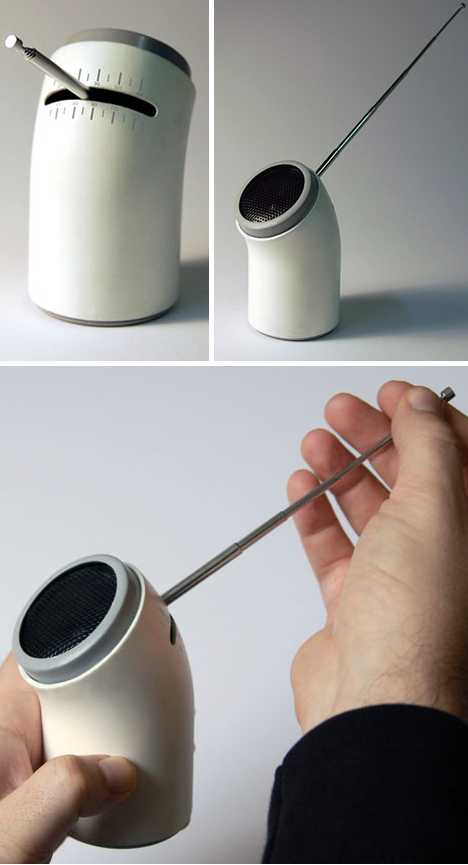 (images via: The Art Of Science and WIRED/GadgetLab)

So long Radio Caroline, hello Radio Valerie! Radio Valerie from Pix Studio and chief designer Valentin Vodev is a cuter-than-cute wireless radio whose function is enabled by its form: changing the station involves moving the antenna up or down through the frequencies. What if the aerial needs adjusting to bring in a weak station but by doing so, you end up changing the station? Perhaps things aren’t as simple as they seem. 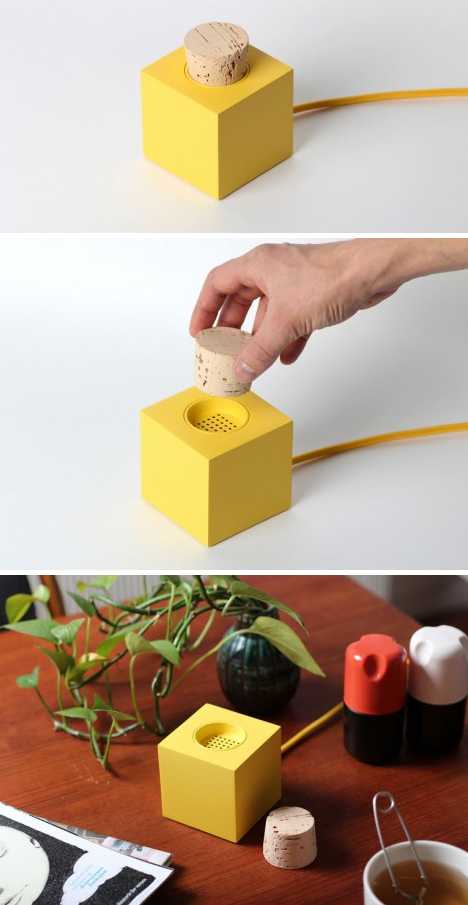 The Plugg Radio from Skrekkogle of Norway is more than the sum of its parts, being that said parts appear to be just a yellow cube and a cork. Secreted inside the box, however, is a fully functional AM/FM radio activated when the user removes the cork. So then: plug it in and pull the plug… makes perfect sense!