“A radio is one of those things I use every day,” states Marten Andersson of Malmo, Sweden, “But my old radio is giving up on me, so I decided to design my own. This design follow the design language of the SMÄCK cameras.” The resulting Von Gasen Radio concept is a tour de force design boasting FM, AM & DAB reception, an analog 3.5 mm stereo plug, Bluetooth & Airplay for external streaming, a replaceable genuine leather carrying strap, a high-resolution LCD screen, an efficient user interface, and speaker covers in multiple colors. 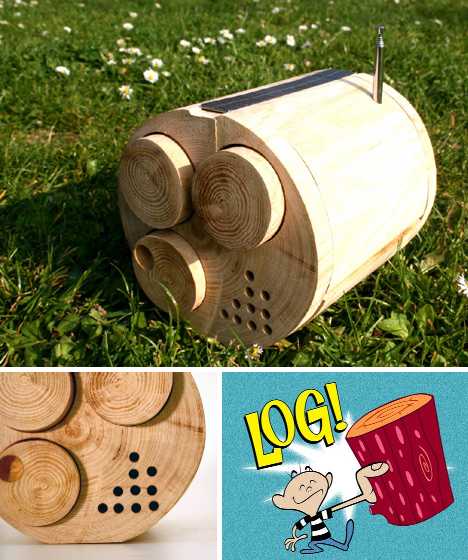 (images via: Onlineweblibrary Blog and Nicktoons)

The Log Radio’s body and frame are made of wood with only 20% of its total weight consisting of radio parts. Designed by Solene le Goff and Christophe Gouache, the Log Radio is solar powered via a thin solar panel that runs along its upper surface. Looking to listen at night or indoors? Crank up the dynamo, crank out the tunes and watch out for woodpeckers! 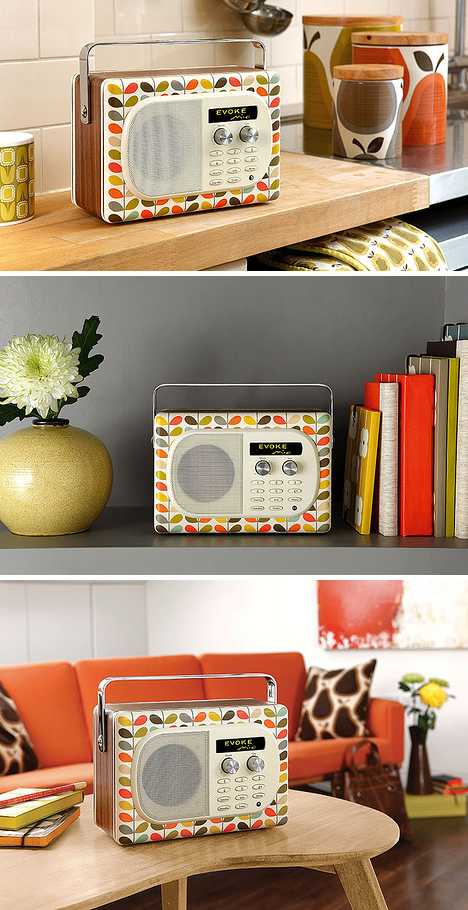 The EVOKE Mio portable/table radio by Orla Kiely is a homage to those well-loved radios from the 1950s that doesn’t ignore today’s technological innovations: it both embraces them and incorporates them. Inside the real walnut veneer and chrome-handled body you’ll find digital and FM radio tuners, an iPod/MP3 player input jack, Intellitext and textSCAN capability, an auto-dimming OLED display, an audio alarm, a kitchen timer, a USB connector and an optional ChargePAK that provides up to 24 hours worth of listening pleasure. The signature stem print case is cute too! 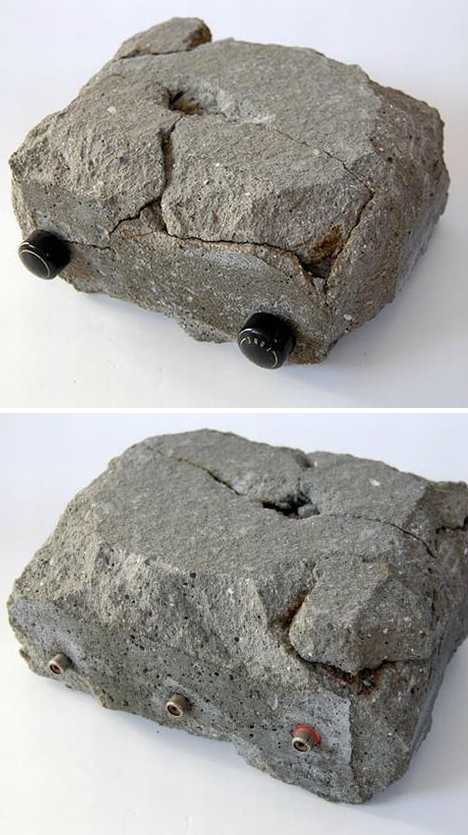 The Rock Radio is the second entry in Guus Oosterbaan’s “cement-audio-series”… a veritable audio rockslide as it were. We can’t imagine this radio offering many (or any) high-tech features let alone being portable, but if potential buyers are considering a Flintstones-themed extreme home makeover then this is THE sound system of choice.