Why, Banksy wonders, has he never been invited to the Venice Biennale? Perhaps because they knew he’d do something just like this, invited or not. The elusive British street artist set up an unauthorized stall in what appears to be the city’s famous Piazza San Marco, displaying a nine-panel oil painting of a cruise ship. The piece references the chronic problem of overcrowding in Venice due to tourist activity, leading many residents to call for a ban on cruise ships.

. Setting out my stall at the Venice Biennale. Despite being the largest and most prestigious art event in the world, for some reason I’ve never been invited. 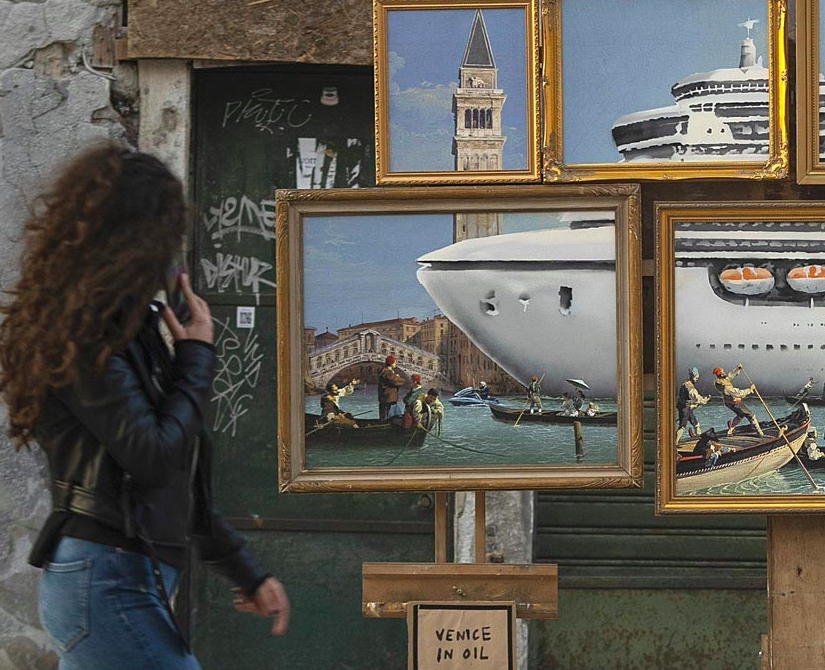 Posting a video of the kiosk on Instagram (which is essentially the artist’s way of verifying that a work is his), Banksy reveals that he was ultimately told to leave due to lack of a permit. 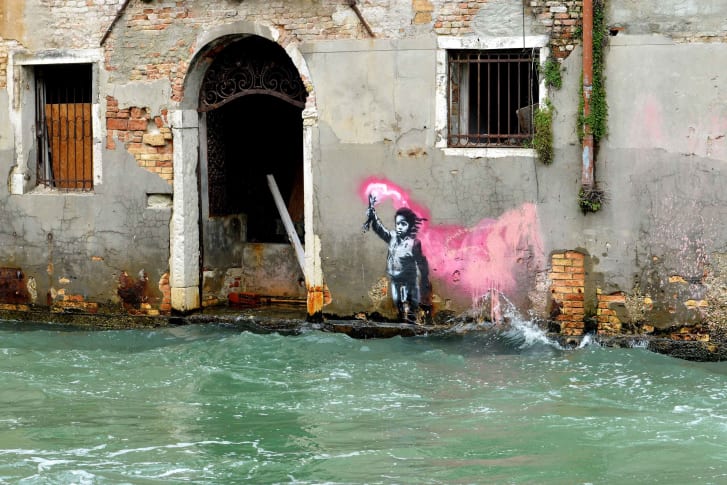 The artist also claimed responsibility for a new mural that popped up on the wall of a private home along the canal, showing a migrant child holding a pink flare. That piece is likely a response to Italy’s recent actions against migrants, which have led to the closure of ports. Italian forces are said to have ignored ships full of refugees, allowing them to capsize with hundreds of people on board. At least 250 drowned.