If you are sick of worrying about your bike being stolen or taking a lock with you wherever you go, this design will solve both of those every problems faced by bicyclists around the world. 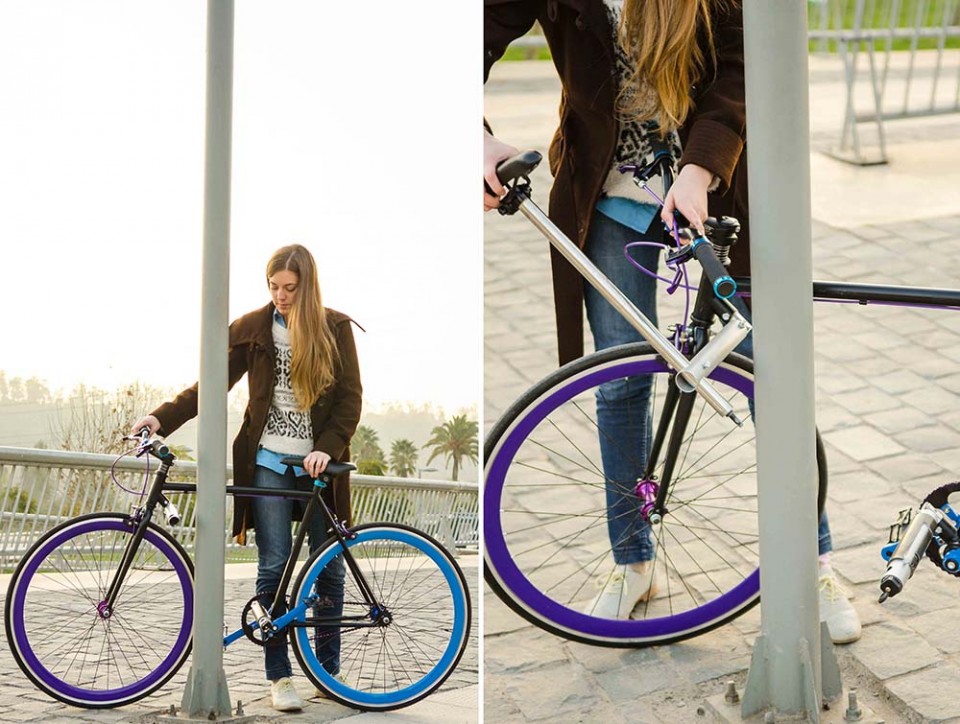 In less than 20 seconds, the Unstealable Bike‘s locking system can be deployed by unlatching and rotating two pieces of the frame, then sliding out and using the seat bar to connect and secure those two parts. 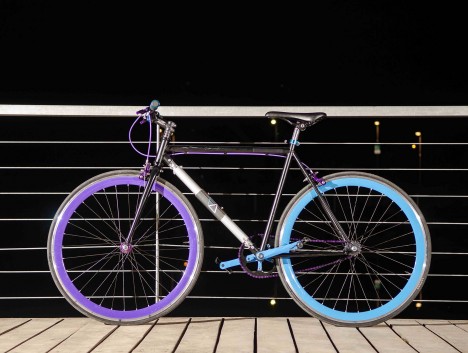 Unlike most quick-release seats, the ability to slide out the bar becomes an asset rather than a liability in this case, making it possible to lock up your bicycle with one of its most frequently-stolen pieces. 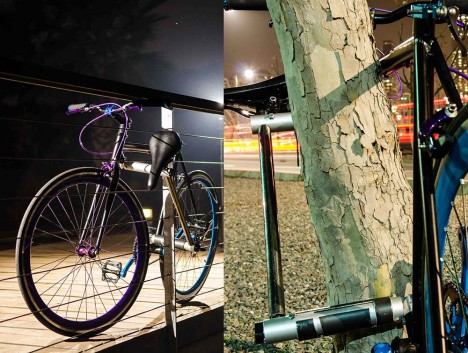 The scale of the components employed makes it easy to attach the cycle to anything from a slim signpost to a thick tree. 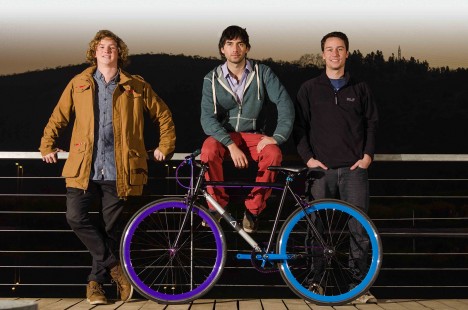 Created by a team of three engineers, the bike is currently a prototype and seeking funding for mass-production and sale. Its builders bill it as safe, well-designed and comfortable – a more useful variant of the frequently-seen projects for collapsible bicycles.