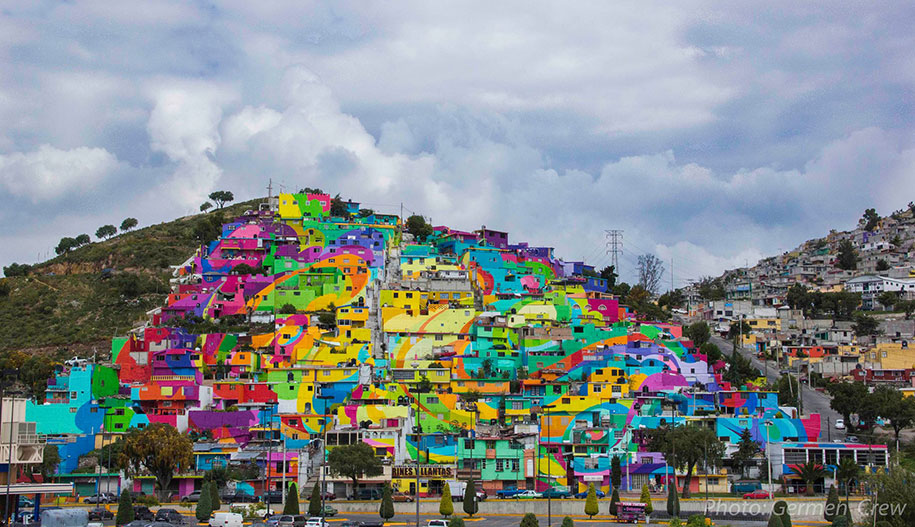 Representing an enormous collective effort, this remarkable mural manages to look complete from a distance while, upon closer inspection, brightening 209 houses occupied by 452 families, impacting the lives of 1808 residents of this hillside community. 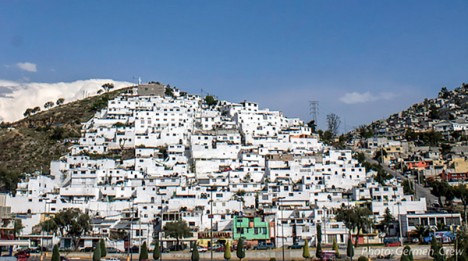 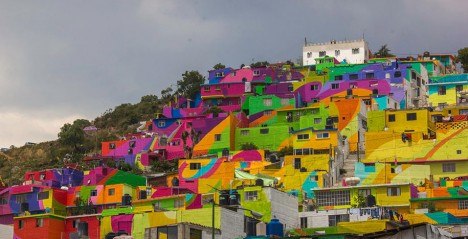 Even more remarkably, the color selections for different sections (totalling over 200,000 square feet of paint) were worked out in conjunction with those occupying the houses of Palmitas, who were asked about their favorite colors and included in the design scheme. The project has been credited with reducing youth violence and local crime rates while creating jobs for the area. 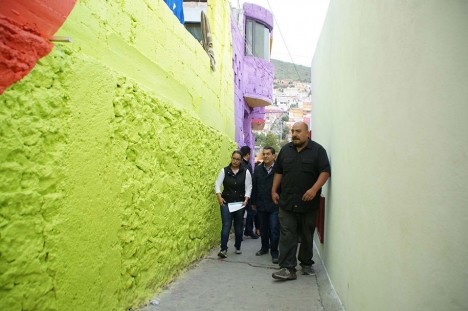 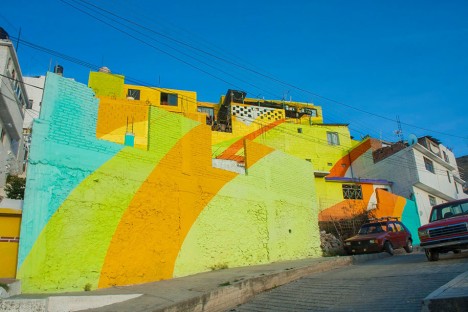 The group orchestrating this massive undertaking is called Germen Crew, self-named after germs, the seeds of ideas and art. Led by Mibe, a street artist from nearby Mexico City, the group sees itself as much as collection of community organizers and facilitators as artists or creators. 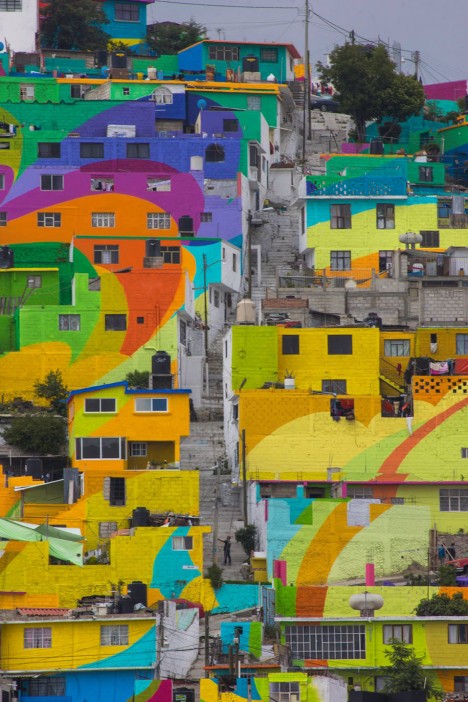 For them, residents provide multiplier effects strengthening project, process and outcome and making for a much different endeavor than murals made under the radar by individuals. In turn, the artists used a simple pallet of conventional and replicable paint colors, making it both easy to maintain but also enabling those in the neighborhood to turn doing so into a collaborative activity. 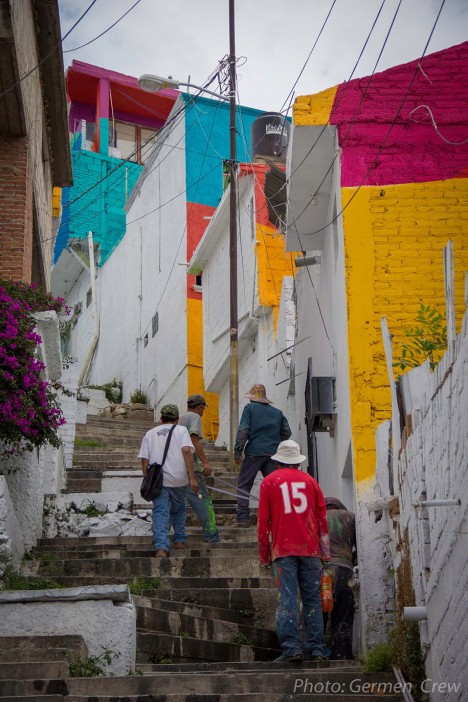 Like the Favela Project in Rio or Blue Town of Morocco, there are secondary benefits for the locals as well, including projected increases in tourism. In the case of the latter, the strange site of a single-colored town brought in close to 100,000 visitors in the six months following its completion. This project was completed with support from regional governments as well as the national government of Mexico