The latest in street artist Felipe Pantone’s stunning Optochromie series splashes across the facade of the Town Ballroom concert hall in Buffalo, New York, giving it a dramatic makeover. Black and white geometric prints overlaid with prismatic pixelated colors interplay with stretched out metallic elements, all created in computer modeling programs before they were painted onto the wall. 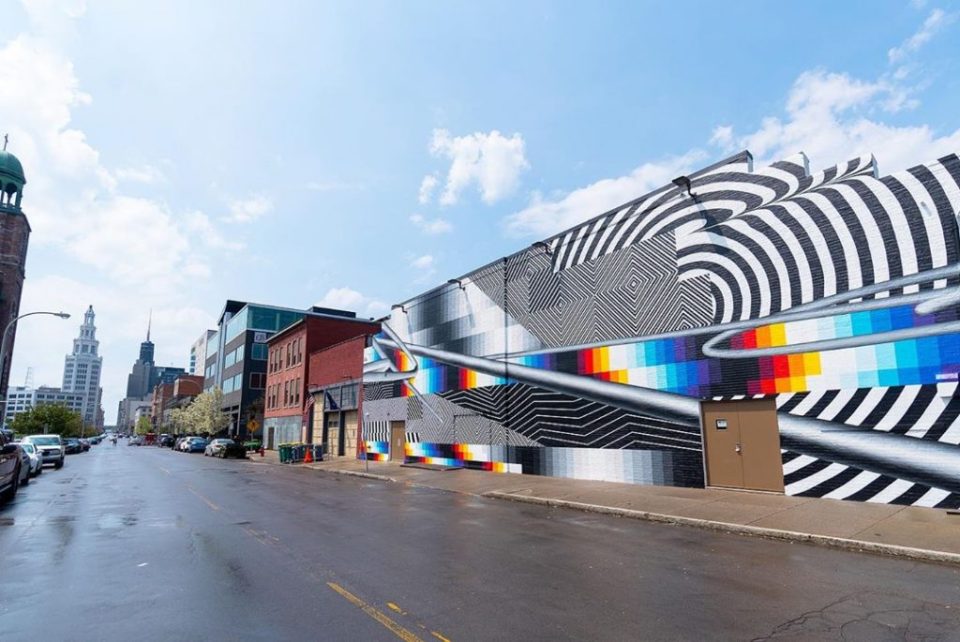 For fans of Pantone, this is familiar imagery reimagined in a fresh new way. The self-taught multidisciplinary artist, who does a lot of gallery work as well, is known for juxtaposing graphic patterns to achieve dynamic compositions, sometimes in sculptural form. Pantone’s signature style is highly influenced by the look of computer graphics in the ‘80s and ‘90s, when he was a child 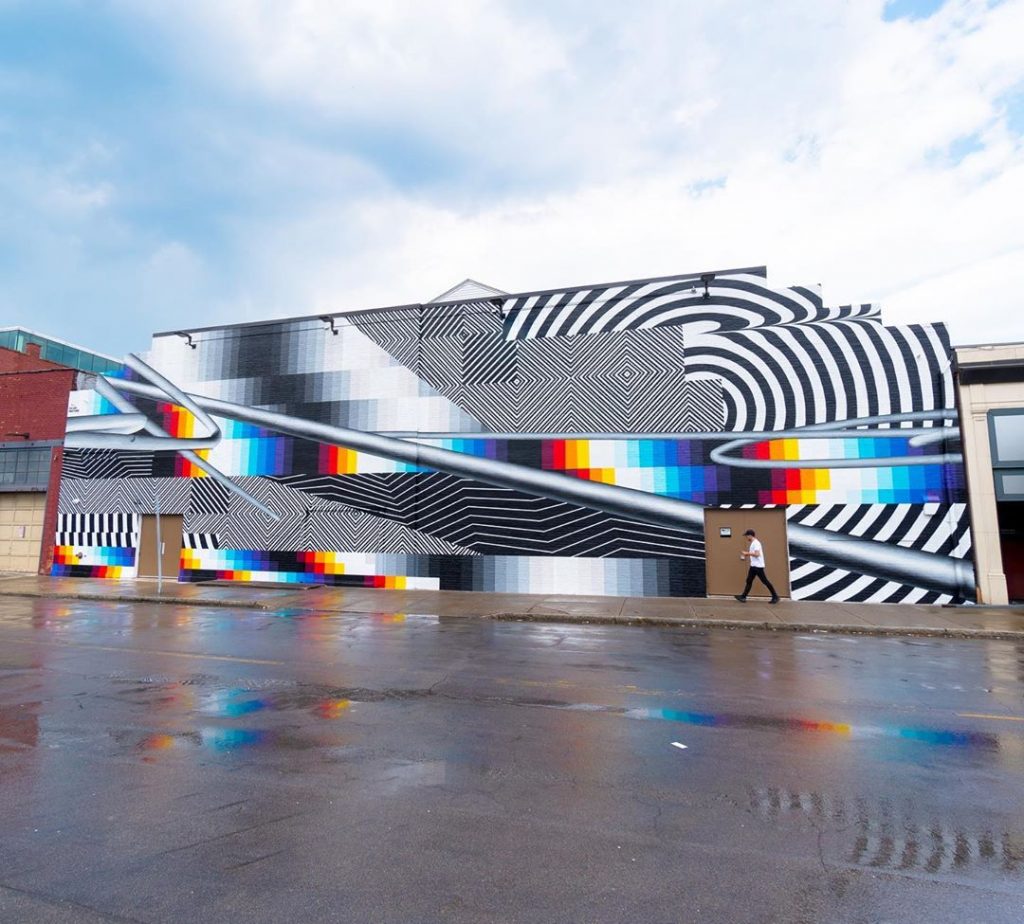 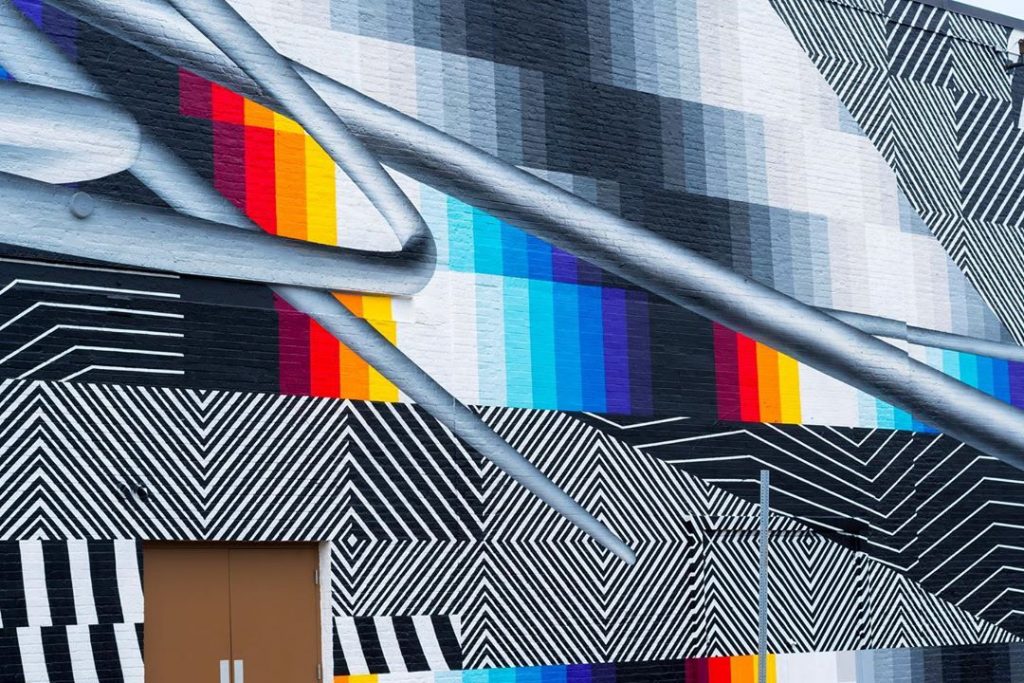 The artist, who began painting on the streets as a preteen, cites Op Art and Kinetic Art of the 1960s as additional major influences, including the work of Victor Vasarely, Carlos Cruz-Diez, Julio Le Parc and Luis Tomasello.

“I was always trying, as every graffiti writer, to stand out in the streets so I started to emphasize on the contrast pictorially ending each piece in black and white,” Pantone says in an interview with Wide Walls. “I ended up realizing that by painting so much black and white I was approaching nearly optic pieces, so I slowly started adding up the full colour spectrum, which made my pieces more visible, with fluorescent colours. Quoting Joan Fontcuberta, there are more images generated than the number which we can consume, and as the artist has to out stand and graffiti has so much to do with art, I thought I should focus my effort on remaining visible over time.”