That’s not to say the La Rainbow Hotel & Tower didn’t have a good run while the good times lasted. The ownership group supplemented their cash flow with a pair of nearby golf courses, and the hotel itself boasted a 400-table seafood restaurant. The hotel’s 492-ft tall observation tower was an appealing tourist draw in and of itself. Featuring the world’s highest observation platform of its kind, the 75-ft wide rotating platform had a capacity of 150 guests and could be raised and lowered on command.

From Bubble to Rubble 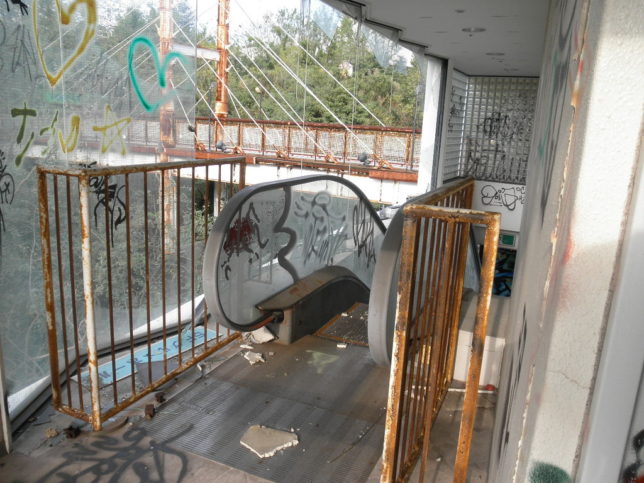 But yeah… to quote The Kinks, “where have all the good times gone?” The collapse of Japan’s bubble economy didn’t just trickle down, it bloody (as in red ink) well cascaded. Expenses from extravagant to extraneous were curtailed by the traveling classes, making ritzy resort hotel stays, seafood dinners, and 800 yen (500 yen for kids) observation tower “rides” seem like unjustifiable luxuries. The La Rainbow Hotel & Tower struggled on through the subsequent Ushinawareta Junen (“Lost Decade”) before finally giving up the ghost in 1997. 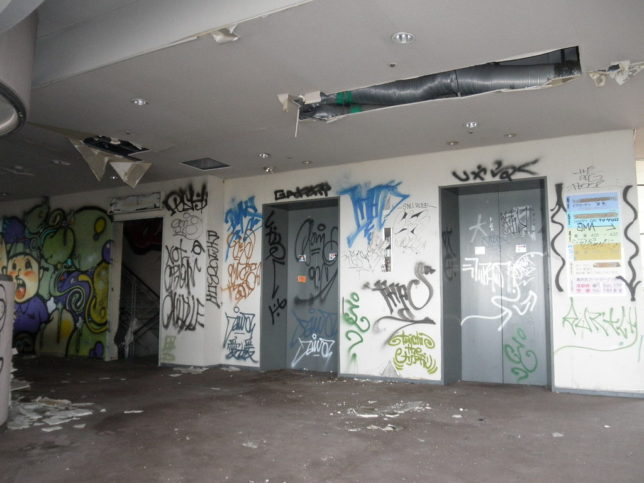 The relative isolation of many modern Japanese abandonments has helped keep them generally free from gratuitous vandalism and graffiti. Not so the La Rainbow Hotel & Tower – its “ideal” location at the foot of an enormous inter-island bridge now facilitated destructive behavior on a grand scale. Rumor has it the first wave of vandalism was conducted by a biker gang but who can say for sure… they’re not the type who typically take credit for such activities. 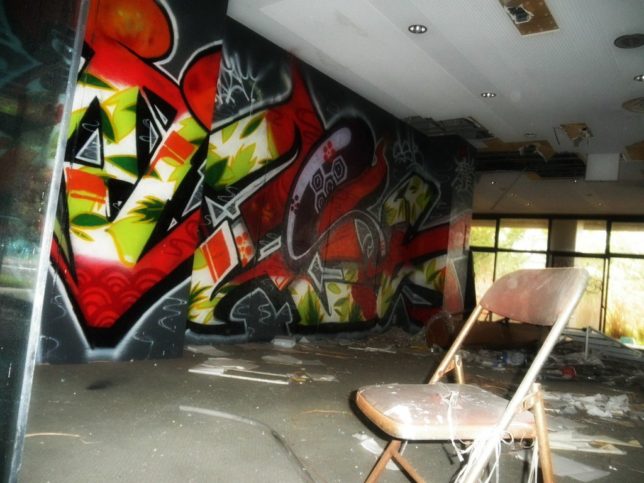 In any case, by the start of the 2010s the La Rainbow Hotel & Tower was exhibiting a wide range of deterioration from both human and natural causes. As Japan’s economy shows few if any signs of emerging from what many have called a second Lost Decade, there seems little chance the complex will ever be renovated or re-purposed. 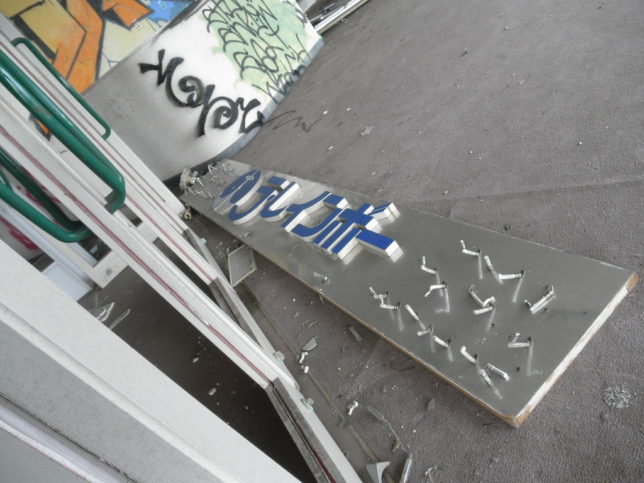 Kudos to Flickr member NARUMI, who visited the abandoned La Rainbow Hotel & Tower in October of 2011. The photos accompanying this article have been selected from the photographer’s album of 43 related images under an Attribution-ShareAlike 2.0 Generic (CC BY-SA 2.0) creative commons license. As well, additional photos and several shot-on-site videos dating from 2011 may be viewed at the excellent Abandoned Kansai website.