MAD Architects will ensure that the experience of visiting the new Yiwu Grand Theater in China’s Zhejiang province is unlike anything else in the world, with a highly unusual boat-inspired design. Set on the south bank of the Dongyang River, the structure seems to float on the surface of the water, its sloping glass curtain walls resembling massive translucent silk sails.

A tree-lined pedestrian footbridge offers access from the northern side, while a large plaza dips down to the water on the southern side. Trees dot the facility itself as well, as if nature has overtaken a long-anchored ship. The theater features a passive solar design, with the glass curtain walls acting as both a shading system and a means of optimizing natural light. 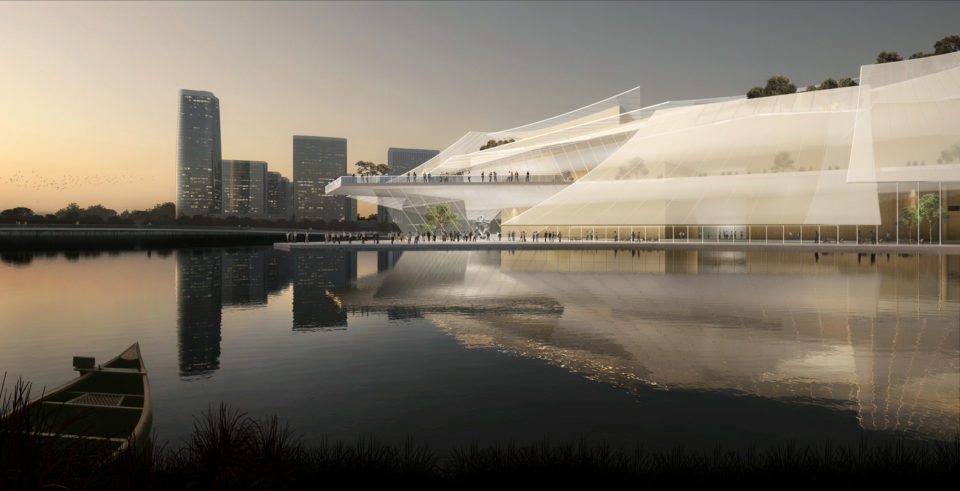 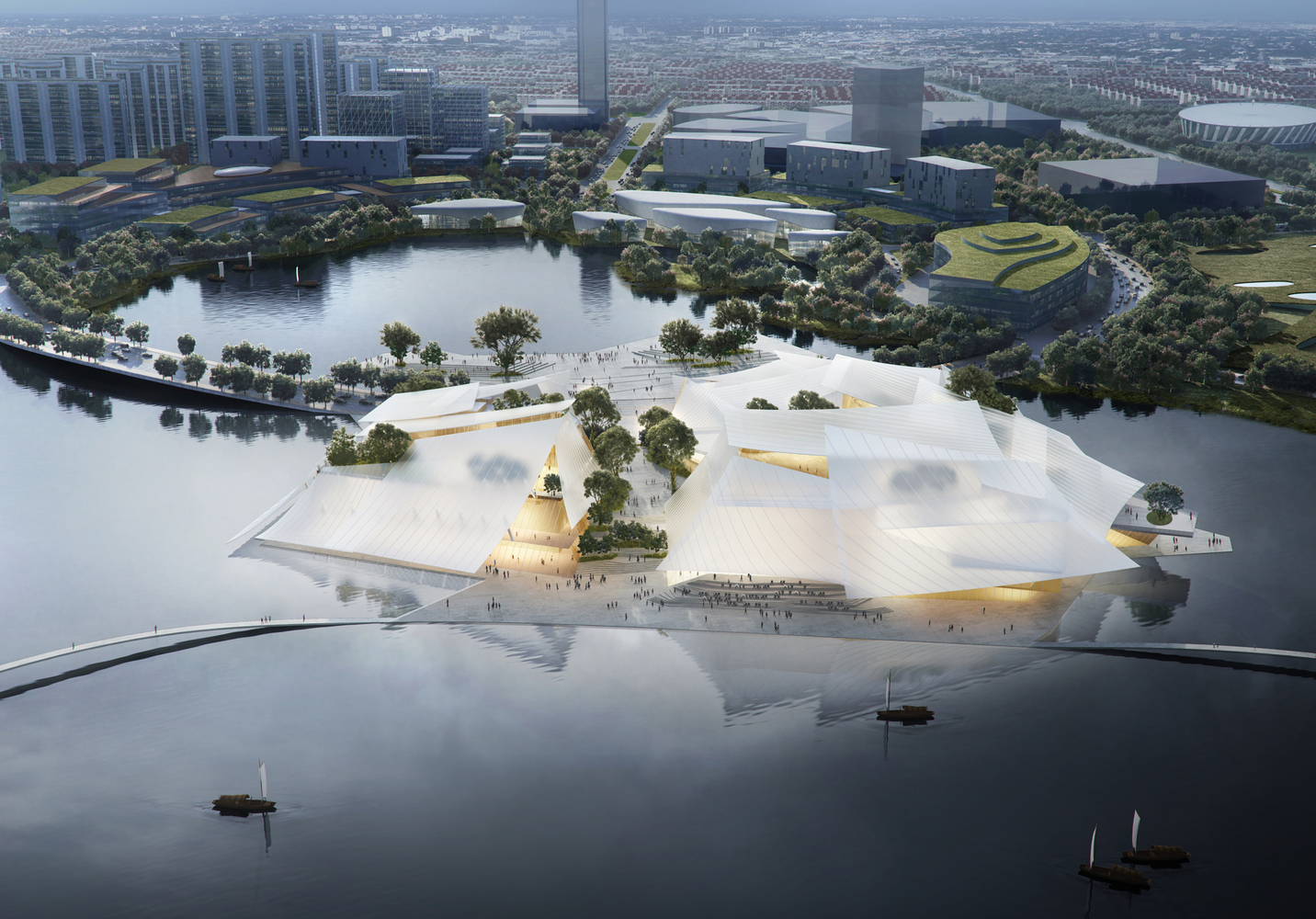 This design by MAD Architects bested proposals by Arata Isozaki, Christian de Portzamparc, GMP and others in a contest held by the city as it aims to brand itself as a new cultural hub for the region.

“Positioned with the mountains in the distance as its backdrop, and the water as its stage, MAD’s design responds to its locale, and appears as a boat, floating on the river,” say the architects. “It is defined by a layering of glass sails that are reminiscent of the Chinese junks that once transported goods across the waters, while their subtle curves echo the Jiangnan-style eaves of the ancient vernacular architecture that is typical of the region.” 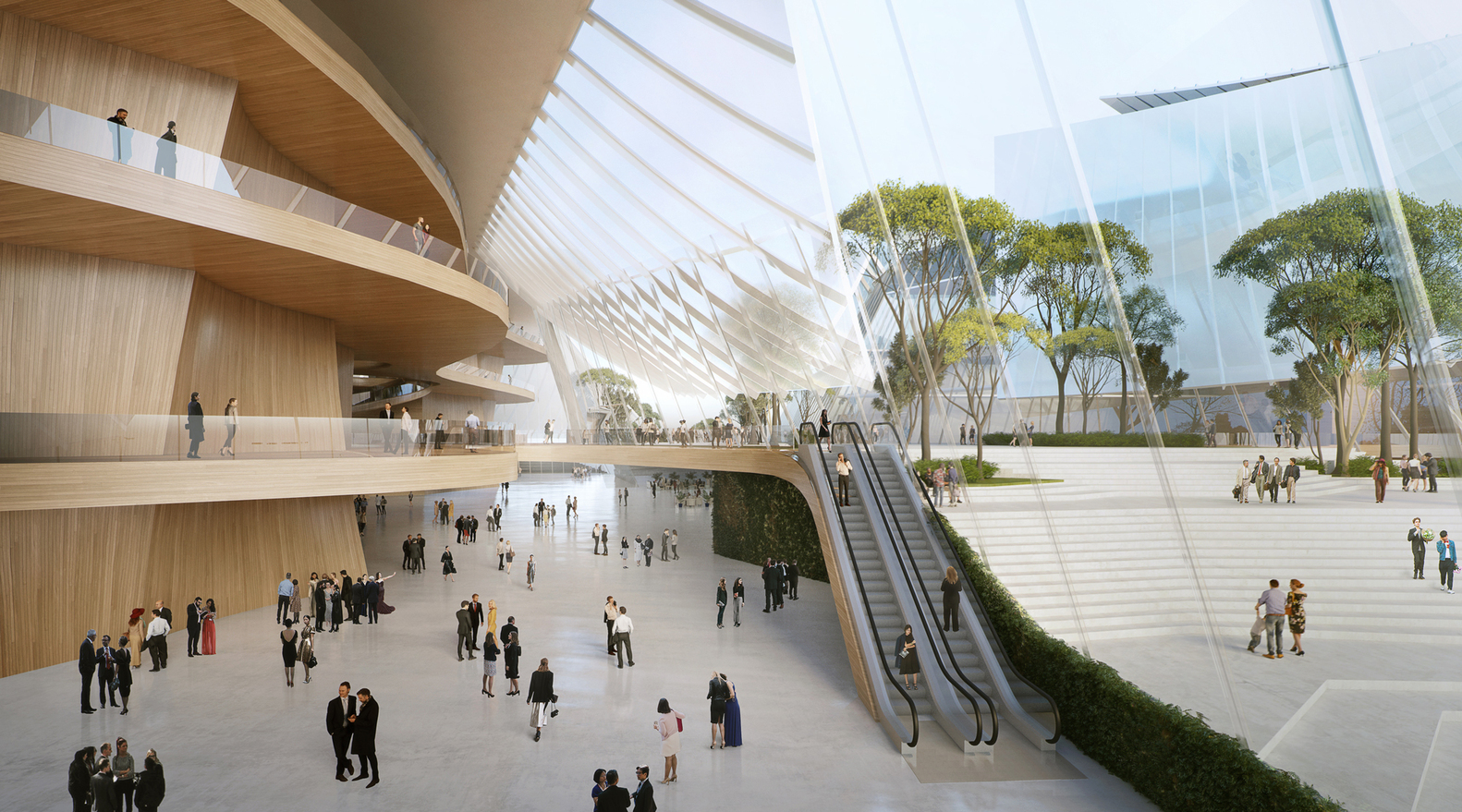 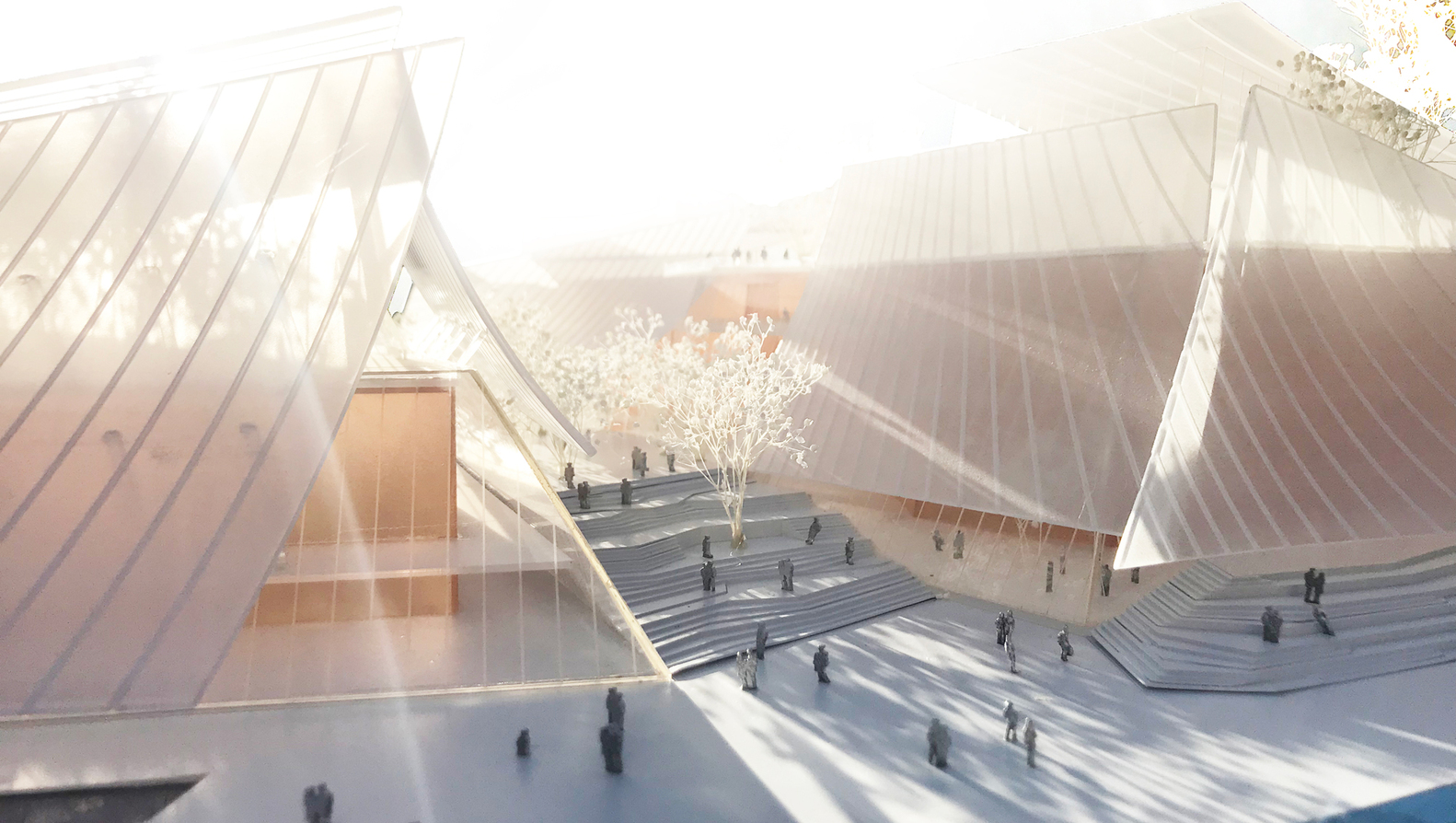 “The transparency and lightness of the glass express the texture of thin, silky fabric, creating a dynamic rhythm that makes them appear as if they are blowing in the wind. They act as a protective canopy around the building, resonating with the river, elegantly floating above the water’s surface, setting a romantic atmosphere.”

Looking at these renderings, one question that comes to mind immediately is, what happens if the river rises? MAD doesn’t address the issue, but features that deal with the possibility may be built into the design. In any case, it’s a striking new landmark for Yiwu, and somewhat reminiscent of the Sydney Opera House. 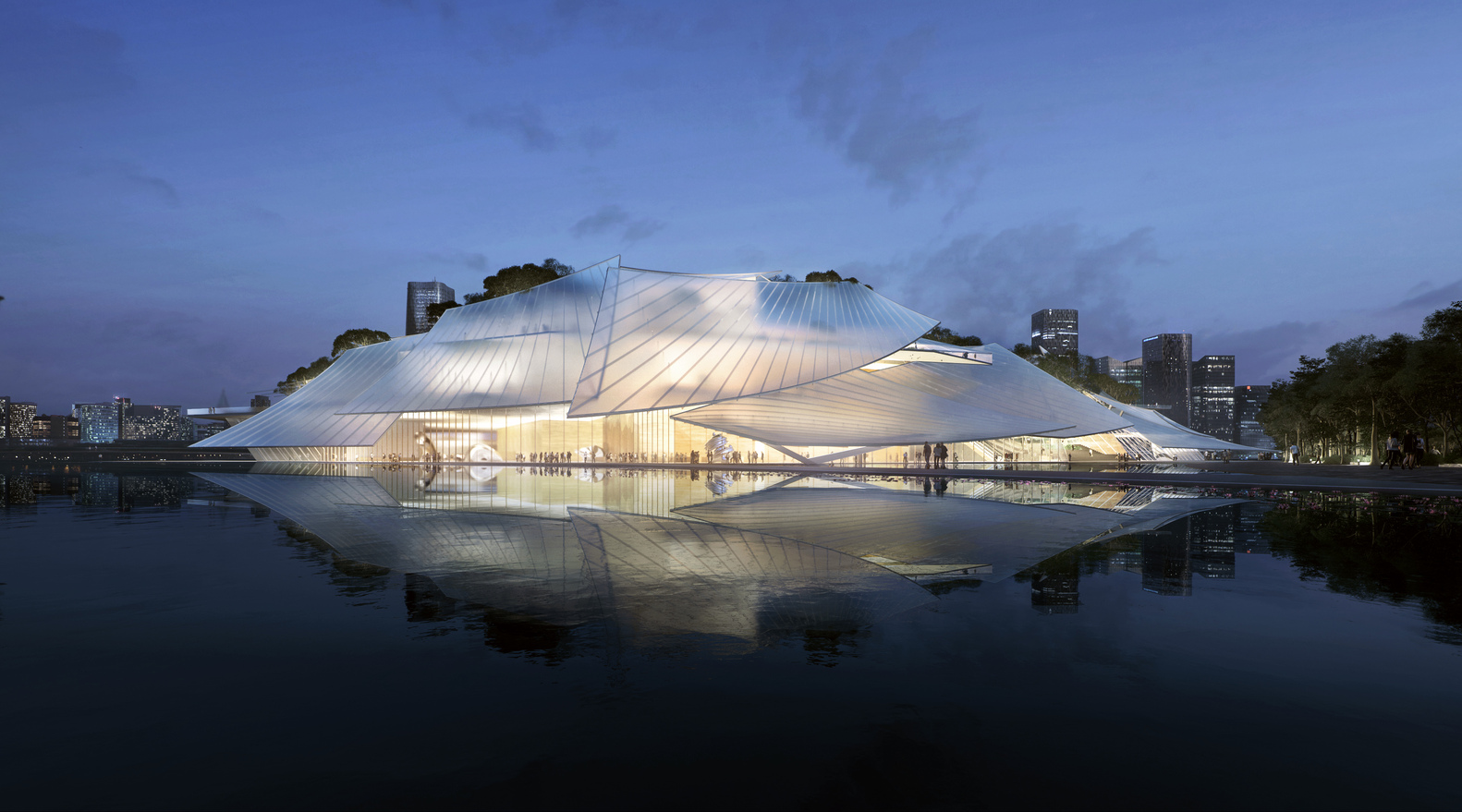 The complex will include a 1600-seat grand theater, a 1,200-seat medium theater and an international conference center with a capacity of 2,000. Commissioned by the Administration Committee of Silk Road New District of Yiwu along with the Culture, Broadcasting & Television, Tourism and Sports Bureau of Yiwu, the new theater is set to begin construction in 2020.