Old furniture, lamp parts and other cast-away ephemera from domestic life transform into finely crafted architectural models in the hands of artist and designer Ted Lott, who uses a bandsaw as a tiny sawmill to produce the pieces. 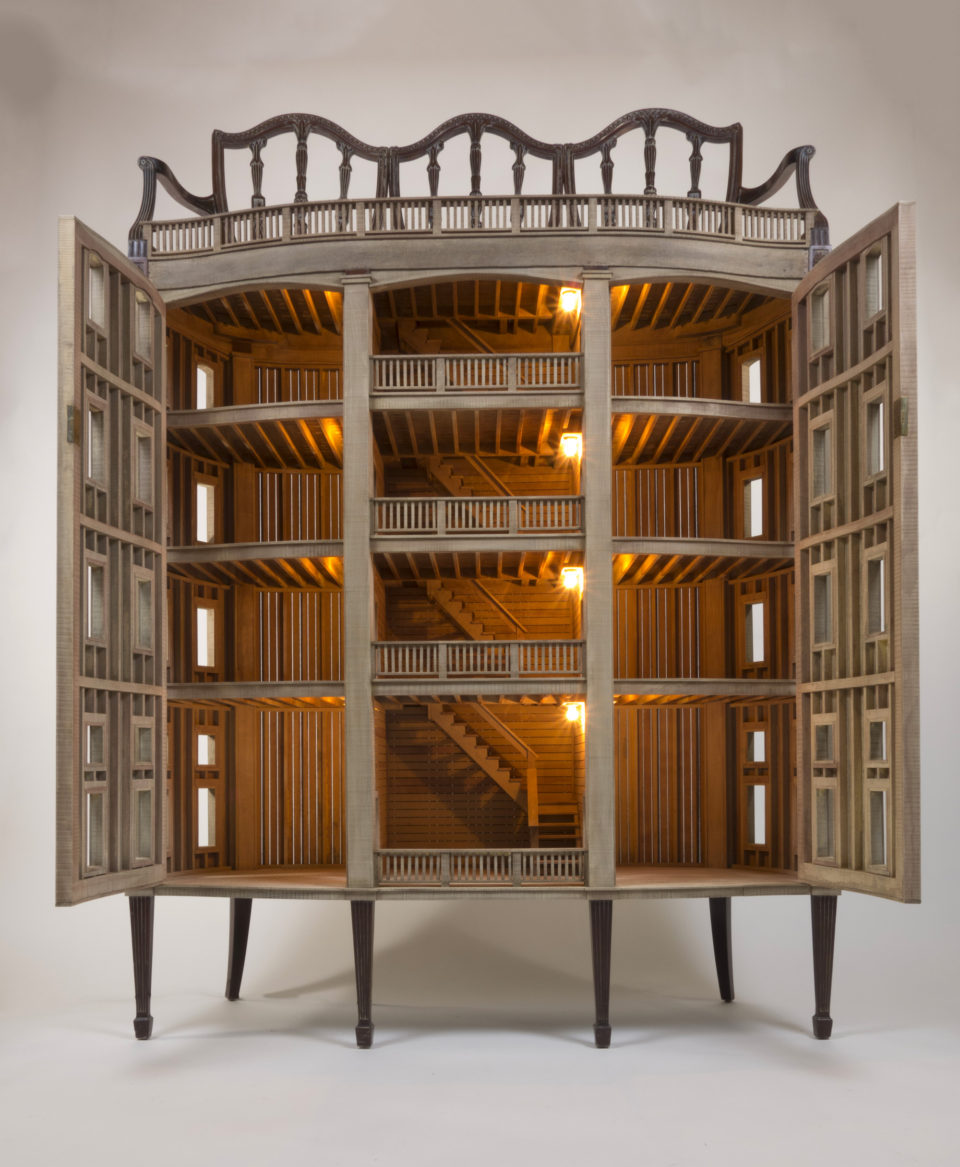 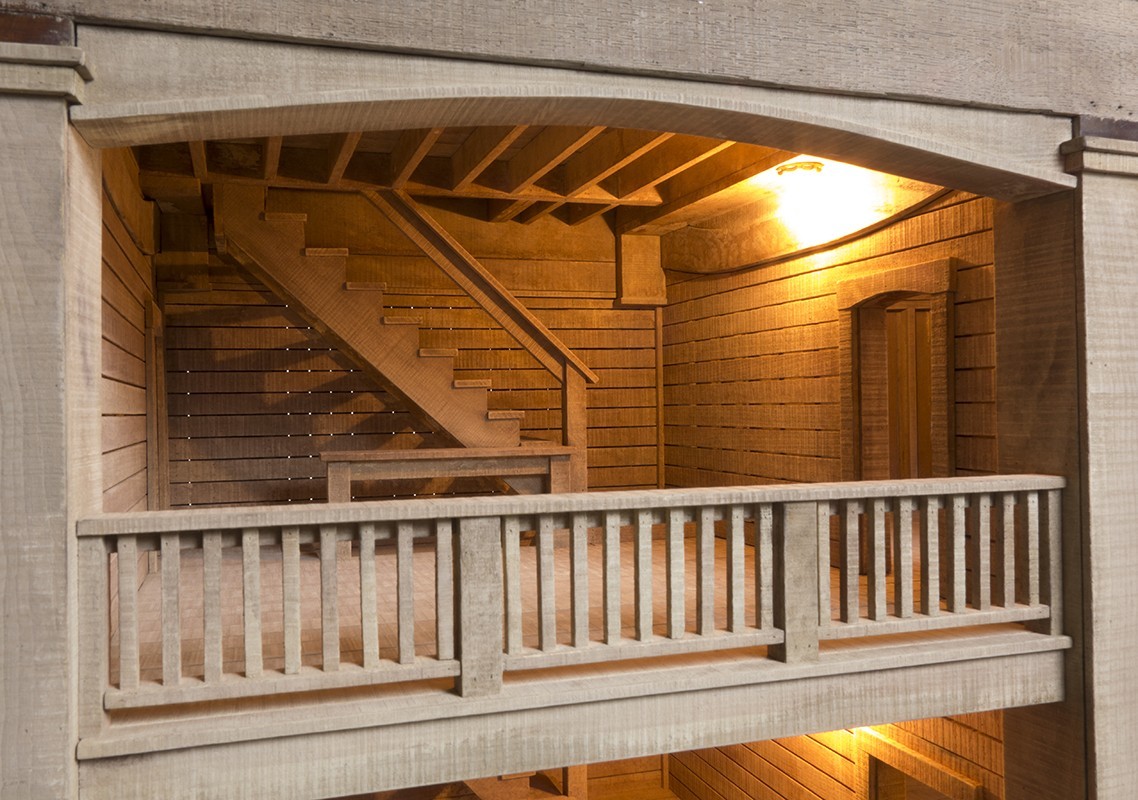 In a new collection of work, Lott explores the hidden lives of domestic objects like suitcases, train cases, trunks and furniture, inserting timber frame structures just as thoughtfully assembled as the real thing. Lights installed inside each one impart a sense of habitation and illuminate all of those beautiful details. 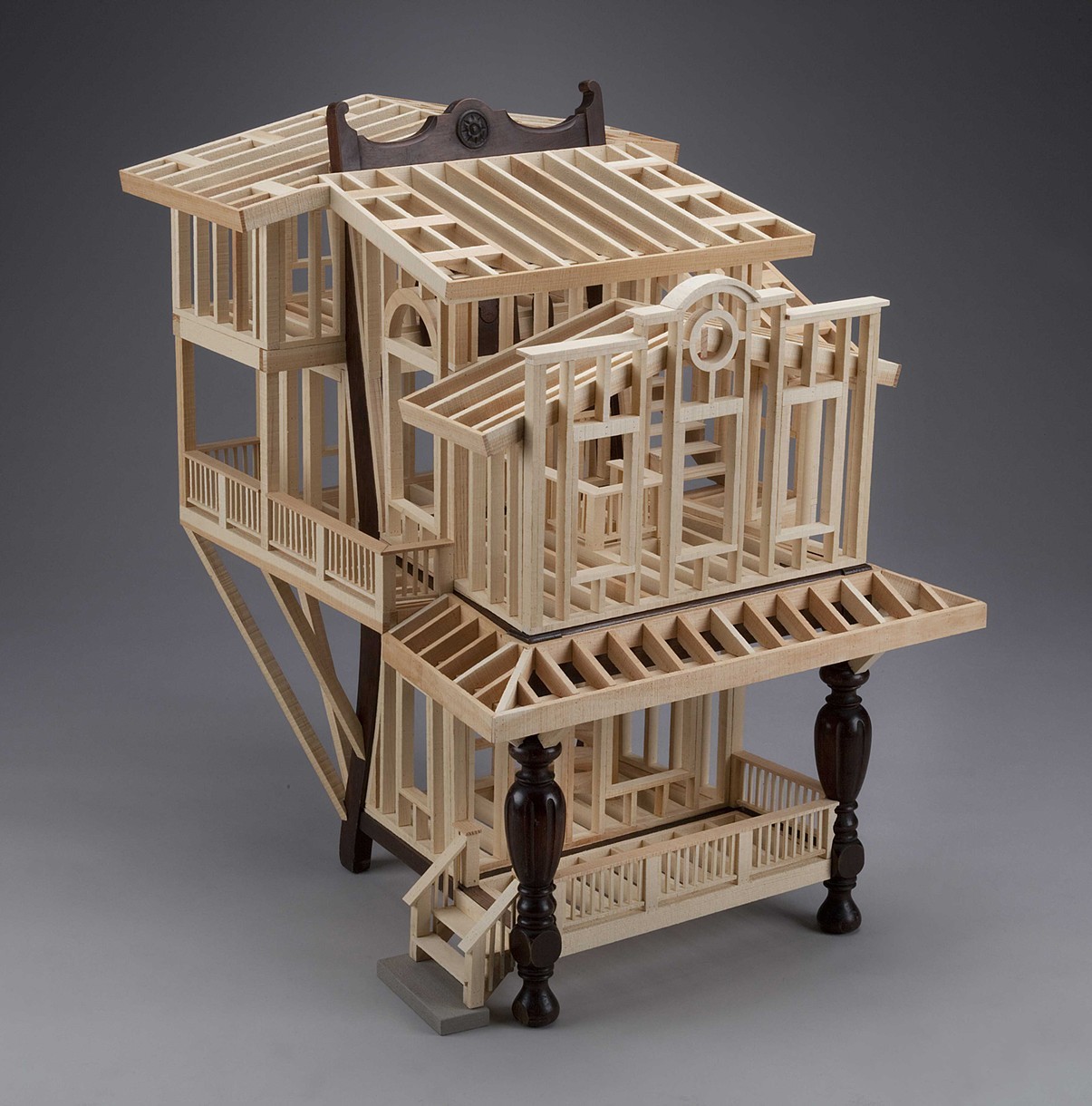 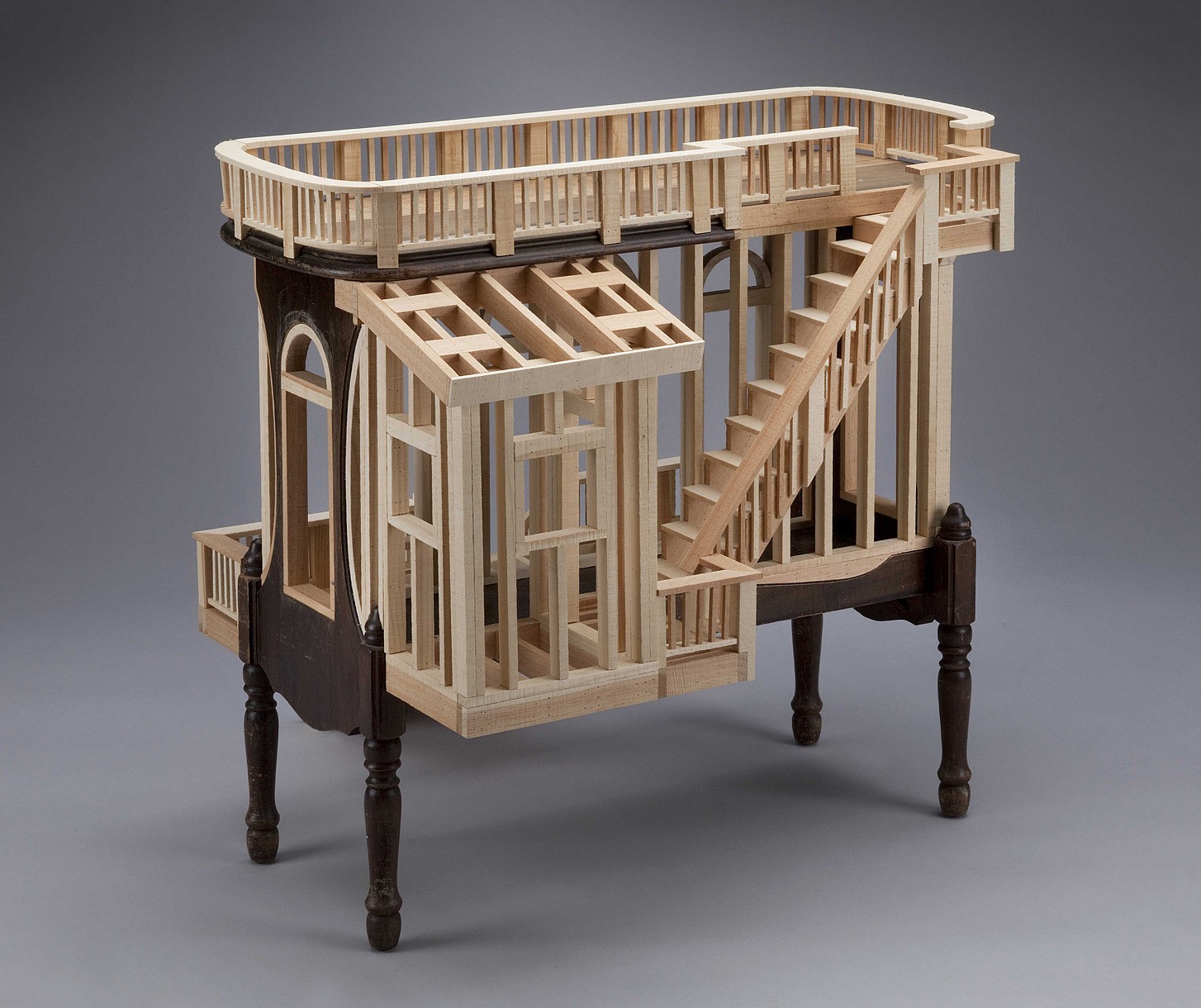 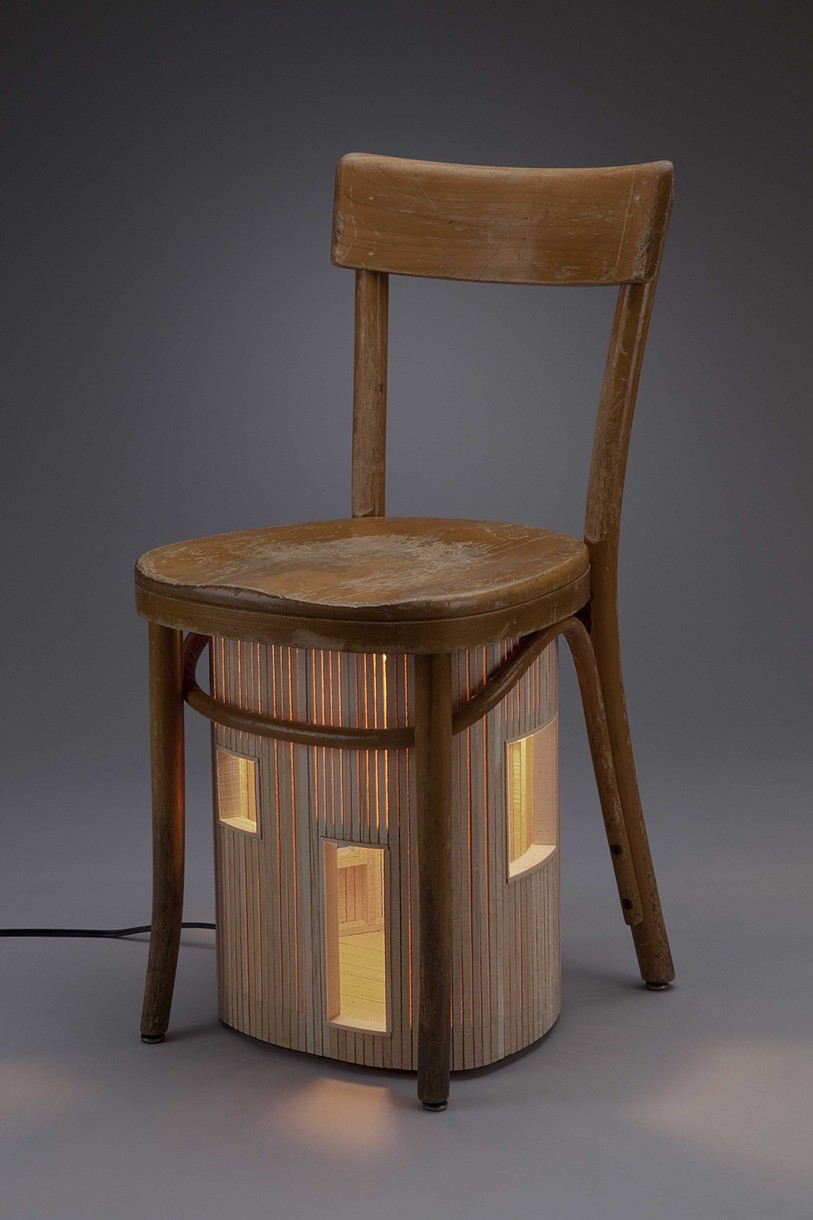 Previously, we covered Lott’s “Habitation Series,” in which vintage chairs, stools and tables are taken over by the framework of parasitic miniature architecture. The structures almost seem to have grown organically according to the proportions of the original furniture, like fungus, each one entirely unique.

In his artist statement, Lott says he draws inspiration from the replacement of hand-crafted local materials with industrially produced materials and a resulting loss of traditional skills. 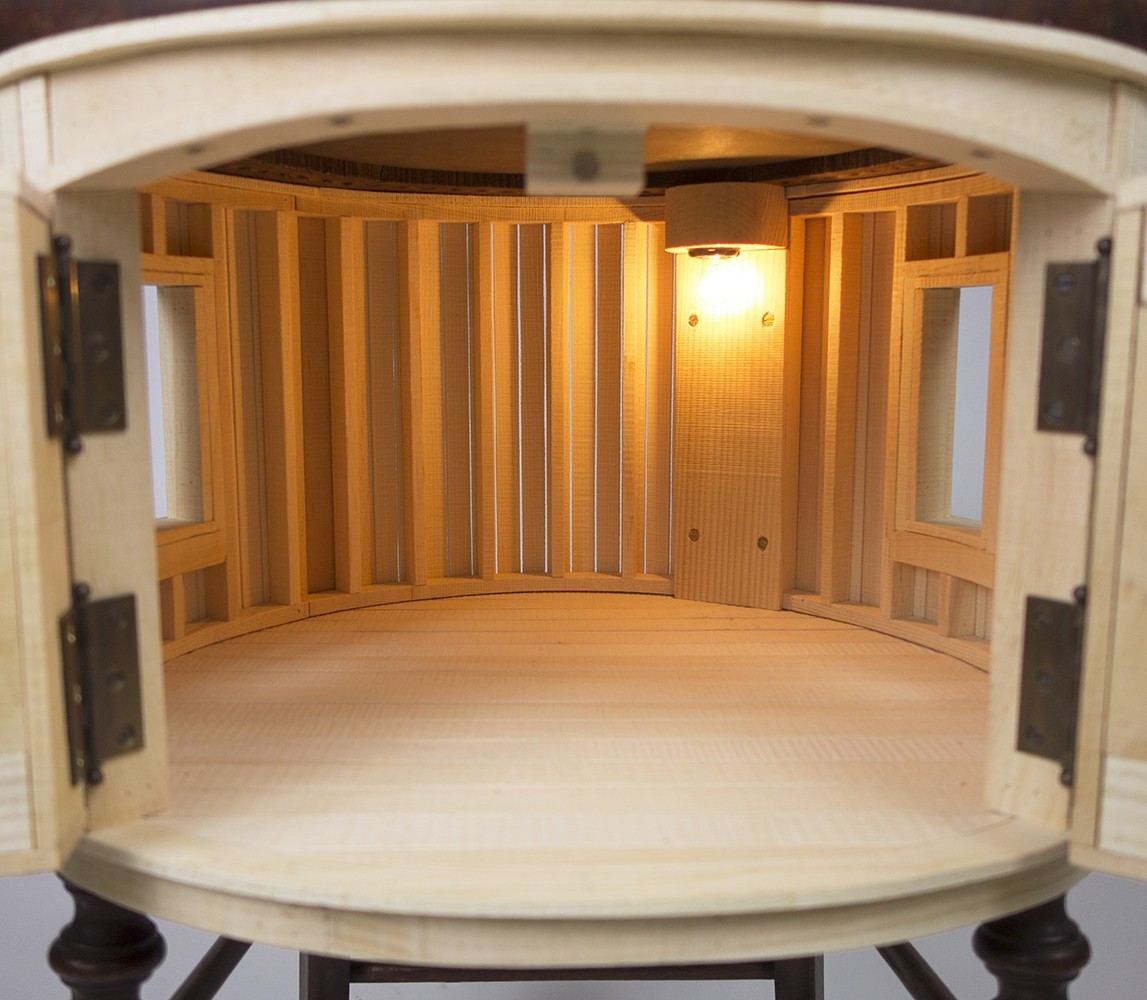 “By combining a diminutive version of this building system with chairs and other objects pulled from the everyday domestic environment I honor the logic and engineering brilliance of stud frame construction, taking what we usually only see when we pass by construction sites, and exaggerating it in a way that renews our vision and understanding. The work uses the bandsaw as a scale sawmill to generate perfectly proportioned raw materials. An engagement emerges between the architecture and found objects, each bringing it’s own visual language while differently scaled systems try to occupy the same space. Unexpected solutions often emerge from the two finding ways to accommodate the other, and pointing to the deep relationship between the design of domestic objects and the architecture of the space itself.” 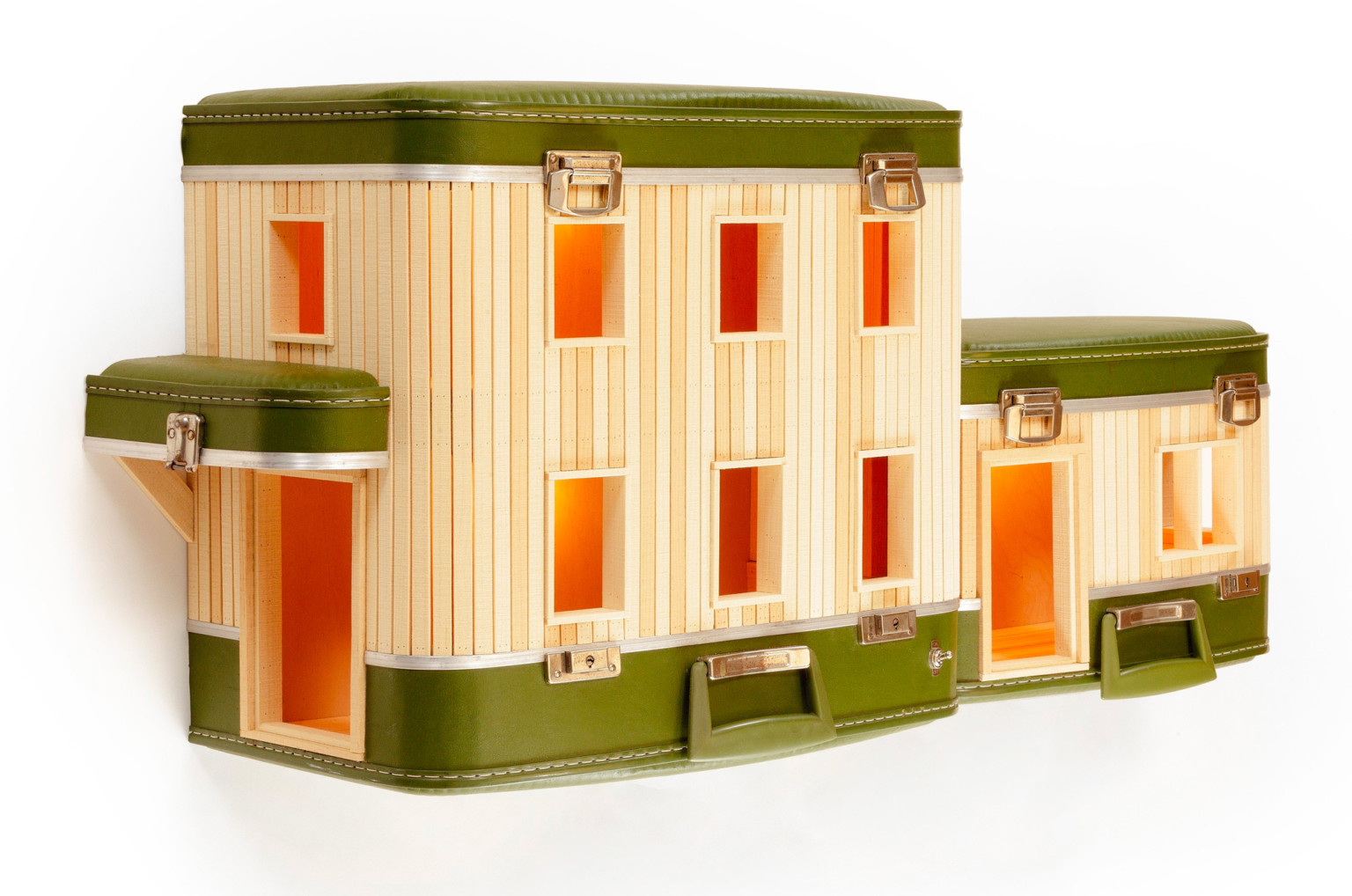 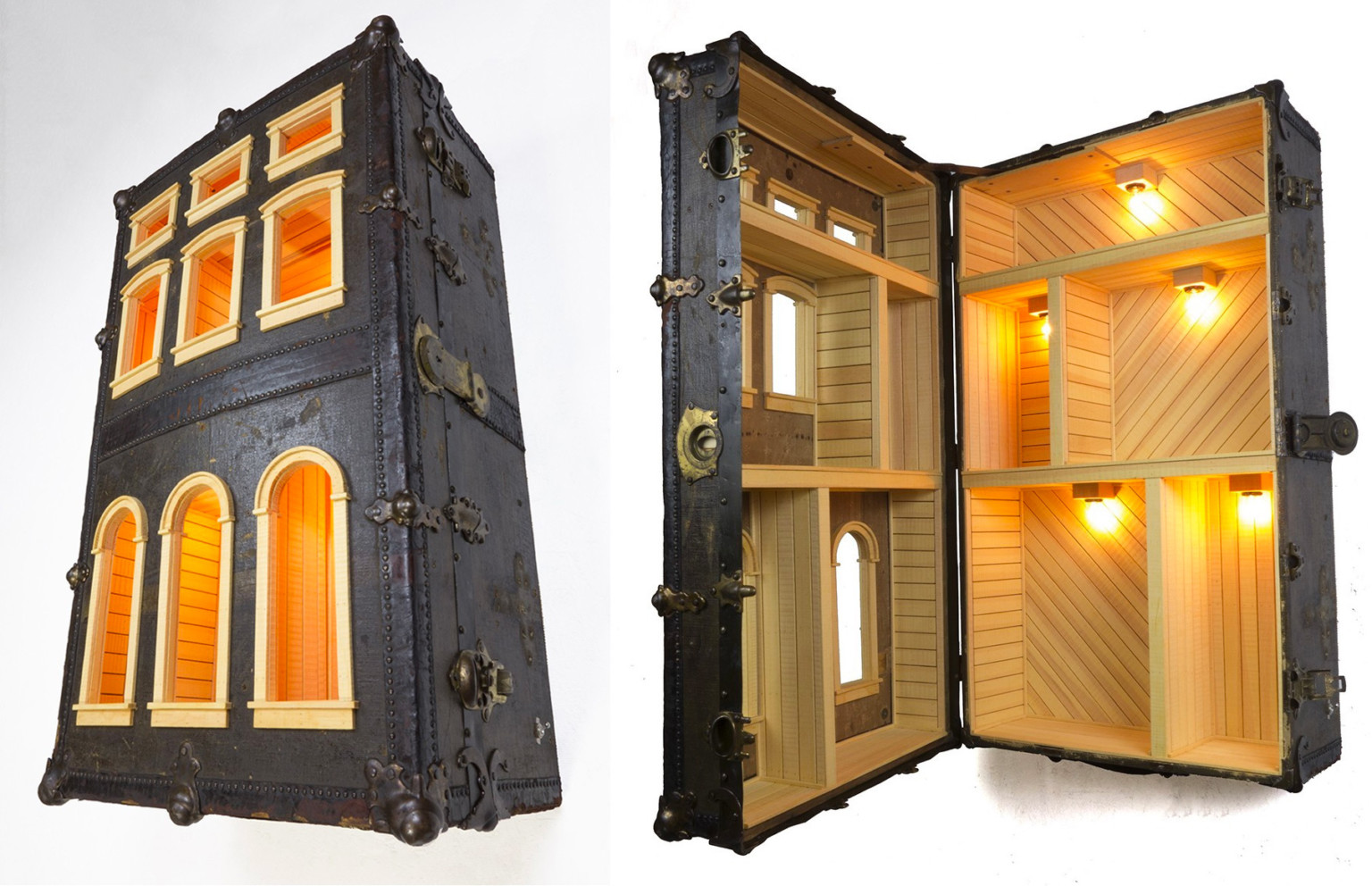 In a 2014 interview with 365 artists 365 days, Lott explains that he grew up living around cities as big as Chicago as well as tiny towns with populations under 400. “That tension between those two environments has continued to be a source of fascination, from the greater concentration of wealth in cities, to the differences, and similarities in the built environments and everyday lives of people who reside there,” he says. 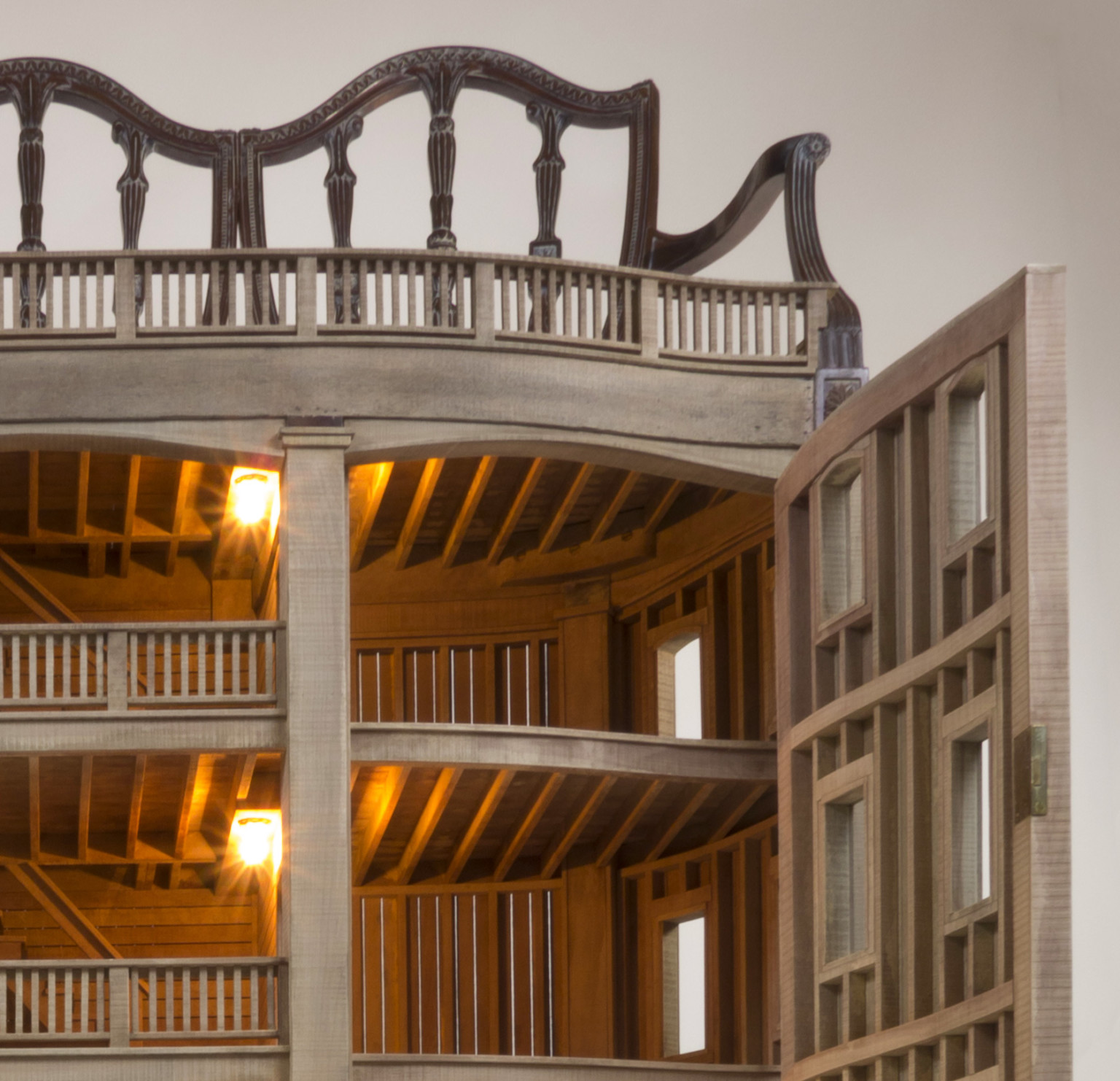 For a sense of the scale of these works, check out Lott’s Instagram, where you can see images and videos of the work in progress.

via This is Colossal