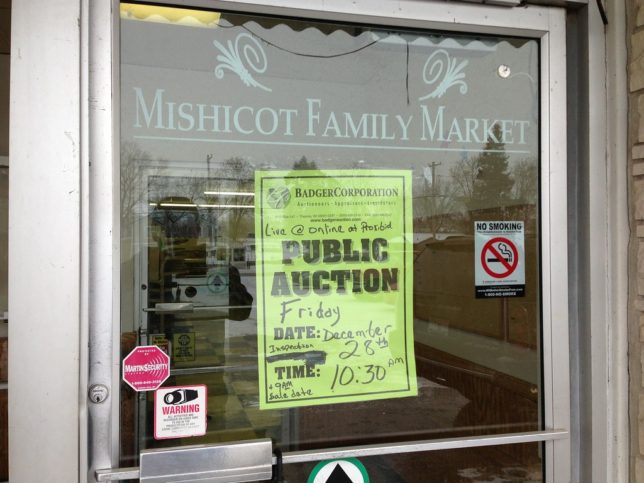 2012 must have seemed interminable for Mishicot residents (not to mention Mayans) as multiple efforts – all ultimately unsuccessful – were made to sell the store. The year finally ended with a public fixtures auction on December 28th. Any remaining shelf items plus the shelves themselves were up for grabs, priced at a fraction of their original value. 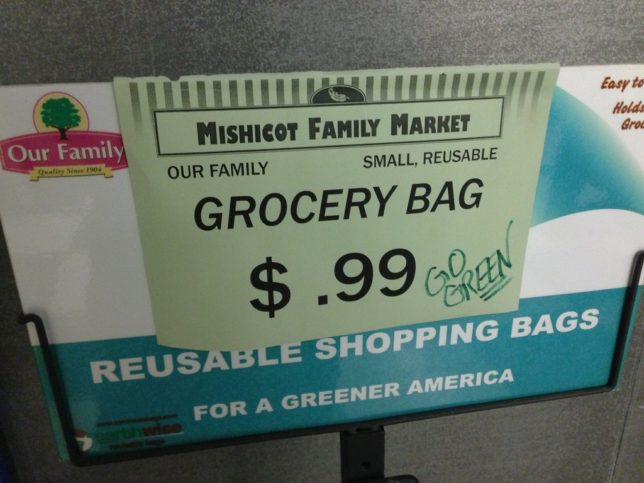 Are MFM-branded eco-friendly shopping bags now collector’s items? Sad that a business that was in many ways the lifeblood of a red-blooded all-American country burg was doing its level best to adapt to changing times, yet paid the ultimate price. America may indeed end up being a greener place but at the end of the day, greenbacks call the tune and settle the score. 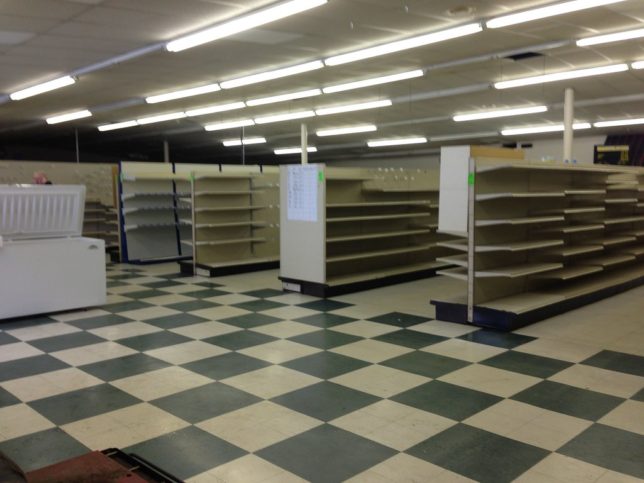 With all hopes dashed for the once-thriving Mishicot Family Market, disappointed residents were forced to endure additional heartaches: passing by the shuttered Main Street store time and time again… for the next five years. All good (and bad) things do come to an end, however.

Look at the Flowers 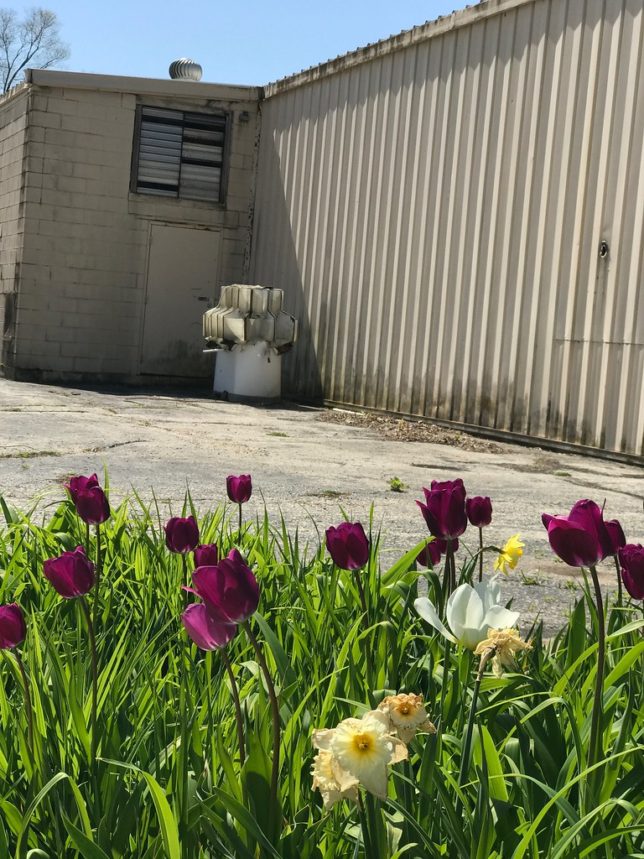 In late-August through mid-September of 2017, the long-lived small town landmark was finally laid to rest, with a bang from the wrecking ball and doubtless more than a few whimpers from life-long Mishicotians. Steeber’s final photo from May 14th of 2017 is a more respectful finale than any shots of the demolition scene might be, allowing for a moment of reflection on good times past and old friends lost.