The Mishicot Family Market served residents of a small Wisconsin town for over 120 years until the now-demolished Main Street mainstay was itself shelved. 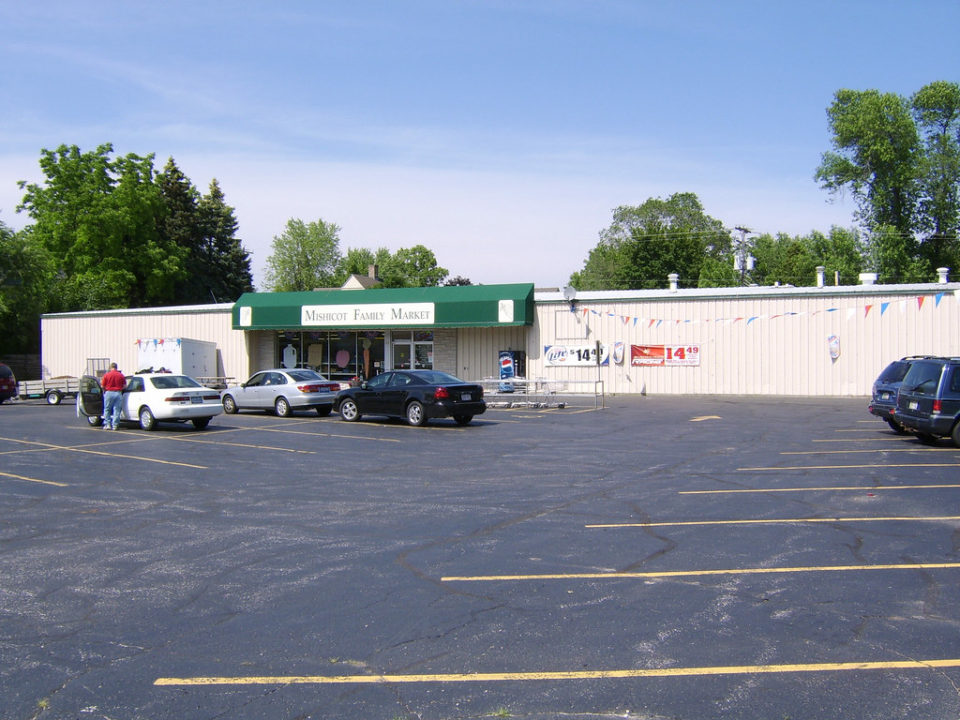 1889 was a good year for Mishicot, a town of approximately 1,440 (as of 2010) located in eastern Wisconsin’s Manitowoc County, south of Green Bay and north of Sheboygan. Back then, the town (such as it was) had only a couple of hundred residents but it’s likely most of them were on hand for the opening of Holst’s Department Store. Holst’s changed ownership in 1963, becoming first Krause’s Shopping Center, then Main Street Market, and finally Mishicot Family Market. The current building dates from 1970. 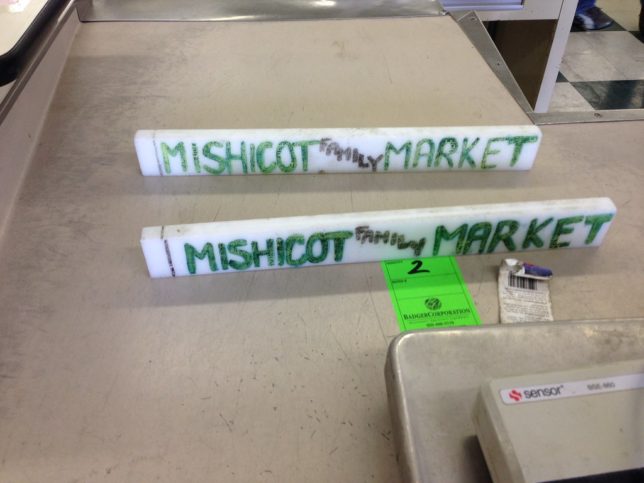 It’s hard to underestimate the importance of grocery stores to America’s rural communities, especially smaller markets that are literally “the only game in town”. High school kids got their first jobs stocking shelves, bagging groceries and running the cash register. Homeowners, meanwhile, depended on the market in much the same way their pioneering forefathers (and foremothers) relied upon the friendly neighborhood General Store. 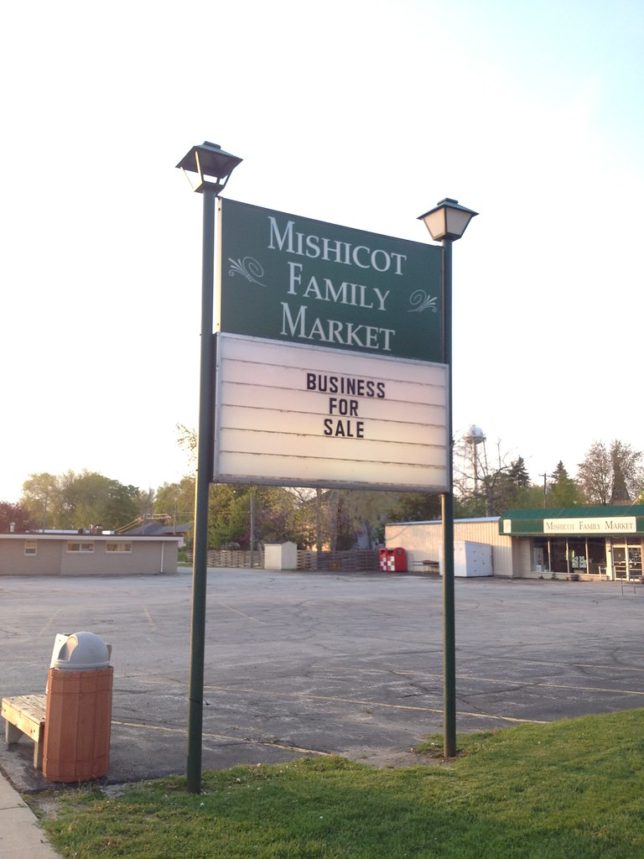 Flickr member Michael Steeber has dedicated himself “to the collection, preservation, and cataloging of the buildings and areas in and around Manitowoc County, WI.” His 43-photo online album, titled “Mishicot Family Market”, features photos taken inside and outside the store dating from June of 2006 through May of 2017. The decade-long spread of images neatly brackets the store’s formal declaration of bankruptcy, filed on February 27th of 2012.