The Lunar Lander Home, inspired by the LM that took NASA’s Apollo astronauts to the Moon, is a visionary boat designer’s Space Age living space. 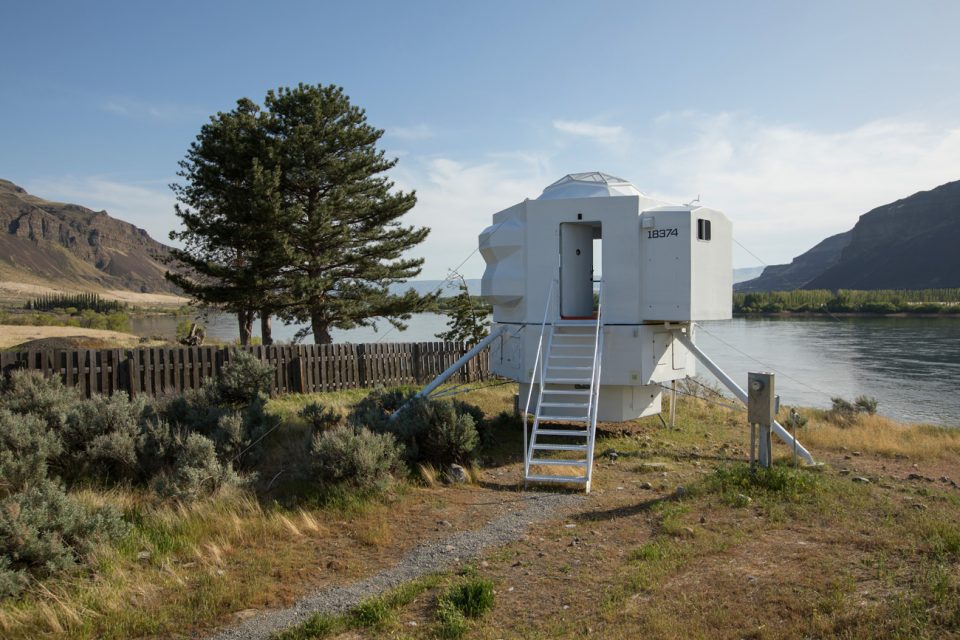 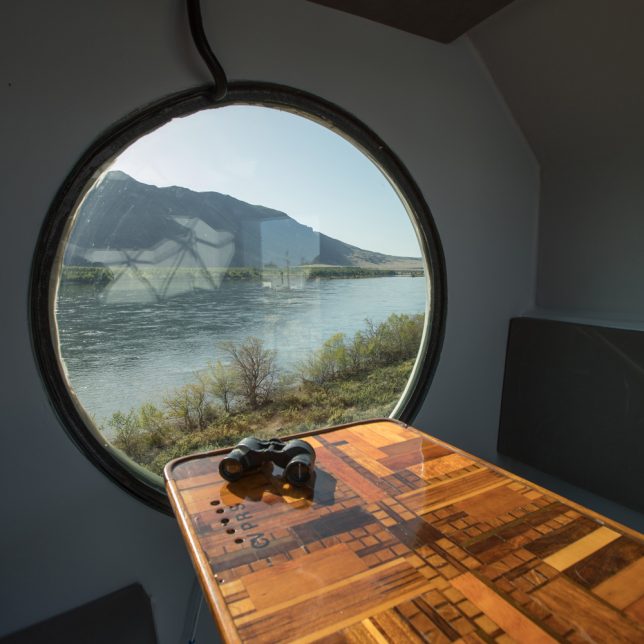 Most people like homes with lots of living space. Then there’s this guy, who’s taken the concept of “living space” to the next level… “living IN space”. Seattle-based boat designer Kurt Hughes of Multihull Design isn’t doing that literally (at least, not yet) so he’s built the next best thing: an earthbound “spaceship” house modeled after the Lunar Module or LM – the Apollo program’s bug-like moon landing/liftoff vehicle. 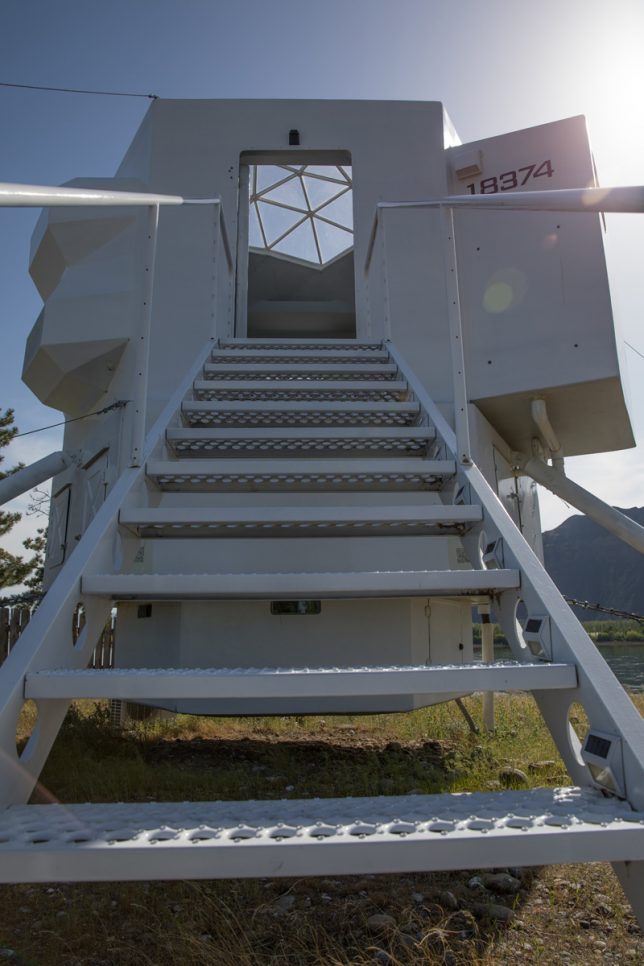 The 250-square-foot house sits on the banks of Washington state’s Columbia River and while it may not offer picture-postcard views of the Sea of Tranquility, this Space Age abode still manages to combine the best of both worlds. Speaking of rivers and seas, residents of what Hughes says is a prototype for a line of larger versions won’t live in fear of floods, as a trio of industrial-strength steel support beams raise the home nearly nine feet above ground level. Ingress and egress is via a ladder-like staircase so every beer run becomes one small step for (a) man, one giant leap for mankind. 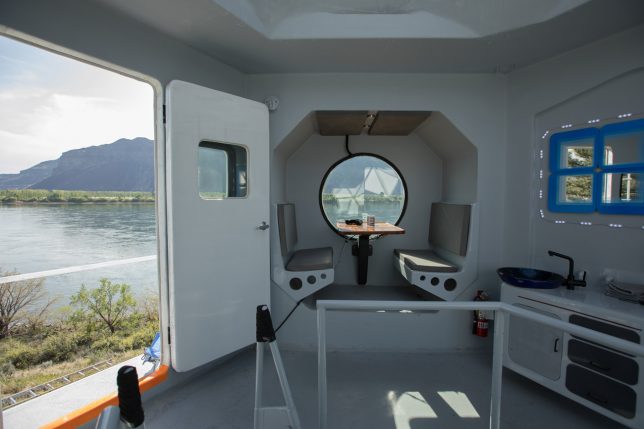 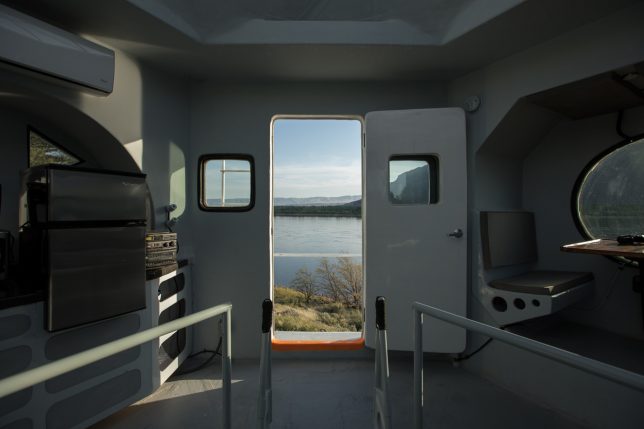 Though much smaller than the average home, this eminently habitable habitat is the product of Hughes’ 35 years of experience in the marine building trade expressed through the filter of an abiding interest in practical architecture… and it’s the shape of things to come. “The mission is to build a line of habitable space landers providing creature comforts with low impact on the land and high amazement factor,” explains Hughes. We have no problem with that, Houston. 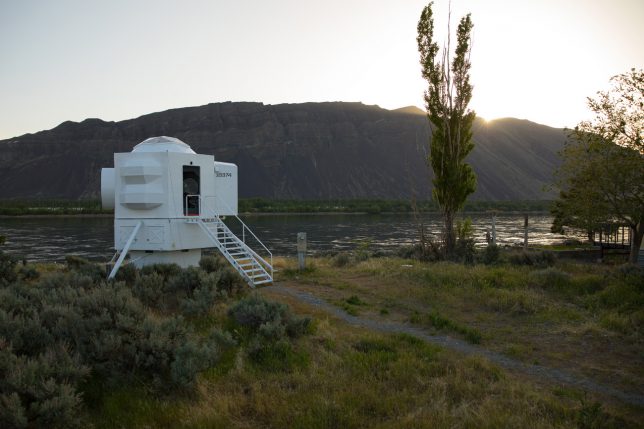 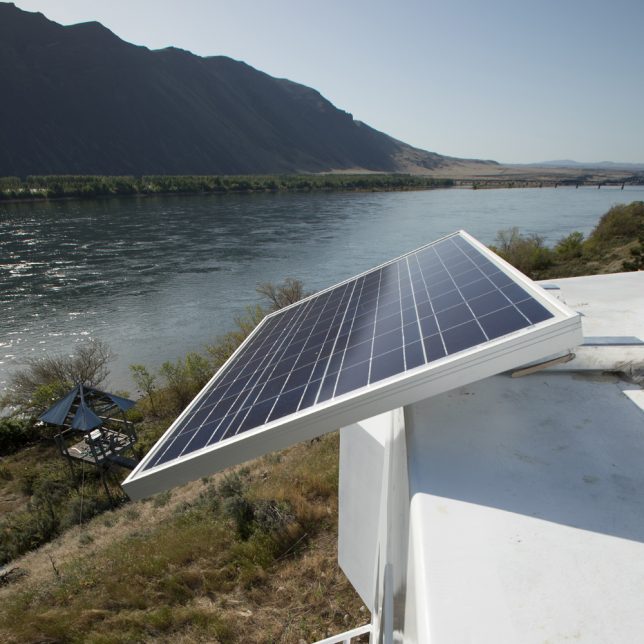 The prototype living space oddity’s location in rural Washington State is no coincidence: Apollo astronauts conducted wilderness survival training less than 25 miles away, 50-odd years ago. The home’s hexagonal floor plan is also inspired by the space program with the common goal in each case being optimal space efficiency. Thus, the usual composite cube house was a non-starter from the get-go even though, as Hughes explains, “it would be simpler, and not ‘weird’ looking. Easy. A cube is not interesting. Cube has been done before. Let’s explore something new. The Lunar Lander is not only an interesting configuration, but an homage to a time when people did new things. Innovators were prized, not feared.” If those aren’t the words of a man on a mission, we’ll eat 50-year-old astronaut ice cream. 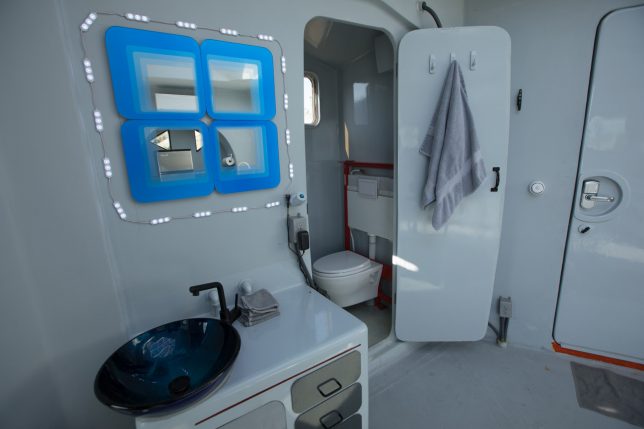 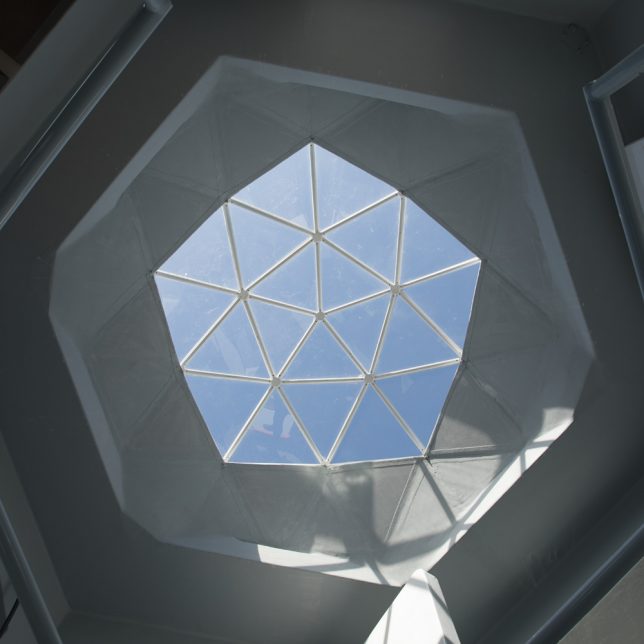 Exploring the Lunar Lander House is an exercise in the physics of inner space. The open floor pan allows easy access to external modules containing a full bathroom, a compact kitchen with stainless steel appliances, a breakfast nook with porthole window, and a storage/pantry closet. The ceiling sports a transparent geodesic dome that acts as a skylight, illuminating the interior by day and negating the need for extensive electrical lighting. As too much of a good thing – light and heat, in this case – has its drawbacks, a composite foam & glass cover can be fitted beneath the skylight. 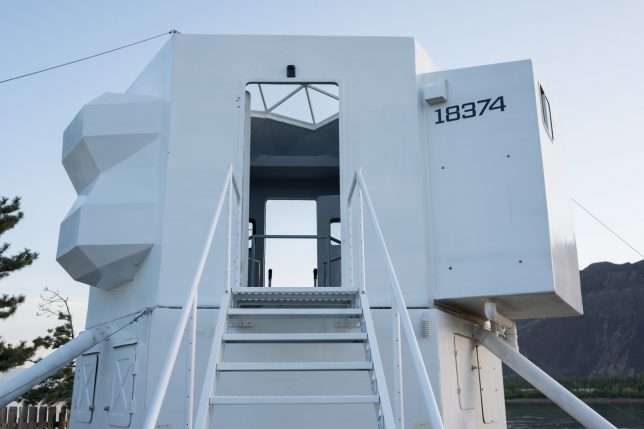 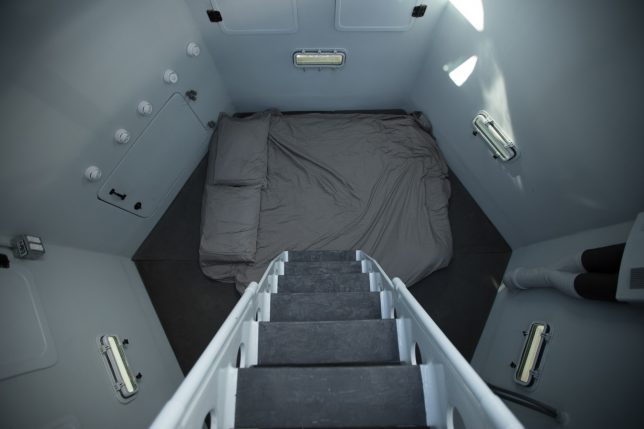 To make this house a home, Hughes has installed a luxuriously comfortable “lounging pit” and bed. The habitat even has an outdoor deck overlooking the river. All of the home’s functional systems and modular living space rest upon a main hexagonal support ring that allows for uncomplicated home movement at the owner’s convenience. 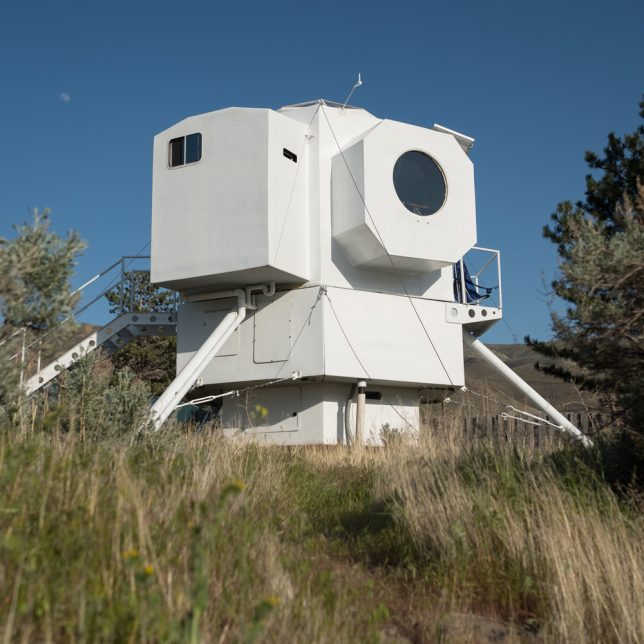 In addition, states Hughes, “the Lunar Lander (house) can rest comfortably on drastic, uneven terrain with virtually no environmental footprint.” Sorta like the actual LM though back then, NASA wasn’t concerned with environmental footprints – just those left by their astronauts. “These off-the-grid outposts will use the latest marine technology to afford a strong, light and easily maintained structure,” adds Hughes. Whatever floats your boat, dude… on sea OR land.