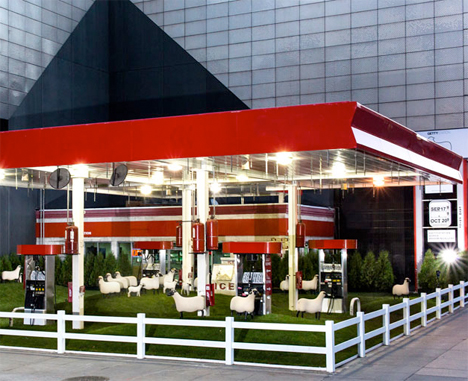 Twenty-five silent, unmoving sheep gather on a carpet of lush green grass in the unlikeliest of places: an industrial gas station in the Chelsea neighborhood of New York City. This surreal pop-up landscape is a team effort between art collector Michael Shvo and Paul Kasmin Gallery, aiming to bring outdoor exhibitions to a broad audience. 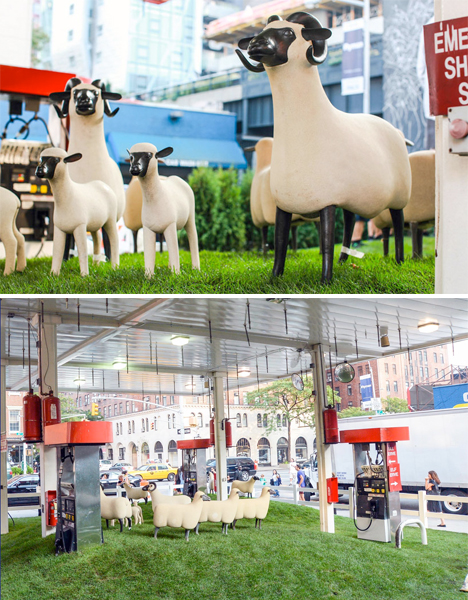 Found in the center of the High Line arts district, ‘The Sheep Station’ installation incorporates iconic epoxy stone and bronze ‘Moutons,’ sculptures by the late artist Francois-Xavier Lalanne. For Lalanne, the sheep symbolized a personal mission to demystify art. 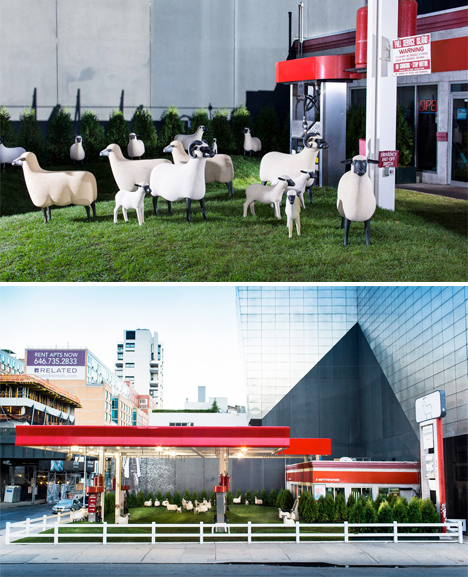 This unexpected pastoral scene, which will be in place until October 20th 2013, is just one of a series of rotating public exhibitions that will be hosted at the former Getty Station. The station has been reclaimed by Paul Kasmin Gallery as a way to bring art – and a sense of fun – to a wider array of people than those who might wander into a museum or gallery. 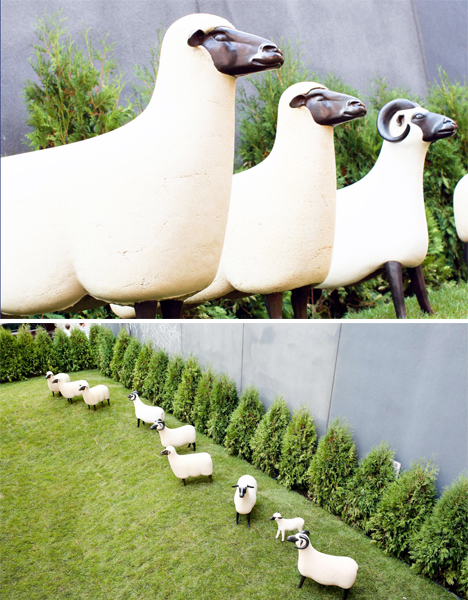 See more pictures and stay on top of other upcoming exhibitions at GettyStation.com.