Who can resist a gigantic bubble that’s big enough to climb into? Inflatables aren’t just practical, packing down to surprisingly small packages and then popping right back up into sizable structures, they’re also just plain fun, whether they act as portable temporary architecture, offer bouncing surfaces, react to movement with light and sound or just casually perch on top of buildings like it’s no big deal. 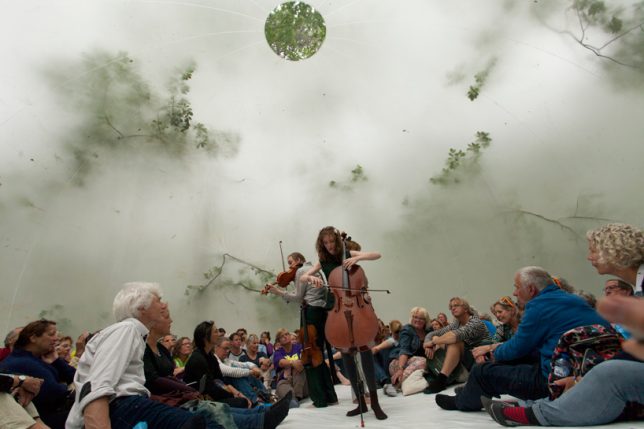 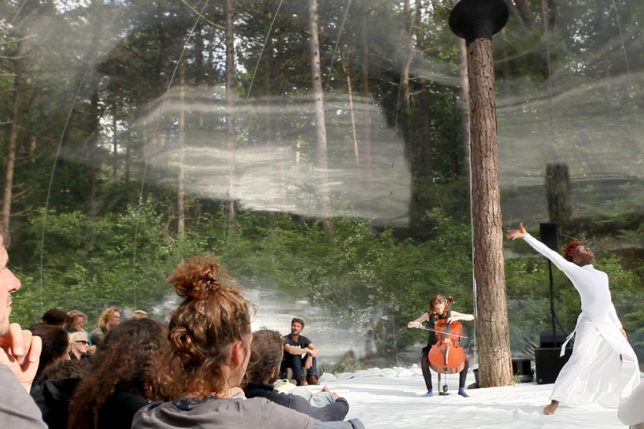 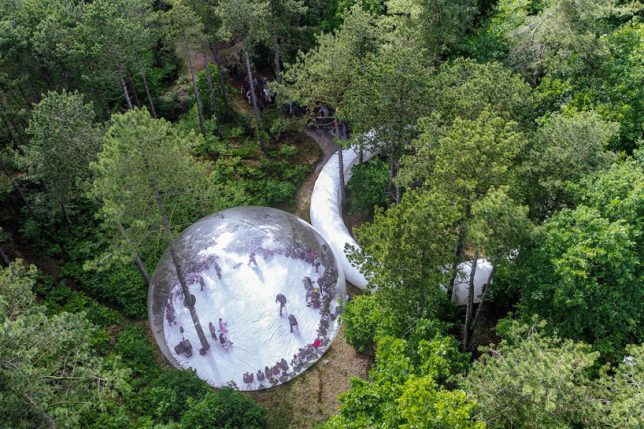 An entire island is used as a stage for events during the Oerol Festival in the Netherlands, and this year, Plastique Fantastique has crafted a special way to enclose some of that space without cutting it off from its surroundings or erecting a permanent structure. This inflatable creation is a transparent orb pierced by a single tree trunk, its skin reflecting the performers as they move 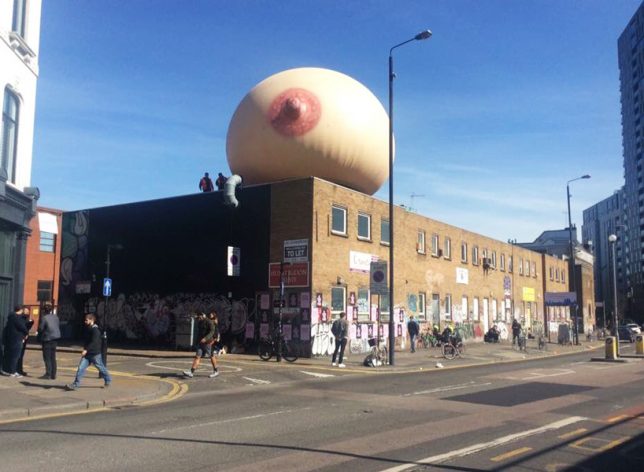 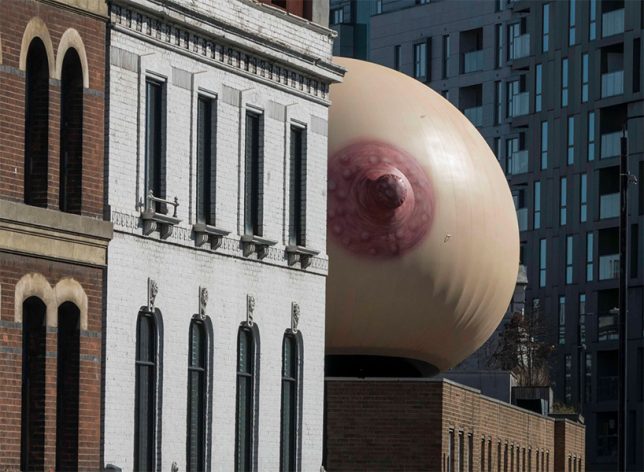 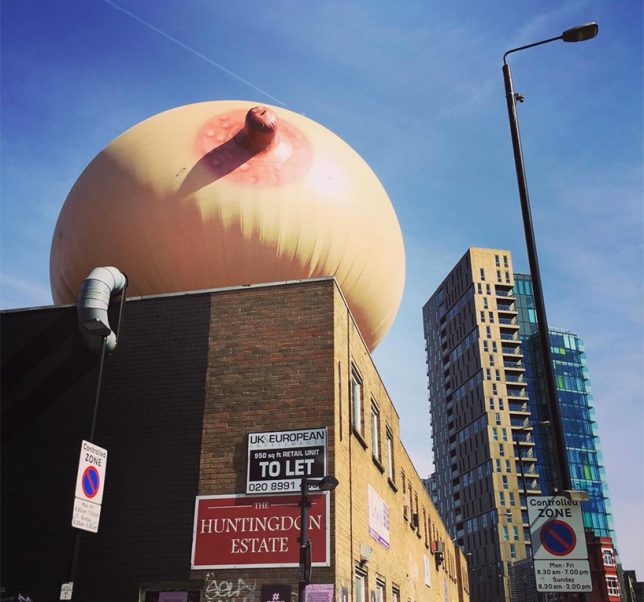 A campaign by Mother London to normalize breastfeeding in public, called #freethefeed, placed a gigantic inflatable breast on top of a brick building in the east London district of Shoreditch during Mother’s Day in the UK. For anyone who might be scandalized at such a sight, nearby flyers explained the project’s educational motives. “It’s hard to believe that in 2017, UK mothers still feel watlched and judged when feeding in public, by bottle or breast. This was our Mother’s Day project. A celebration of every woman’s right to decide how and where they feed their children without feeling guilty or embarrassed about their parenting choices.” 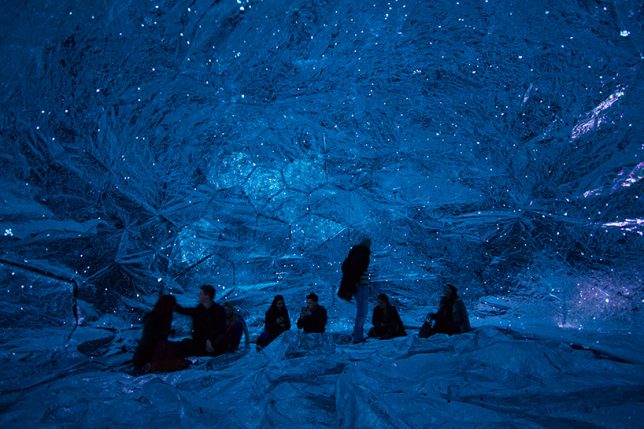 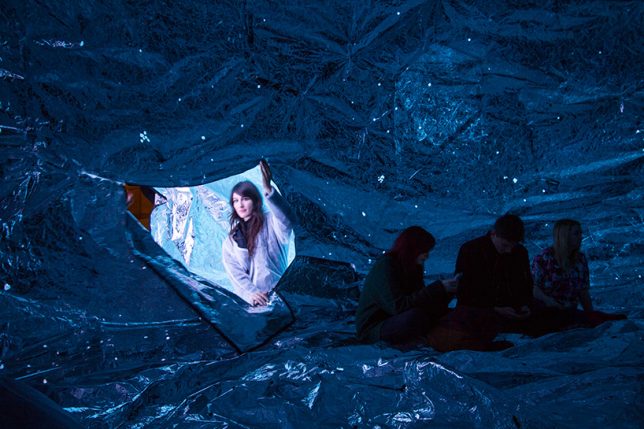 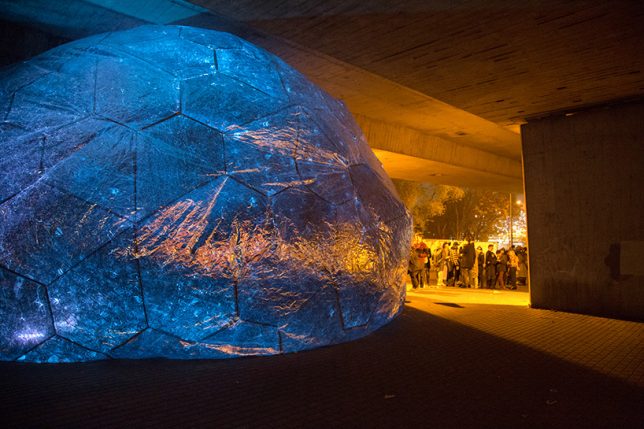 Crinkled metallic fabric creates an inflatable silver sphere in which the cosmos seem to be contained. ‘Osmo’ was created by London-based studio loop.ph for the Light Night Canning Town 2014, placed beneath London’s high-traffic A13 flyover to recreate a stretch of star-filled sky that has been lost to development. 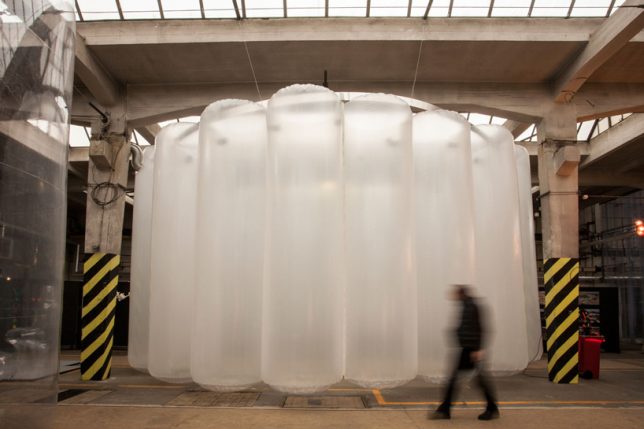 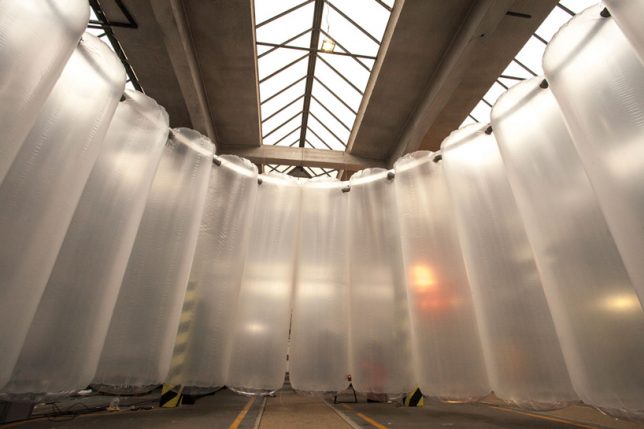 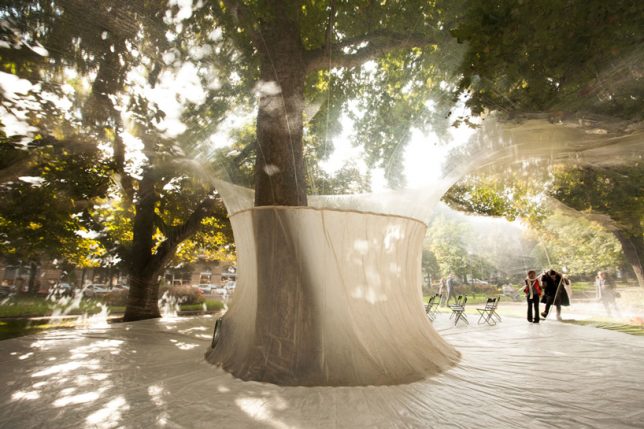 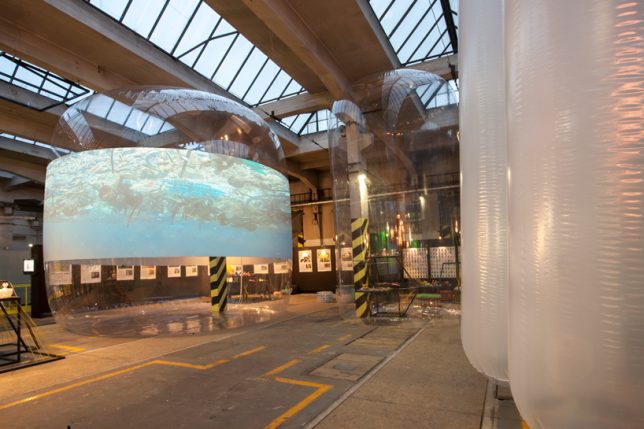 Creating a series of conference spaces and acting as a backdrop for video projection, a bunch of giant inflated cylinders bring awareness to the use of recycled materials as part of the traveling project SiloSilo. For example, a donut-shaped inflatable called ‘MEDUSA,’ which packs down small enough to transport in a box, represents the amount of plastic garbage produced by the city of Pilsen, Czech Republic in just three days. 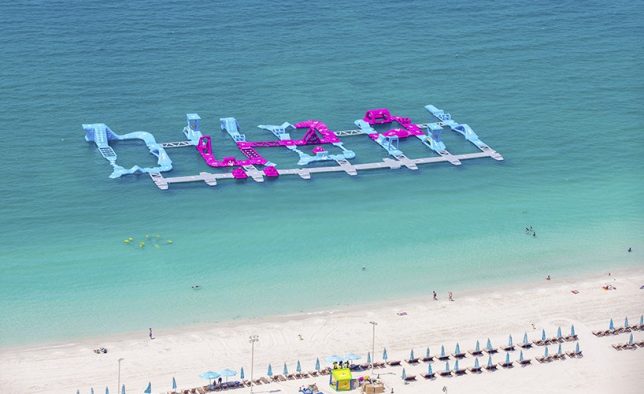 Partiers bounce, jump and dive off a series of inflatable structures spelling out ‘DUBAI’ in the water at Jumeirah Beach residence. The ‘dubaiTAG’ installation by Wibit Sports is made from nearly 100 modular components to create an inflatable waterpark.