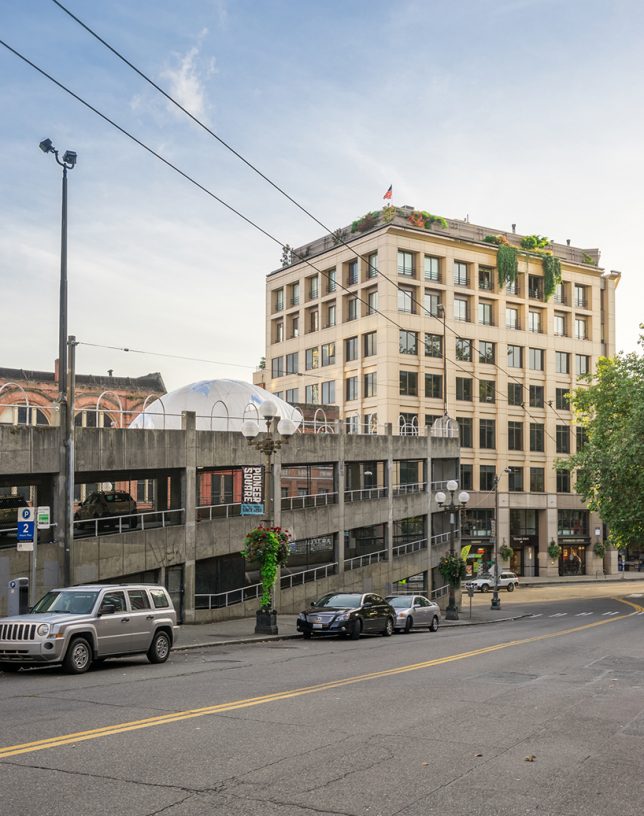 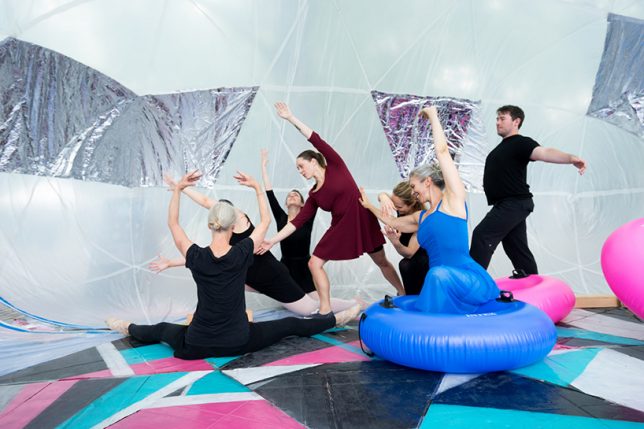 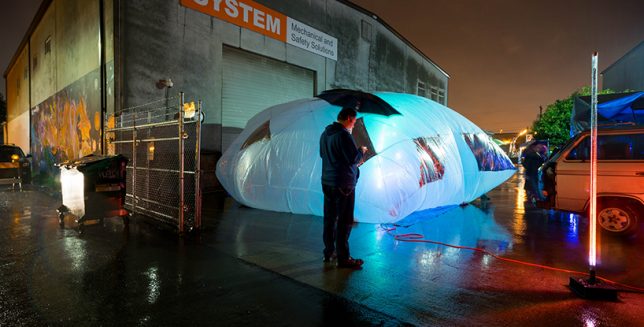 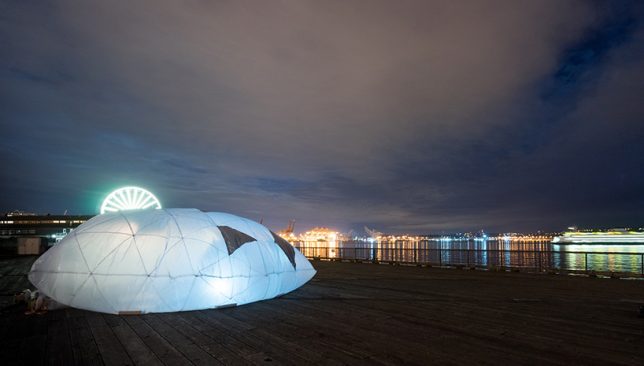 This nighttime ‘Refractor’ pop-up by Seattle Design Nerds pops up out of a 3×2 cart into a 315-square-foot room with a 16-foot ceiling to host temporary activities throughout public spaces in Seattle. The inflatable was made from scavenged cardboard, plastic drop cloths and space blankets.

Walking in the Balloons Installation by City Yeast 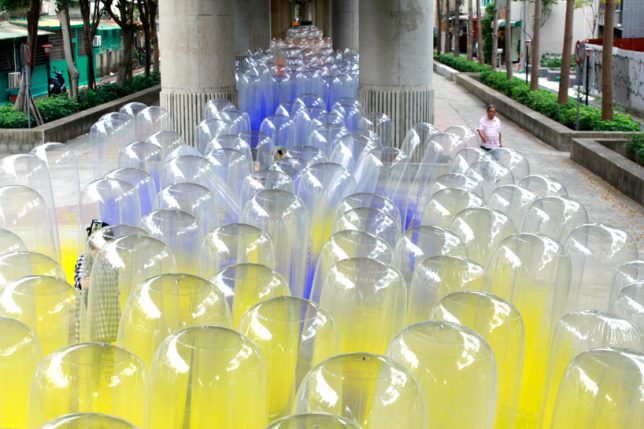 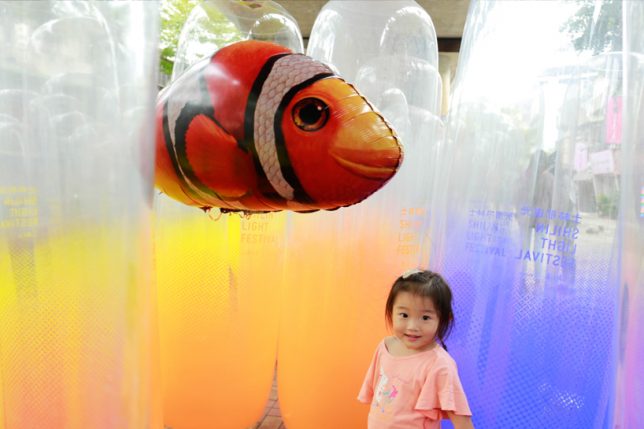 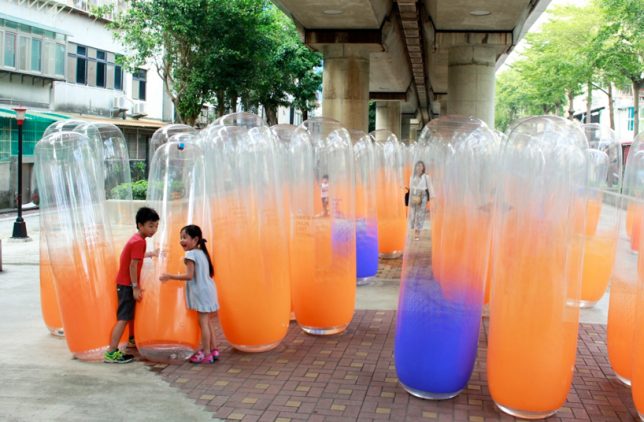 ‘Walking in the Balloons’ is a public installation by Taipei-based design firm City Yeast made of 1,000 tall cylinder-shaped transparent balloons installed beneath the Shilin Metro Station Bridge. Moving through the balloons like a fish through anemone, visitors activate LED lights and mini speaker devices playing music and stories.

Light Cave at The Standard NYC by friendswithyou 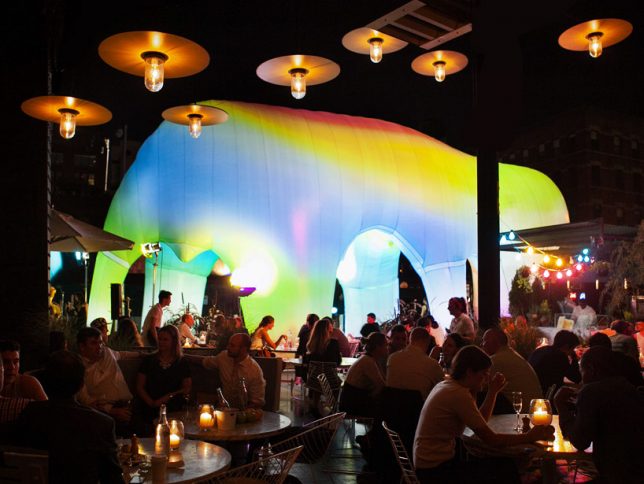 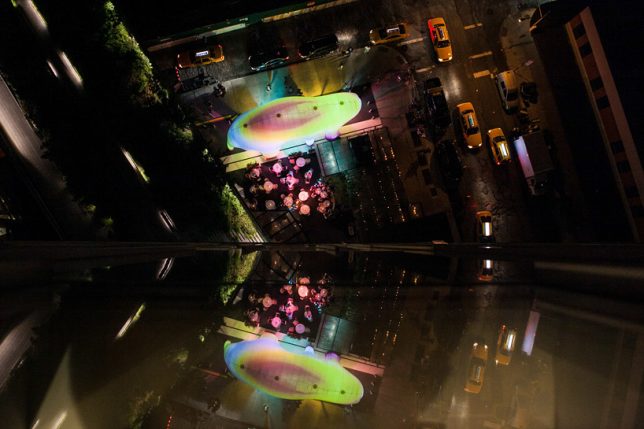 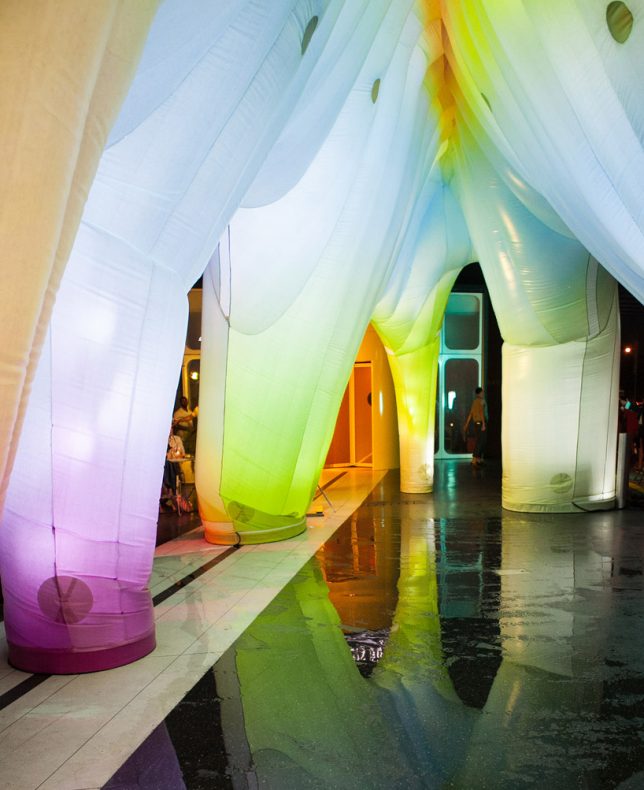 ‘Light Cave’ by friendswithyou towered over the outdoor plaza of The Standard Hotel in New York City, inviting passersby to come check it out. Illuminated by rainbow LED lights and pulsing with music, Light Cave is described by the artists as “a cathedral of the spirit.” 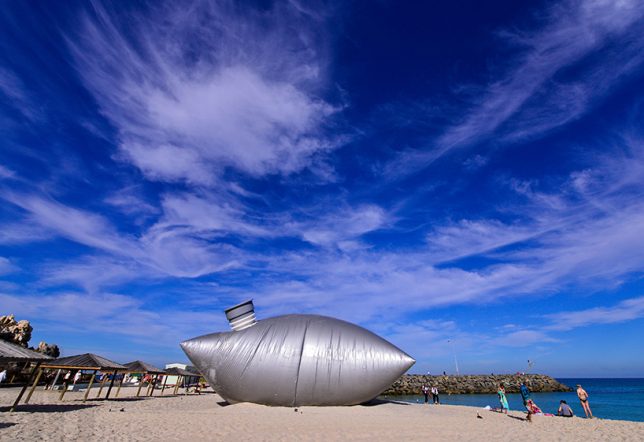 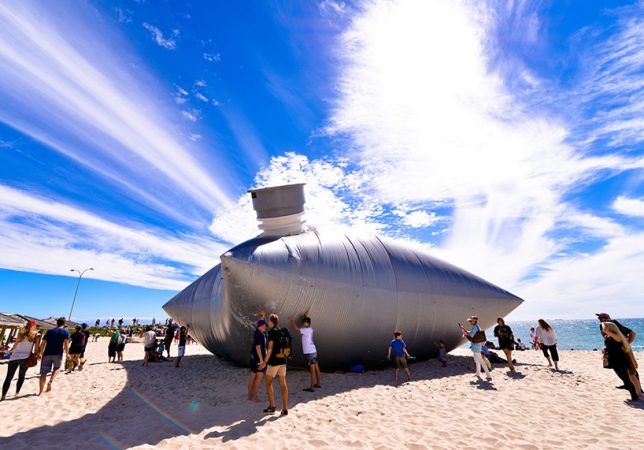 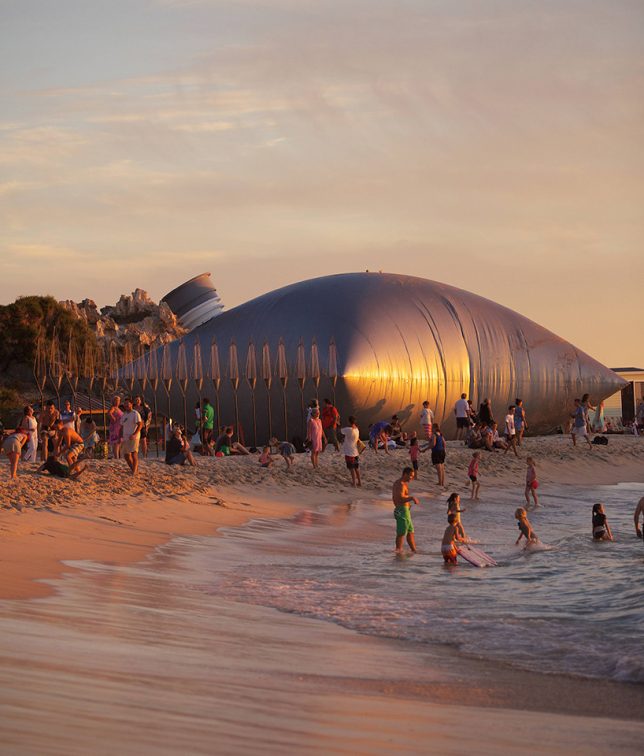 Created by artist Norton Flavel for Sculpture by the Sea in Perth, Australia, ‘Bulk Carrier’ is a giant wine cask bag (an Australian invention beloved by Aussies.) People on Cottesloe Beach were so excited to see what appeared to be a cosmically large bag of wine that they’d come up and hug it.