If your city isn’t meeting your needs, just hack it. Urban hacktivism is a form of creative, citizen-led problem solving that often goes behind the backs of officials and institutions to get things done. Instead of leaving the task of shaping a given city to governments and developers, who tend to ignore the input of people they’re supposed to be serving, urban hacktivists take matters into their own hands by combining crowdsourced knowledge and skills with cheap, readily available materials. That might mean transforming a long-vacant lot into a neighborhood park, adding public seating to an area where it’s lacking, enhancing the safety of intersections for pedestrians or just making urban environments feel more responsive and fun.

At the heart of this kind of guerrilla urbanism is the ability to see the potential of public spaces to better meet people’s needs, make small changes and possibly convince local governments to make those changes permanent in the process. After all, the people who use those spaces every day know best. If you’re interested in carrying out some DIY urbanism in your own city, the internet is full of examples, guides and tutorials to get you started. These hacks may or may not be legal where you live – whether you choose to find a way around that is up to you, and most of these tools come with an obligatory disclaimer that they’re not suggesting, teaching or condoning any kind of illegal action. 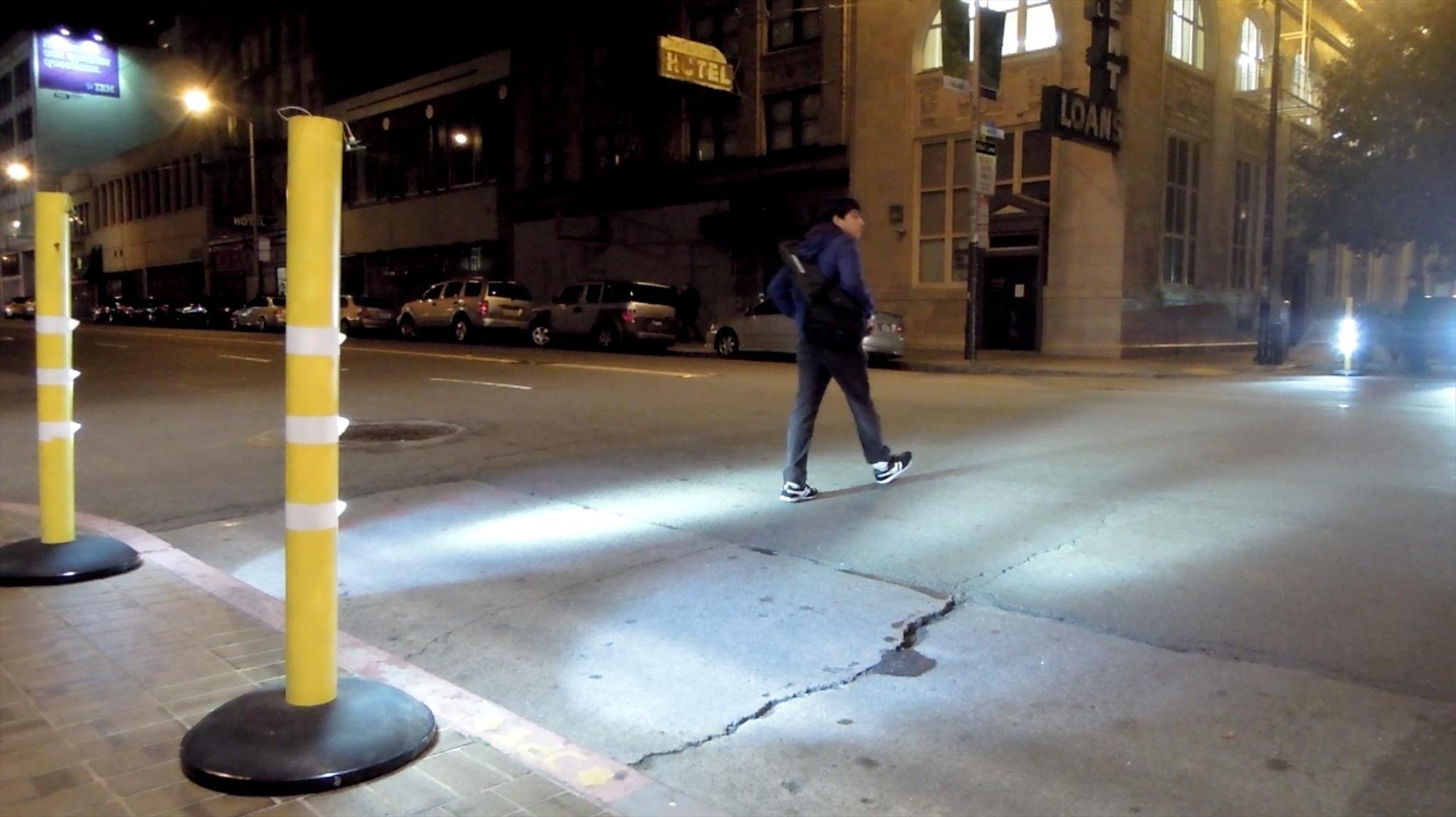 Sometimes, cities just don’t seem to know where crosswalks belong. Maybe they’re not paying attention. Maybe there’s some kind of red tape involved. But a lack of proper crossings can be dangerous for pedestrians who simply aren’t going to take a stupidly long way around. If there’s a common crossing near you that isn’t marked, you can mark it yourself, whether by grabbing some paint and forming your own urban repair squad or setting up a temporary illuminated crosswalk, as laid out at Instructables. For guidance on paint selection and other aspects of this task, check out the Tactical Urbanist’s Guide To Getting it Done, a free resource you can download packed with tips for all sorts of projects. 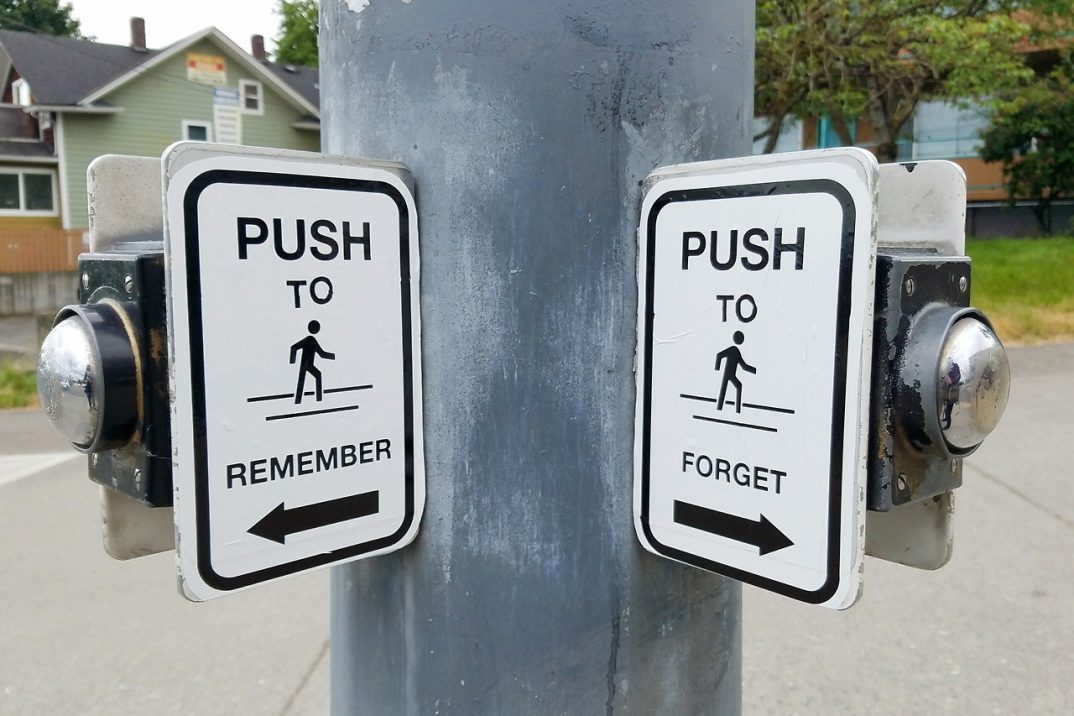 PHOTOS: These hacked electronic street signs make being stuck in traffic worth it http://t.co/XZkdOV8RdJ pic.twitter.com/pu9sFIx9eJ

Some cities don’t have enough navigation signs to guide people to significant destinations. Some just aren’t adequately marked, like a misleading exit sign over the 110 freeway in Los Angeles, which one intrepid urban hacker fixed himself with a very convincing facsimile of official Caltrans signage (it stayed up for over eight years.) Street artists frequently “hack” signs just to make them more interesting and fun. And, just to say, electronic road signs are pretty easy to hack into just for the sake of making someone smile on their crappy commute, though of course you should never tamper with these signs, as instructions to do exactly that will warn you.

You can also produce your own street signs that look official at a glance, but actually spread positive messages in unexpected places. Seattle-based guerrilla artist April Soetarman sells her own rugged heavy-duty laminated aluminum signs that say things like “NOTICE: I never stopped loving you. I hope you’re well.” It’s easy to order your own custom street signs through any number of websites, all just a Google away, or you can do it through the Walk Your City Project, which links informational street signs “with web-based campaign management and data collection to complement traditional approaches to way finding.” 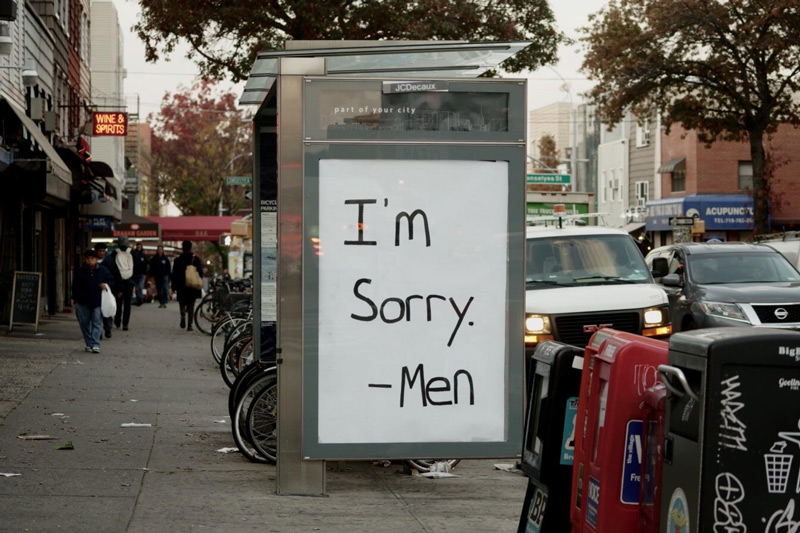 Brandalism, “a revolt against the corporate control of culture and space” by an international collective of artists, wants to help you intervene into ad spaces that usually celebrate consumption in favor of art, political messaging or whatever you’d rather look at instead. Carefully noting that the tools they offer “are handmade art objects and not intended for use,” the group maintains a site called PublicAdCampaign.com illustrating the types of tools required to get into bus shelter ads in various cities across the world. You can purchase these tools – er, art objects – directly from the website.

Build Your Own Bike Lanes

A lack of proper bike lanes is dangerous for everyone on the road, whether you’re a cyclist or a motorist. DIY bike lanes are almost always illegal, but that doesn’t stop people from making them anyway in a form of political vandalism that often forces officials to sit up and pay attention. The tactic can definitely pay off, as it’s not unusual for these temporary lanes – made of traffic cones, flower pots, or even toilet plungers – to eventually become permanent. Tactical Urbanism has a variety of tips in this area, along with case studies that show how it worked out in various cities.

Hacking cities needn’t (and arguably shouldn’t) involve the purchase of expensive, heavy, potentially waste-producing materials. DIY urbanists are encouraged, instead, to “hack” into existing modular systems to make them work for new purposes. Examples include Mifactori’s “Circular Street Waste” workshop, in which discarded furniture and other trash collected from the city streets is transformed into versatile multi-use parts that could become tables, benches, shelters and more.

Similarly, the 3erlin Grid (say “Berlin Grid”) offers a grid-based decentralized open standard for building objects and structures that always leaves a distance of 3cm between holes for nuts and bolts so all parts always fit together and can be combined in infinite ways. So if one person builds, say, a DIY table for a city, someone else can come along and add to it. They’re often based on children’s toys, found objects that can be easily modified, like fencing and scaffolding. The principles follow those of OpenStructures, which include using recyclable materials, designing for disassembly and making components as cross-compatible as possible.

Many tactical urbanism projects are self-explanatory, and easy to recreate just by looking at what other people have accomplished. Check out some of our previous posts on urban hacking for a whole lot of inspiration.