Guerrilla street artist Clet Abraham may be the Banksy of the boulevard, hacking road signs with stickers and encouraging people to question authority. Our lead image dated August 31st of 2013 comes courtesy of Flickr member Oilvier Ortelpa, who snapped Abraham’s enhanced traffic sign in Brussels, capital of the EU. 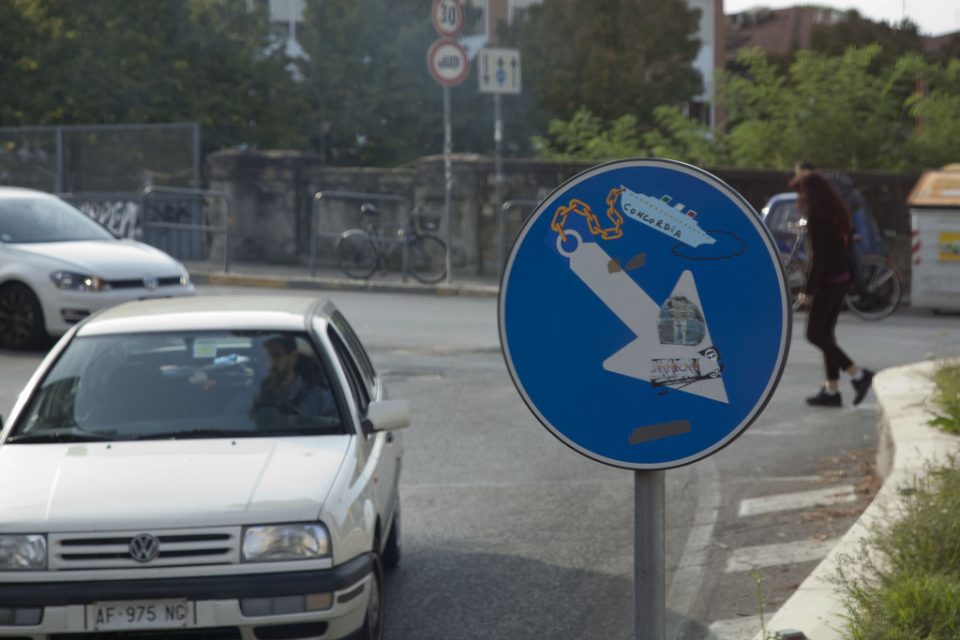 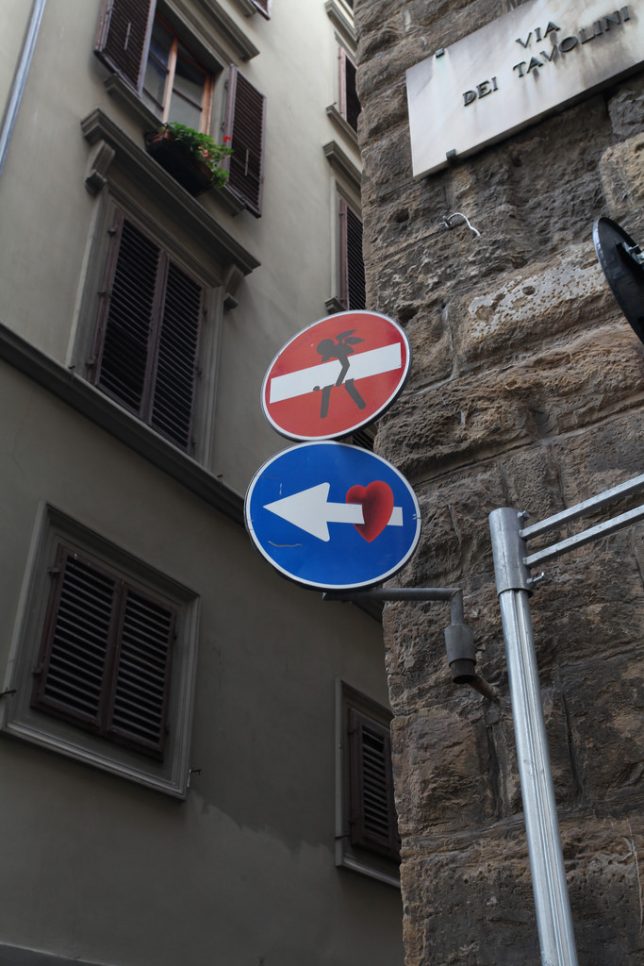 Clet Abraham‘s creative road sign hacks turn everyone’s frowns upside down – well, unless you work for the City – but his subversive street sign stencils are meant to be more than just amusing. The Florence, Italy-based guerrilla artist sees graphic, no-nonsense road signs as uncompromising symbols of authority. His clever stencils facilitate alternate interpretations of the signs’ harsh and uncompromising symbolism, and thus invite the public to think twice before blindly obeying those anonymous commands. 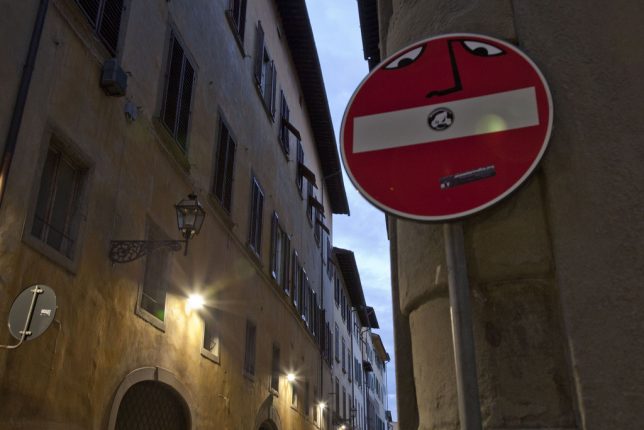 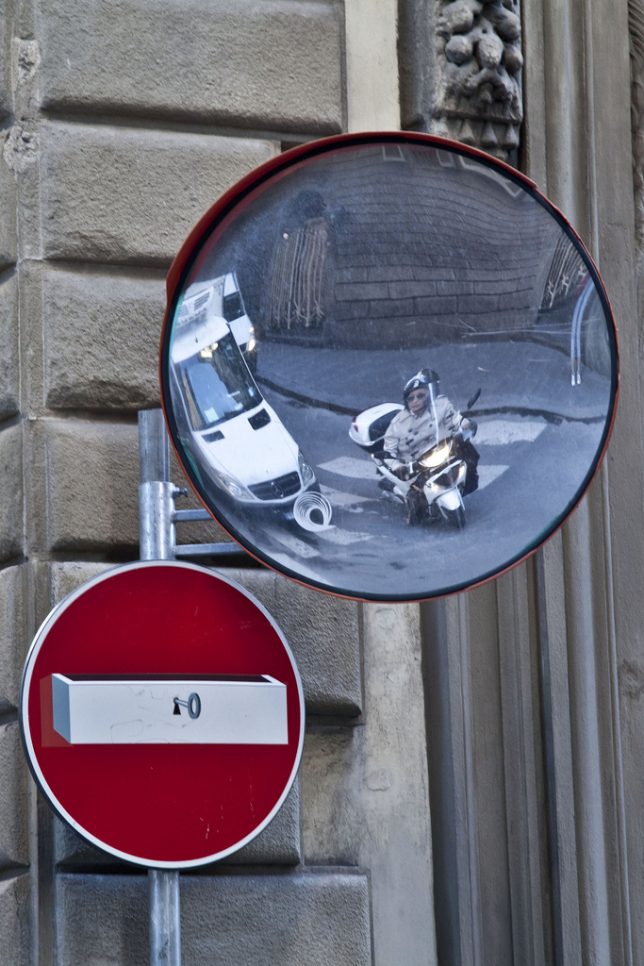 One of Abraham’s favorite targets is the ubiquitous red & white NO ENTRY sign. Possibly alluding to the human tragedy of Europe’s migrant crisis, Abraham hopes to provoke more public debate over the concept of NO ENTRY and what it means to not only those hoping to come to Europe but those already living there. Some examples of the artist’s work in his hometown of Florence are shown above, snapped by Flickr member Marianne (Mariannera) in October of 2013.

When In Rome, Hack The Signs 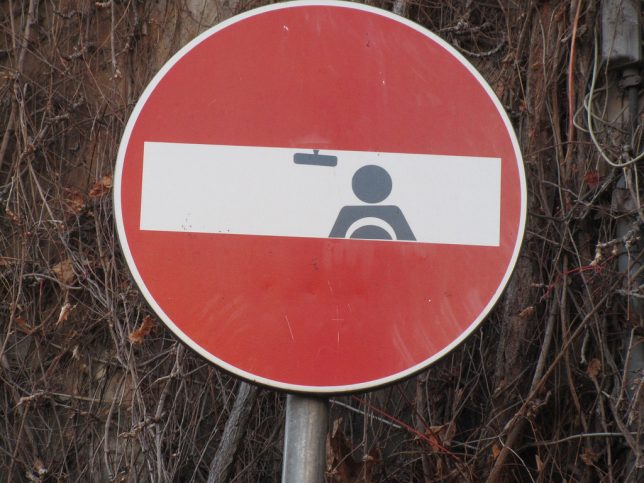 Now 50 years old, Abraham has lived in Florance since 2005 but originally hails from Brittany, France. He studied at the Ecole des Beaux-Arts in Rennes before moving to Rome, where he honed his skills restoring antique artworks – you won’t find any botched frescoes on his resume! 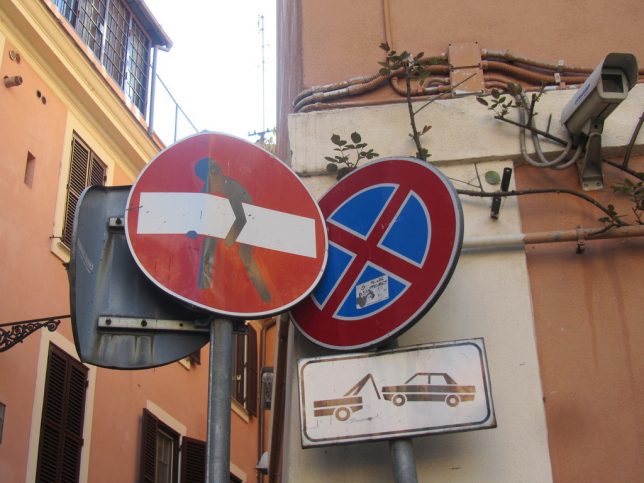 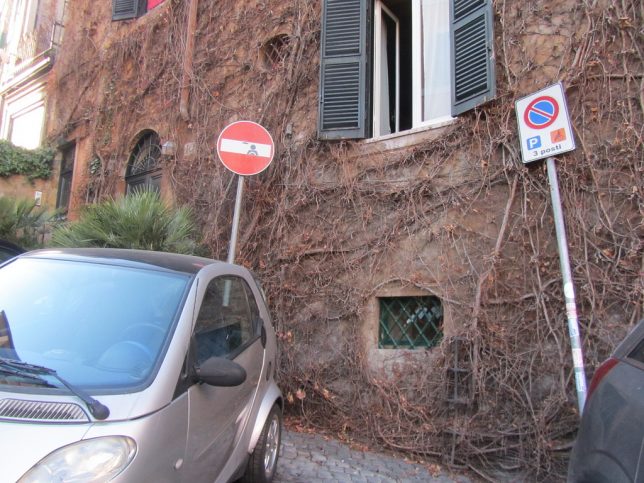 It was the “omnipresence of street signs” in Italy, however, that spurred Abraham “to intervene, both to notify the public of the absurdity of the situation, and to propose a constructive and respectful alternative.”  Flickr member Philosofia captured a small selection of Abraham’s work on the streets of Rome in January of 2012. 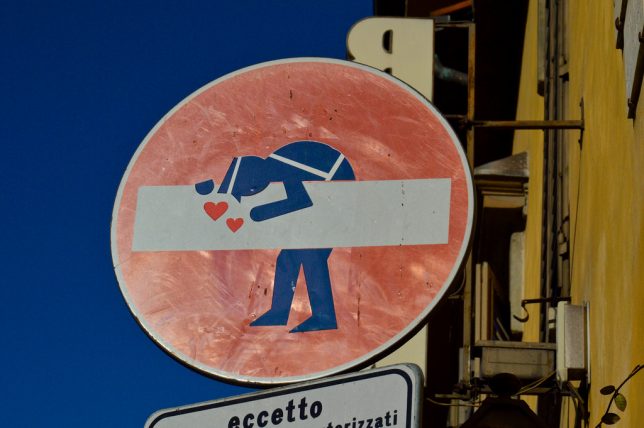 “My adhesives are developed to add a further level of reading (to street signs),” adds Abraham, “constructed on the base of their original signification in order to maintain its utility but give it some intellectual, spiritual, or simply amusing interest. The final objective? That traffic keeps flowing without us feeling spoken down to!” Flickr member Irene Grassi snapped the above sun-faded stenciled sign in Florence on January 1st of 2015.