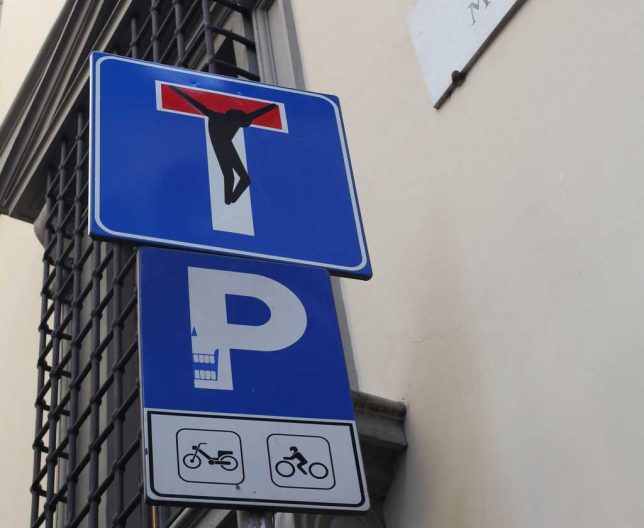 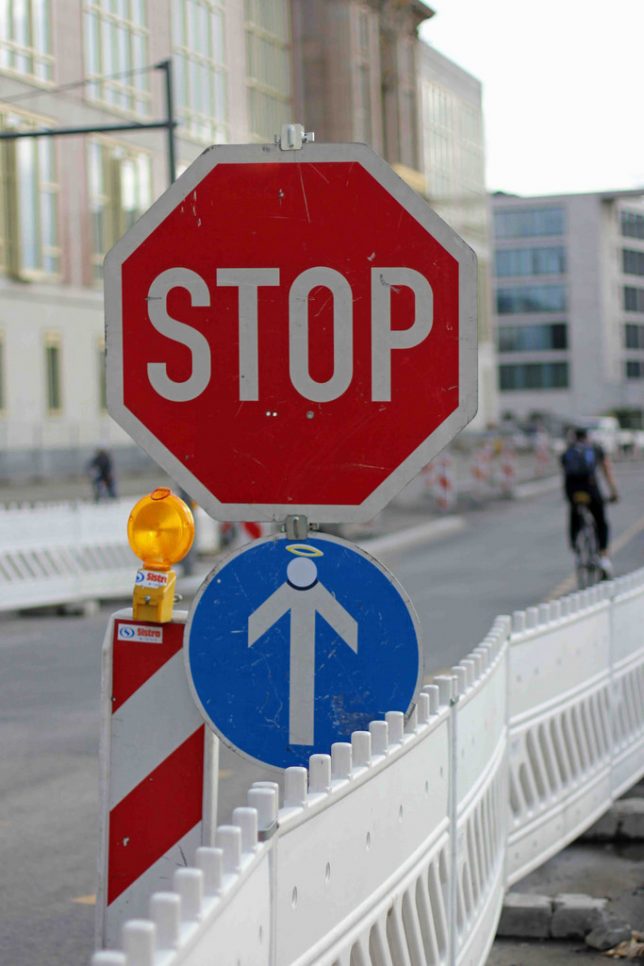 In line with Abraham’s belief that road and traffic signs are an affront to individual expression and thought, many of the artist’s stenciled mods have religious themes. Take the signs above. The first, captured by Flickr member Marianne (Mariannera), superimposes a stylized crucified Christ over a Dead End sign. The second, snapped by Flickr member andberlinblog, features an angelic arrow subsumed by a STOP sign. So, are Abraham’s religious “pieta” artworks a plea for freedom OF religion or freedom FROM religion? More food for thought – no doubt the artist’s intention irregardless. 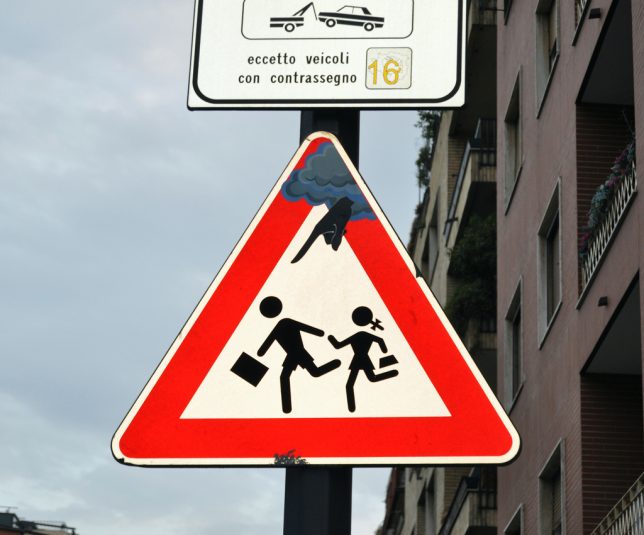 Students beware of thunderstorms? A closer look reveals the Hand of God firmly admonishing a panicked pair of youngsters who are guilty of something, anything. Yet the sign is man-made… just who wields supreme power these days? Flickr member Lino M (greenmarlin) snapped the Abraham-modified school crossing sign above in Milan, Italy, on June 3rd of 2012.

The Lighter Side of Signs 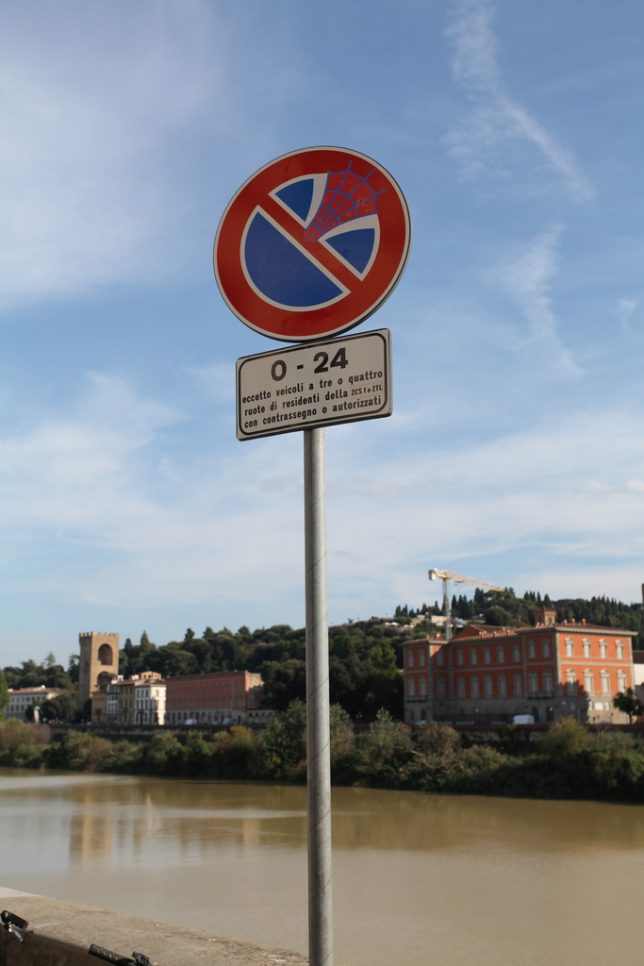 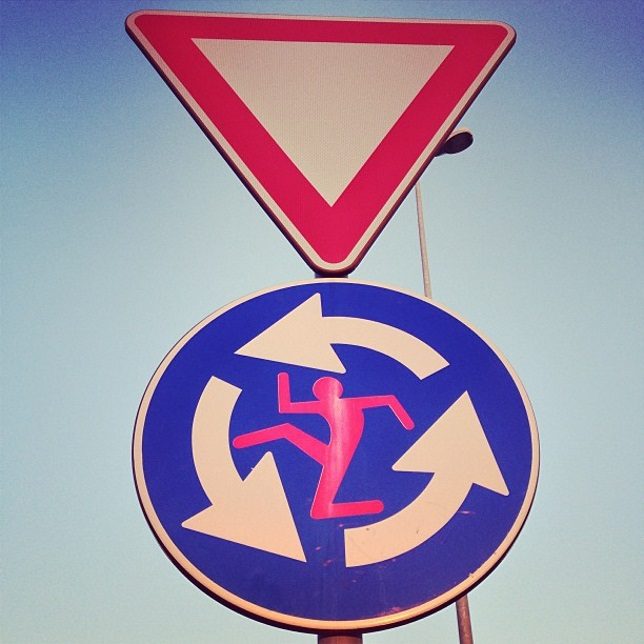 Abraham’s hacked road signs don’t all seek to impart such deep, dark and disturbing messages. Take the two signs above – one seeming to evoke Spiderman and the other expressing a mix of fun and frustration at the prospect of a Roundabout. Those who’ve watched National Lampoon’s European Vacation can sympathize with the latter. 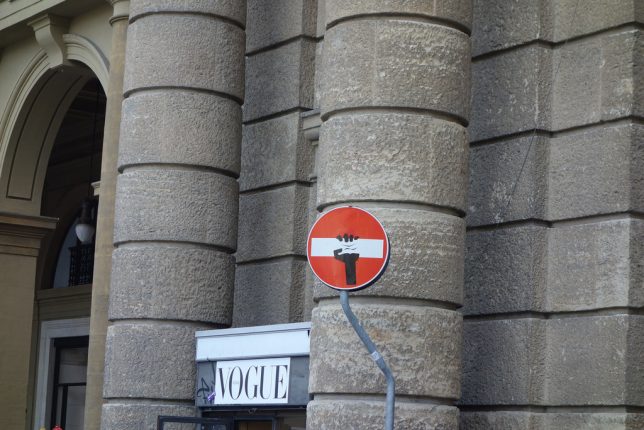 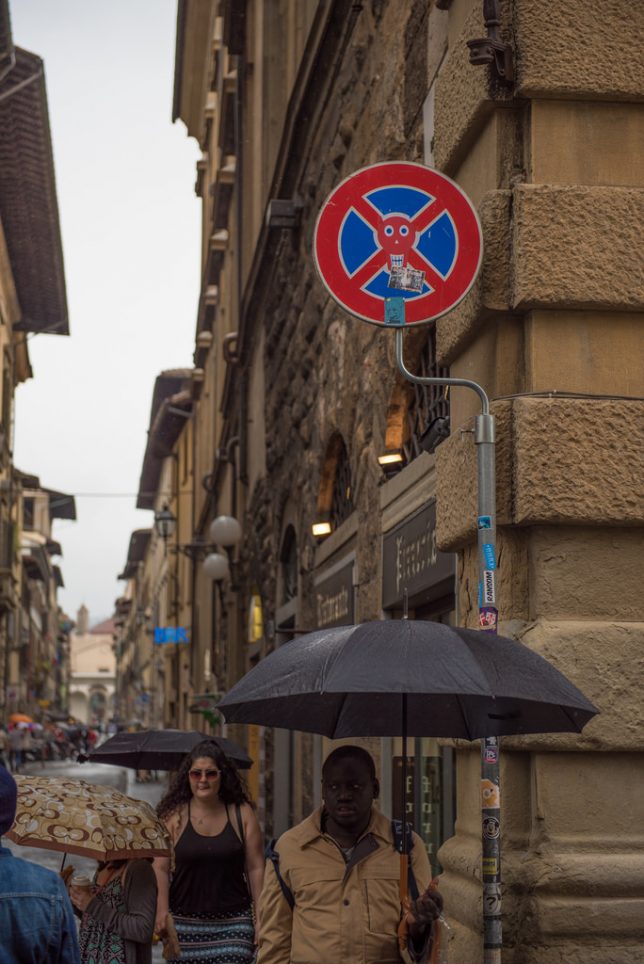 What would Leonardo da Vinci (a famed son of Florence) think about Abraham’s art? Although their individual artistic expressions differ profoundly, one can imagine ol’ Leonardo grasping the essence of Clet Abraham’s vision. 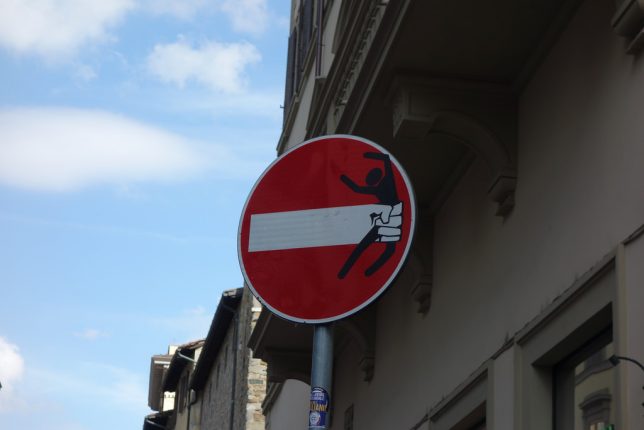 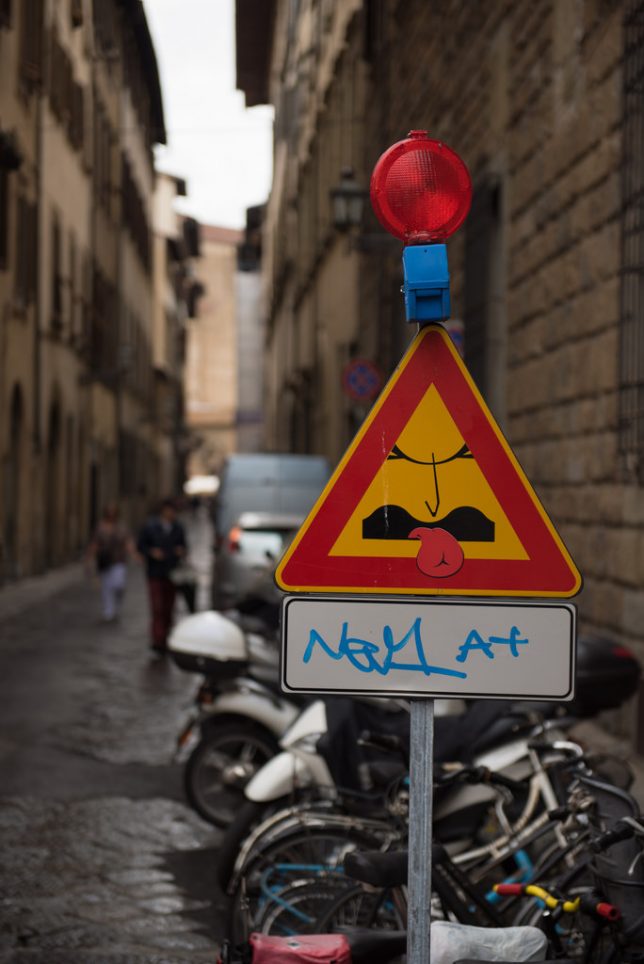 Abraham’s thoughts regarding his relationship with and to graffiti artists could also apply to himself and the great da Vinci: “We do have in common a taste for the mysteries of the night and of surprise; a healthy attitude (or preference) for liberty of expression and breaking of rules – but these are the bases of being an artist!” Flickr member thriol snapped the above examples of Abraham’s Florentine artworks in June of 2016.