It took 60 years for Toys ‘R’ Us to rise to a Category Killer corporation… and fall victim to bankruptcy when economics told it to put the toys away. 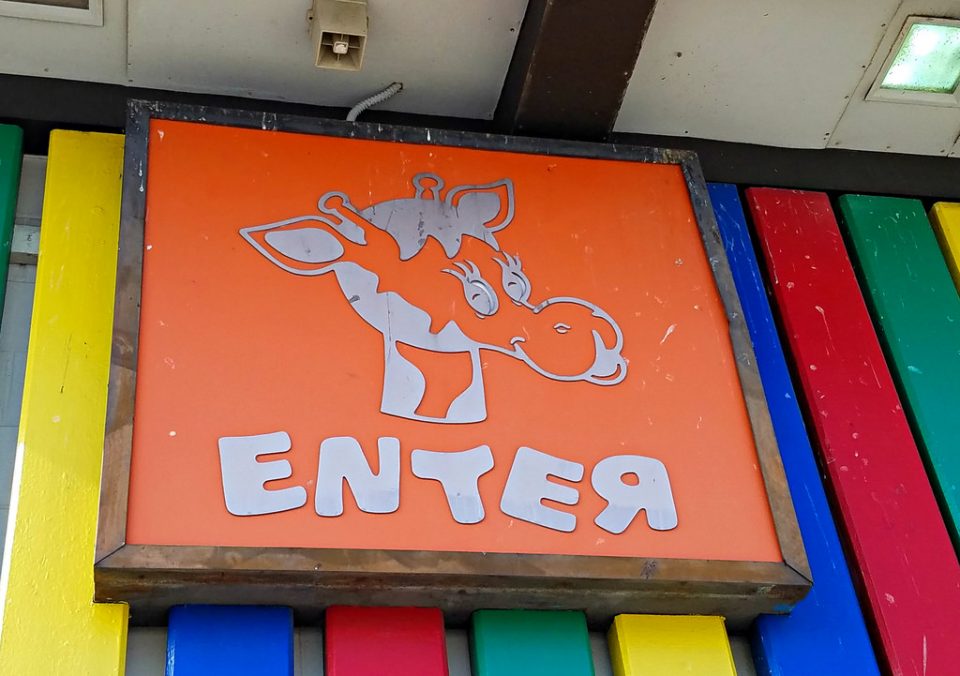 Toys ‘R’ Us can trace its roots back to 1948 when Charles P. Lazarus opened a children’s furniture store in Washington, D.C. When Lazarus began to add toys to his offerings, business boomed. By 1957 he’d changed the store’s name from “Children’s Supermart” to “Toys ‘R’ Us”, and embarked upon an epic expansion program. At its peak, Toys ‘R’ Us was a classic “category killer” – a business that dominated its market niche to the exclusion of any competition of any size. 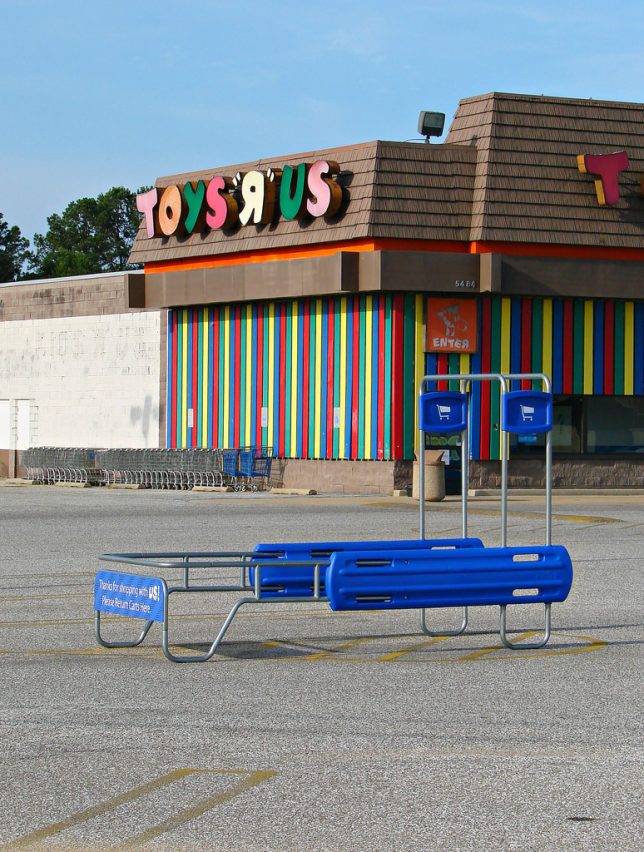 By the 1990s, however, things began to change: large competitors like Walmart and Target made inroads on in-store sales while online venues such as Amazon.com beckoned consumers with lower prices and greater shopping convenience. 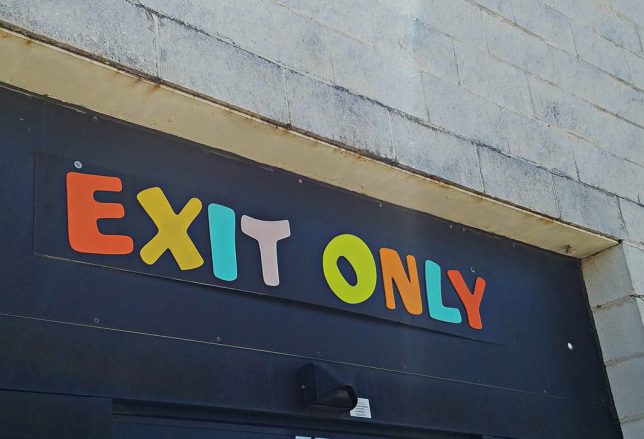 Although the company filed for Chapter 11 bankruptcy in September of 2017, Toys ‘R’ Us has been on the decline for some time and we may expect many more posted photos of closed and abandoned stores such as this one in Montgomery, Alabama, snapped by Flickr member The Caldor Rainbow in May of 2016. 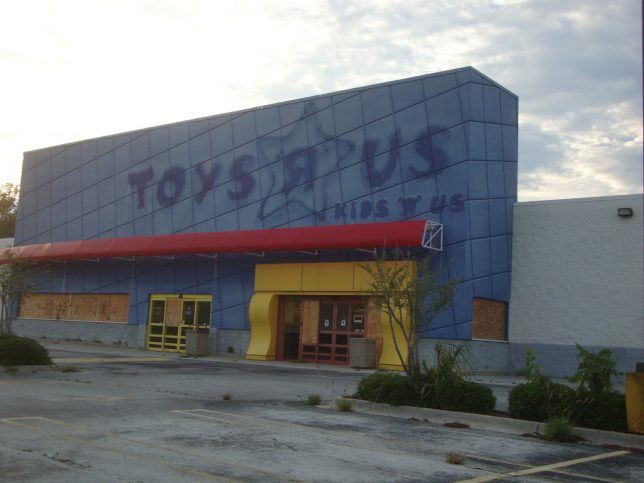 Toys ‘R’ Us began to move away from their classic brown-roofed and rainbow-striped livery as the new millennium dawned but by then the company needed more than cosmetic solutions to its issues. That said, Flickr member C-Bunny managed to evoke an atmospheric solemnity in this May 2011 shot of an abandoned Toys ‘R’ Us store in Jacksonville, Florida.

Don’t Give a Hoot 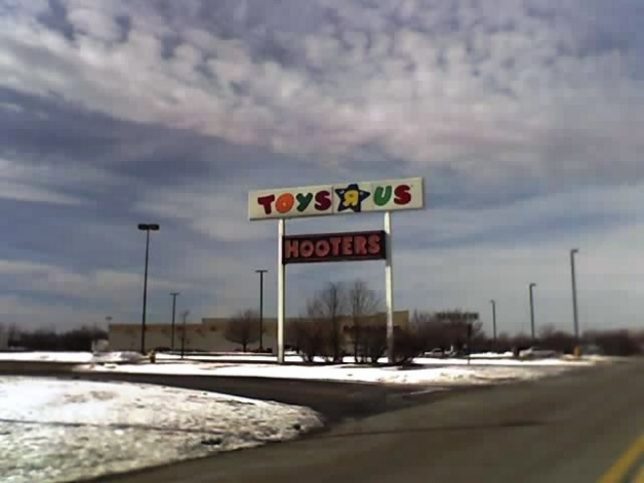 Strange bedfellows indeed… but that’s just how they roll down in Fairview Heights, Illinois. 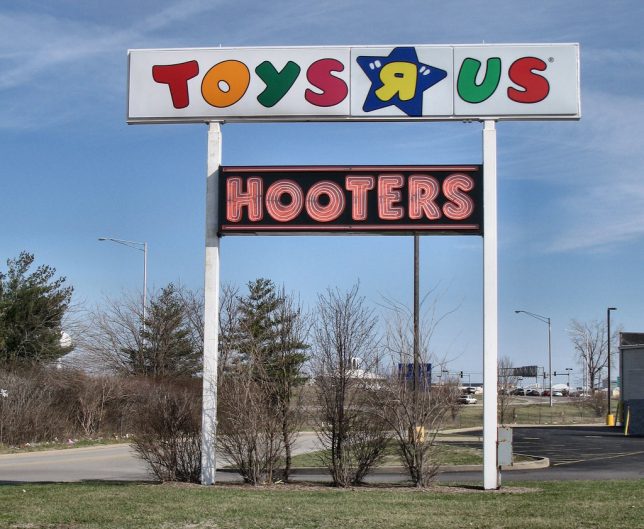 Flickr members Mike Matney (Mike Matney Photography) and Lydia (mereshadow) captured this “hootable” sign that, according to Matney, was taken down all or in part around 10 years ago.