More than anything, the owners of a new transforming house in Poland wanted constant, direct access to sunlight. They commissioned the local firm KWK Promes to realize their unusual vision, and the result is definitely one of a kind.

“Quadrant House” sits on a grassy suburban plot surrounded by trees. The name comes from both the word referring to the quarters of a circle and a historical instrument used to determine the angle of the sun’s elevation in astronomy. Even without a moving element, the house stands out from its neighbors with its stacked white volumes, blind facades facing the street.

But of course, the star of the show is definitely that kinetic terrace. When it’s flat up against the side of the house, it almost doubles the living space. Moving silently and automatically, the volume swings out a full 90 degrees, allowing more or less sunlight to reach the indoor living room as desired. Sliding glass panels make it possible to open this entire section of the home to the outdoors.

“Clients wanted most simple, sunny and relaxing house, somehow reacting to the movement of the Sun. They also liked our Safe House, its changeability and mechanisms that create relations with the surroundings. The starting point was a regular shape unbuilt site, located in the suburbs among the average single-family housing. We placed a rectangular solid on it, corresponding to the wishes of investors in terms of the functional program.”

“Then we turned the part belonging to the ground floor to get as much privacy as possible from the side of the road. In the ‘cut’ space was located a living room, roofed floor and open to the garden – a similar solution can be found in Living Garden House, where the night zone is on the floor and the day zone becomes part of the garden – the boundaries between architecture and the landscape are blurred.” 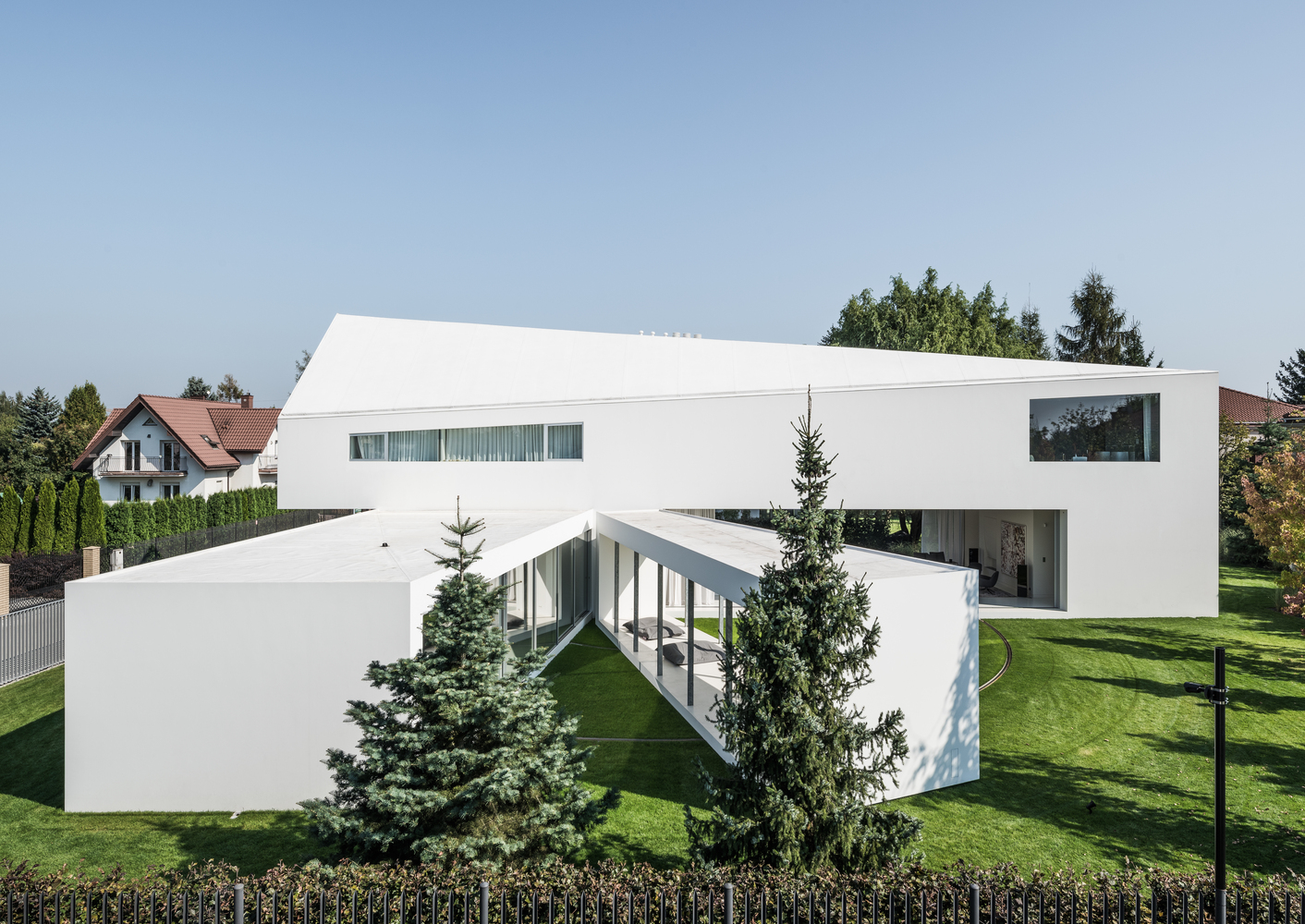 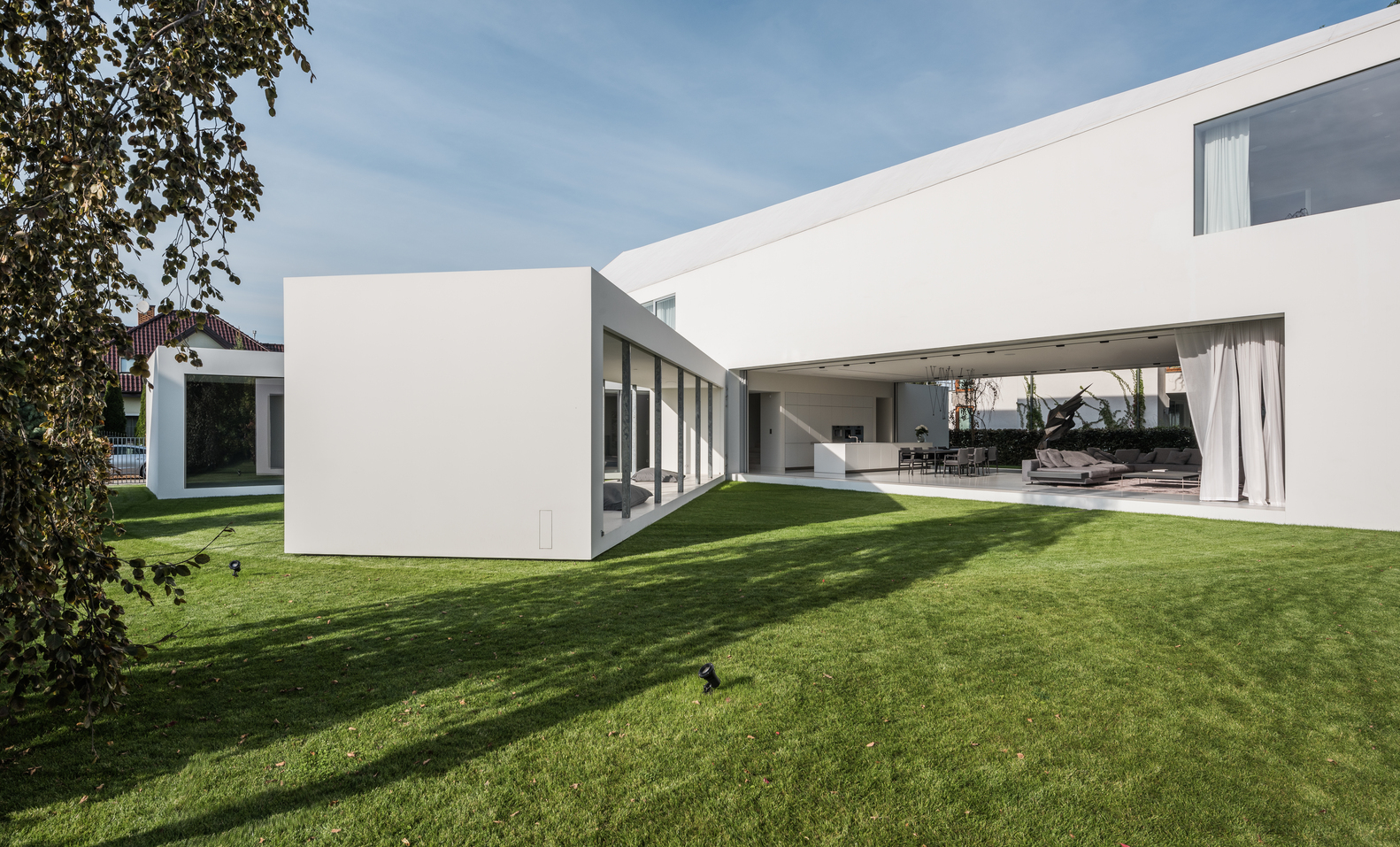 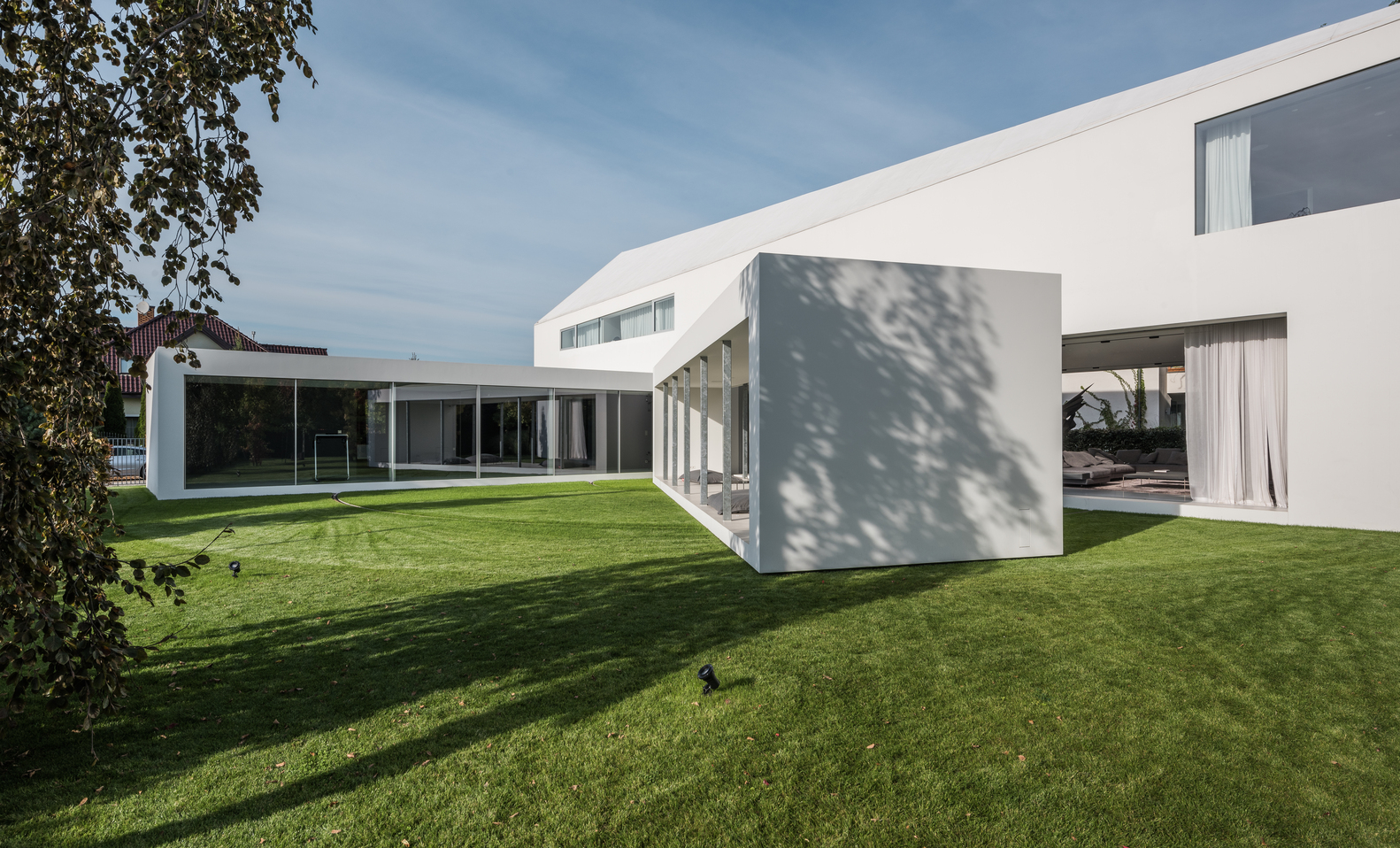 Though they hoped for a flat roof, local code requires a gabled shape. The architects found a compromise by angling the gable toward the street-facing facade so that its back edge tapers down toward the yard, giving it a flat appearance from that angle, at least.

And if you’re wondering whether it might actually be dangerous to have a section of your home automatically changing positions according to the movement of the sun across the sky, don’t worry – the architects thought of that. Sensors make sure nothing is in the way of the movable volume, stopping the motion when obstacles are present.