Within the atrium of Paris’ Le Bon Marché department store, shoppers pause to gaze at a mirrored cube punctured by a glowing full-pipe skate ramp. The installation is a partnership between Chicago architecture firm MANA and skateboarder Scott Oster, created as the centerpiece of the Los Angeles Rive Gauche exhibition.

Part sculpture, part stage, the modern skate ramp is a draw even when it’s not hosting live performances. 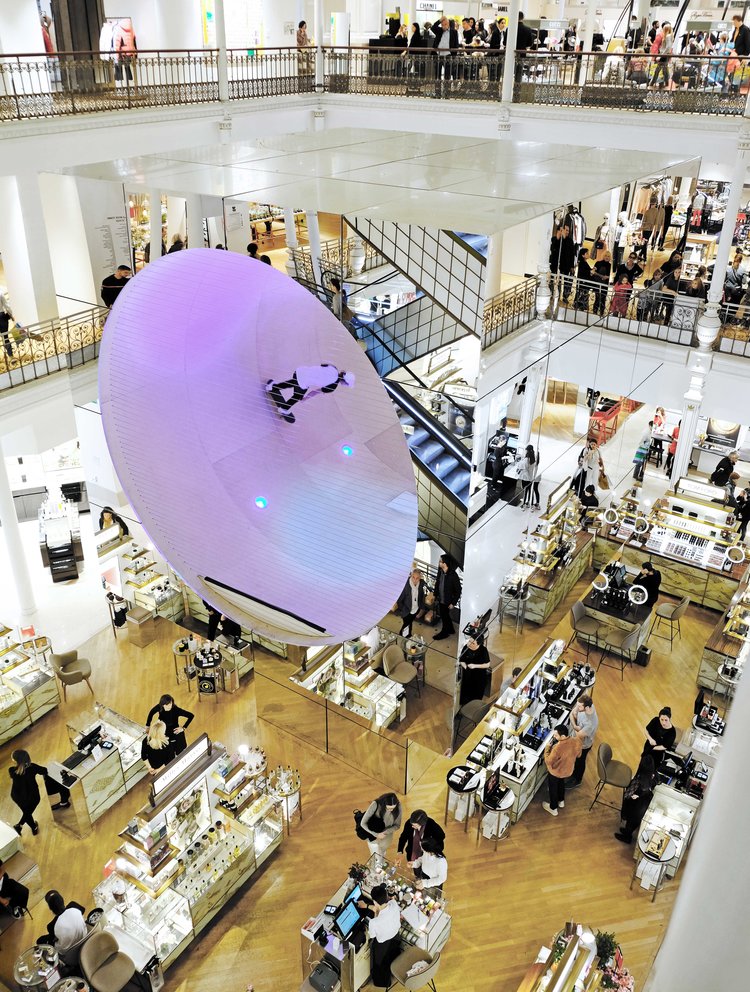 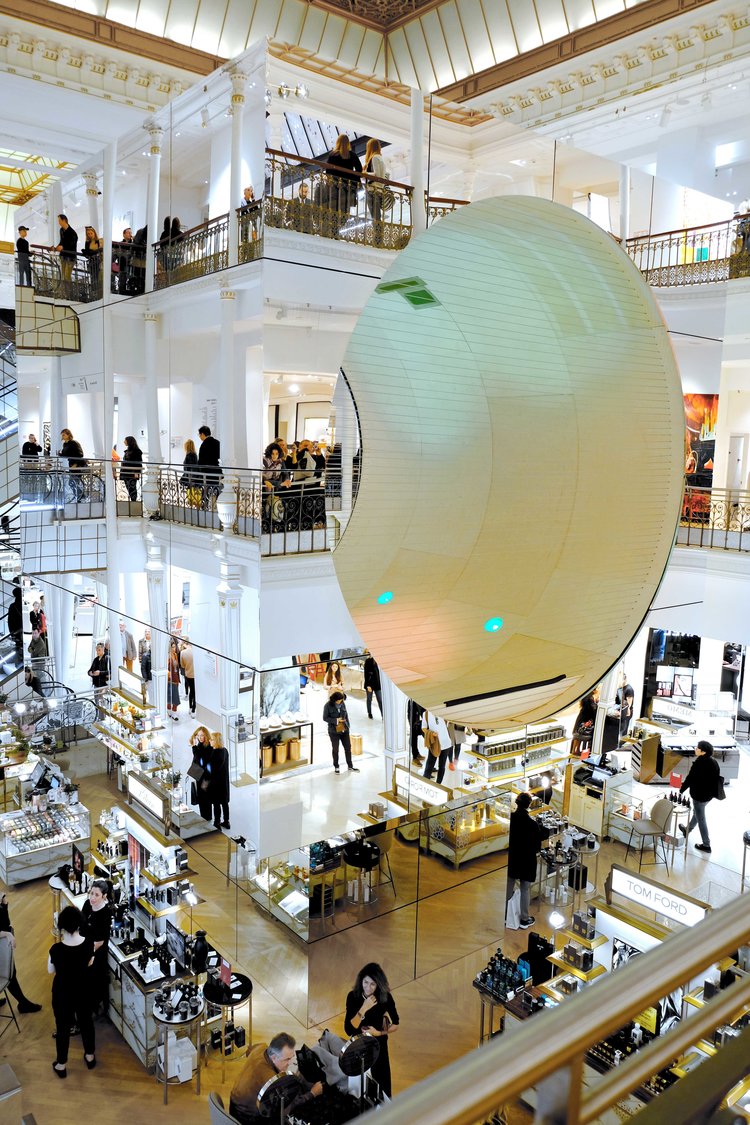 “Le Cube acted as a thought-provoking intersection between sport and sculptural art,” says MANA. “When a performance was occurring inside, the atmosphere was dynamic and stimulating. When it was not being activated, Le Cube sat quietly, luminously reflecting the architecture of its surroundings—warm lights, decorative iron handrails, and the famous crossing escalators of Le Bon Marché.”

The reflections were designed to create an illusion that the full-pipe was “a cylindrical void suspended within the open interior courtyard of the store,” and the mirrored surfaces amplify the displays that surround the cube on multiple levels. 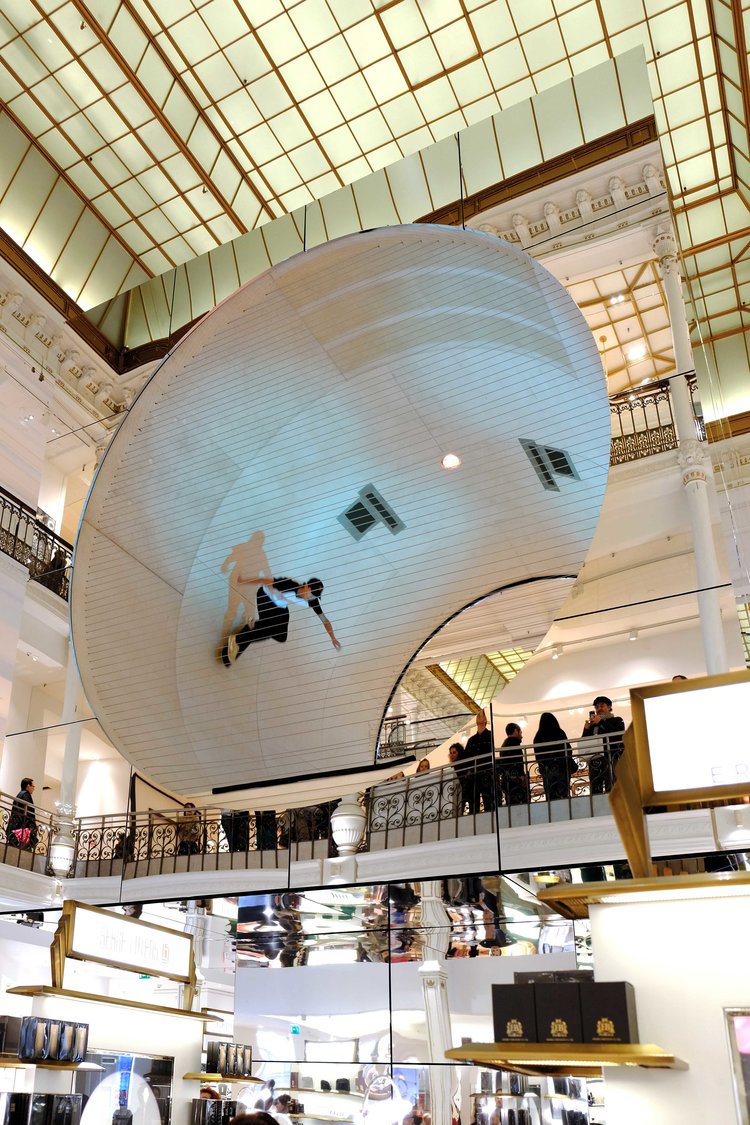 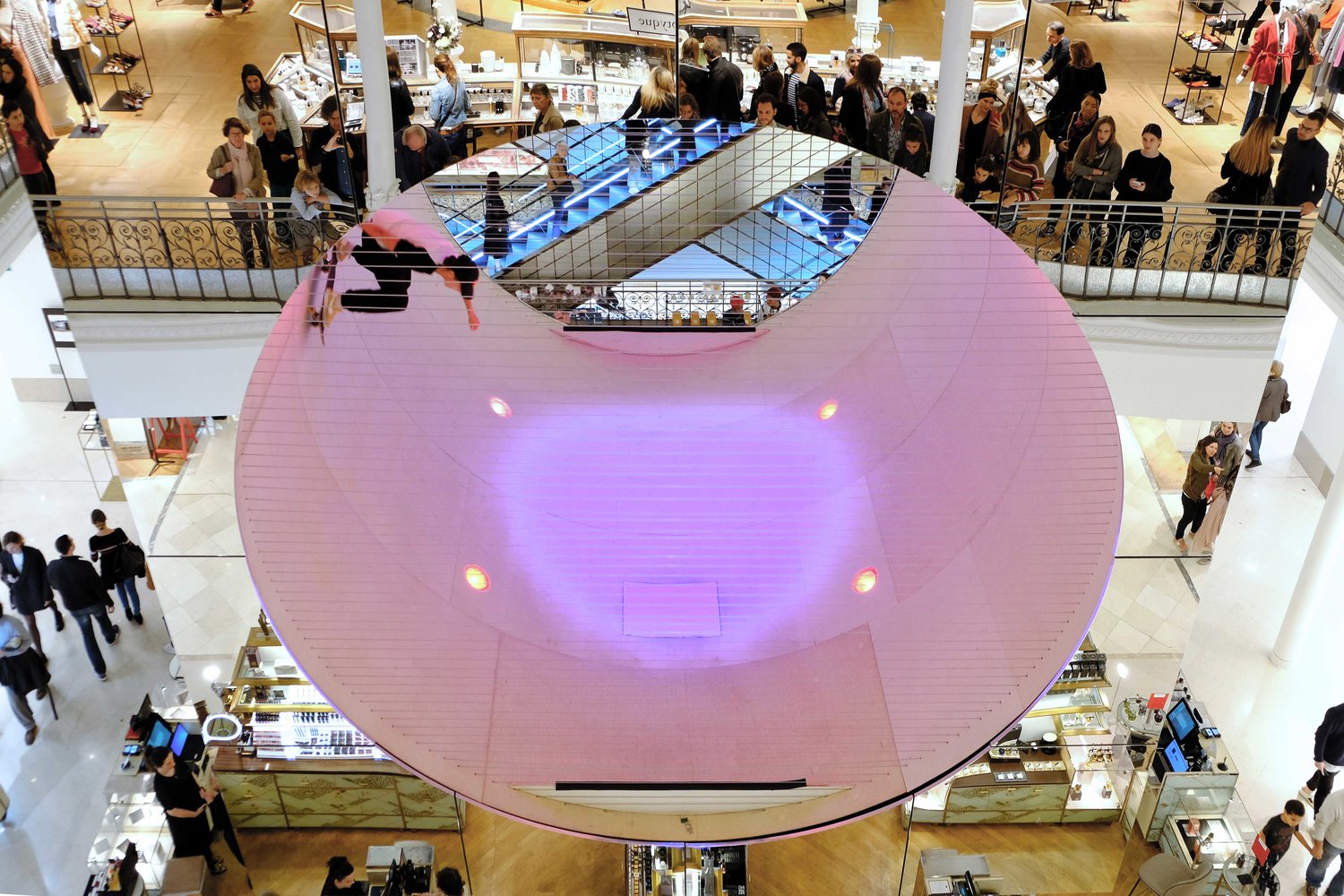 The exhibition brings a little slice of L.A. to one of the world’s most refined cities, with Le Cube specifically referencing the street culture that gives Los Angeles much of its personality.

MANA hid a small access door in the base, eliminating the need for visually disruptive ladders, while safety wires protect the ramp openings almost invisibly. The reflective panels are made of lightweight aluminum to withstand vibration from skating. 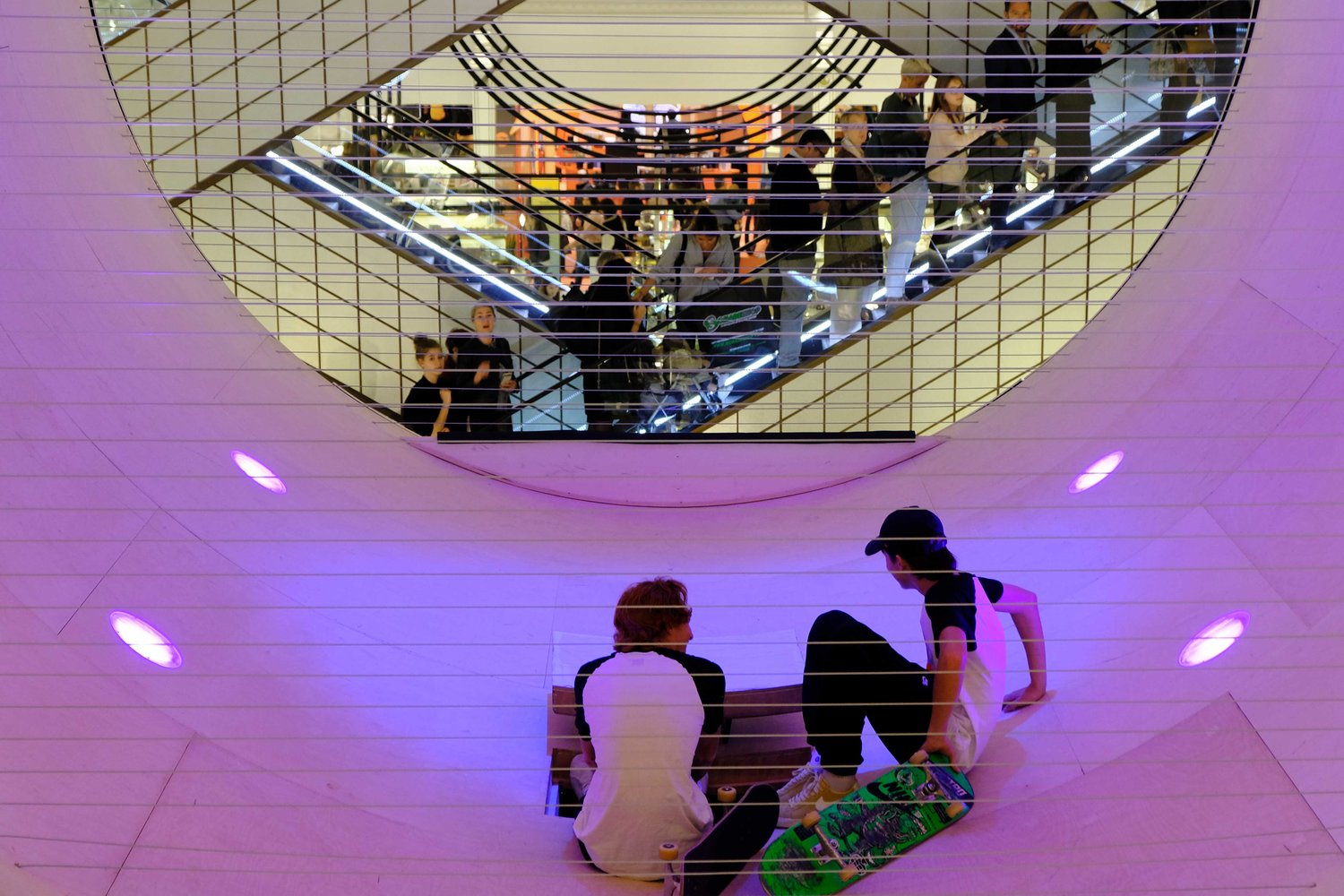 Scott Oster says he wanted the piece to be a skateable work of art.

“My inspiration for the Adaptation cube was the photos I saw as a kid in the 70’s skateboard magazines of these massive cement full pipes in the desert,” he tells Le Bon Marché magazine. “My original idea was to find one of these pipes and set it on top of a pedestal, but after some research that was not a viable possibility. That’s when I came up with the idea of building one, and instead of building a full pipe sitting on a pedestal, make a cube with the full pipe inside it. I love the simplicity and form of a circle and a square.”