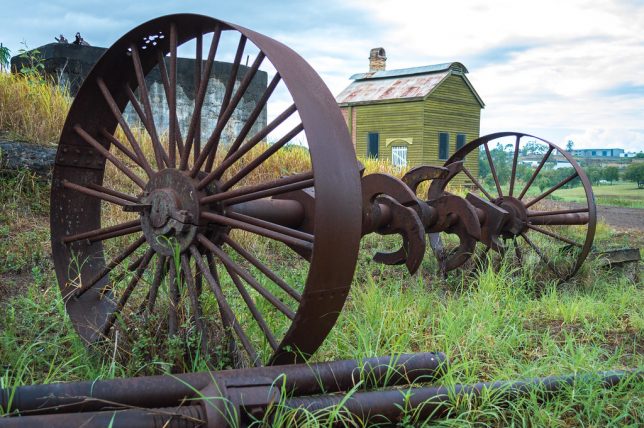 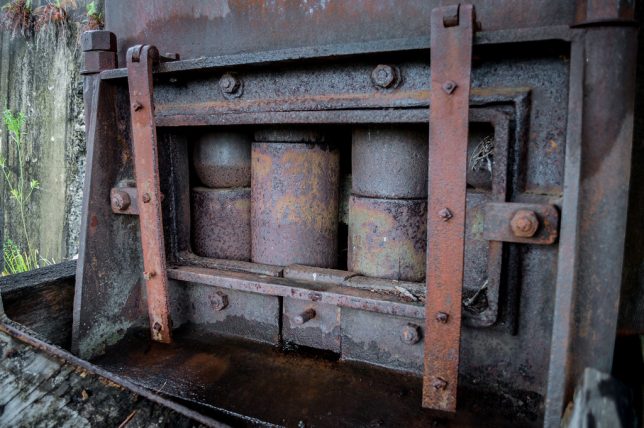 Here’s another rock crusher abandoned at the mine site. Evidently based on the time-proven mechanics of the human mandible, the rust adds a nifty tabaccy-chewin’ vibe to the frozen choppers. Staying in dental mode, if it were possible to release the seized-up teeth from their terminal clench one just might find a few gold “fillings” inside. 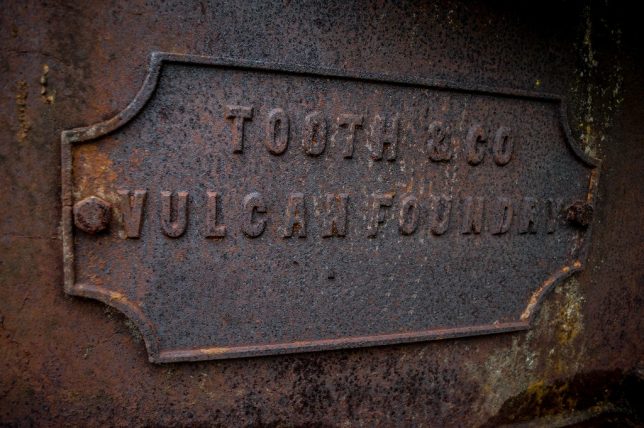 Now here’s an oddity, if not a mystery – maybe both: the “box” that houses the rock crushers bears a plaque embossed “Tooth & Co,” and “Vulcan Foundry”. The former was a New South Wales brewery bought out in 1985 while the latter was a locomotive manufacturer based in the UK… neither seem to have had any connection with mining, unless we’re talkin’ ’bout drunk Brit golddiggers. 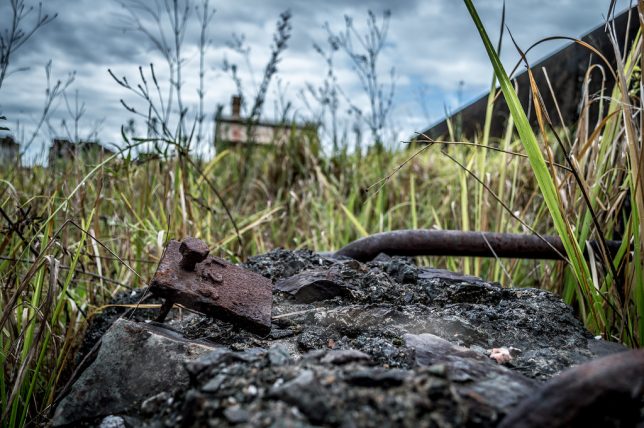 There’s precious little hard info about this abandoned gold mine other than its very rough location near Brisbane, Queensland, Australia. Not that there’s anything wrong with that: giving salvagers and vandals a road map to the site isn’t to anyone’s benefit. Kudos to Flickr member darkday for visiting the scene back in November of 2014, taking nothing but the images you see here, plus many more at their online photo album.