We’ve seen abandoned malls and shopping centers transformed into some pretty cool things, including affordable micro housing and homeless shelters. In China, as a booming e-commerce market starts to drive many traditional brick-and-mortar markets out of business, architects are finding another new use for the massive structures: as offices for the country’s many new startups and entrepreneurs. 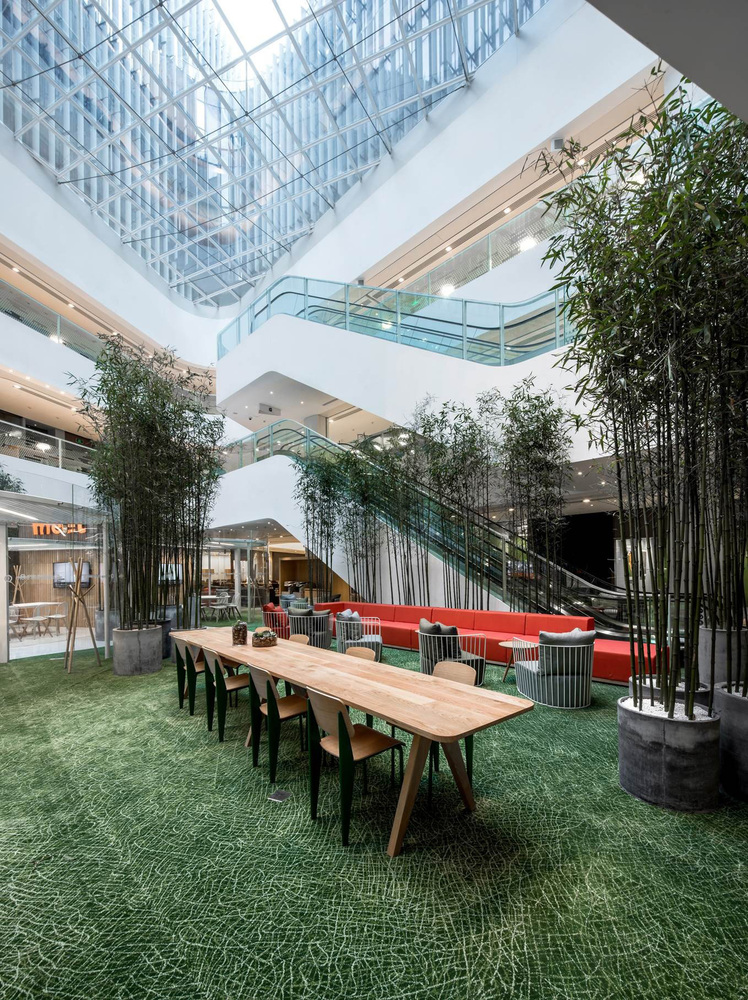 One such project is a co-working space called SOHO2 3Q by AIM Architecture. SOHO is a Chinese commercial building developer, and its 3Q brand is a co-working platform that Forbes called “Uber for offices.” Catering to a large number of small and medium-sized companies that prefer to rent office space by the week, month or six-year period instead of signing longer-term leases, 3Q has opened about 30 spaces around the country, many of them built for the purpose (including Wangjing SOHO by Zaha Hadid Architects.) 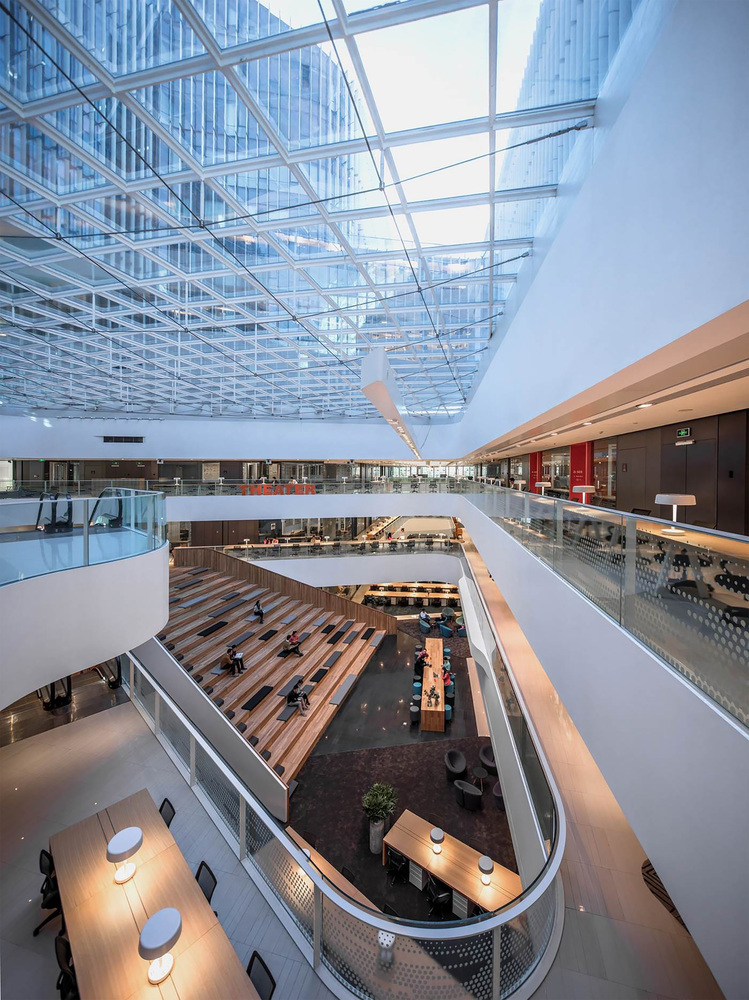 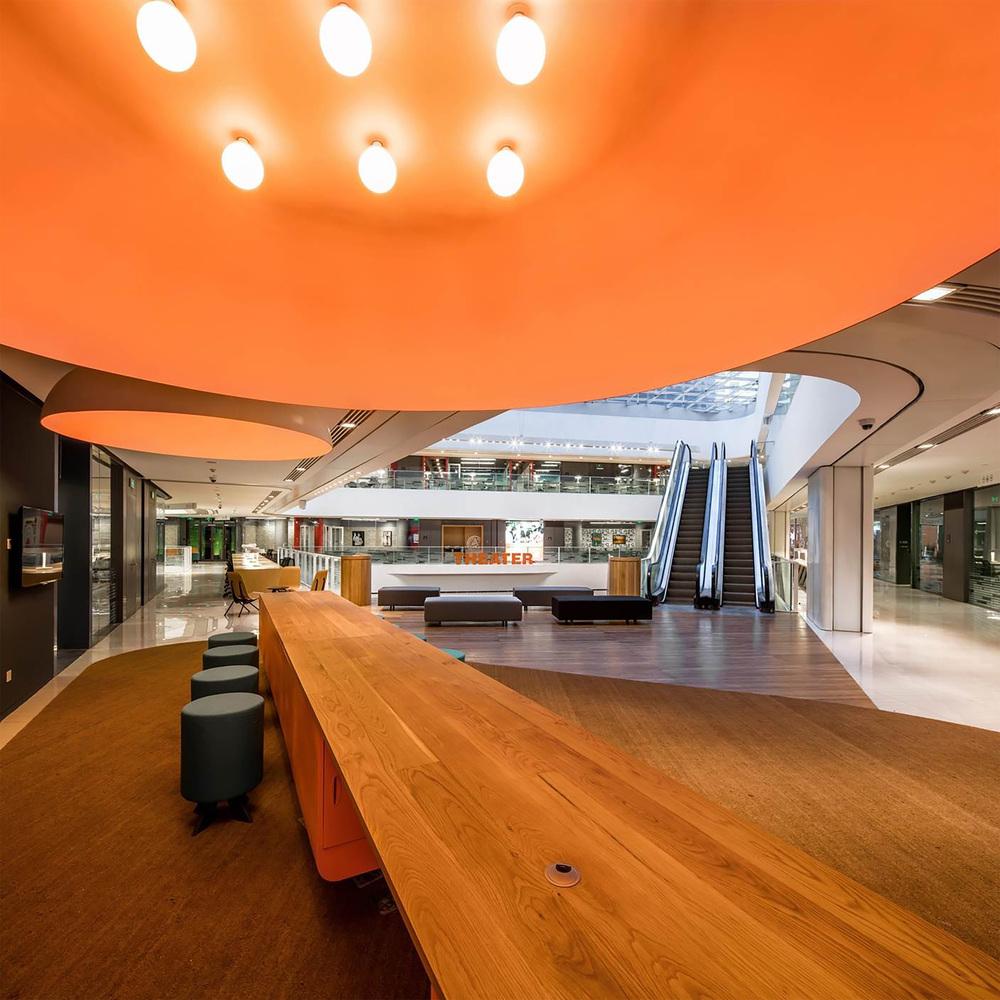 But SOHO realized that with 25,000 square meters of blank space (about 269,000 square feet), a disused shopping mall might be just what they need.

“The first consideration was approach. AIM decided it had to be bold. Strong colours and strong patterns would add life to the often-drab mall (and do double-duty as way finding). The space would be used by ambitious entrepreneurs, start-ups and companies not tied to old models. Bosses looking for more than a corner window in a glass tower. In one way, the project reflected us: it was not conventional. Re-programming a retail space brought up questions of the use of space in our cities, how interaction works and how to foster communities. This generation of workers was not content with a cubicle. A moot point, really, as filling the massive space would have required all of the cubicles in Beijing. AIM would have to turn that thinking on its side.”

“From this perspective, the constraints of the existing retail design became opportunities: where a shopping centre would say hallway, AIM could say island, a natural place to meet while using the home-style kitchens or sitting at the communal table. This was a greater challenge with two massive atriums, which carried in daylight but presented their own problems: how to maintain the peace of the open space but make it useful to 3Q’s community of companies?” 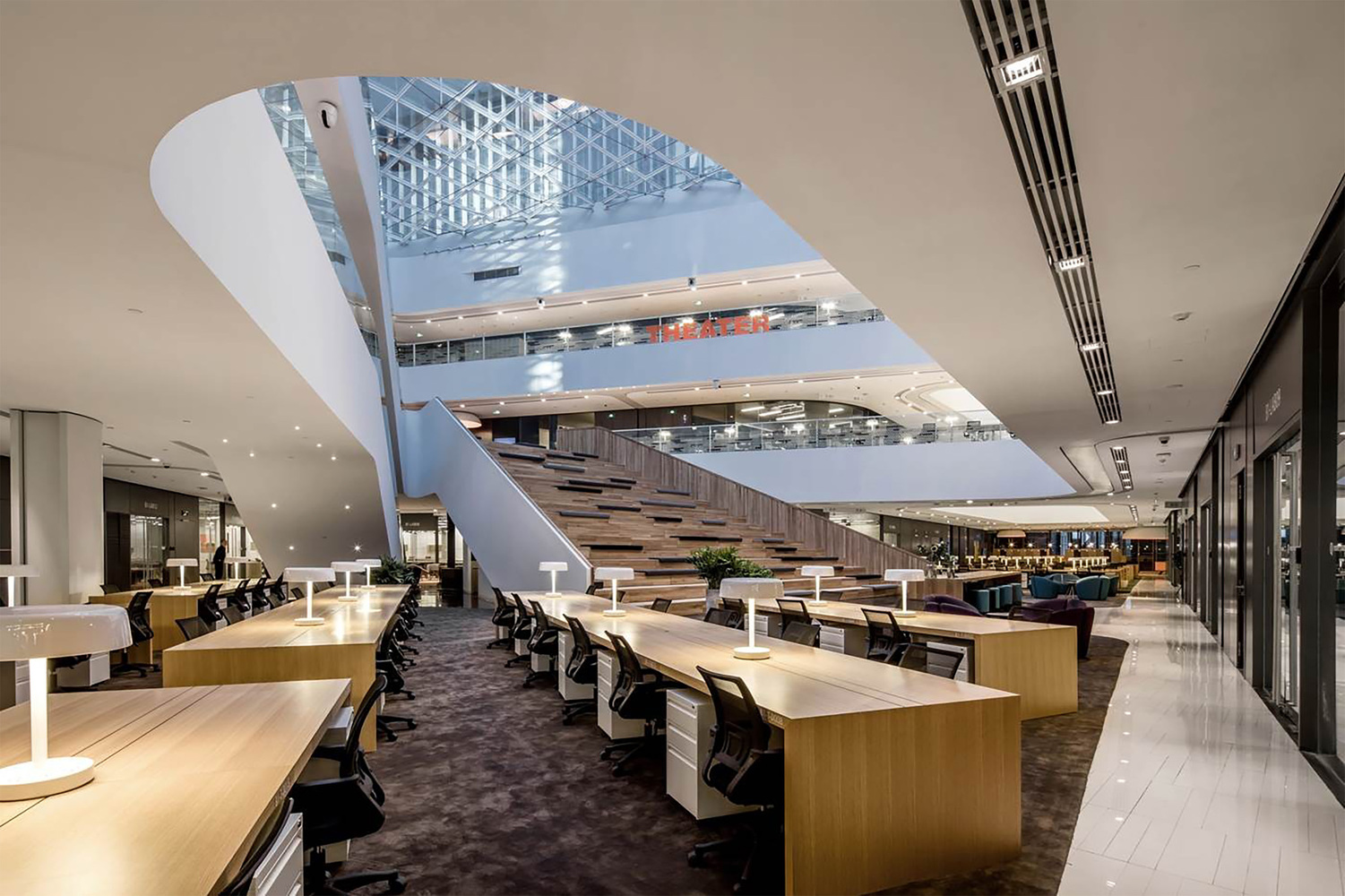 “The answer was in an oversized oak staircase, spilling down from the entrance into the basement floor. The slope of the stairs frames the space as a venue for lectures or events, transforming an area meant for personal consumption into one meant for community development. A second atrium allowed AIM to re-imagine the built world as a natural community, quite literally. In The Park, the great expanse comes back down to the human scale, with stands of live bamboo and glass meeting rooms that evoke backyard conservatories.”

AIM says the project ultimately feels like a “neighborhood” of companies and individual entrepreneurs, relating to each other or retreating to do business within public and private areas and creating organic networks. 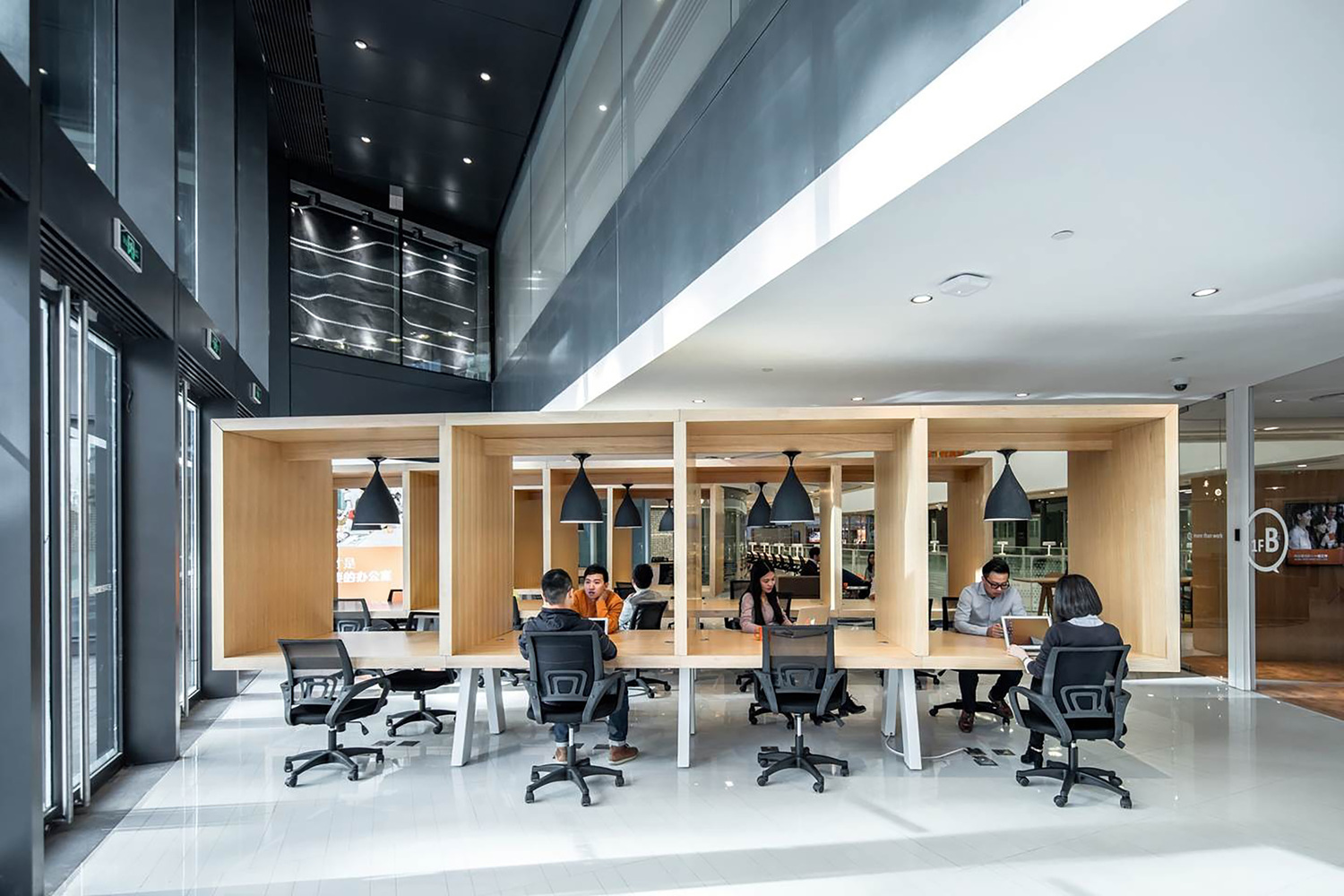 An idea like this could work even in malls that are still in use, since the top floor is often the first to be abandoned when tenancy is low. That puts workers up near skylights, away from the bustle of shoppers but still within reach of restaurants and businesses.