When you think about incarcerated people, do you imagine them as faceless masses, or as individuals with personalities, histories, hopes and dreams? Artist JR, best known for his oversized photographic wheat paste murals, challenges us to see them a different way with a new project called “Tehachapi, California.” 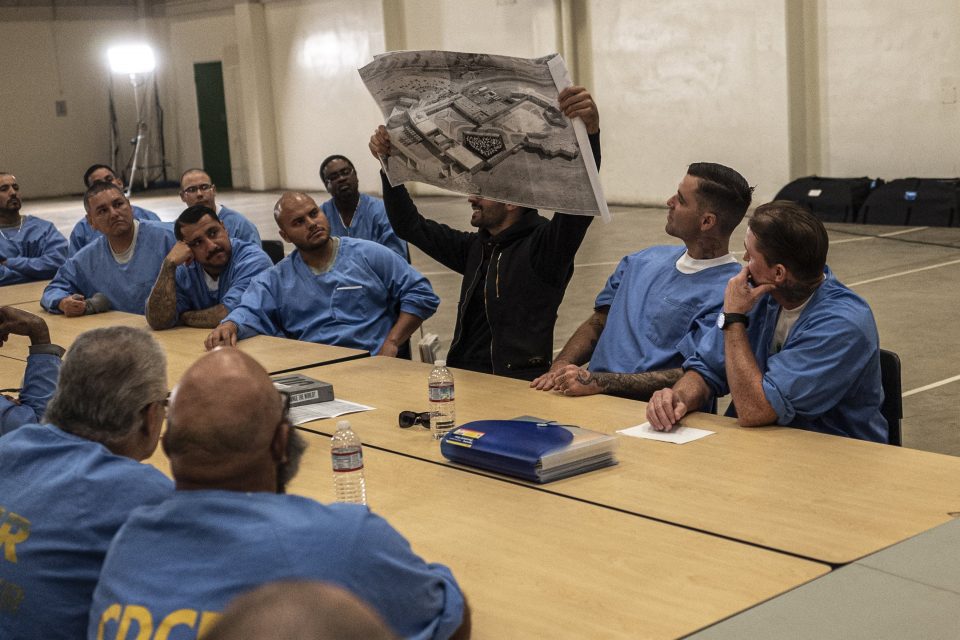 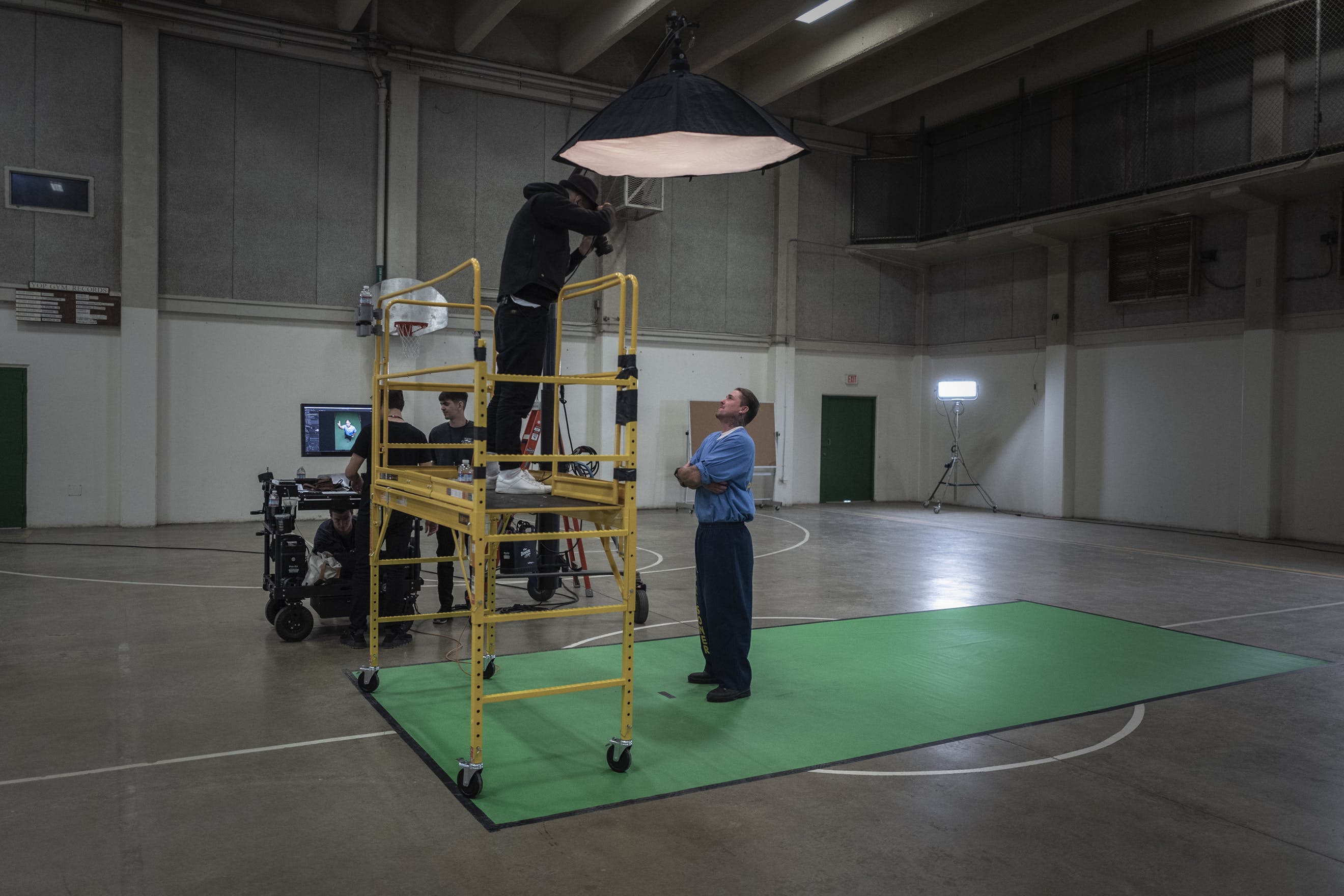 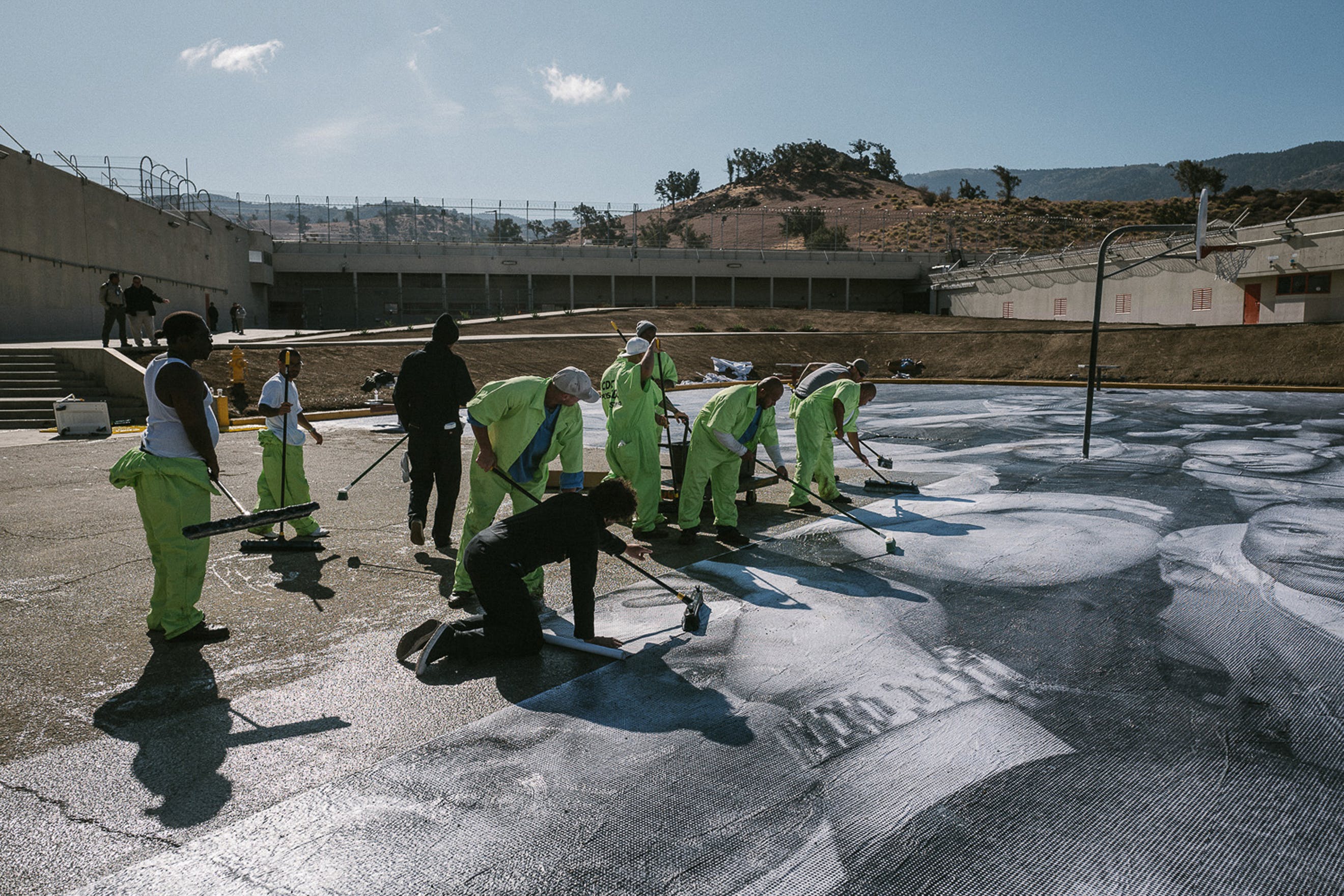 Named for the maximum security correctional institution where it’s located, the piece magnifies a selection of former and currently incarcerated citizens as well as some prison staff, all of whom helped him install the mural across the institution’s recreation space. The subjects include people who are “keenly focused on rehabilitation,” and some of their stories are featured in this brief video. They’re working on a longer version that will shed a little more light on JR’s intentions for the project. 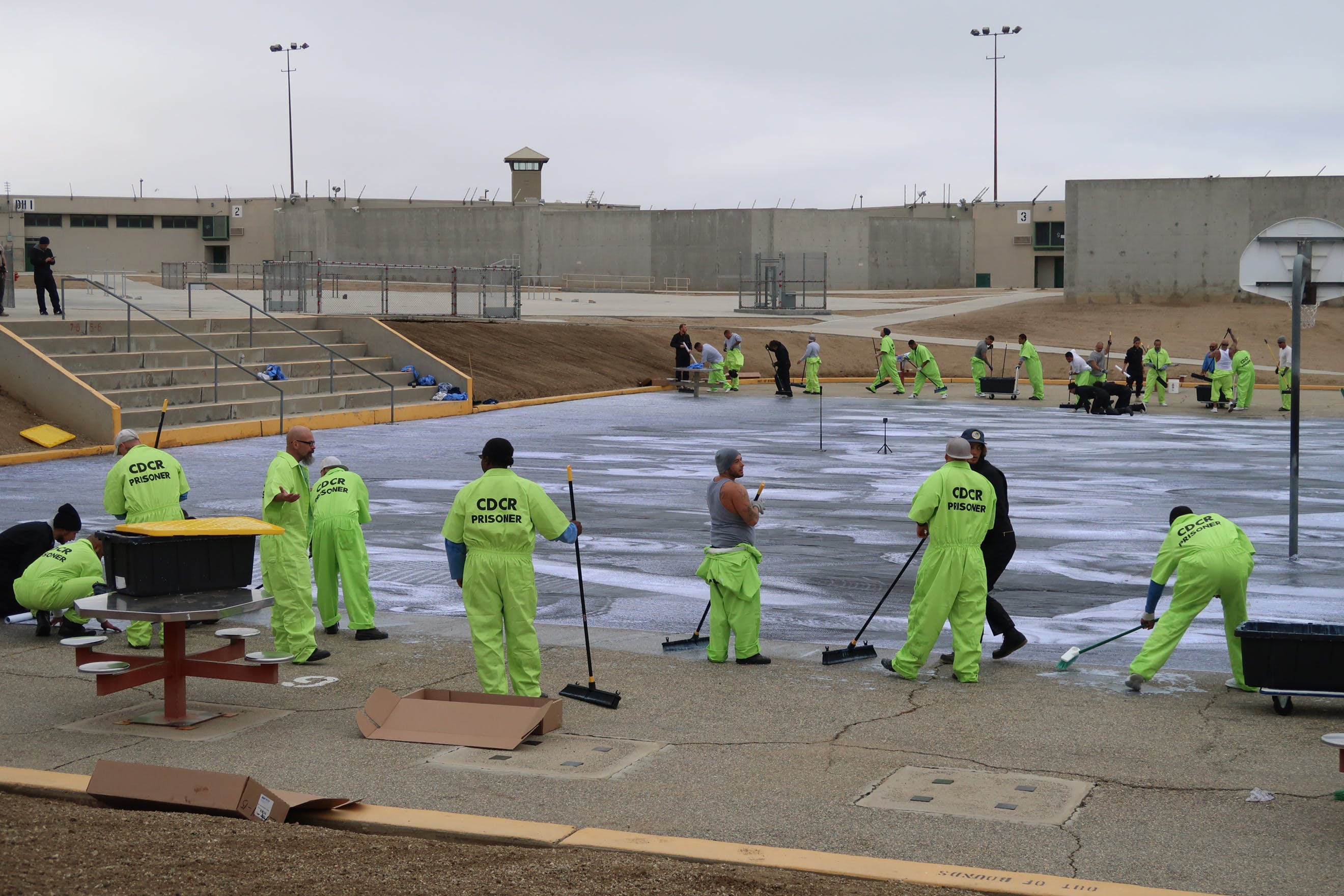 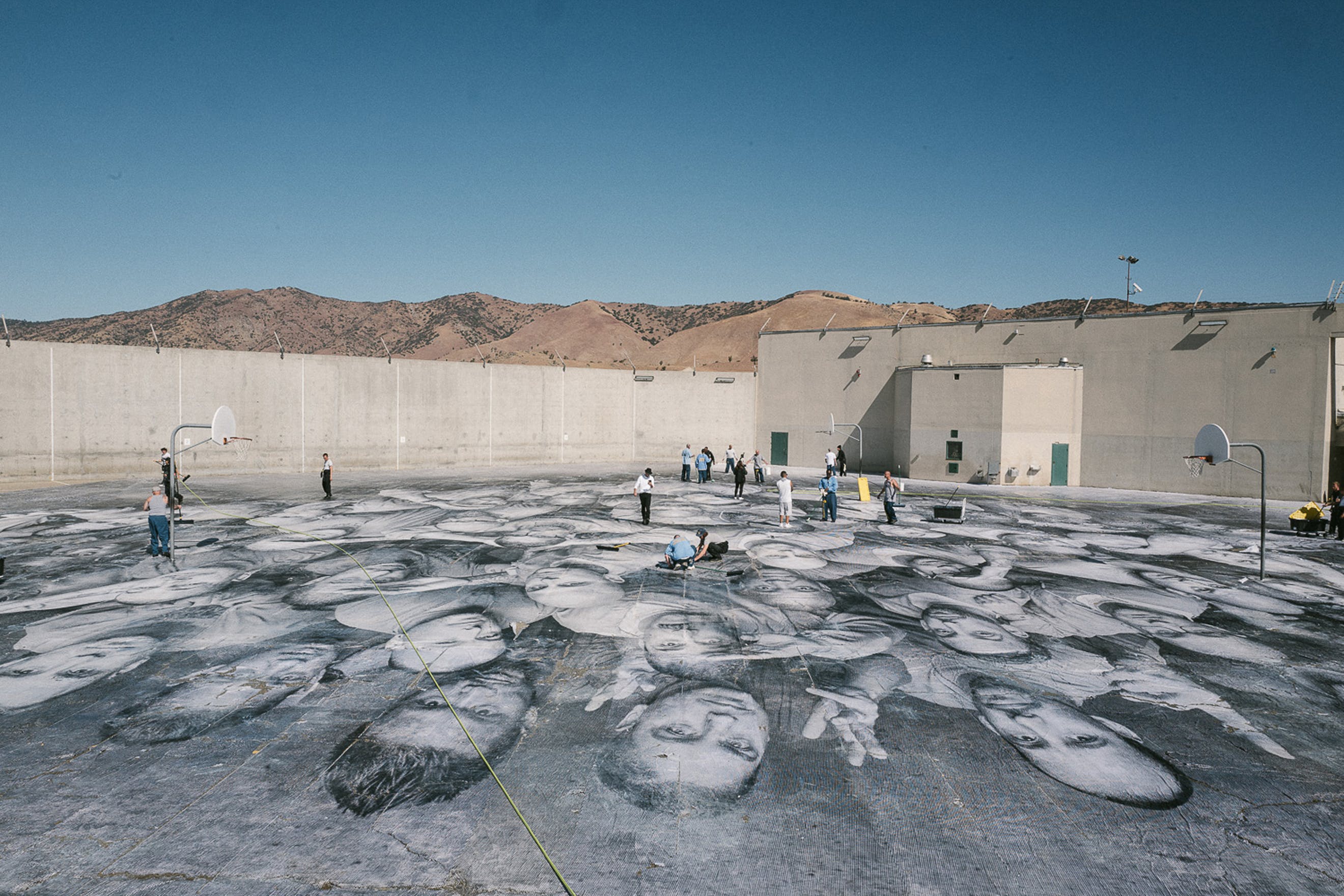 The mural consists of 338 strips of paper which were wheat pasted onto the court over the course of a few hours. On the ground, it’s hard to get a sense of what the piece depicts, so it’s best seen aerially – which, unfortunately, is a view few people will get outside of photographs. You can see an overview of the whole process at JR’s website.