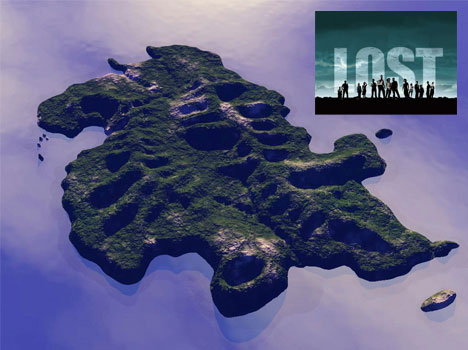 For some, ‘Lost’ is more than a mere television show – it is a hobby, fantasy or even obsession. One of the most entrancing aspects of the show is its semi-abandoned Dharma Initiative stations that dot the island and have been slowly revealed over time. Dedicated followers of the series have slowly gathered and compiled data to compose a clearer picture of this fantastic island, cataloging locations in great detail. 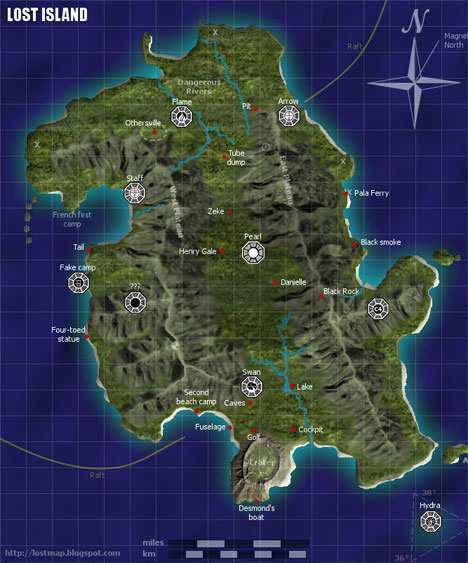 While many loyal fans have devoted time to mapping the island and taking screen captures of places and events, few have attempted to integrate these to tell the visual story of the Dharma Initiative stations specifically in conjunction with a map of their location on the island – until now. For those new to the series, think of this as an orientation. For viewers, consider it a refresher course at the start of the new season. 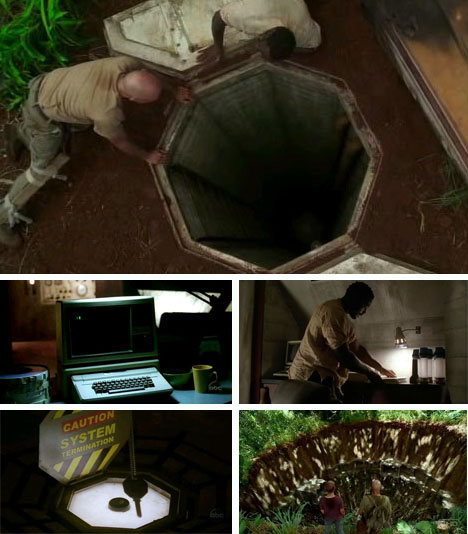 The Swan station was the first discovered by the fictional survivors of Oceanic Flight 815. After an entire season of living off of the land and remnants from the plane wreckage, finding this station provided food, soap, showers and even a record player – a radical shift in livability. At the heart of this station an electromagnetic charge had to be manually diffused every 108 minutes, creating dramatic tension until one survivor took it into his hands to let the timer run out. 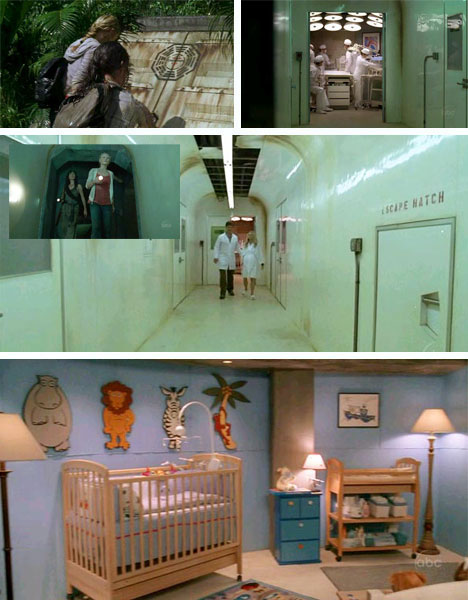 The Staff station contains a nursery as well as associated medical equipment. It has helped fuel speculation of possible diseases either created on or meant to be cured on the island. One pregnant survivor was abducted early in the series and taken to this station to be monitored. It is not clear whether the station was established for pregnancy-related or simply general medical purposes. 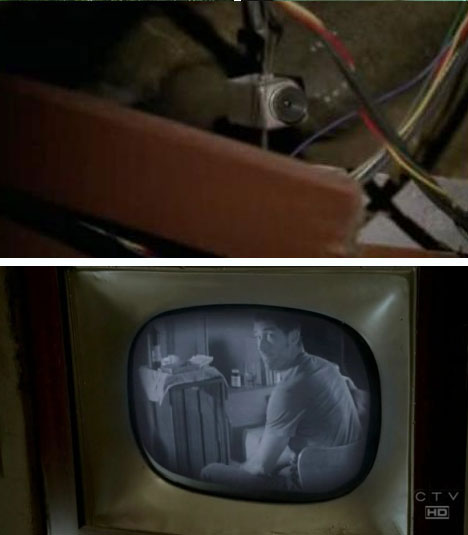 The Pearl represents an experiment within an experiment: a psychological study performed on people who believed they were themselves studying others. The station consists of a room with monitors and writing pads where “researchers” were tasked with recording what was going on around the island. Ultimately, they never knew that their reports went forever unread. 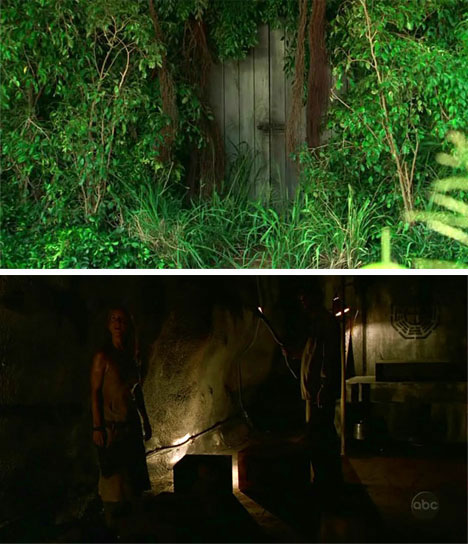 The Arrow is a relative mystery. First discovered by the second set of survivors on the island (from the crashed plane’s tale section) this station is quite bare. Speculation has it that the station had something to do with mathematics, but in its current state it appears to simply be a storage area with minimal electricity running to modest bare light bulbs illuminating the spaces. 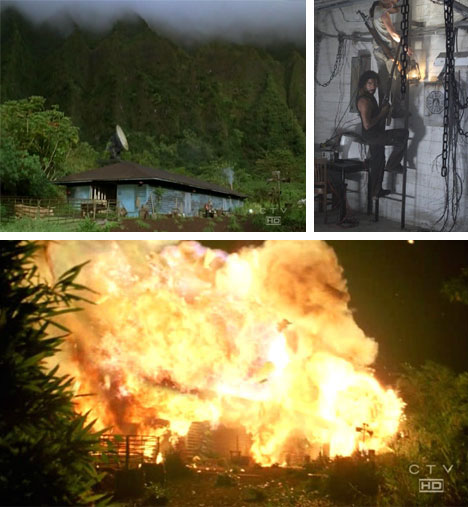 The Flame was, prior to its destruction, a relatively unique station: a simple cabin in the woods as opposed to an elaborate underground semi-industrial complex. It was the communications hub for the island sending messages both to other stations and off the island. Aside from equipment to support its purpose it contained a small kitchen and other minor amenities. 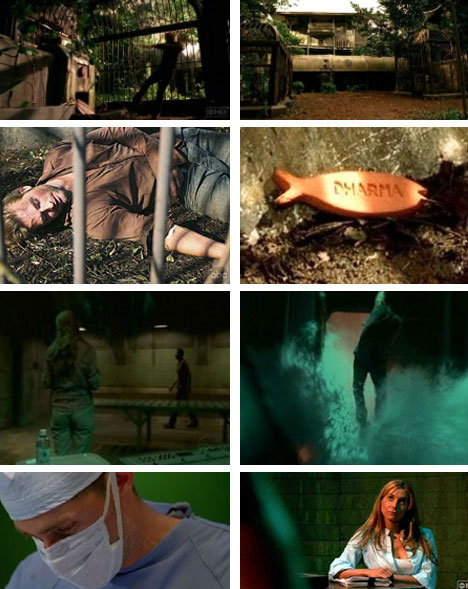 The Hydra is an animal research station, cages of which have been used by The Others to house captured survivors. The station is used by The Others as a hospital, meeting area, holding facility and is also the staging ground for an unknown outdoor clearing and construction project – jokingly or seriously dubbed a future alien landing strip. 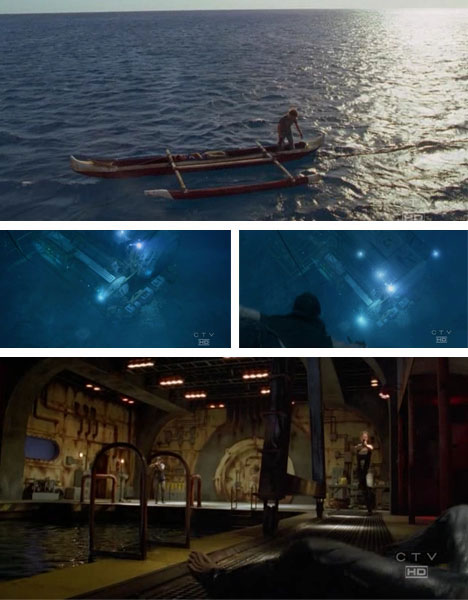 The Looking Glass is another highly unusual station – submerged dozens of feet (or more) underwater offshore of the island. Among other uses, it is part communications station and also can be (and has been) used to jam other transmissions on and off the island. This station was also the site of a death of one of the original main-cast survivors at the end of the third season.

The Orchid station is the 8th and final mystery station, not yet featured directly in the show. It has been primarily revealed through a spoiler orientation video which was used to rev up viewers for the fourth season of the series and its location is completely unknown. The video reveals first one then two rabbits that are identically numbered. From the phrasing within the video some have speculated that this is, in fact, one rabbit that was sent back in time – hence the need to keep the two apart, but surely more will be revealed. 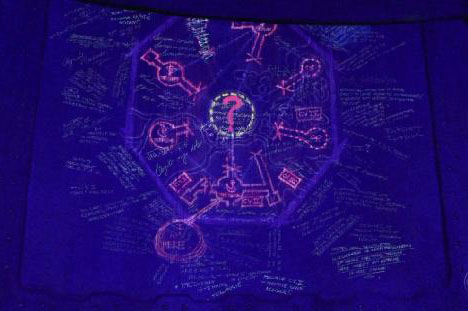 Of course, all of this information is subject to change and represents the work of many fans working together to produce a coherent pictures of the island. Wikia has a good collection of more spoilers and background information on lost. New to the series? It’s never too late to start catching up