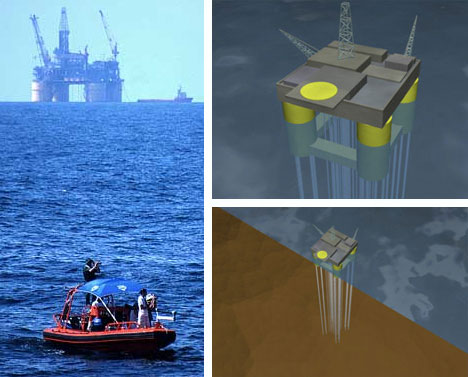 Believe it or not, there are a number of structures taller even than the infamous Burj Dubai. The tallest structure in the world, however, is an unusual candidate that reaches more than twice as far down into the ocean as said tallest skyscraper reaches into the sky. The Ursa tension-leg platform is an oil-production facility that is tethered to the ocean floor and is in many ways a surprising reverse of what most people imagine when they think of the world’s tallest structures. 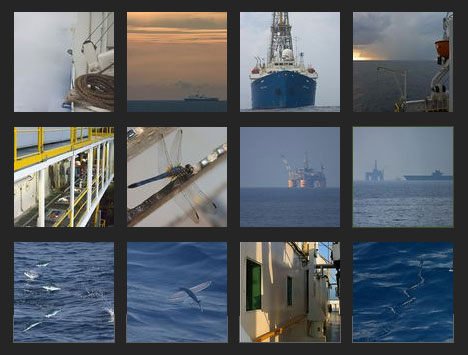 [above: Images of and around the world’s tallest structure via SmugMug]

Radio towers and mine shafts have in many cases exceeded skyscraper heights, though of course these are supported by other means (such as secondary cables and surrounding soils). The Ursa platform is directly supported by its 4 primary tethers, though in an inverse way from how we normally understand load: the structure is held down rather than held up. 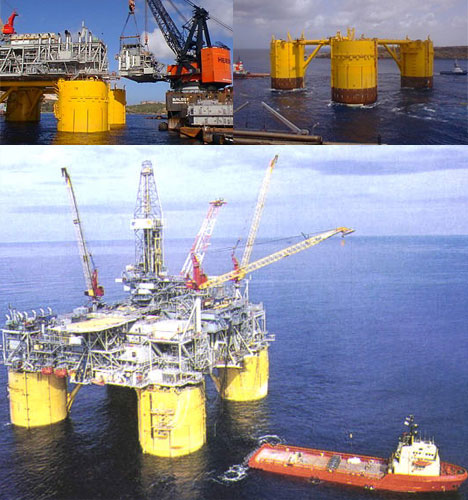 Not only is the Ursa platform the tallest structure in the world, it is also habitable: workers live day in and day out above the surface in modular attached dwelling spaces. Despite the enormity and expense of the structure, which weighs over 35 million pounds and cost 1.5 billion dollars to construct, these workers live in anything but luxurious conditions but are well-compensated for their efforts. 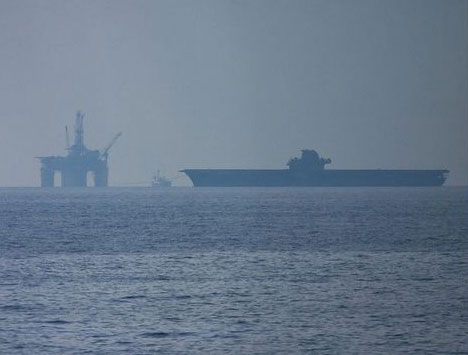 On a more somber note: one has to wonder what it says about our world that the tallest structure is dedicated to harvesting a non-renewable resource and can not be repurposed. Will this become another rogue micronation when it is no longer of use, or simply be left as a monument to times past when it is no longer considered to be of value?