If you were to pass a bunch of colorfully-dressed human figures crammed into a crawlspace beneath a public staircase, you might think they’re mannequins at first, with their splayed limbs and claustrophobic positioning. The bodies are bent every which way, some hanging upside down, all of their faces obscured by hoodies, their positioning absurd. As you walk down the street, you spot more and more of them – folded beneath park benches, dangling from staircase railings, squeezed between utility boxes or piled on top of one another. But then a hand moves, or a muscle twitches, and you realize they’re alive. 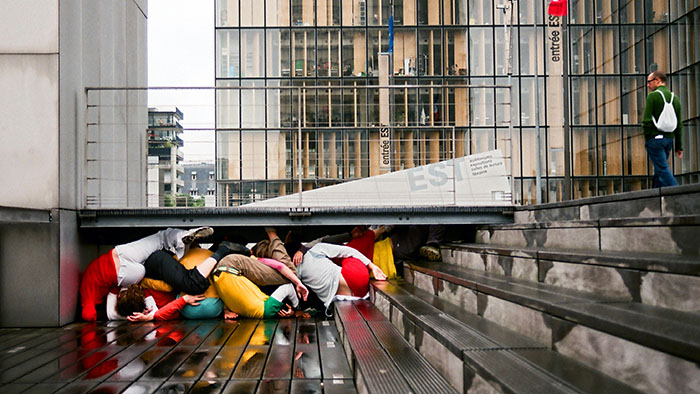 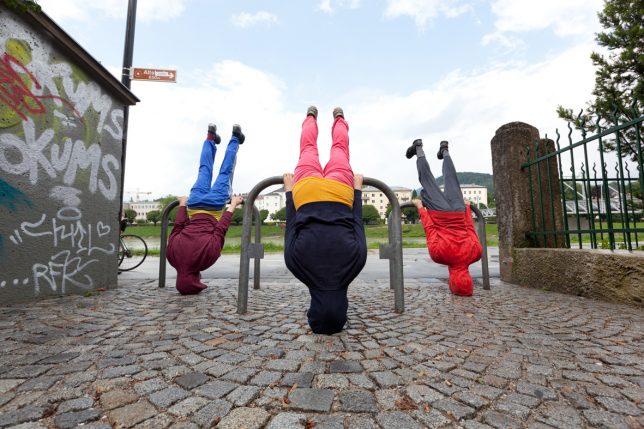 The brilliance of choreographer Cie. Willi Dorner’s ‘Bodies in Urban Spaces’ lies as much in the chosen setting as it does in the extraordinary flexibility of his performers. Dressed in vivid track suits, the performers quickly assemble themselves into position, hold their poses for an uncomfortably long duration, and then disassemble themselves to run ahead to the next spot and repeat the process. The temporary urban interventions leave no trace when the performance is over, and aim to encourage residents to experience their cities in a different way. 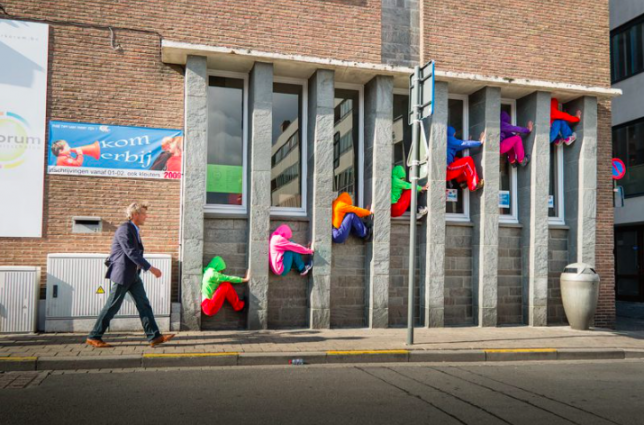 ‘Bodies in Urban Spaces’ has been traveling the world since 2007, showing up all over the UK and Europe as well as Texas, New York, Istanbul, Russia and Japan. The performers lead an audience through each city, highlighting various architectural and urban features and how we interact with them as human bodies. 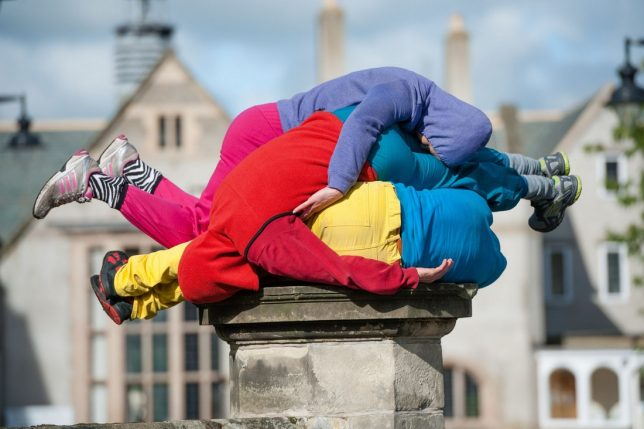 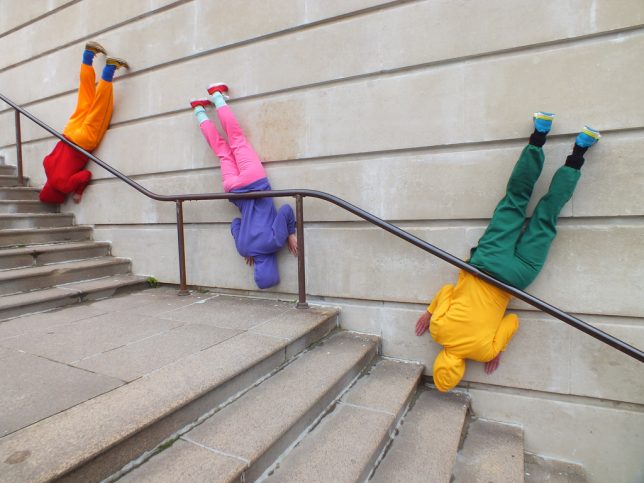 “‘Bodies in Urban Spaces’ is a temporary intervention in diversified urban architectonical environment,” says Dorner. “The intention of ‘Bodies in Urban Spaces’ is to point out the urban functional structure and to uncover the restricted movement possibilities and behavior as well as rules and limitations. By placing the bodies in selected spots the interventions provoke a thinking process and produce irritation. Passers by, residents and audience are motivated and prompted to reflect their urban surrounding and their own movement behavior and habits.”