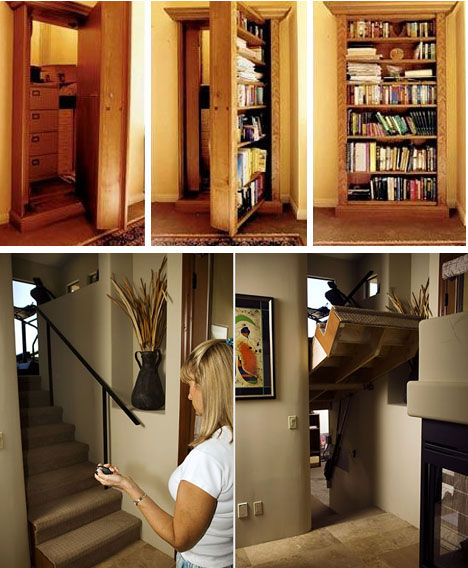 Hidden passages have a long history of appearing in fictional novels and films but an even richer past in reality dating back to Egyptian tombs passages for Christians to worship in hiding from Romans. Over the years hidden passages have been used to arrest kings and evacuate popes, hide shogun warriors, facilitate guerrilla fighters, enable drug smugglers and conceal serial killers. In recent times, however, many more modest individuals have created (or discovered) secret passages in ordinary everyday households and there are even companies dedicated to designing secret doors, rooms and passages in middle-class houses. In some cases the discovery of a secret room is a wonderful dream find but it can also be a twisted nightmare. 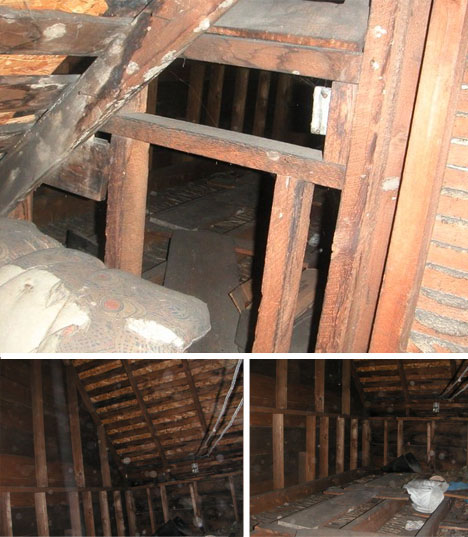 With so many secret rooms built into houses is it any wonder that some people are surprised to discover that their very own house has one they were entirely unaware of? One couple in an ordinary and unspectacular A-frame house found out they had their very own secret room after a year of living in the structure. The room itself: a space as large as their main bedroom and complete with somewhat creepy accessories including a sleeping bag, electrical outlet and even unopened beer cans. 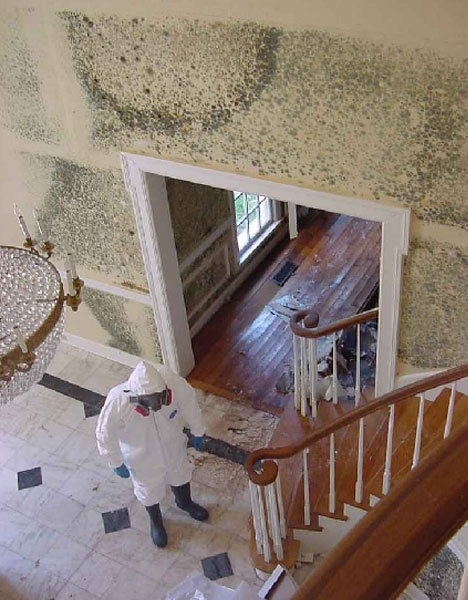 While for one couple the discovering of a secret room was exciting and resulted in additional usable space for another family a similar find was the beginning of a nightmarish tragedy. In their secret room they found a mysterious note from a previous owner of the house who claimed that the structure was riddled with harmful mold that had made his children very sick. As it turned out, the note was right: an inspection revealed high levels of various dangerous molds and the new owners were able to sue and settled for having the house repurchased at the price they paid. And the previous owner? Apparently he was worried about someone with a vested interest in selling the house finding the note and therefore hid it. 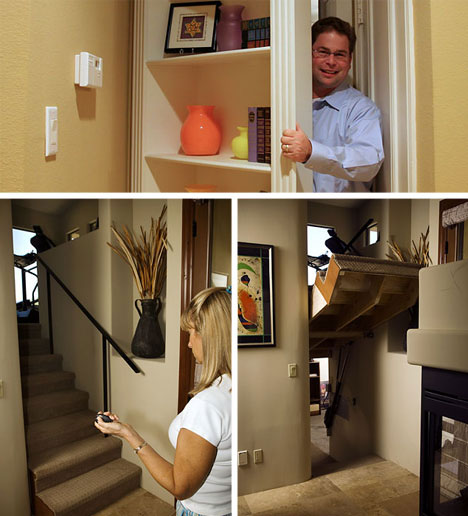 Hidden rooms today usually serve one of two purposes: security or fun. Sometimes a hidden door is used to disguise a safe or a ‘panic room’ where residents can hide in an emergency. The room showed above, however, is one couples’ unusually creative gift to their very excited teenage daughter. This room works as an office and play-space and goes entirely unnoticed by clueless visitors (or even building inspectors). A remote control amazingly lifts an entire staircase out of the way revealing the hidden passage. 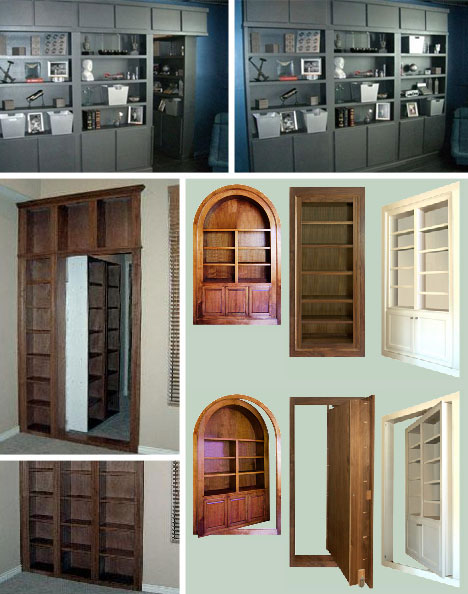 There are a number of design and construction companies that have grown up with the public’s recently renewed fascination with secret doors, rooms and passageways. Creative Home Engineering has a number of stock products and also creates custom hidden door and room designs. Their ready-made products include classics like the fireplace that opens when you twist a candlestick and a bookcase that opens when you tilt a book. The Hidden Doors company and others have dozens of simpler and less expensive stock items to choose from as well – from cabinets to pool racks and wine shelves masking hidden doors. 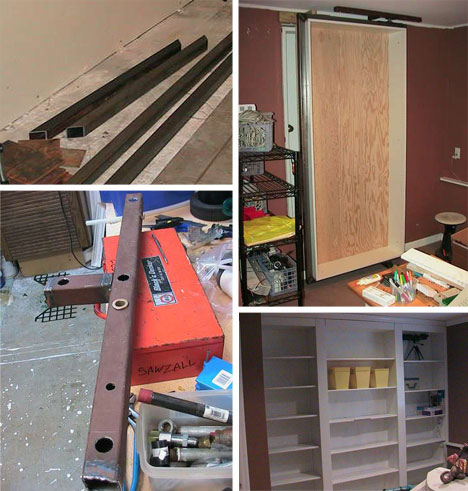 Want a secret room but aren’t sure you want to pay for one? Well, there are do-it-yourself options for creating your own disguised doors to hidden spaces though the process is somewhat complicated. There are of course a lot of things that have to be considered with a secret door such as hiding visible gaps with trim and giving the doors a comfortable swing capacity. Also, load issues need to be considered if you have, for example, a swinging bookshelf in mind. Remarkably, though, this can all potentially be accomplished for just a few hundred dollars – a relatively small price to pay for such a clever interior design feature.