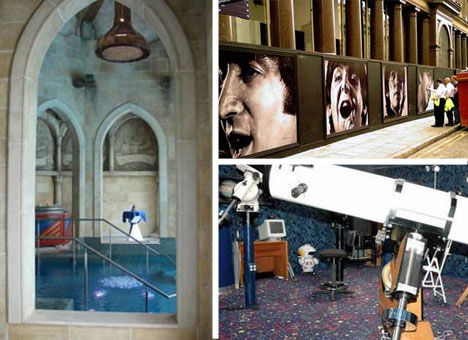 Featuring everything from argonauts to astronomy, theme hotels and themed hotel rooms have popped up all over the world in recent years in order to accommodate niche groups of travelers with a passion for certain sports, musicians, places and general interests. Some of these are situated near the world’s best theme parks and are devoted to creating a fun atmosphere for all ages. Others are five-star luxury hotels that use subtle decor to hint at the theme that they are trying to project. And still others are truly out-there niche hotels themed around oddities like physics and even death! Take a look at seven of the best theme hotels out there. Guest author Andrew Boyd has a passion for travel, especially cheap holidays somewhere interesting, including theme, castle and art hotels. 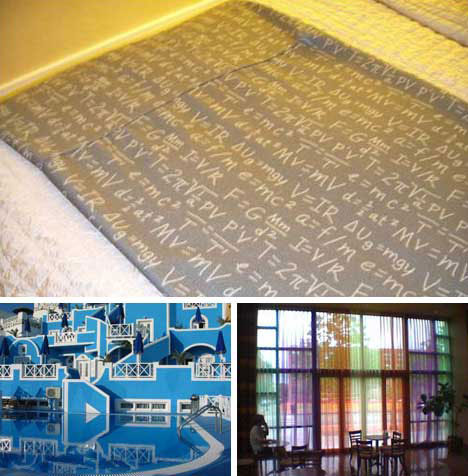 Le Meridien Cambridge [MA, United States] This hotel, better known as the [email protected], is a technology and physics themed hotel designed around the major fields of study at the nearby tech school. Pictures of famous physicists in the bedrooms, bedspreads designed with mathematical equations and robots serving as sculptural art in the lobby are all symbols that lend themselves well to the overall theme of the hotel. 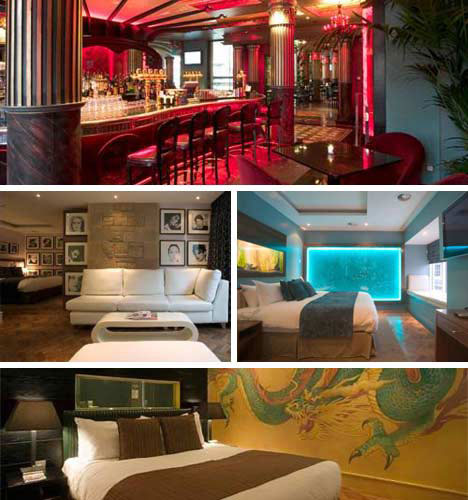 Le Monde Hotel [Edinburgh, Scotland] This hotel is themed around the idea that you can travel around the world without leaving your hotel. Each of the rooms is decorated to illicit the feeling that you are in a specific city somewhere else in the world. There are also themed bars to create the sensation that you are a globetrotting party animal. And, of course, there are theme restaurants with cuisine from the city around which they are based : dine in Paris, drink in Shanghai and then fall asleep in Miami. 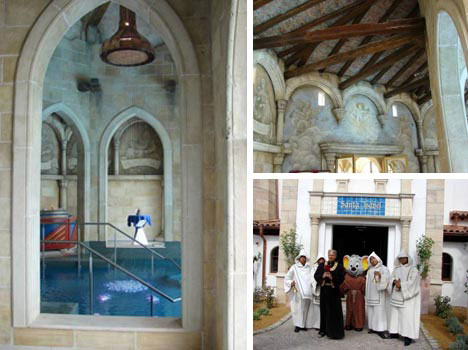 Santa Isabel @ Europa Park [Germany] Europa Park is one of the world’s largest theme parks so it’s fitting that there are a series of theme hotels associated with the location. While many people choose to go to the more established theme hotels (like the ancient Roman hotel called Colosseo), the most interesting of the hotels is the new Santa Isabel hotel. Themed around the concept of a Portuguese monastery, it has all of the amenities of a four star hotel but still hints at the simple historic charm of the homes made by monks. 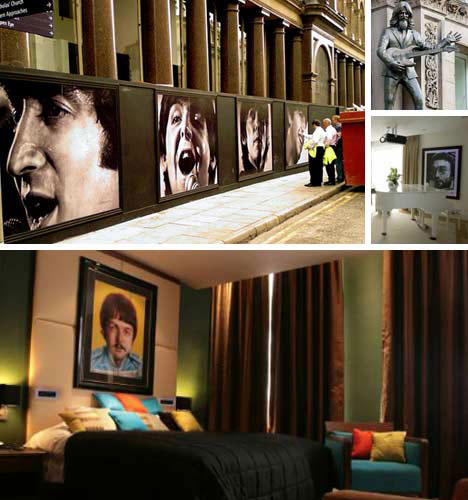 Hard Days Night Hotel [Liverpool, England] There are millions of people who love The Beatles and a large percentage of them would be thrilled to stay in a hotel devoted entirely to the legendary band. If you’re one of those folks then you need to take yourself to this hotel which began development in 2004 and finally opened earlier this year. If you want to go all out, you should book into one of the two penthouse suites suitably called The Lennon Suite and McCartney Suite, of course. And if you think John and Yoko are the couple to live up to then you can get married in the wedding chapel at this luxury theme hotel! 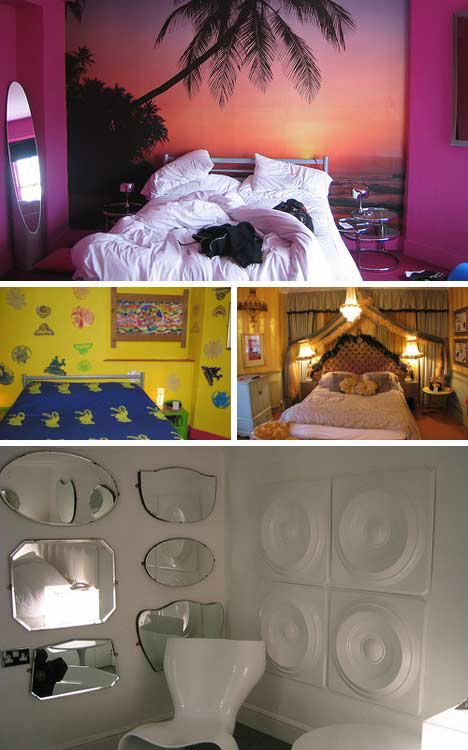 Hotel Pelirocco [Brighton Beach, England] This hotel starts off as a theme hotel devoted to rock ‘n roll but it takes things a step further and extends the theme to include all pop subculture. The nineteen art rooms in the hotel are all based on different aspects of the pop star or rock star’s way of life. There’s an Asbolut vodka room for the rocker who likes to drink. There’s a pin-up parlor for the star who loves the ladies. There’s a tropical room for the star that needs to get away. And there’s a Jamie Reed room named and decorated after the punk rock visionary. 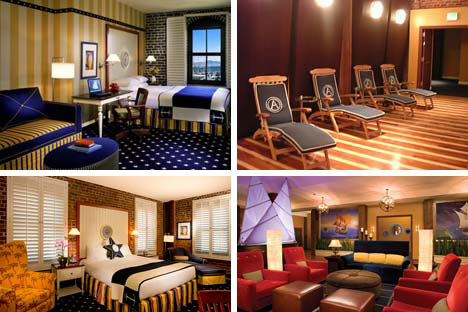 Argonaut Hotel [CA, United States] San Francisco is a city nearly surrounded by water so it’s no surprise that it has a hotel themed around the maritime history of the place. Argonaut Hotel is housed within a historic building called the Haslett Warehouse which overlooks the historic ships docked at the city’s Maritime National Historic Park. The luxury hotel (situated in the Fisherman’s Wharf neighborhood) has all of the amenities you could possible need from spas to gourmet snacks, but maintains a strong link with the history of the region. 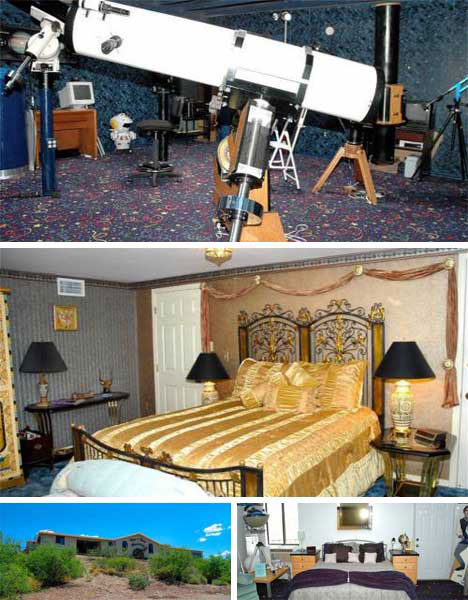 Astronomer’s Inn [AZ, United States] If the theme that gets you all hot and bothered is to be out and about amidst the stars then you might want to stay in a bed-and-breakfast devoted to the art of astronomy. These accommodations are situated right next door to an observatory and provide all of the amenities necessary to create the perfect star-gazing situation. Rooftop telescopes, guided tours of the night sky and a peaceful ambience are all conducive to helping you gain an understanding of the constellations above you. There are four suites to choose from for enhancing your stay: The Galaxy Room, The Astronomer’s Studio, The Egyptian Room and The Garden Room. No matter which suite you pick, you’ll have an out-of-this-world hotel stay.