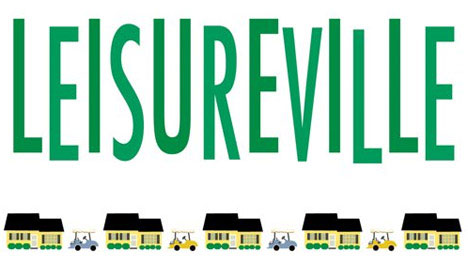 Imagine what America might look like if a sizable minority of its elders secede into their own communities. That’s just what’s happening, except until now no one was talking about it.

It’s called age-segregation and it’s an increasingly popular form of societal secession. More than 12 million Americans aged 55 and older are expected to live in these gated playpens in the next decade or so, and that’s a very conservative estimate. 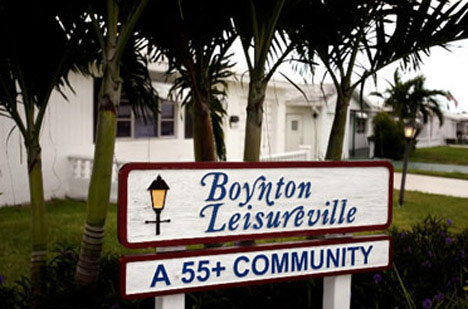 In my book, Leisureville: Adventures in America’s Retirement Utopias

, I profile the world’s largest retirement community, The Villages of Florida. It’s nearly twice the size of Manhattan, gated, and with a population that will top 110,000. Kids can visit, but they’re given guest passes that time out much like international visas. Children who overstay their limited welcome are basically reduced to the status of human contraband and their grandparents can be evicted for sheltering them. The Villages sounds like something out of science fiction (my book has been compared to Kurt Vonnegut), but it’s real. The community has two manufactured downtowns (a third is on the way) that were themed by entertainment specialists working for Universal Studios with faux historical markers, a mythological fountain of youth, a faux boardwalk, and imitation lighthouse whose efficacy is questionable given all the “sunken ships” in the manmade lake. My favorite touch are the semi-buried trolley tracks, allegedly abandoned after decades of use in favor of golf carts. Did I mention the golden oldies pumped out lampposts and fake rocks?

The Villages is also representative of several other American trends aside from escapism, fortressing, and leisure/convenience. A reclusive developer owns the entire community and runs the local daily “good news” newspaper, radio station, two television stations with newscasts and several magazines. The newspaper, which looks like a real paper (it even runs international wire service stores) is a propaganda sheet for the developer who has a very real agenda. Its penetration rate is an unheard of 90%. Villagers have few rights and have essentially traded in the ballot box for the corporate suggestion box. Speaking of statistics, 99% of daily trips made by local residents never leave “campus.” 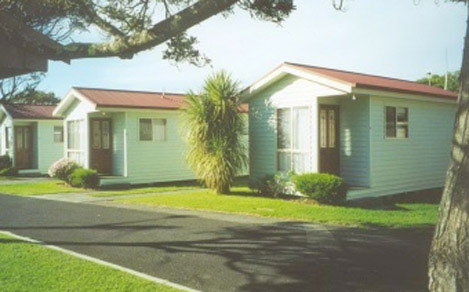 The Villages is a Truman Show-esque bubble where middle aged Americans play golf, take classes, and party down in themed bars created especially for them. But utopias and bubbles by definition don’t last. Even Biosphere 2 needed oxygen pumped in after a few months. The Villages’ oxygen equivalent is employees (as well as local aquifers). Residents don’t produce anything, but rather consume, as is their prerogative. Consequently, they need to be serviced by thousands of workers who happen to have needs as well, such as housing for their families and schools for their children. Leisurevilles form potent voting blocks that generally vote against the needs of local families. To wit: the residents of Sun City in Arizona defeated 17 school bond measures in 12 years. Children were going to school in staggered shifts, often using trailers as classrooms. That’s a pretty strong message.

The fact is segregation is never a good idea. People lose site of their commonalities when separated. As a nation, we should begin asking ourselves if we really want to promote communities where birth certificates are scrutinized upon points of entry. After all, complex societies require cooperation. Furthermore these geritopias don’t even age well. They turn into necropolises because communities consisting solely of older residents have little interest in reinvesting in themselves.