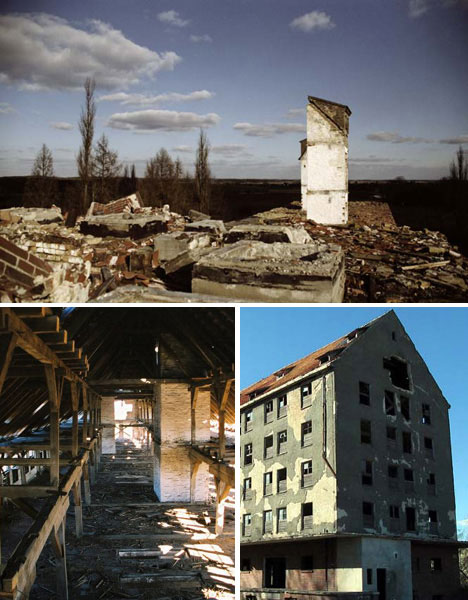 11. Kadykchan was one of many small Russian cities that fell into ruin when the Soviet Union collapsed. Residents were forced to move to gain access to services like running water, schools and medical care. The state moved them out over a period of two weeks, and they were taken to other towns and provided with new housing. Once a tin mining town of 12,000 people, the city is now desolate. In their hurry to leave, residents left their belongings behind in their homes, so you can now find aging toys, books, clothing and other objects throughout the empty city. 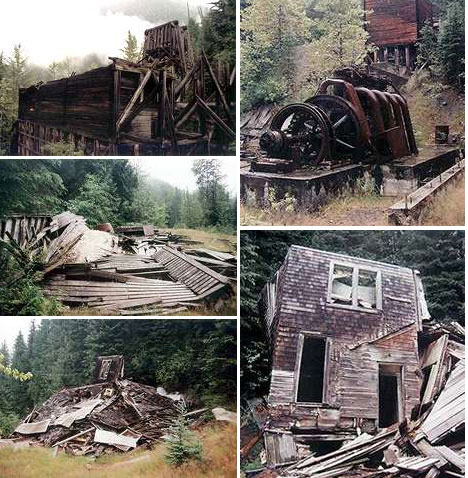 12. The small town of Cody was established in what has been called the ‘Valley of the Ghosts’ in British Columbia in the 1890s during the silver boom. Named after silver prospector Henry Cody, the town was expected by residents at the time to surpass other nearby towns in size and greatness. At the pinnacle of its success, though, Cody only had 150 residents, and when the town failed to attract more people it was deserted in 1910. 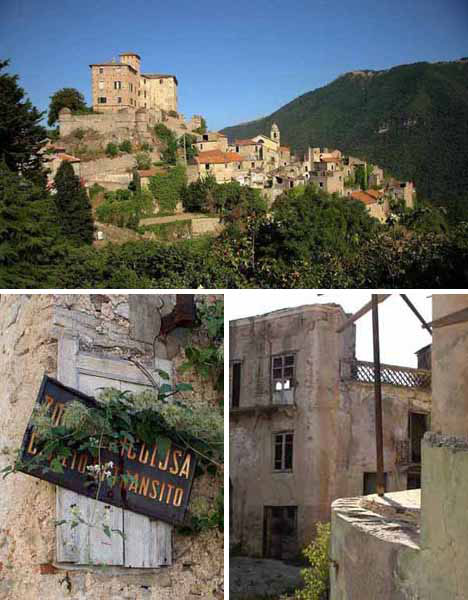 13. Balestrino, Italy is just as picturesque as many other medieval Italian towns, with its stunning hilltop location 70 km southeast of Genoa. Once owned by the Benedictine abbey of San Pietro dei Monti, Balestrino began losing its population in the late 19th century as earthquakes struck the region and damaged property. In 1953, the town was abandoned due to eœgeological instability. The part of the town that has remained untouched since that time is currently undergoing planning for redevelopment, so it won’t remain abandoned for much longer. 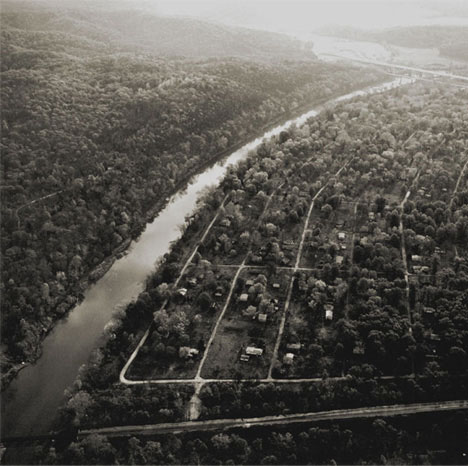 14. Once home to 2200 residents, Times Beach, Missouri stood empty and condemned for over a decade. It is the site of one of America’s worst pollution disasters. From 1972 to 1976, city officials had waste oil sprayed on the unpaved roads to alleviate a dust problem. Unfortunately, that waste oil contained dioxin, a toxic carcinogen and component of Agent Orange. The dioxin permeated the soil and flooding further spread it through the town. After a long cleanup effort, the town has been reborn as Route 66 State park. 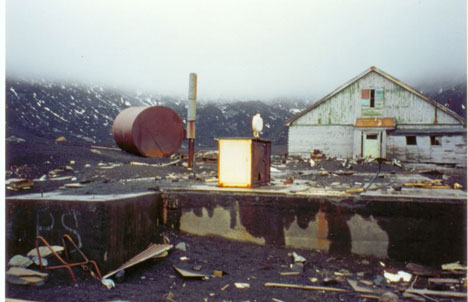 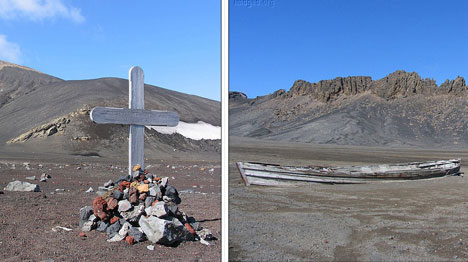 15. Deception Island is located in the South Shetland Islands off the Antarctic Peninsula. One of the area’ only safe harbors, Deception Island offered a refuge from storms and was also the site of several research stations and whaling operations. Many buildings have been abandoned there due both to a decline in the use of whale oil and a volcanic eruption in 1969. The volcano has made it an unpopular location, but Spain and Argentina still have summer-only research stations there. 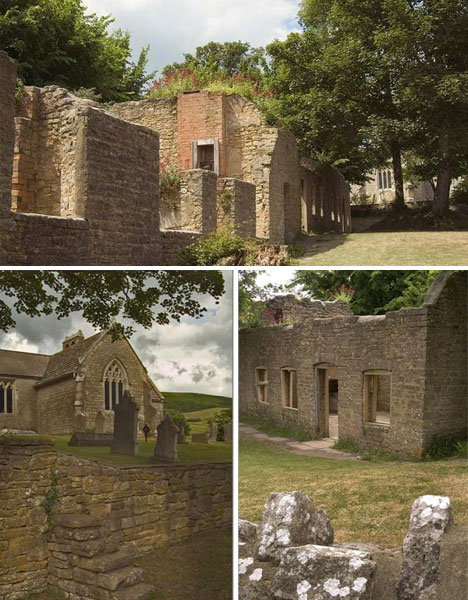 16. Tyneham is referred to as ‘the village that Dorset lost’. During World War II, the Ministry of Defence took over this town on the Isle of Purbeck in south England for use as an army base. Citizens were promised their homes back after the war ended, but were never allowed back in. It has stood as ghost village ever since, lying in ruins except for the schoolhouse and church that still stand relatively untouched. Schoolwork still sits on the aging desks, and a sign on the church still reads, ‘Please treat the church and houses with care; we have given up our homes where many of us lived for generations to help win the war to keep men free. We shall return one day and thank you for treating the village kindly.’ 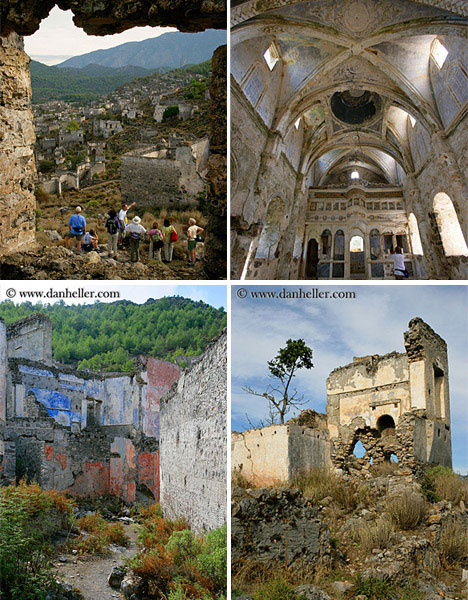 17. Kayakoy, Turkey was once a thriving Greek village, home to 25,000 people. In 1923, the town was completely deserted when its inhabitants, along with millions of other Greeks in Turkey, were forced out of the country due to the Greek war of independence. Since then, the village – which had been populated since the 13th century – has stood empty and deteriorating. Kayakoy is the largest and most well preserved ghost village in Asia Minor. 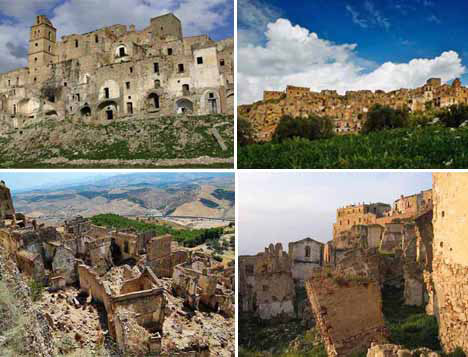 18. The medieval village of Craco, Italy was built on a very steep summit for defensive reasons, in a dry and mostly vegetation-free area in the south of the country. Over the centuries, this village lost residents due to a plague, French occupation and civil unrest, and finally lost nearly all of its residents between 1892 and 1922 as they fled for America due to poor agricultural conditions. Earthquakes in the 60s forced the remaining occupants out of the city, and it’s now completely uninhabited. 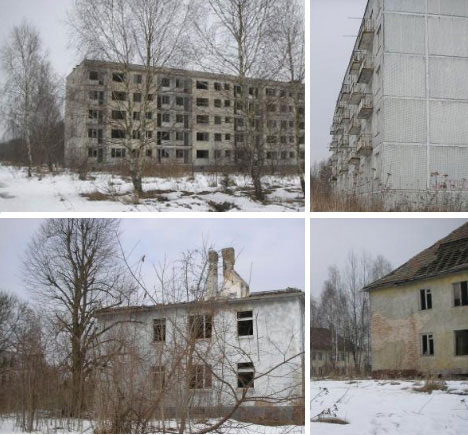 19. Polish officials have been trying to get rid of the village of Klomino for years; it was last on the market for 2 million, but most of its remaining buildings were demolished after lack of interest and locals destroyed what was left. Klomino is the only official ghost town in Poland, built solely as living quarters for the Russian Army. It has lain empty since the Red Army withdrew its forces in 1992. 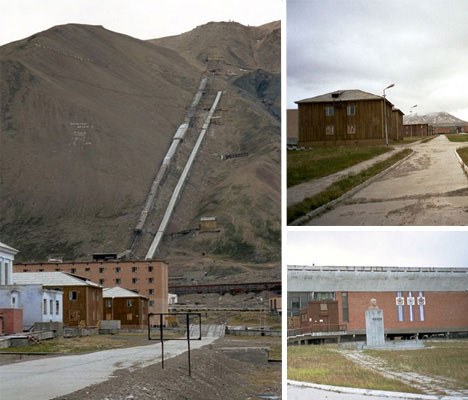 20. Pyramiden, Norway was a Russian settlement and coal mining community founded by Sweden and sold to Russia in 1927. The settlement once had a population of over 1,000 people but has been empty since its owner, the state-owned Soviet company Arctikugol Trust, abandoned it in 1991. The buildings still stand today exactly as they were when it was still in use. Tourists can access it for now by snowmobile or boat, but Russia plants to redevelop it soon. Want more? Check out strange and fascinating abandoned towns, cities and other places in Europe, Russia and the United States.