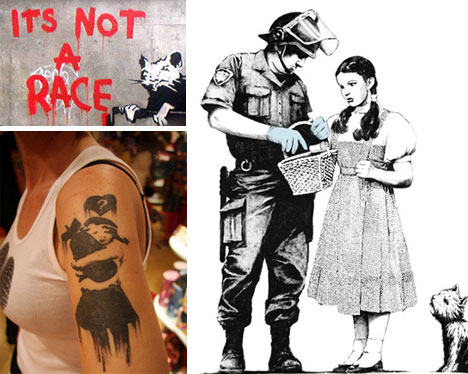 For those of us who value art and the richness it brings to our lives, we strive to experience it firsthand whenever possible. We make pilgrimages to the world’s best art museums, attend shows in galleries, and study the works of the masters. Some of us may even be inspired to create our own art as an homage to these great works.

But when the artist you admire is an anonymous street artist, it gets a bit more complicated. With Banksy we often experience the work in some kind of secondary form – such as photos of his works, prints in a less pricey series or intricate fan tattoos. Welcome to part three in our eight-part guide to Banksy Art and Graffiti. 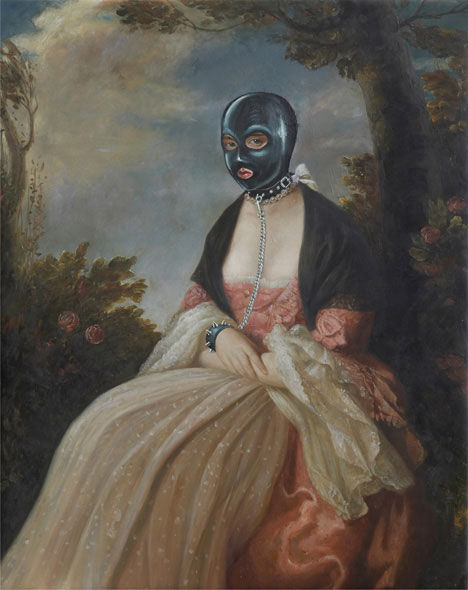 Banksy is irrefutably a talented artist. He has gained a worldwide following and his pseudonym is known around the world. What makes the Banksy experience unusual is that most of his fans have never seen one of his pieces in person. Most of us wouldn’t even know about him if not for the spread of his work over the internet. 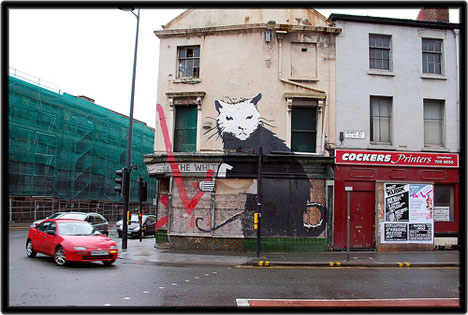 Various photos of Banksy’s work have been passed around on the internet for years. His street works, gallery shows, books, and auctioned pieces have created a stir unparalleled by any other street artist in history. Although his art has shown up in cities far and wide, there are plenty of places he hasn’t tagged. The fact that people in those untouched places still know his name is an astonishing feat for someone who works with spray cans and stencils on concrete walls. 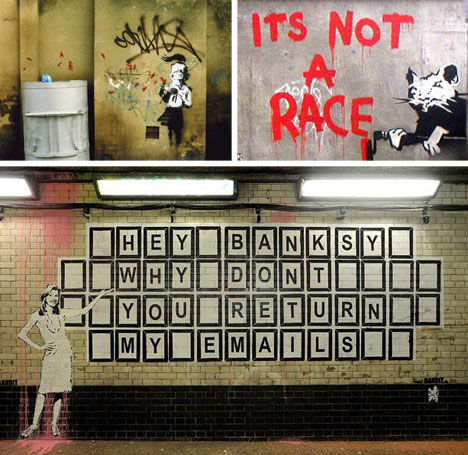 What’s more is that many of Banksy’s works are extremely transient. Beautiful as they are, they are usually gone within hours. They are removed and painted over by city workers who adhere to a zero-tolerance policy on graffiti.

It is perhaps this transience, in part, that has led to such an explosion in Banksy admiration. His pieces are difficult to see, nearly impossible to own, and can be enjoyed by most people only as images on a computer screen. Those who are lucky enough to see one of his works in person often take a photograph of it, knowing that if they return to the spot tomorrow it may not be there. In most cases it will have been painted over, but an increasingly common possibility is that it will have been purchased and moved to another location. It’s not hard to imagine a time in the future when elusive photos of Banksy works will be worth nearly as much as his original pieces of art themselves. 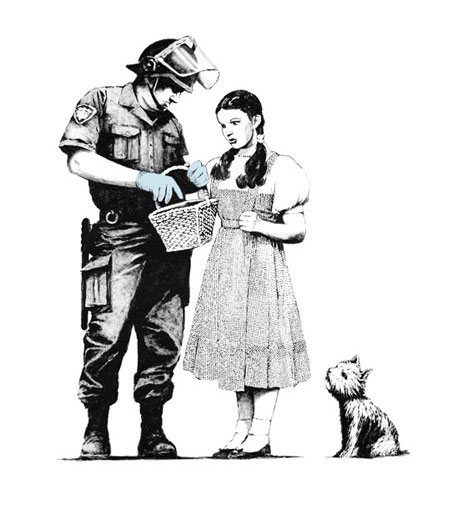 (image via: Pictures on Walls)

The enigmatic artist’s work has spawned numerous websites and online forums. Most are as a tribute, but some are to meant to decry his art and depict him as a criminal. No matter what their content, some of these sites are making decent amounts of money simply by capitalizing on the name, regardless of the fact that they have no connection with Banksy himself. 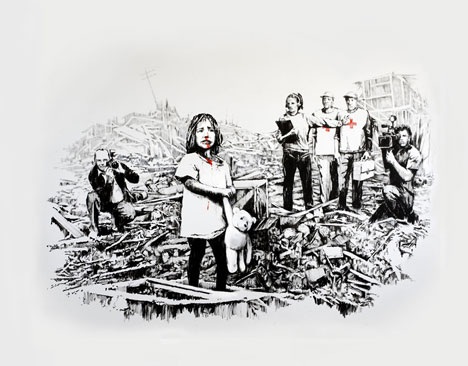 To his credit, even Banksy believes that the prices paid for his artwork are far too high. Although it’s been occasionally possible to find authentic Banksy prints online for somewhat affordable prices, several of his pieces have recently been auctioned off to wealthy bidders for astronomical amounts of money. Signed prints which have been in private collections are now selling for more than their previous owners ever dreamed of. You won’t find low-quality Banksy prints on sale at your local “ready to hang” art superstore. You will, however, find a link to Banksy’s shop on his official website. The shop is filled with only free images, which he encourages visitors to download and use for any non-commercial purpose they see fit. 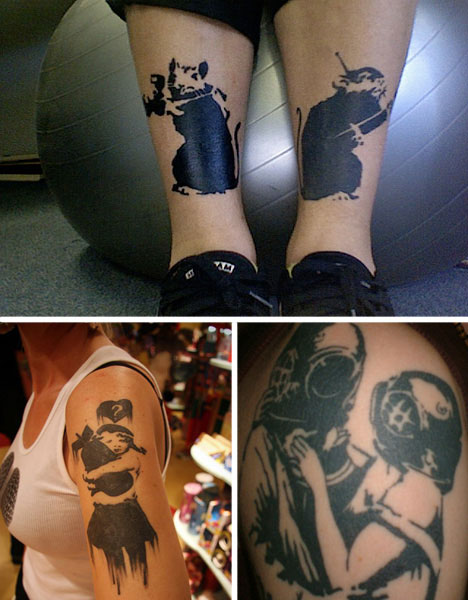 Many people have taken that invitation and used these free Banksy prints – and other Banksy pieces found online – in their tattoo designs. Banksy tattoos have enjoyed a meteoric rise in popularity over the last several years. To an artist who started off by spray painting buildings in his hometown, this must be the ultimate compliment. Knowing that there are people out there who admire his work enough to make it a permanent part of their flesh has to feel absolutely amazing. The transience and untouchable quality of street art is then turned into an immovable statement of art, love, dedication, and everything else that the particular piece means to the tattoo-holder. 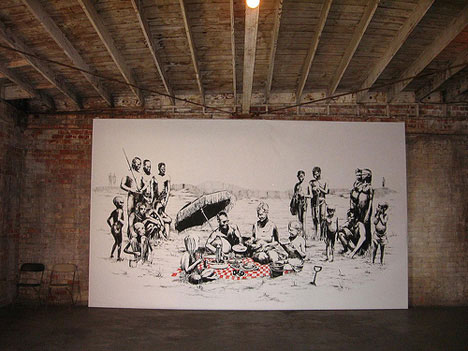 While some artists would be up in arms about the reproduction of their work, Banksy carries a slightly less territorial view of his art. As a street artist, he believes that his art belongs on the street where people can see it. His books were released with the intent of sharing his transient artwork with those who would never get to see it in person. His gallery pieces? They just pay the bills. The heart and soul of this street artist is now, and forever will be, right there on the street with those who admire him the most.

Banksy Art 1: Who is Banksy?