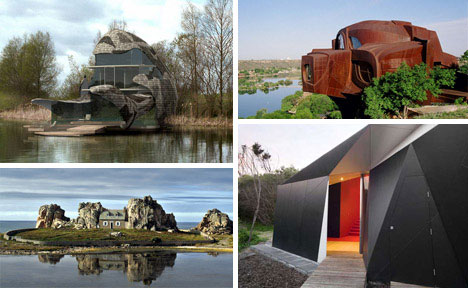 Banksy’s art and the general controversy surrounding his work have had a remarkable effect on the world community. For the first time, a street artist has garnered the attention of the mainstream media, the art world, and the common person…not to mention other street artists. This is part seven in an eight-part series on Banksy Art and Graffiti. 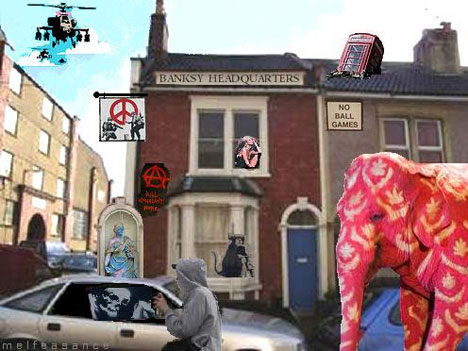 With all that attention focused on his actions, it’s only natural that admirers have formed casual groups revolving around Banksy. They get together virtually to share locations and photographs of Banksy pieces, compare thoughts on various pieces, and speculate about the legitimacy of works attributed to Banksy. 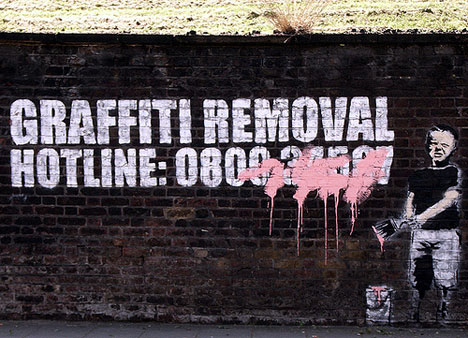 Some are well thought-out, intentional websites or sections of websites. Some are spontaneous discussions that pop up in the comments section of news stories or blog posts. And one is the official Banksy website, presumably endorsed by the artist himself. But whatever the source or origin, anything Banksy has a way of taking off and gaining huge popularity in no time at all. 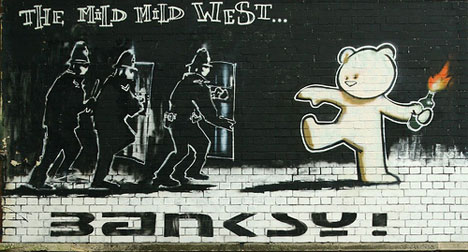 Such was the case with Banksy’s self-published books. The first one, Banging Your Head Against a Brick Wall, appeared in 2001. The short (54 pages) completely black-and-white book documents many pieces of Banksy art that will never be seen again. Since he was not “famous” at that time, most of his spray-can art was painted over or scrubbed off soon after it appeared. The pages of this book contain many otherwise-lost pieces of art, as well as the first words that most people had ever heard directly from Banksy. His humor and his critical take on the mainstream art world came through in the passages accompanying the art in the book. 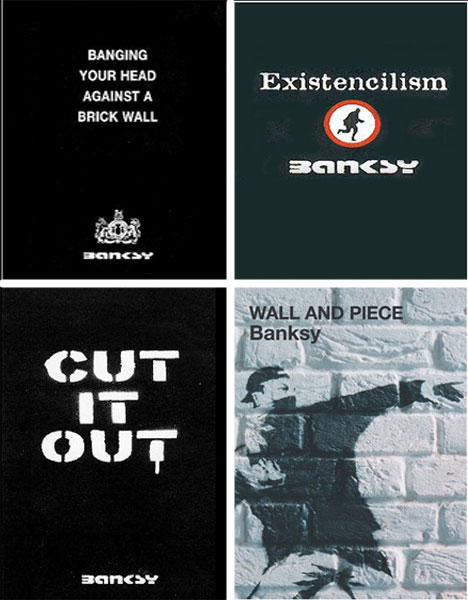 (image via: Art of the State and: Amazon)

The next Banksy book to be published was Existencilism in 2002. In color this time, the second book again displays Banksy’s irreverent sense of humor and reveals a little more of his history through personal stories, such as his prior training as a butcher. The pages contain more street art along with original drawings and paintings. 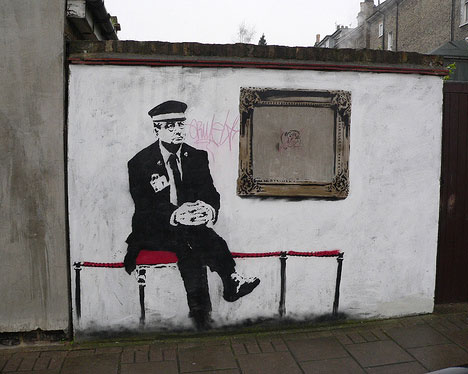 Cut it Out, published in 2004, was eagerly awaited by fans who had come to admire Banksy’s work. It was originally supposed to be published in 2003, but according to Banksy, “exciting legal reasons” were to blame for the delay. More photos are revealed in full color, including those of his adventures at various museums and several other pranks. 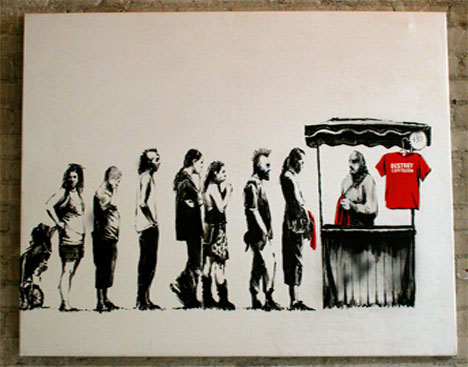 Wall and Piece, 2005, was the first Banksy-sanctioned book to be put out by a major publisher. Random House published this collection of old and new Banksy work, along with more of the graffiti guru’s trademark wit and social commentary. This is the first book of Banksy’s work to be released in hardcover, and at 192 pages it’s much longer than any of its predecessors. 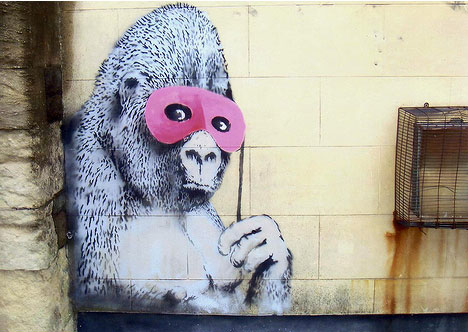 Of course, Banksy isn’t the only one publishing books on Banksy. In 2006, Martin Bull published Banksy Locations and Tours: A Collection of Graffiti Locations and Photographs in London. It has since been re-released for 2007 and 2008. The pages contain somewhat of an alternative tour guide for London streets, naming street art and its locations. Although it focuses mainly on Banksy’s street art, mentions are also made of other notable graffiti by Faile, Shephard Fairey, Blek le Rat, and D*Face. 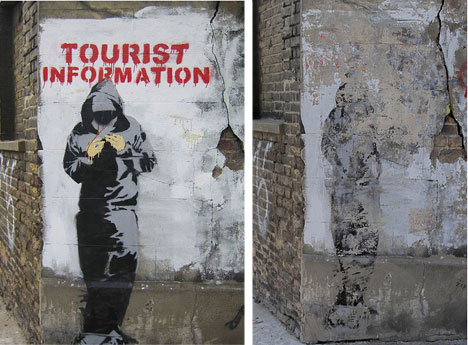 The most recent book to come out about Banksy is Banksy’s Bristol: Home Sweet Home by Steve Wright, which was published in 2007. This is perhaps the most comprehensive book on the formative years of the anonymous street artist. A story is told in photographs about Bristol and the effect Banksy’s work has had on the city. It contains many never-before-seen photos of places and people who influenced Banksy’s earlier years. 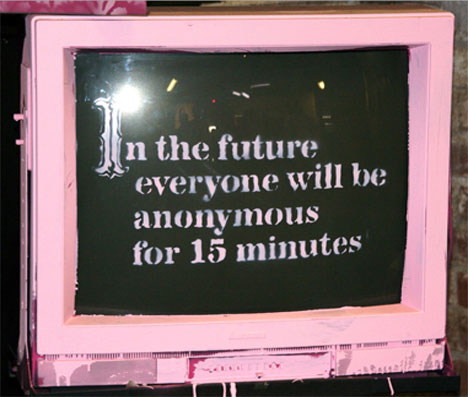 The websites, forums, and books about Banksy have all served to distribute his art to an ever-increasing audience. The ephemeral nature of street art is defied in the pages of books and in the multitude of photographs snapped by interested passers-by and later posted on the Internet.