What is it about lighthouses that captures our attention? Is it the history behind these relics of a less technologically-advanced age? Is it the quaint charm of the towers? Or is it maybe the safety and security that the towers symbolize? Whatever it is that draws us to these beacons, they are among some of the most visited and photographed structures around the world. 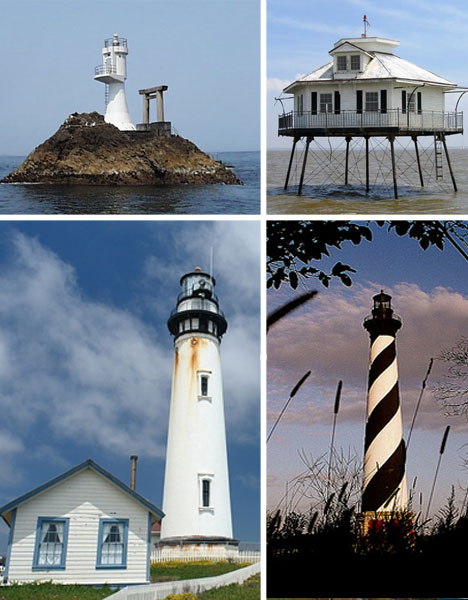 (images via: UNC and Lighthouse Friends and Rudy Alice Lighthouse and James Jordan)

The qualities that make a lighthouse beautiful have been debated among lighthouse lovers for longer than anyone can remember. These have been named among the most lovely by folks who make a hobby of spotting lighthouses.

The lighthouse at Okino Gozen Shima sits atop an isolated rock about five miles off of the shore of Jizo Saki. Next to it sits a Shinto shrine, a bit of peace in the middle of the sometimes-dangerous waters.

The Mobile Bay Lighthouse in Alabama proudly stands as a part of the state’s history. It is a great example of a screw-pile lighthouse, and extremely picturesque.

The Cape Hatteras Light no longer stands at the edge of the water; today it is nearly 3,000 feet inland due to erosion. At 208 feet tall, it is the tallest lighthouse in the Western hemisphere, and certainly one of the most photographed in the country.

Pigeon Point Lighthouse has a long and convoluted history, but it still stands as a strong beacon. Once a year the electric lights are changed to kerosene lights, and people come from miles away to see the beautiful lights dance in the dark sky. 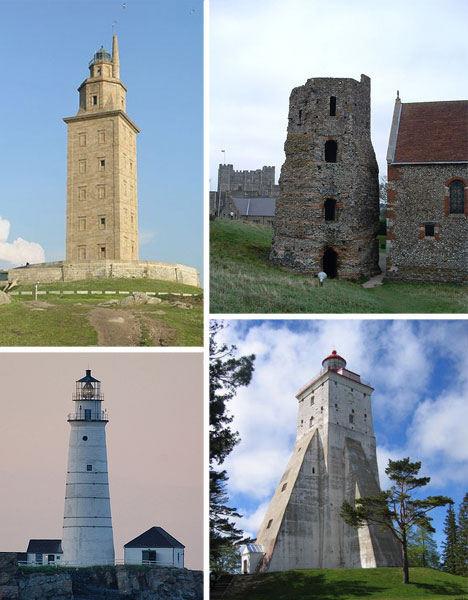 (images via: Wikipedia and Classic Vehicles and 7 is 7 and M Bell)

The rich history of lighthouses often fascinates enthusiasts. They are, after all, an ancient technology that has existed for centuries. Now that GPS navigation is making lighthouses less essential, lighthouse lovers are defending the historic buildings and ensuring that nothing happens to them. It would be a shame to lose the Tower of Hercules, which is the oldest Roman lighthouse still in use today, or the Dover Castle Lighthouse, which is one of the best-preserved Roman lighthouses in Europe. 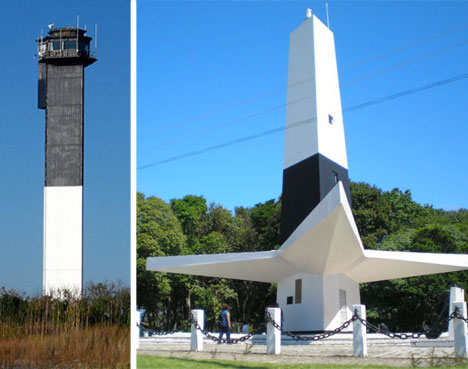 (images via: Lighthouse Friends and Wikipedia)

Not all notable lighthouses have such a long history. The Charleston Light was built in 1962 and has the distinction of being the last major government-funded manned lighthouse in the country. It is also the only American lighthouse to feature an elevator. These days the Charleston Light is automated. The Capo Branco Lighthouse is a curious-looking structure, but it is in fact a functioning lighthouse in Brazil. Besides guiding ships in the dark, it also marks the easternmost point of South American mainland. 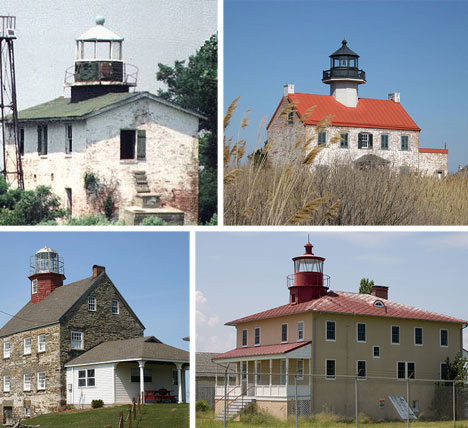 Integral lighthouses are an often-forgotten example of fine American lighthouses. They are, quite literally, houses with a light on top. While most lighthouses featured a nearby house for the keeper to live in, these lighthouses simply combined the two structures. Integral lighthouses were no longer built after the 1850s, but some of them stayed in commission long after that. These quirky pieces of American architecture don’t often get the attention they deserve for their part in lighthouse history.