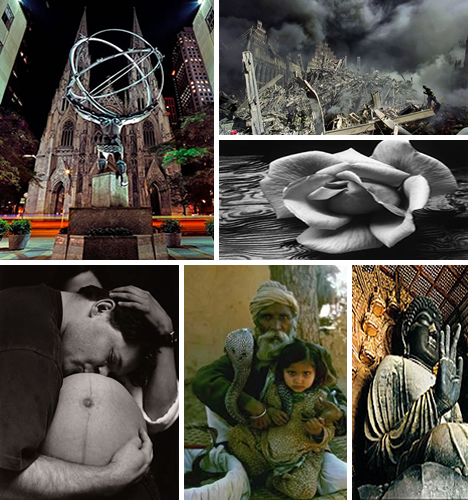 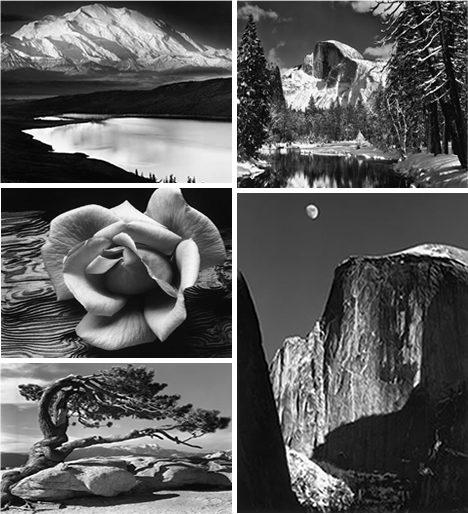 Ansel Adams was a master of fine art photography. He would pour 18 hours a day into his labor of love, his art. Neither he, nor his camera, knew the meaning of a day “off.” He loved his work though, and it shows. His photographs are legends and some of his classics include Mt. McKinley, Wonder Lake (top left), Half Dome, Merced River, Winter (top right), Rose and Driftwood (middle left), Jeffery Pine Sentinel Dome (bottom left) and Moon and Half Dome (bottom right.) He was a huge activist for the environment and the wilderness. 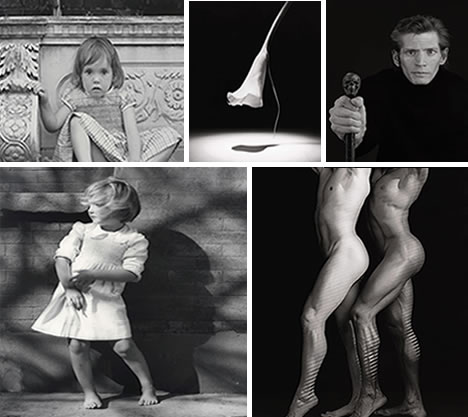 Robert Mapplethorpe was another epic fine art photographer. As often as not, however, his photos stirred controversy and would be banned from an art gallery. Mapplethorpe sometimes used a Polaroid and stated, “it was more honest.”  A true artist, he snubbed his nose at social acceptance and conventional projects in favor of nudes, provocative S&M photographic documentation, or whatever caught his fancy. He caused ripples in the artistic community and was a powerful force in shaping fine art. The upper right photo is his self portrait. 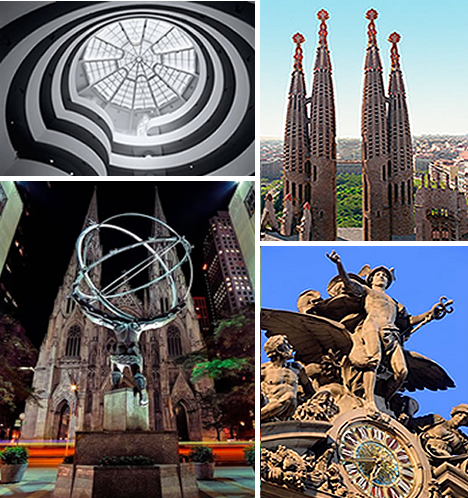 As in all arts, fine art photography can be broken down into specific genres as well as photos that blur the lines and mix categories. Andrew Prokos is one such photographer. Although he has captured many black and white traditional fine art photos, his skillful shots include architectural and landmark collections such as: Interior of the Guggenheim Museum in New York City (top left), Spires of Gaudi’s Church of the Sagrada Familia in Barcelona (top right), Rockefeller Center Atlas and St. Patrick’s Cathedral at Night (bottom left), and Grand Central Station Mercury Clock at Dusk (bottom right). 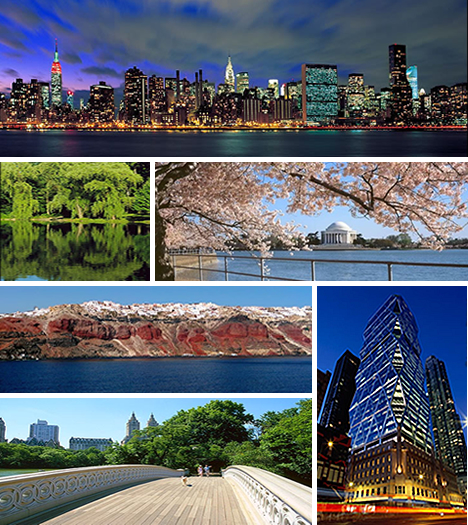 Prokos also specializes in skylines, cityscapes, and landscapes. He is based in New York City and the top picture is a panorama of Midtown Manhattan at dusk as seen from Queens. Also in NYC, he captured willows trees reflecting on the Loch in Central Park. In DC one fine Spring day, he snapped a panoramic view of the Jefferson Memorial across the Tidal Basin which is beautifully framed by cherry tree blossoms. From the sea and facing toward Greece, he captured the colorful cliffs of Santorini. In another panoramic landscape (bottom left) is the Japanese bridge in the Brooklyn Botanic Garden. Back in NYC, he photographed a view of Hearst Tower at dusk (bottom right), showing his great range and artistic eye. 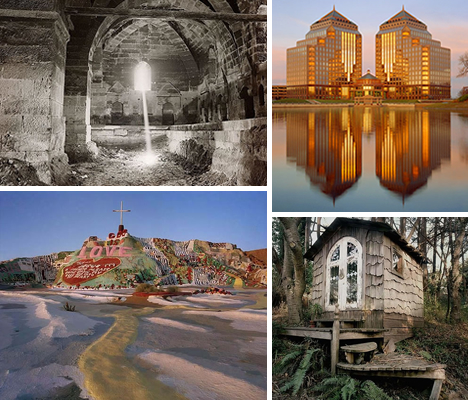 Beauty is truly in the eye of the beholder when it comes to fine art design and photography of architecture. Blaine Ellis visited Caravansarie in Central Turkey and visually captured Where Light Dwells (upper left). D’Arcy Leck concentrates on architectural, resort and travel photography such as of the Carlson Companies Headquarters building (upper right). Michael Rauner snaps shots that blend architecture and landscape like Salvation Mountain (bottom left) during his visionary state: A Journey through California’s Spiritual Landscape. Rauner also captured a what he calls a Meditation hut in Druids Heights during his same visionary journey (bottom right).