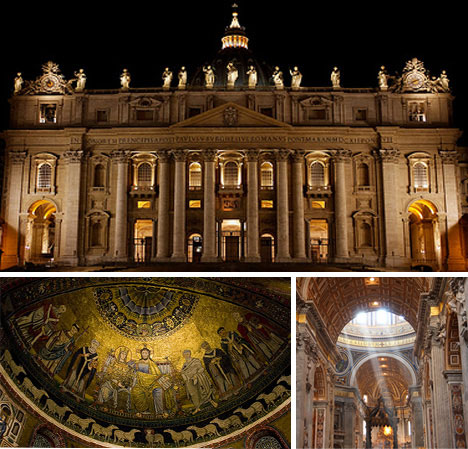 Italy boasts some of the most spectacular cathedrals in the world. These architectural gems are historical treasures that have withstood years of war and other tests of time. The styles of these astonishing locations are so diverse including architecture depicting Gothic, Baroque, Renaissance, Medieval, and ancient styles of Rome. New architectural concerns for color, luminosity and shade, sculptural standards and concentration characterize the Baroque design whereas the Renaissance drew on the wealth and power of the Italian courts. Gothic architecture evolved from Romanesque architecture and was succeeded by Renaissance architecture. The style featured “a pointed arch, the ribbed vault and the flying buttress.” 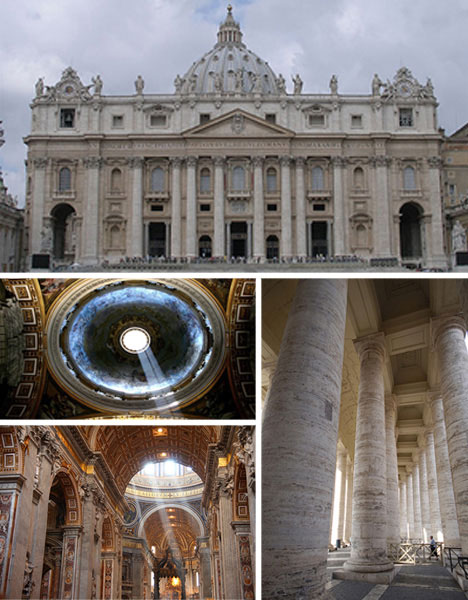 St. Peter’s Basilica is located in Vatican City in Rome. St. Peter’s is one of the most prevalent churches ever built and it remains one of the holiest sites in Christendom. This Basilica is the resting place for Peter, the apostle who is considered to be the first pope; his tomb is located under the main altar. 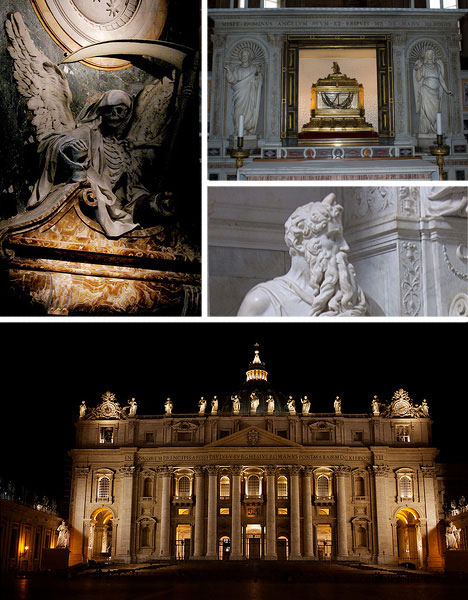 San Pietro in Vincoli is a minor basilica in Rome, Italy. It is one of the most famous cathedrals that houses one of Michelangelo’s most esteemed works of art, Moses. San Pietro is most remembered for the relic of the chains that bound Saint Peter while imprisoned in Jerusalem. The chains are still kept under the main alter in a reliquary. 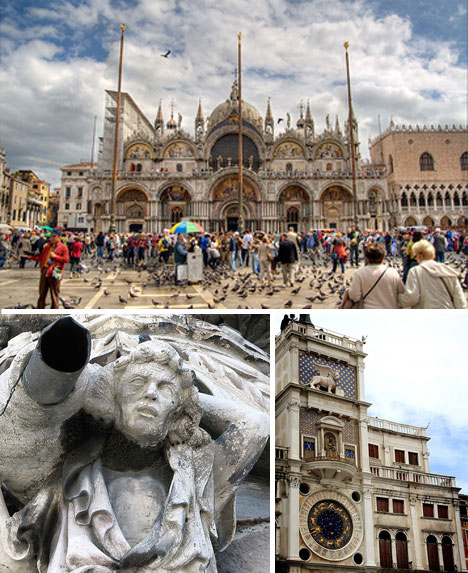