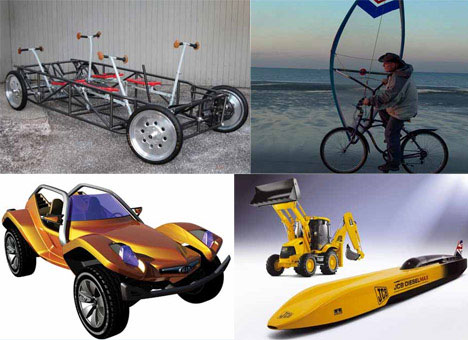 With gas prices are spiraling out of control, Americans are going wild over green cars like never before, but there are far more to the eco- (and wallet) friendly world of alternative fuels than just the Prius. From strange conversions by bold individuals (a truck that runs on used coffee grounds) to hundred-year old toys for the rich (sail bikes in Cape Cod) to the fastest diesel car in the world (JCB’s Dieselmax), the desire to dump conventional engines and go green in all kinds of crazy ways has inspired ever more wild and wacky green vehicle designs. 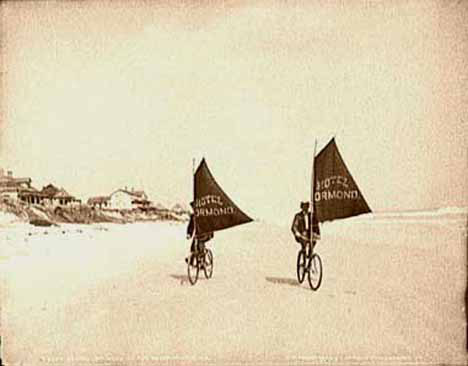 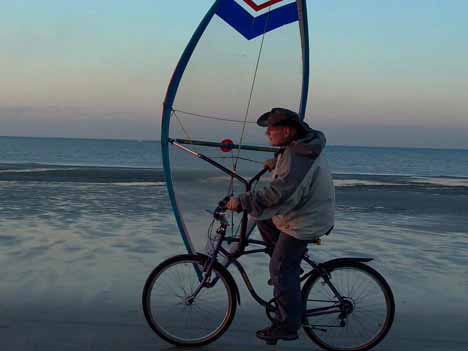 (images via: Cape)
The sail bike is a variant of ‘sand sailers’ a three-wheeled cruiser that can be used to traverse such broad and lifeless places as the Sahara. Despite that knowledge, nobody is quite sure when the sail bike were originally conceived – you can see in the old photograph that they were at least in someone’s possession in France in the turn of the century. Most recently, though, an enterprising Cape Cod sailor took upon himself one Super Bowl Sunday to attach a leftover sail and rigging to a bike he didn’t particularly care for – providing himself with a fast, cheap way to breeze around the peninsula. 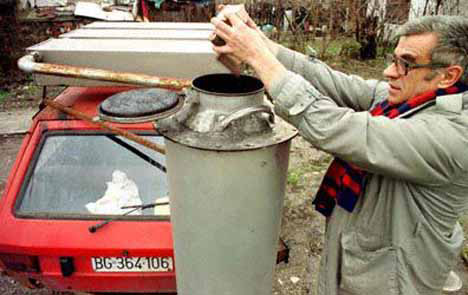 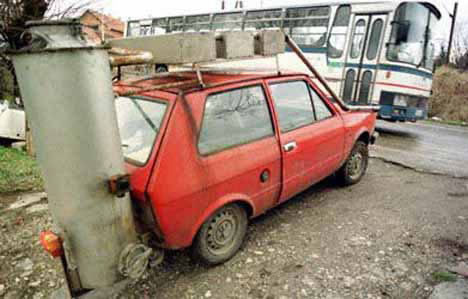 (images via: Freeweb)
This innovative do-it-yourself-er has harkened back to an earlier time; there were once steam powered automobiles, and while they were optimized to run on coal, he has created his Yugo-based boiler with wood in mind. This renewably powered automobile gets over 100km on just 2.5 kg of wood, making it far more cost-effective than gasoline, if not more practical. 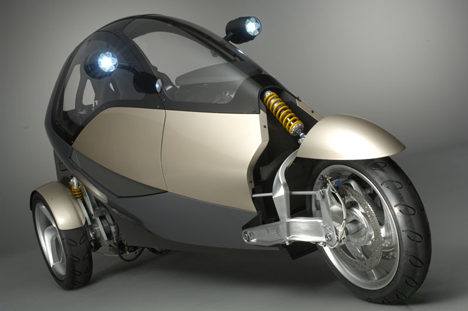 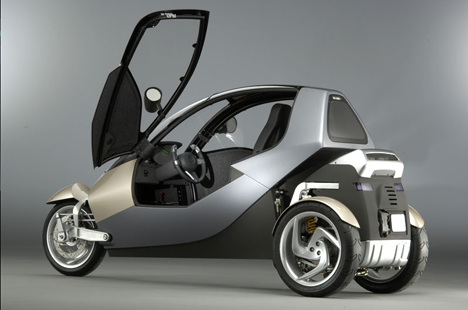 (images via: Clever Project )
The CLEVER was originally conceived as a project at the Technical University of Berlin, as engineers aimed to design the lightest, cleanest city car possible. While still in prototyping stages, the final form of the CLEVER is expected to weigh less than 400kg, and emit less than 60 g/km of carbon dioxide from its compressed natural gas engine. Perhaps the boldest design innovation by the team was giving the meter-wide vehicle the ability to lean like a motorcycle in corners, using kinetic energy in a far more efficient fashion. 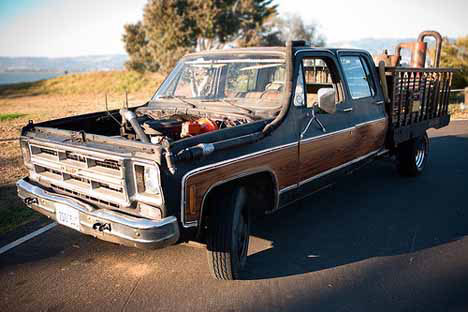 (images via: Ecoble)
While many of us will readily attest to running of coffee, this truck may be the first vehicle to join the caffeine club – used grounds are placed into the tank, where a process called gasification converts them into a usable fuel. Perhaps the brightest bit of news to glean from this 1975 GMC is that gasification doesn’t only apply to coffee; any biomass will do, including compost or peat moss. 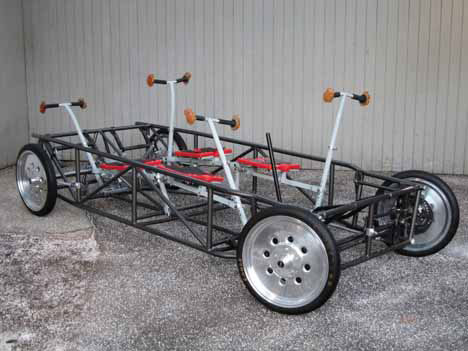 (images via: Ecoble)
It is called the humancar, but this is really a modern interpretation of the Flintstone family cruiser. Yes, America, it has a battery assist in case you find yourself huffing and puffing in the flow of traffic, but with four stations for passengers to pump away, the production model can reach speeds of up to 80 miles an hour. 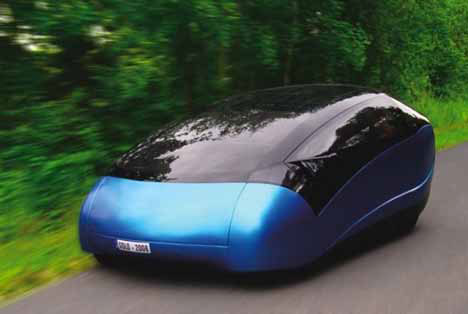 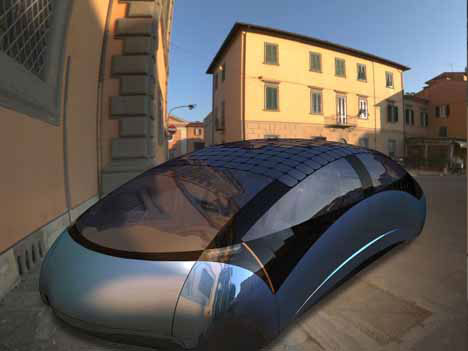 (images via: Inhabitat)
The Antro Solo is a carbon fiber gas/electric hybrid that gets 150mpg, and doesn’t require the gasoline engine at all for trips under 25km. Of course, it would be reasonable to think that, like a modded Prius or a Chevy Volt the Antro Solo would require plugging in – not so. The electricy in this 250kg beauty is from solar panels on the roof – or, of course, pedals under each seat that fan power the generator. 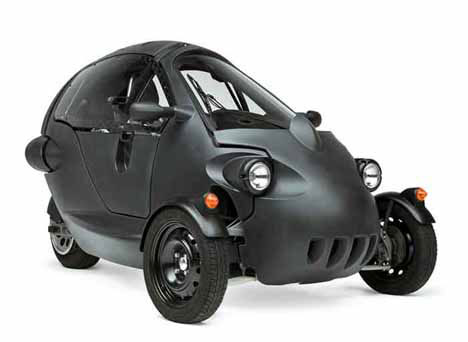 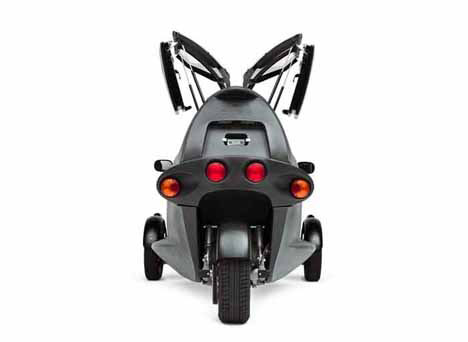 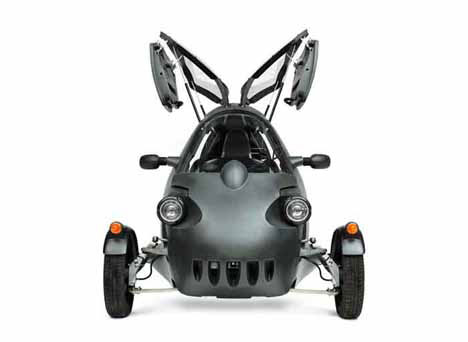 (images via: Cree)
The SAM is a zero-emission vehicle that has been eight years in the making and has survived the bankruptcy and reorganizing of manufacturer Cree. With a top speed of 75km/h, it looks faster than it actually is, but this little electric city car can travel up to 100km on a single charge, further than the majority of the American population drives in a day. 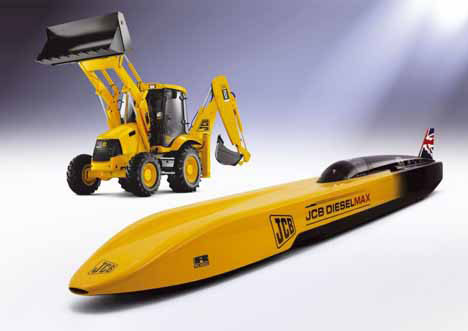 (images via: Bearpit)
The Dieselmax, as you can see, isn’t so much about practical technology as it is stretching the limits of diesel engines, and perhaps getting a few American consumers excited about the unpopular technology by showing off raw speed. The fastest diesel vehicle in the world, Dieselmax reached 350 miles an hour in 2006 – without going into 6th gear. 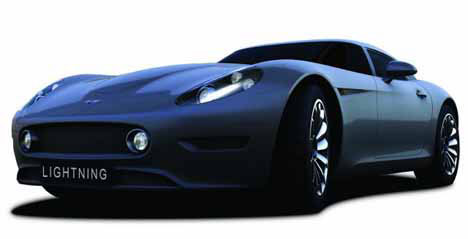 (images via: Wired)
If electric automobiles looked and performed more like the Corvette and less like the VW Bug, do you think more consumers would be interested in them? Lightning Ltd. certainly thinks so – their first model (the aptly-named Lightning) generates as much torque as a Dodge Viper SRT (553 foot-pounds) and as many horsepower as the CorvetteZR1 (643). It is also capable of going 0-60 in 4.0 seconds, and has a top speed of 130 miles an hour. 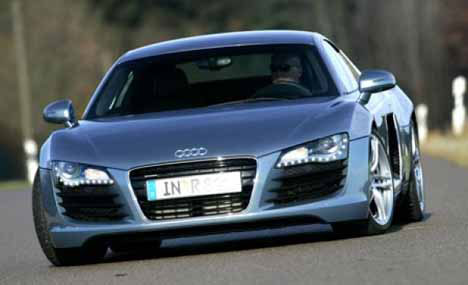 (images via: Car and Driver)
Audi launched the R8 TDI because of the overwhelming demand of the European market for a diesel engine in a luxury sports car, and it hasn’t disappointed – while the TDI isn’t yet available in the U.S., the twin-turbo V12 supercar is scheduled to arrive in 2009 as part of a brand-wide offensive by the German giant. 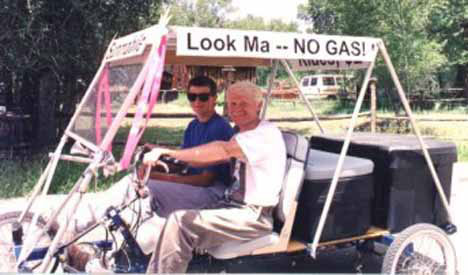 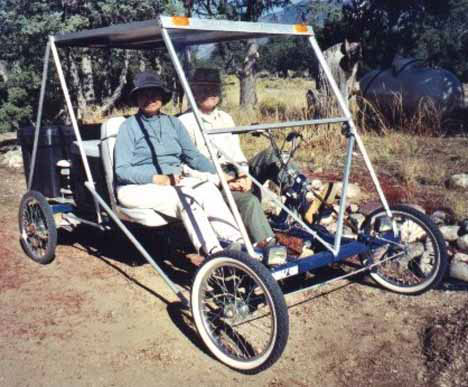 (images via: SunVee)
SunVee (Solar Utility Neighborhood Vehicle, a deliberate shot at the Humvee) is the spiritual opposite of the Audi and the Lightning, offering little more than a modified golf cart frame and solar cells to drive a storage chest full of car batteries. The SunVee, however, is the little golf cart that could, traveling over 30 miles on a single charge, and never requiring a plug-in. 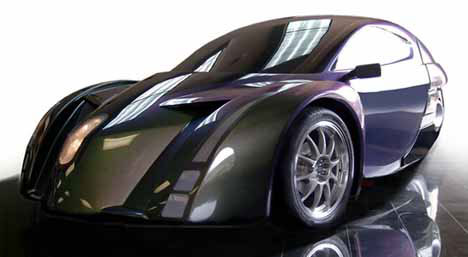 (images via: Zap World)
Zap Cars are a line of fully electric vehicles that bypass most state safety and weight regulations by qualifying as motorcycles rather than cars. The Alias is their flagship, offering the most aerodynamic and visually captivating design, and requiring a down payment of $5,000 towards what is certainly one of the most expensive motorcycles in production at $30,000. That said, if you are re into speed, it is a bargain – 100 miles an hour without shelling out for the Lightning is definitely a victory for the Alias driver. 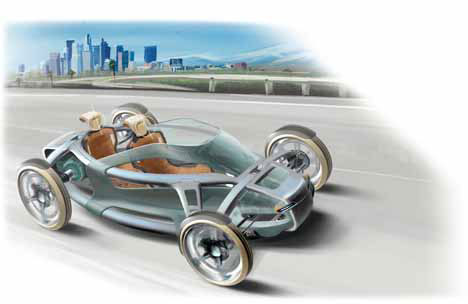 (images via: LA Auto Show)
Toyota’s RLV (Renewable Lifestyle Vehicle) was entered into a design contest in Los Angeles as a dual-mode (electric or manpower) method of transportation in a world that’s facing increasingly scarce fuels. In the words of the LA Auto Show design entry, the dual modes reflect Los Angeles’ two most frequently used speeds – 75 and 5 mph . 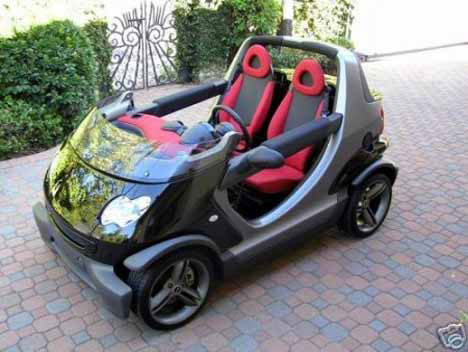 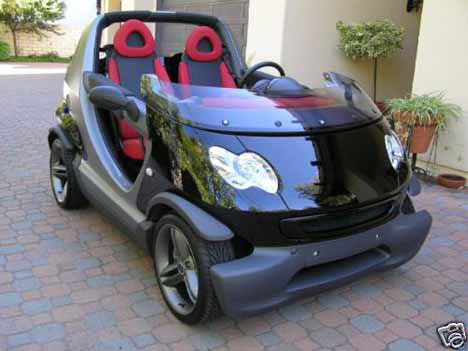 (images via: Auto Blog Green)
No doors, no windshield, no problems, right? The Smart Crossblade was one of the boldest design steps by Smart in the early 2000s, as they found a way to remove everything from their vehicle but the safety features and find a market for it. Of course, that market was in Europe – Smart hadn’t yet made the jump to the U. S. market, and no American state has granted the Crossblade street-legal status. In spite of that setback, it’s definitely the coolest path to 40mpg. 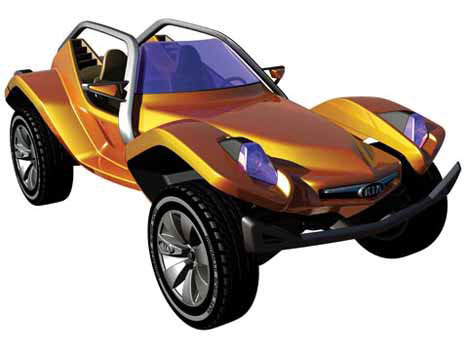 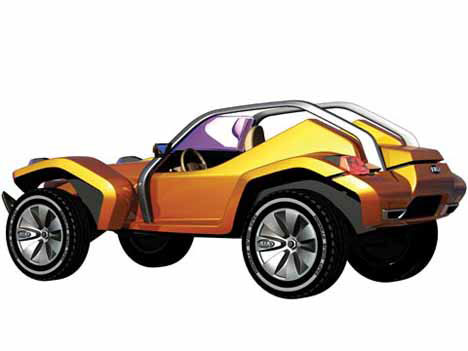 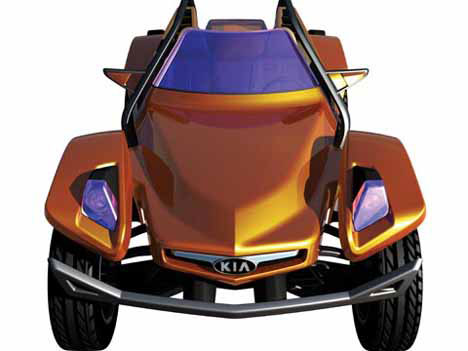 Kia took the whole ‘sustainable development’ bit to the extreme with their sandstorm, and while hardcore environmentalists aren’t going to be pleased that it’s still designed to run on sand dunes, this dune buggy is comprised almost entirely of PETE recycled plastic, features solar-powered cooling systems, and runs on a diesel-electric hybrid drive. You can even swap out the body panels at will – if you’re not into orange, or red is just boring after two weeks, skip a trip to the paint booth; the PETE just slides in and out for a different look. Still not sure you’re in for at least one of the burgeoning green car craze after seeing these designs? You’d better get ready – Ford has announced that they are re drastically shifting resources from SUVs into other forms of transportation, and these are the cars that are driving the discussion.